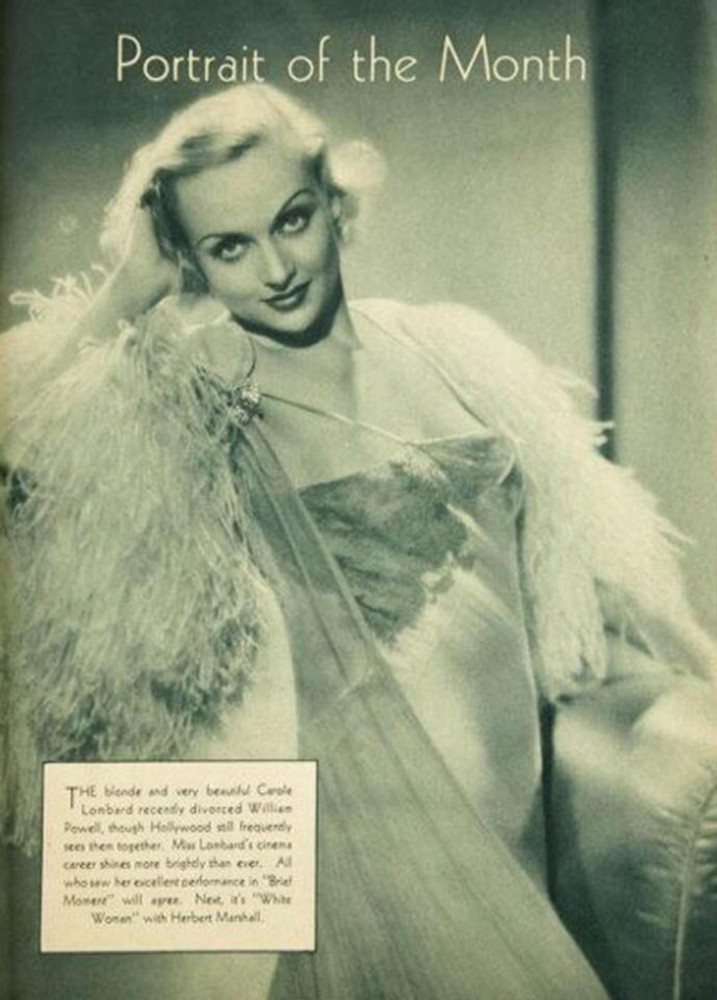 Carole Lombard was moving up in the movie world in 1933, as this fan magazine portrait shows. (It also makes clear that Charles Laughton was not Paramount's initial choice to co-star with her in the potboiler "White Woman.") The trade press also took note of Lombard's assignments, among them the Hollywood Reporter.

Three issues of the Reporter, featuring Carole in front-page casting blurbs, are now up for sale at eBay. I'd like to tell you more about them, but the seller only shows the fronts and the trade paper has minimal online presence in the Media History Digital Library -- the only issues that can be examined are from the first six months of 1933 and from January to June of 1934. More's the pity, because while the Reporter clearly had its biases, it provided solid coverage of the industry.

Chronologically, the oldest issue is from Jan. 28, 1933, where we learn Lombard was to star in a Paramount programmer titled "Dead Reckoning": 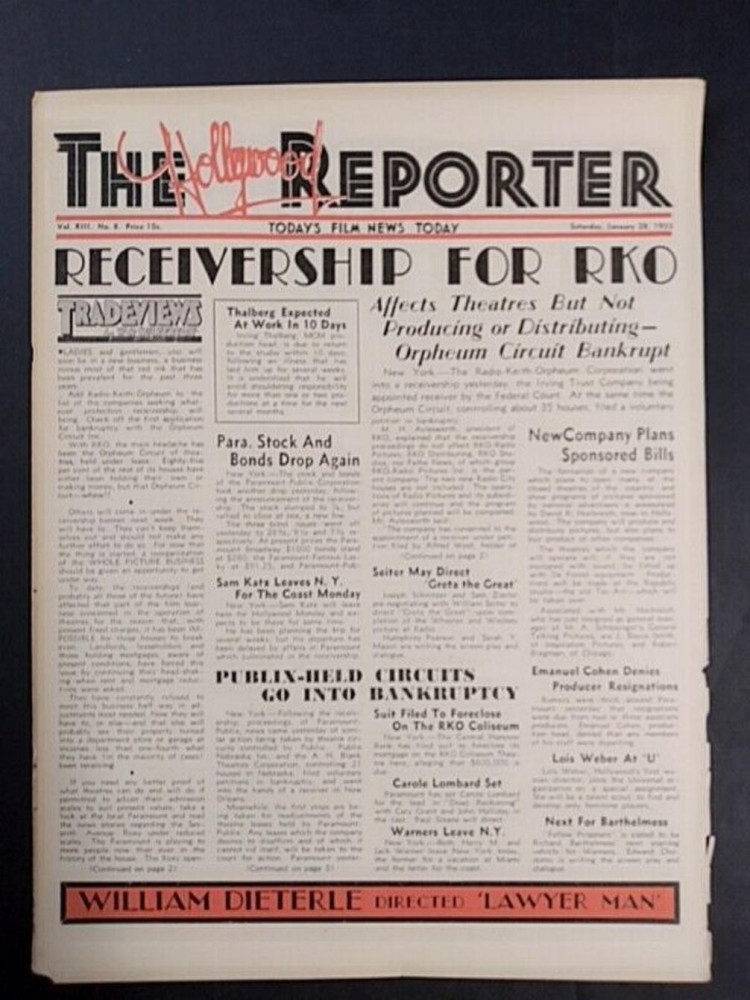 No film named "Dead Reckoning" apparently was made in 1933. Also note that RKO became the second studio in as many days to go into receivership, following Paramount. This was the nadir of the Depression, and everyone in the industry was hurting.

On July 22 of '33, the Reporter wrote Lombard would star in the film "She Made Her Bed": 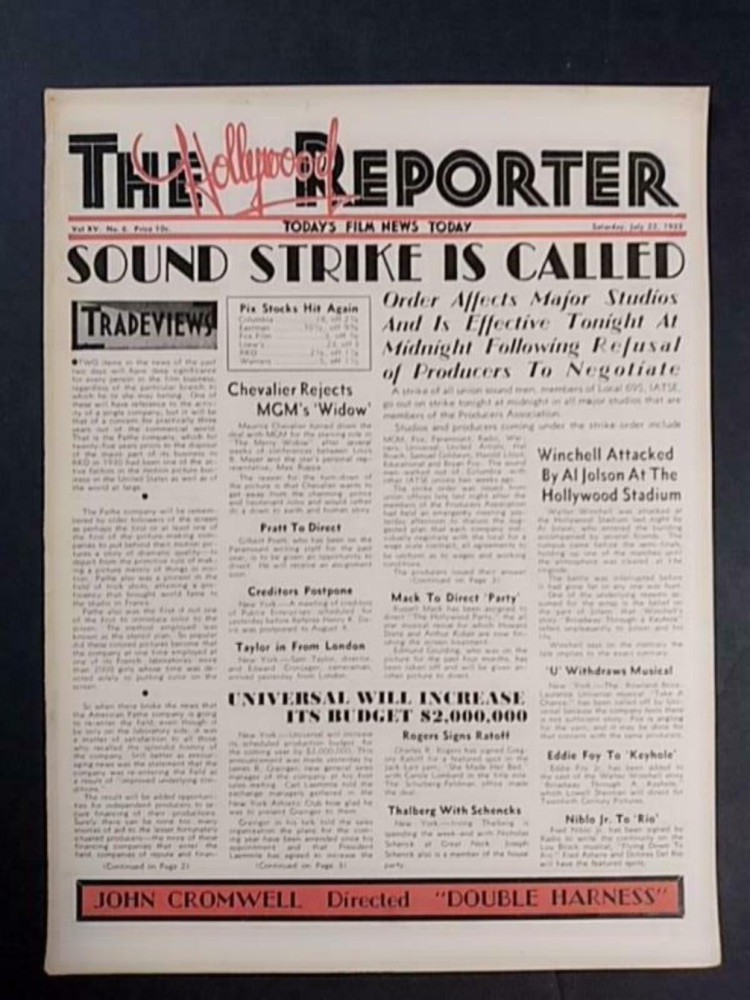 Not sure what happened to that project.

Finally, on May 28, 1935, Hollywood noted the merger of Fox with Twentieth Century, while In Lombard news, she agreed to star in "Spinster Dinner," made at Universai in 1936 under the title "Love Before Breakfast": 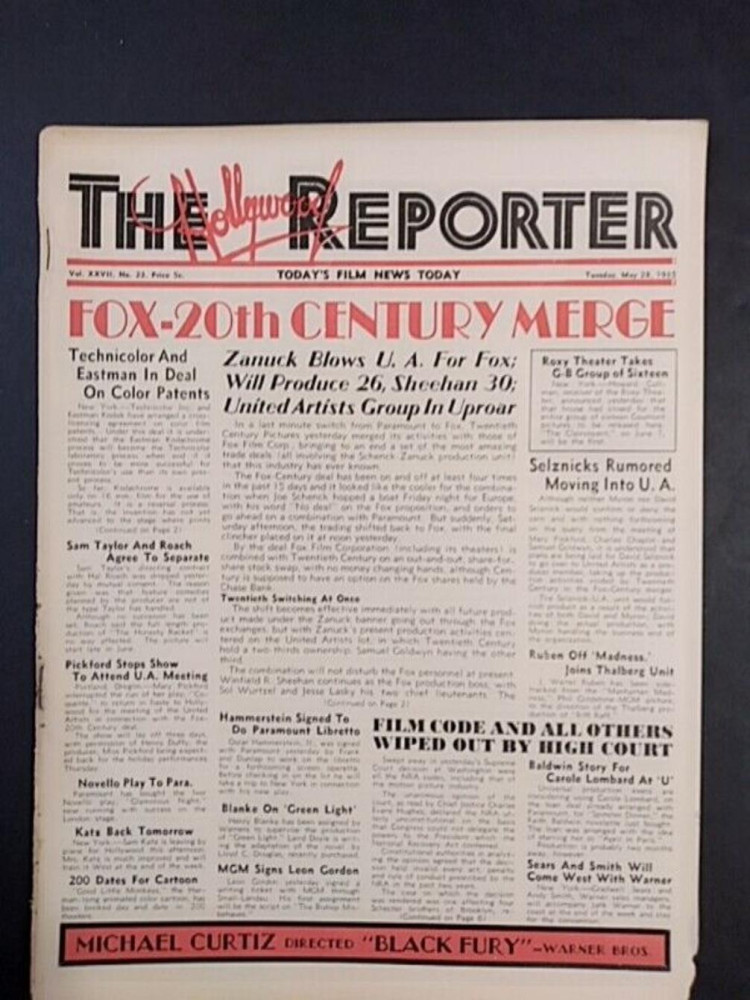