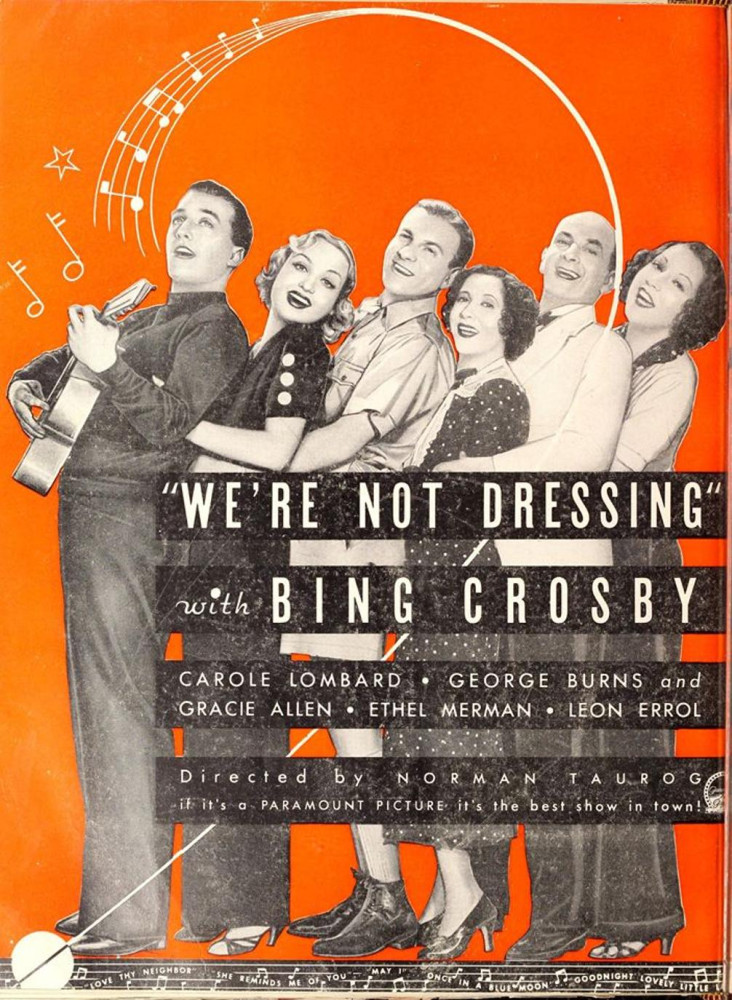 "We're Not Dressing" is a fun, if sometimes silly musical romp where Carole Lombard is Bing Crosby's leading lady, complemented by Ethel Merman, Leon Errol and as comic relief, George Burns and Gracie Allen. It was filmed in early 1934, much of it on Catalina Island.

But at the tail end of 1933 (Dec. 26 to be precise), the first rough draft of the script was handed into Paramount... 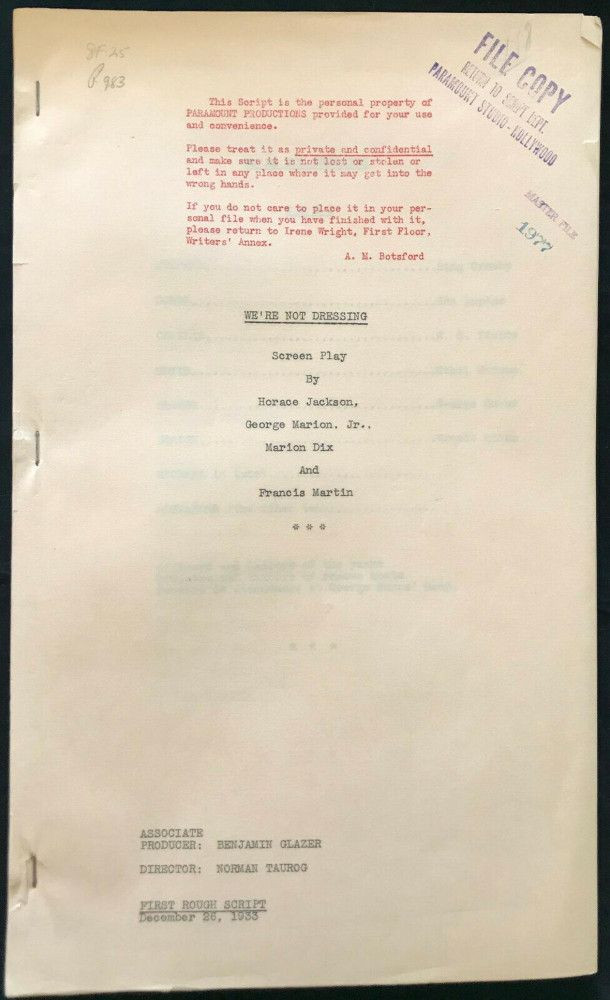 ...but a glance inside provides a glimpse into an alternate casting universe. Crosby's there, of course, warbling several songs. So are Burns and Allen, along with Merman (still perceived in Hollywood as more an actress than a singer). However, Lombard and Errol are both absent from this cast list. Look who's in their places. Ida Lupino, rather than Lombard, as the leading lady? Take a look at a still from that time: 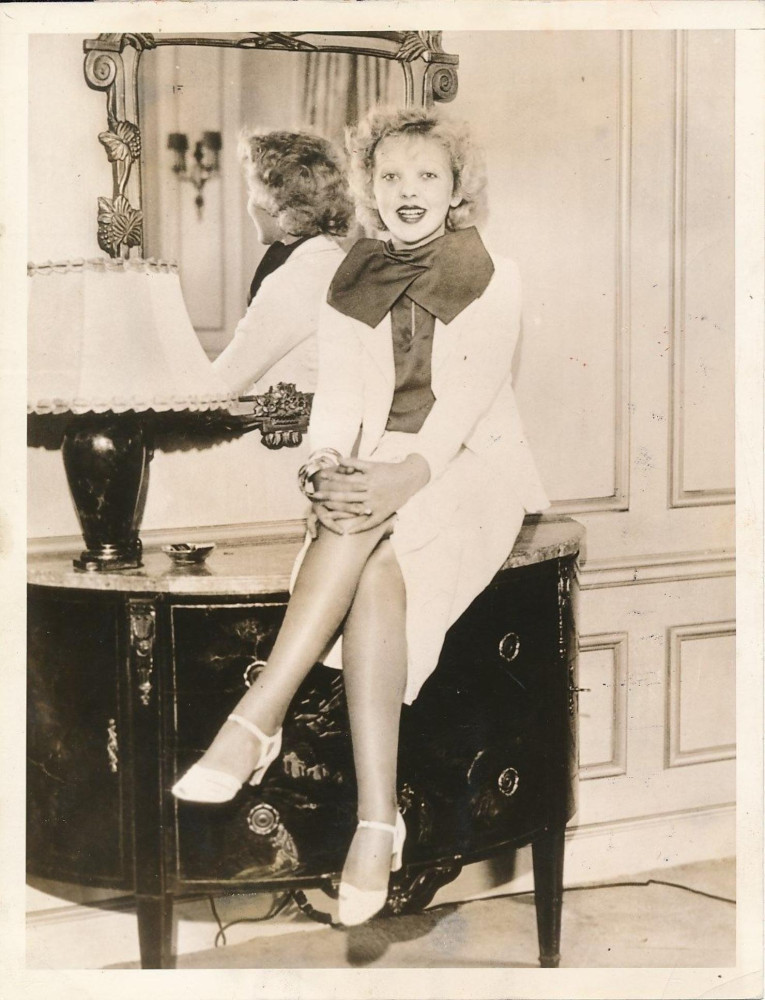 As 1933 ended, Ida was little more than a month away from turning 16. Paramount had brought the English juvenile to America to play the lead in its all-star "Alice In Wonderland," until the studio realized she was simply too sexy for an Alice. So Lupino instead was initially cast as a wealthy, haughty heiress whose crew is stranded on a desert island until sailor Bing sets her straight. While Ida looked mature beyond her years, someone at Paramount -- studio officials, perhaps Crosby himself -- realized casting her at his love interest at 16 was asking for trouble. (Ida's American feature debut came in the raunchy pre-Code "Search For Beauty.")

The other possible cast shift involved a higher-profile actor than Errol... ...W.C. Fields, who had been at Paramount for several years and was in the midst of refining his later persona as an amiable, funny drunk (much the same image as Errol, who probably came cheaper).

Other elements from this rough draft include a caveat... 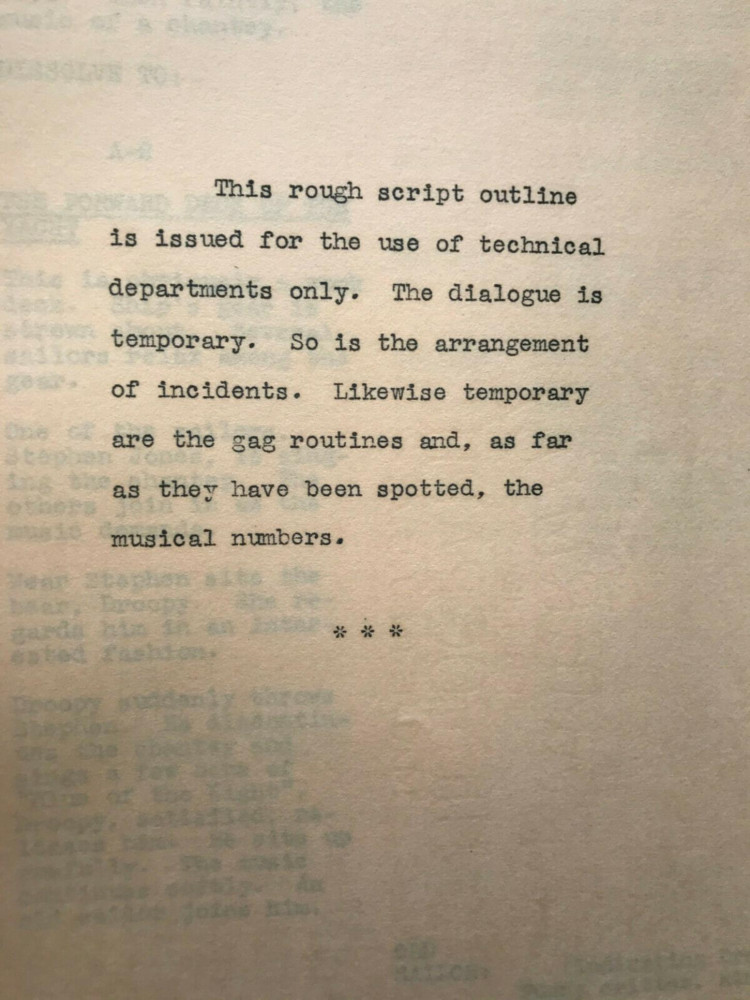 ...as well as two examples of Burns and Allen humor, one including her famed "brother": 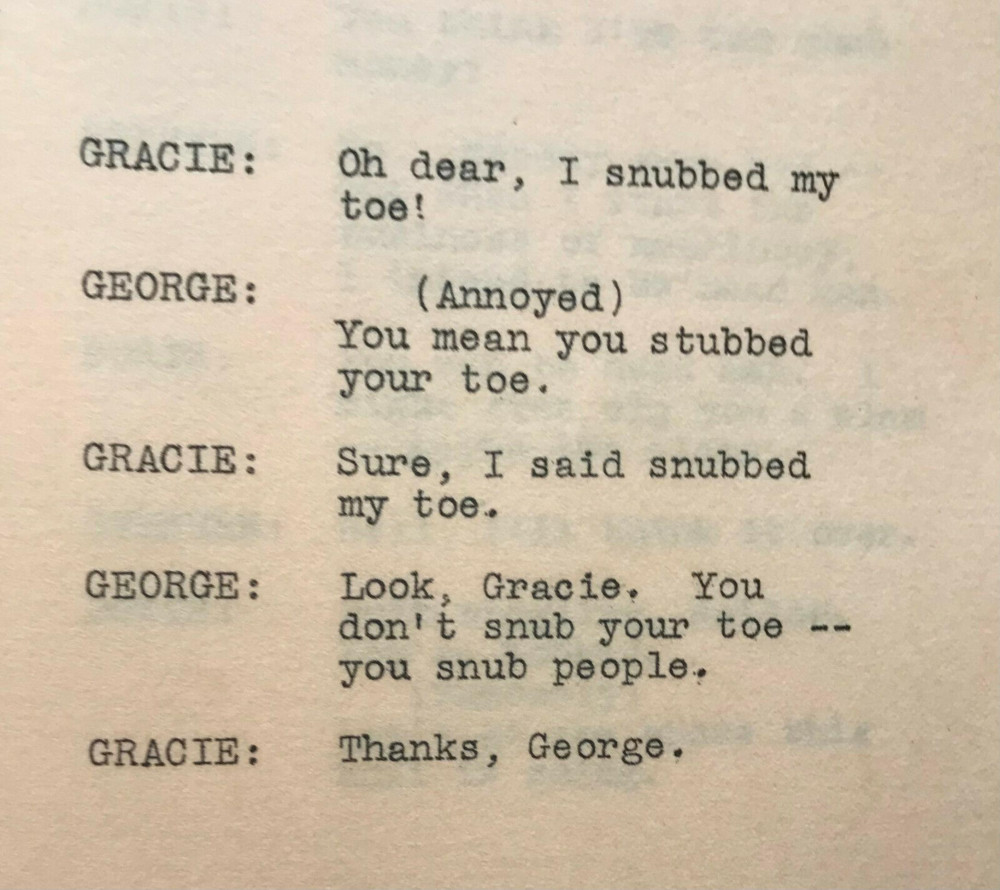 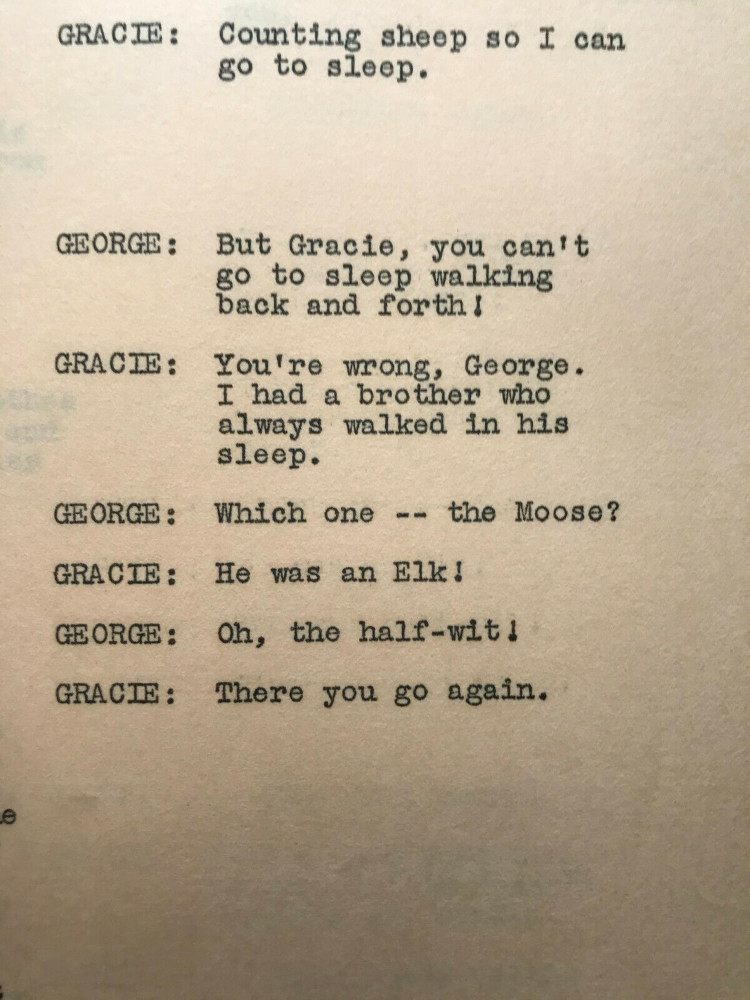 The script is in very good condition with some light handling. More info from the seller: