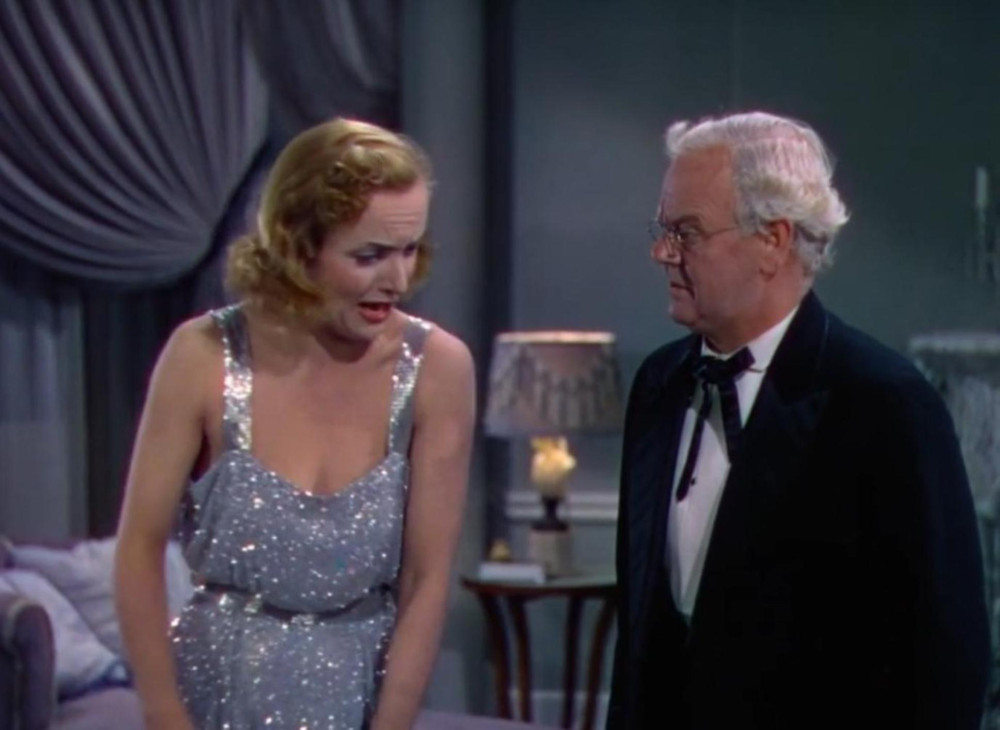 "Nothing Sacred" is arguably the most cynical of Carole Lombard's films, casting her as a small-town Vermont girl erroneously diagnosed with radium poisoning who seeks to parlay the mistake into a trip to New York City, courtesy of a daily which wants to use her plight as a circulation booster. Lombard (shown with Charles Winninger as her doctor with his own avaricious intentions) and reporter Fredric March soon find the truth about their mutual scam; meanwhile, they've fallen in love.

The 1937 Technicolor movie has been in the public domain for some time and has been upgraded and remastered several times. But collectors of obsolete video formats -- specifically laserdiscs -- are in for a treat. Several laserdisc copies of the film are available at eBay. 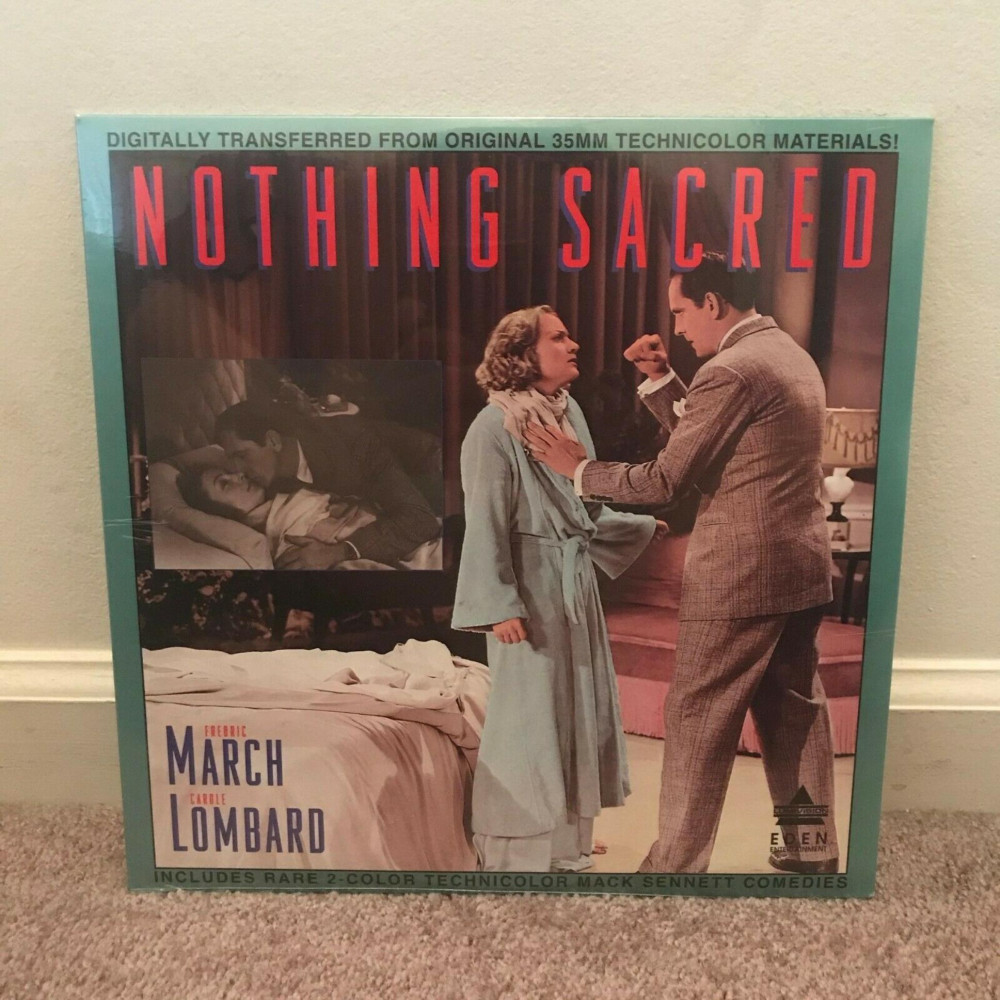 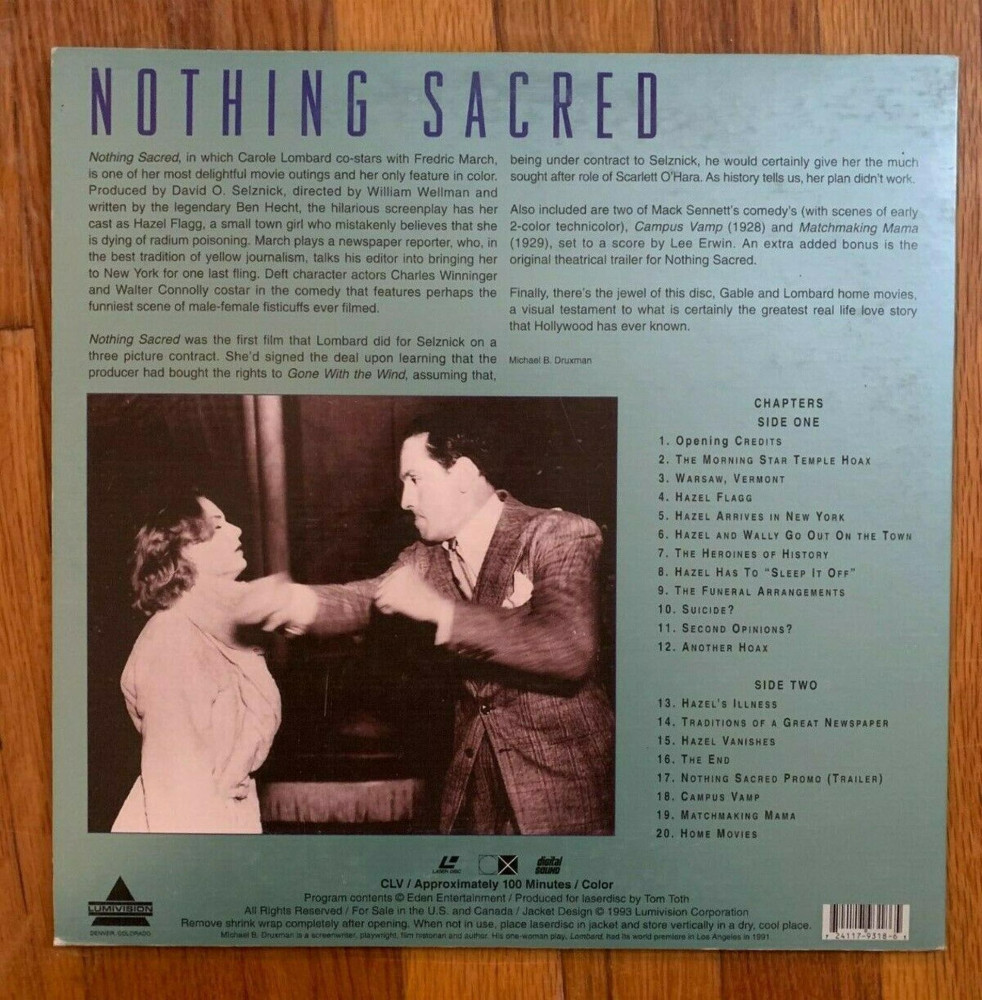 This version was issued in 1993 and has several extras, including the "Nothing Sacred" trailer, two of Carole's Mack Sennett two-reelers ("The Campus Vamp" and "Matchmaking Mamma," both with two-strip Technicolor sequences), and home movies of Lombard and second husband Clark Gable. Liner notes were written by longtime friend Michael Druxman.

The other with this packaging is in used, but good condition. It sells for $3, or you can make an offer; this deal expires at 7 p.m. (Eastern) Monday. Learn more at https://www.ebay.com/itm/NOTHING-SACRED-Laserdisc-1937-Carole-Lombard-Fredric-March/333783487256?hash=item4db70bd318:g:AAkAAOSw59JfqYlR.

Both of those are from Eden Entertainment, but the third is from a more recognizable name to classic Hollywood collectors -- Kino Video: 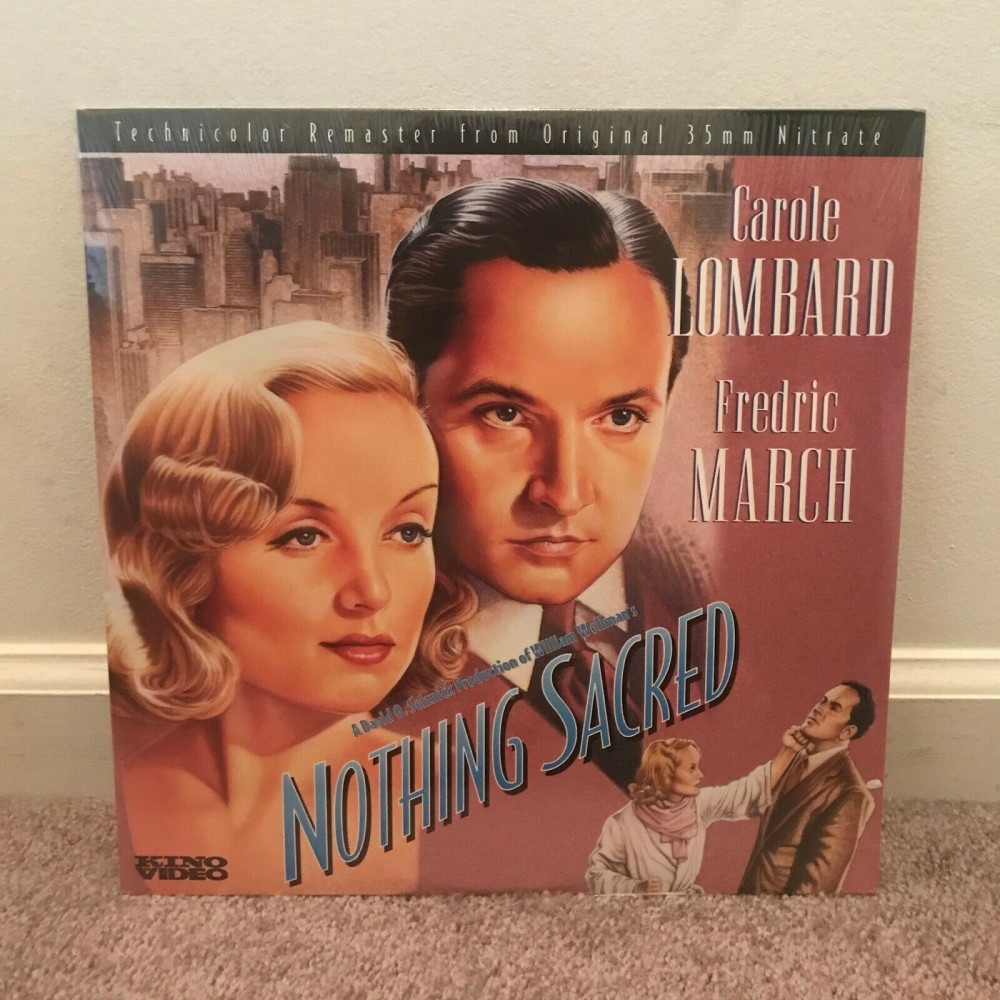 I have no knowledge of extras here (the back cover is unavailable), but even then Kino had a good rep for this sort of thing.

Some good choices if you're among the few who remain laserdisc buffs.
Collapse