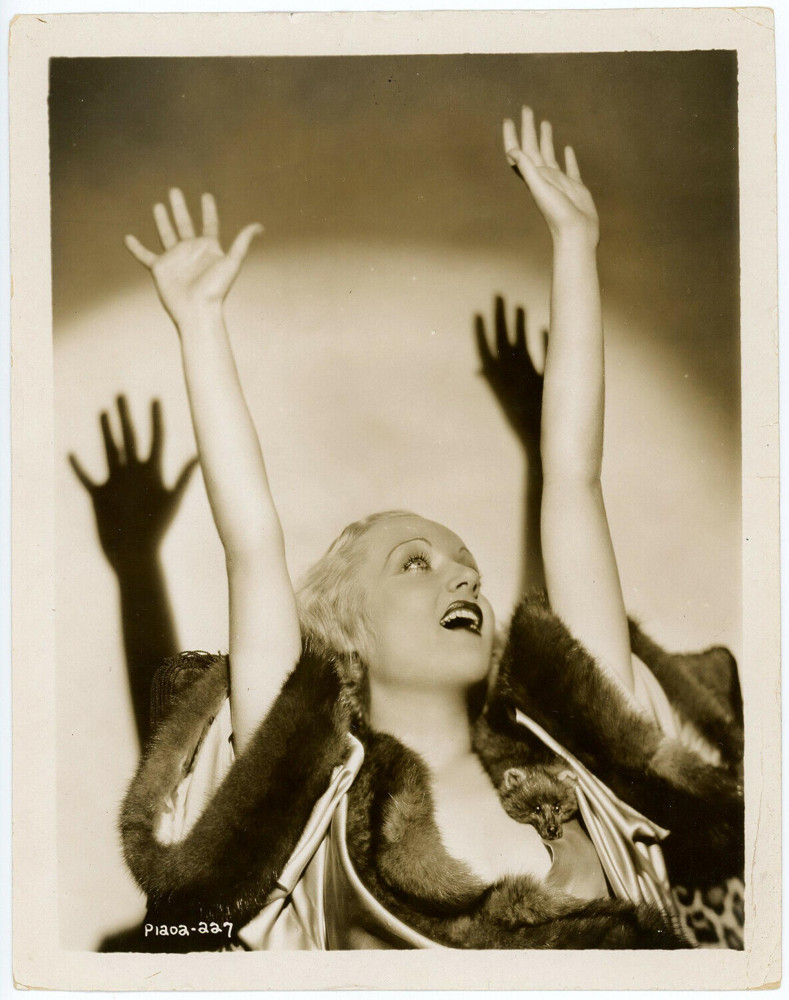 When you find a heretofore unseen Carole Lombard Paramount p1202 image, such exultation as seen above is a perfectly natural response. This is p1202-227 from early 1932; I have no idea what Lombard is raving about (the back of the photo is blank), but it's certainly a lively picture. In fact, let's show how it looks at slightly larger scale, without the border: 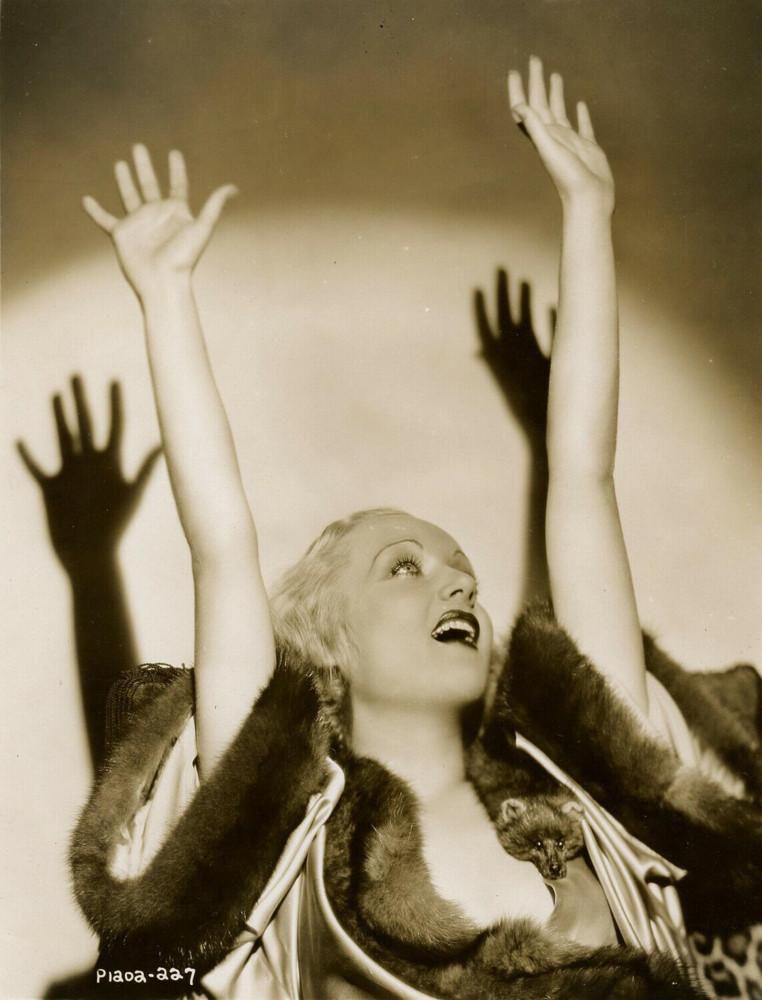 The seller refers to this picture as "exuberant, vintage and original," adding:

"With high energy and high glamour, Lombard revels in the spotlight as she joyously throws her arms up into the air. This lively portrait perfectly captures Lombard's singular beauty to perfection."

Perhaps while posing, Lombard was listening to this wonderful performance, recorded in April 1931, from the greatest of all jazz vocal groups, the Boswell Sisters. This release put them on the map, and they sang it again in the 1932 Paramount film "The Big Broadcast." The Bozzies were more than singers, but jazz musicians trained in their native New Orleans; although they were white, many listeners initially thought they were black. I absolutely love this record with its intricate harmonies and changes in tempo, and would not be surprised to learn Carole liked it too.