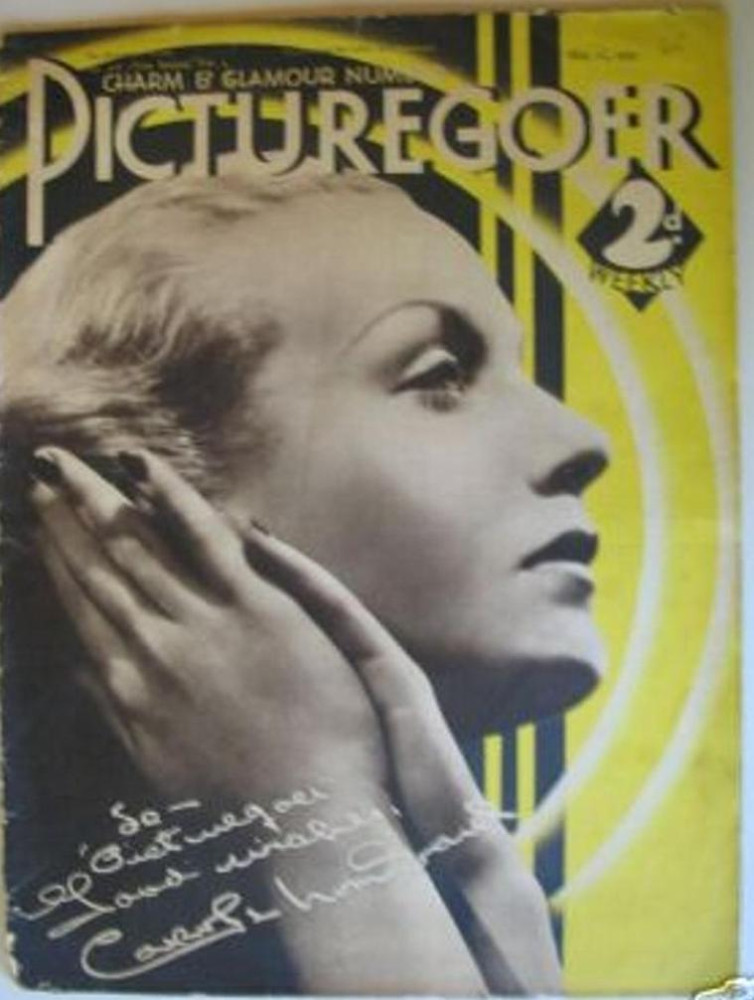 One advantage British fan magazines of the Golden Age had on their American counterparts is that they published weekly, not monthly, and news and film reviews thus were more up-to-date. One of the UK's best publications was Picturegoer, where Carole Lombard is shown on the cover in May 1935. 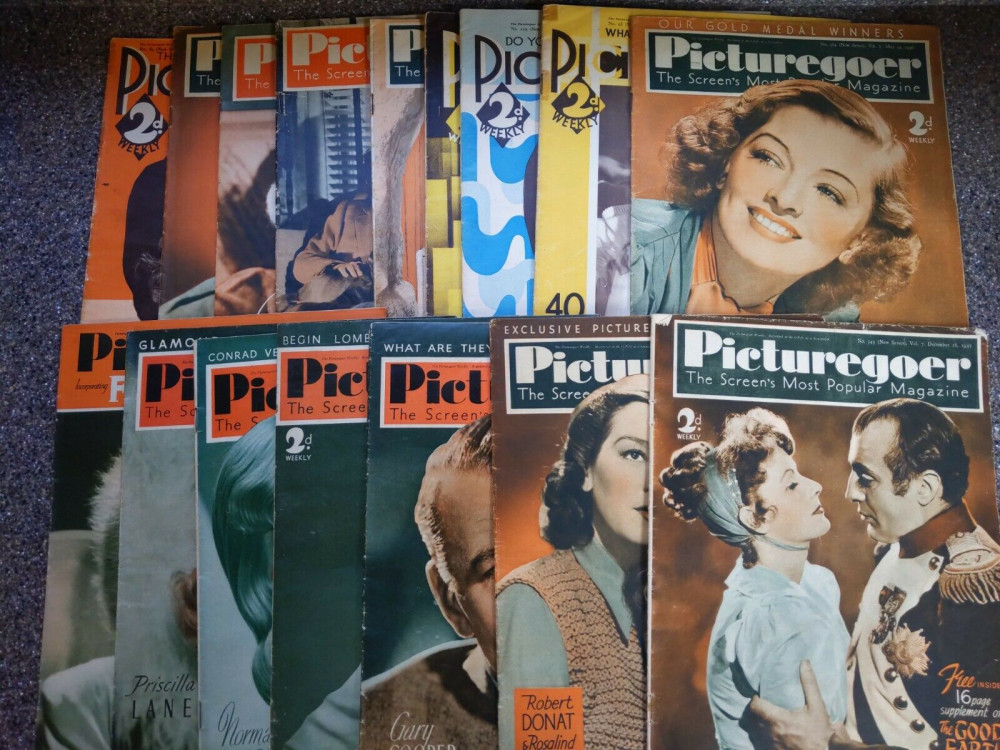 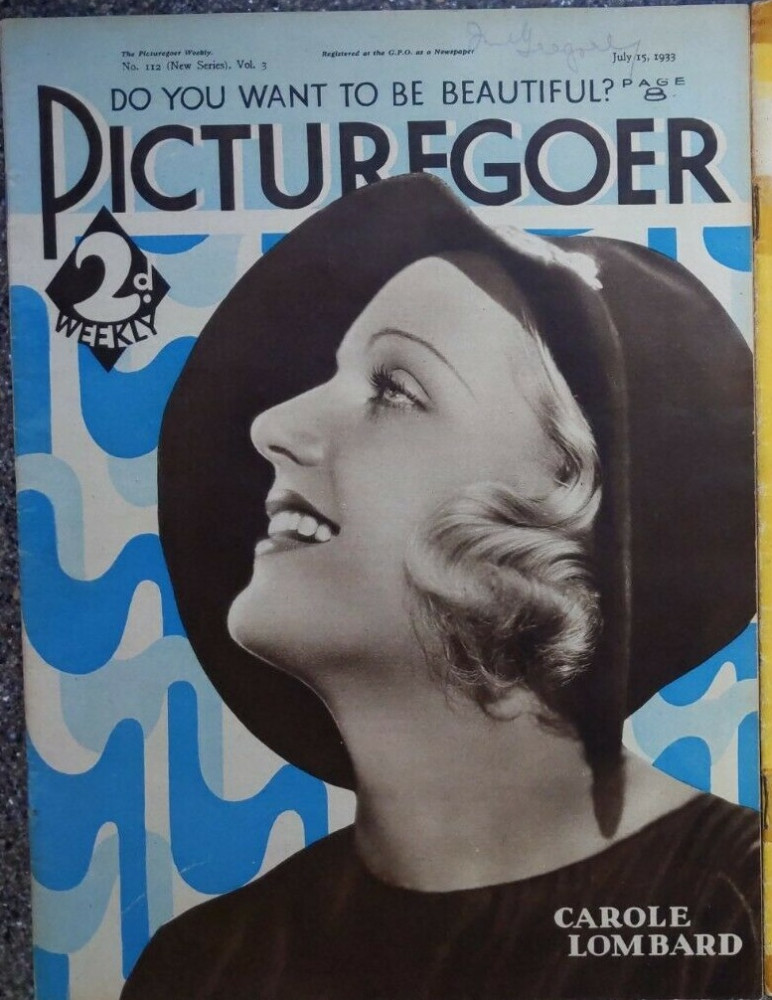 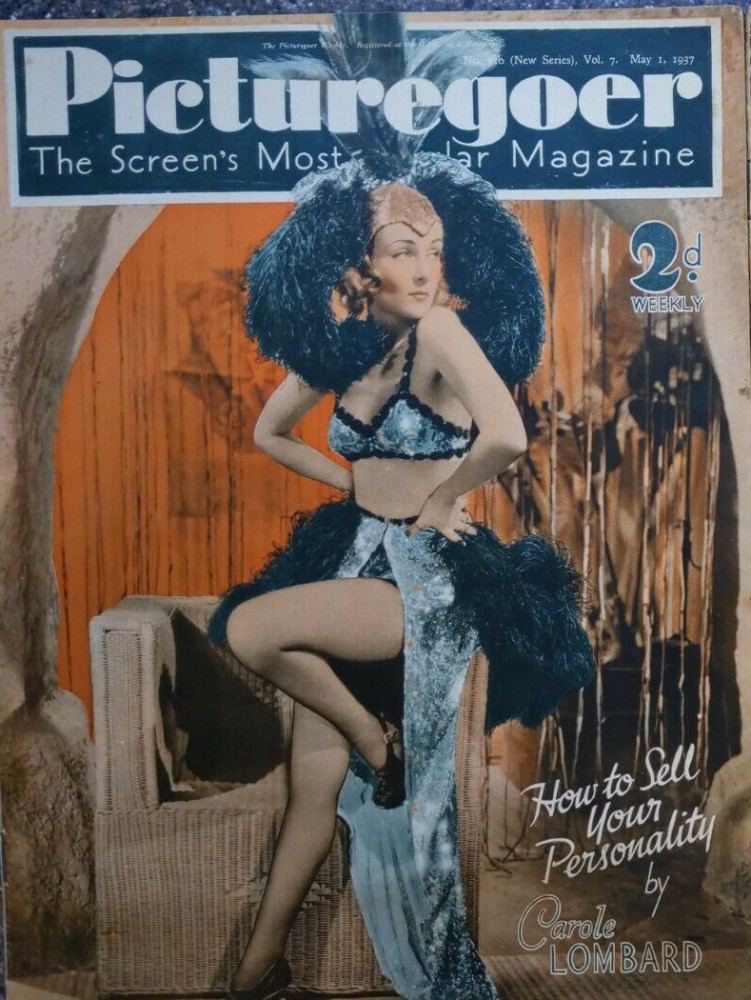 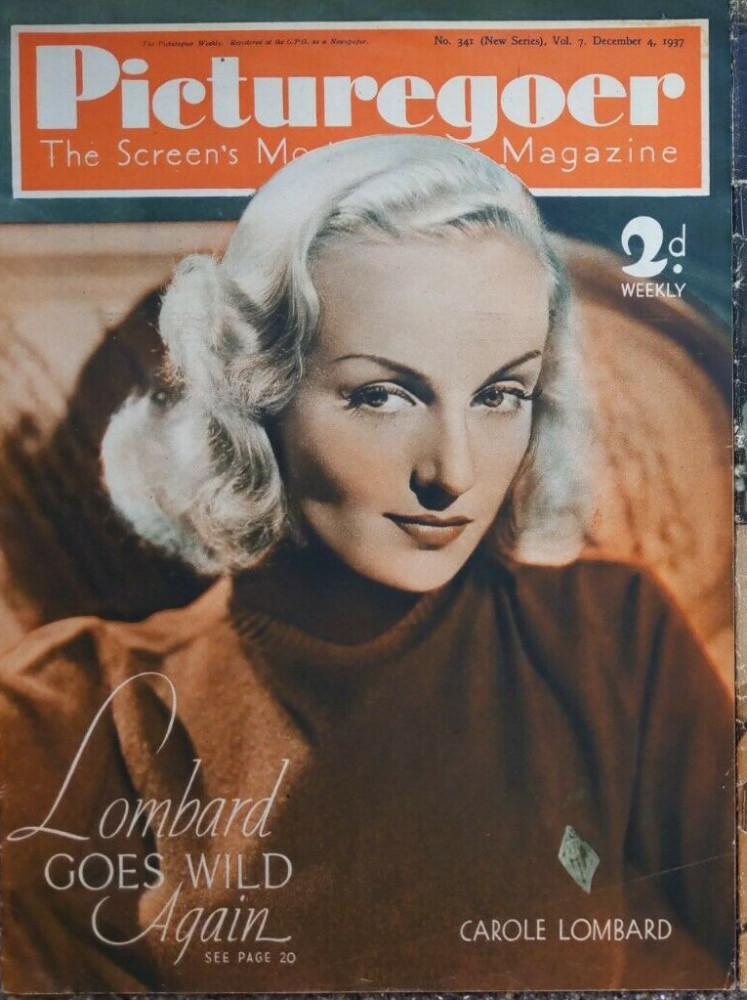 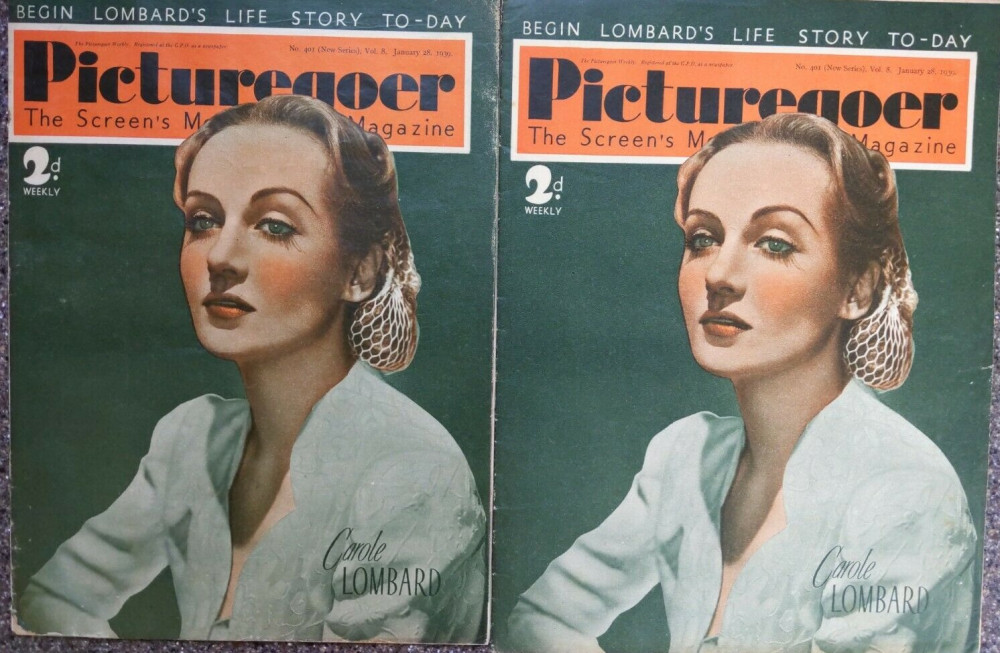 The issues are said to be in very good condition (with some wear to be expected from publications more than 80 years old).

Five bids have been placed as of this writing, the highest at $20.50; the auction is slated to end at 6:30 p.m. (Eastern) Tuesday. You can place your bid by going to https://www.ebay.com/itm/124348549540?ssPageName=STRK%3AMEBIDX%3AIT&fromMakeTrack=true.
Collapse