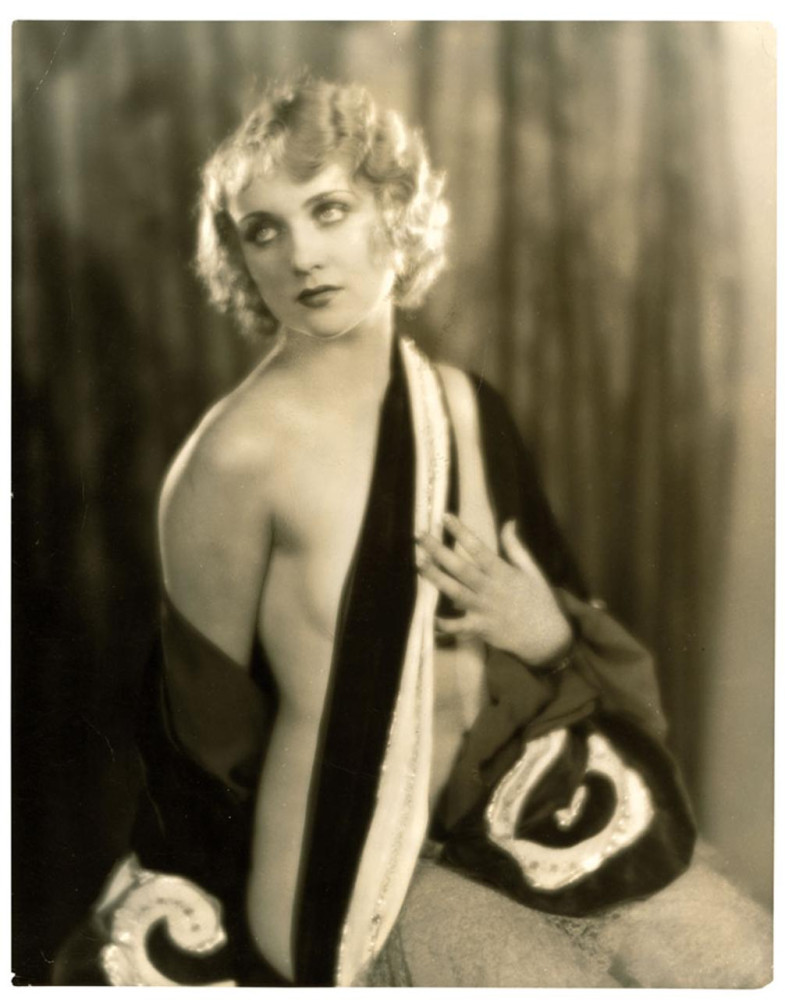 Something like this probably is the mental image Carole Lombard fans conjure when one mentions her photos for Pathe: A sensual shot taken by William E. Thomas, where the starlet -- just out of her teens -- shows off plenty of skin in a racy environment.

But note there's no "cl-xx" number listed, so you didn't see that in yesterday's first part of our salute to the image Thomas took of Lombard in 1928 and 1929, helping Carole transition into her adulthood and occasional sensuality. In today's part 2 of our retrospective, some more pics of her from this crucial era. Again, this is in numerical order. 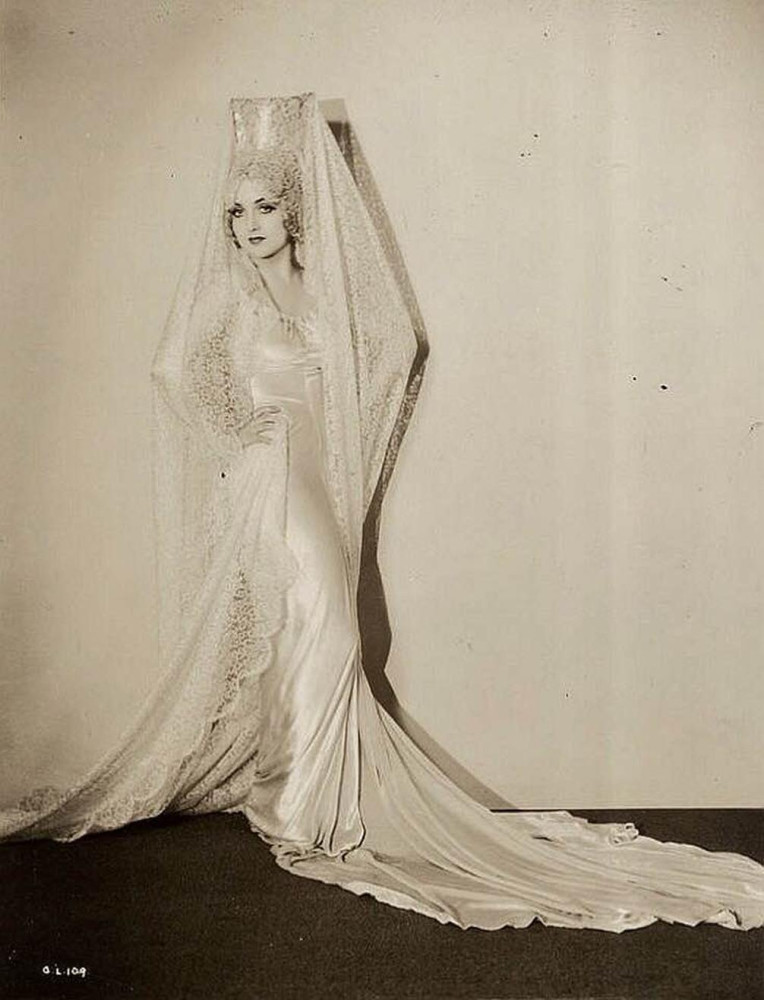 In cl-115, Carol (Pathe's spelling of her first name discarded the "e") discreetly displays lots of skin. Even better, there's a snipe on the back about the 20-year-old known as "Carol of the curves": 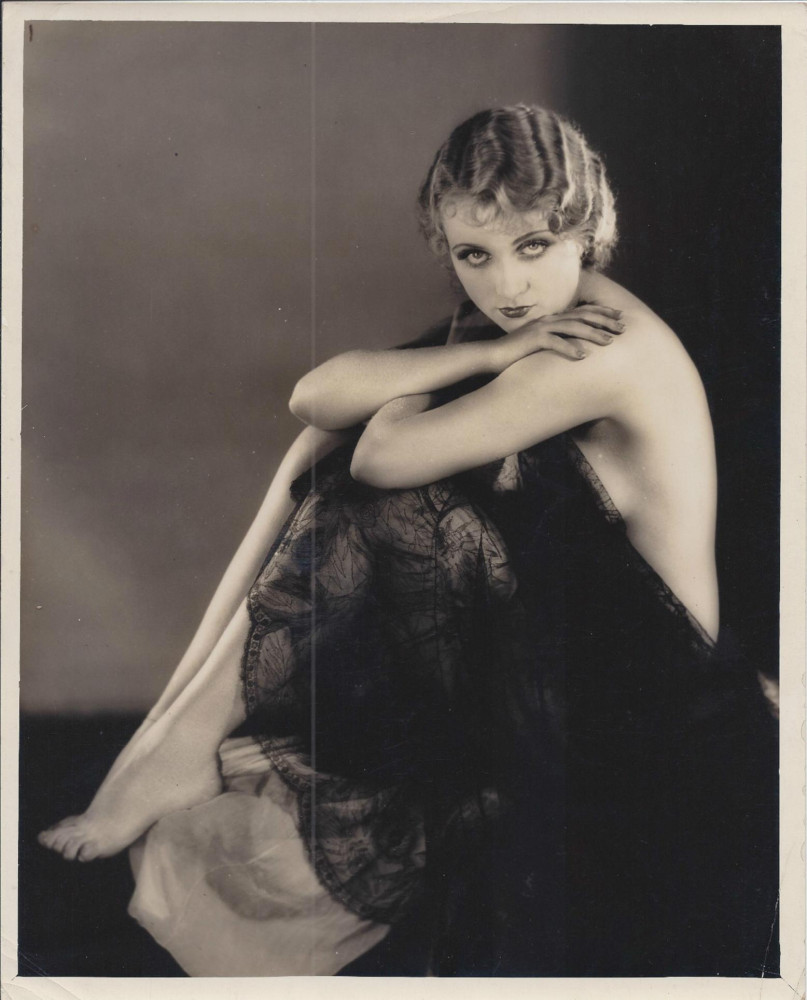 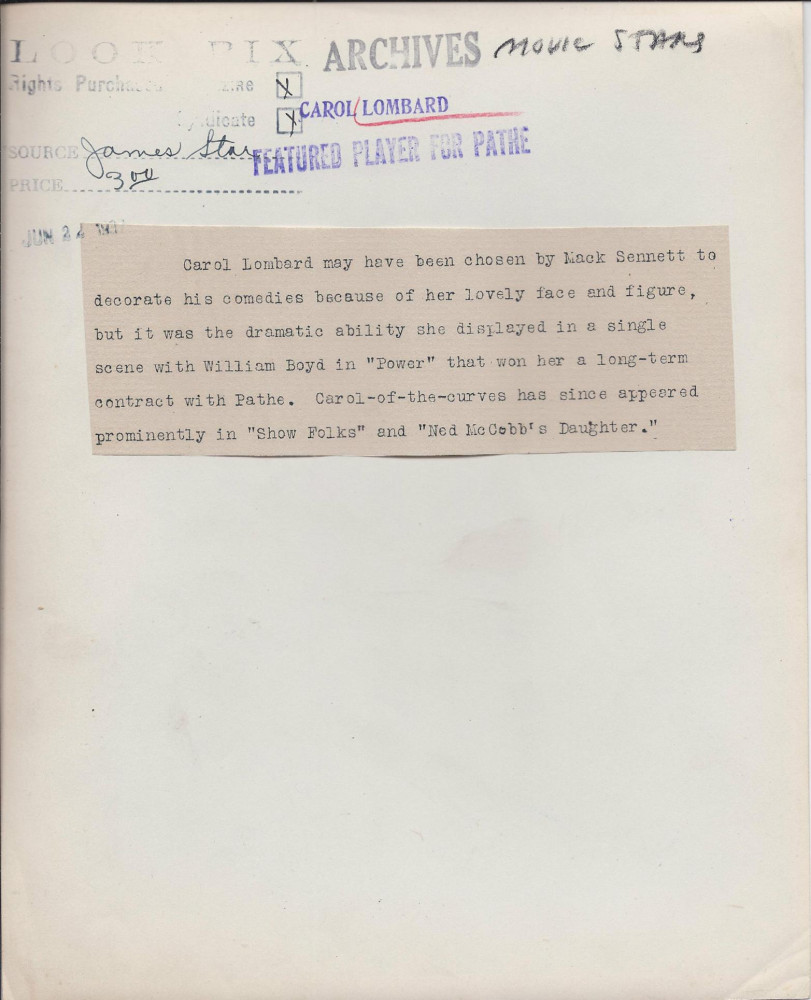 The snipe has a reference to "Look Pix," and I'm guessing the young photographic news magazine considered using it in its May 11, 1937 profile of Lombard and Clark Gable. Look instead chose a few other Pathe-era pics, including this one at lower left: 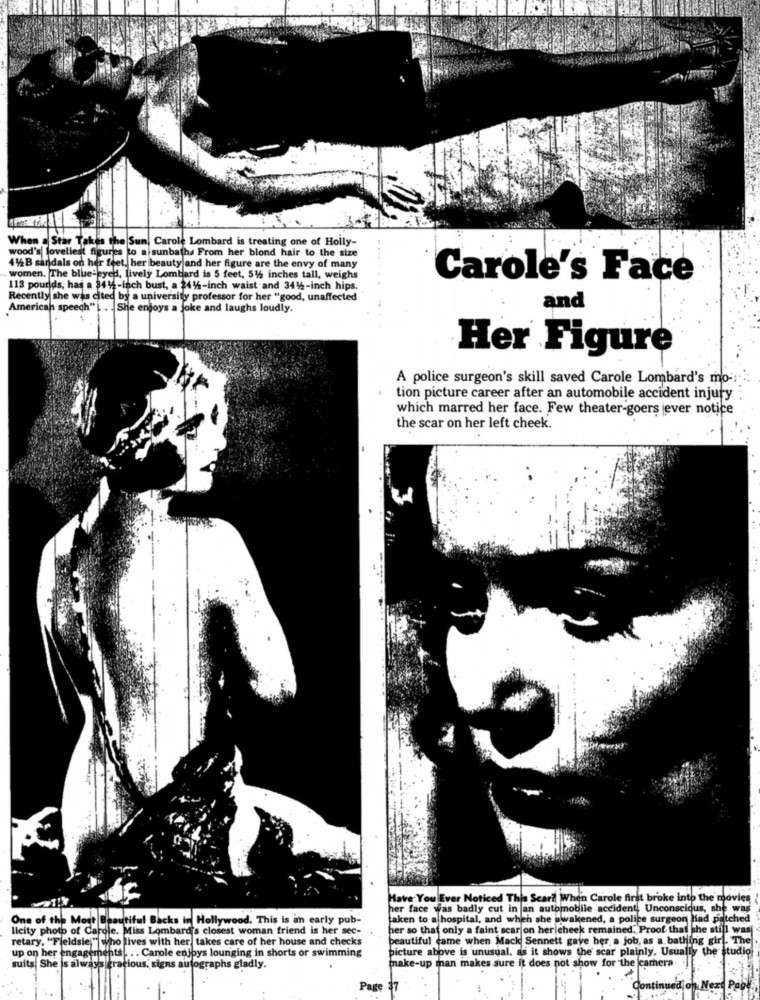 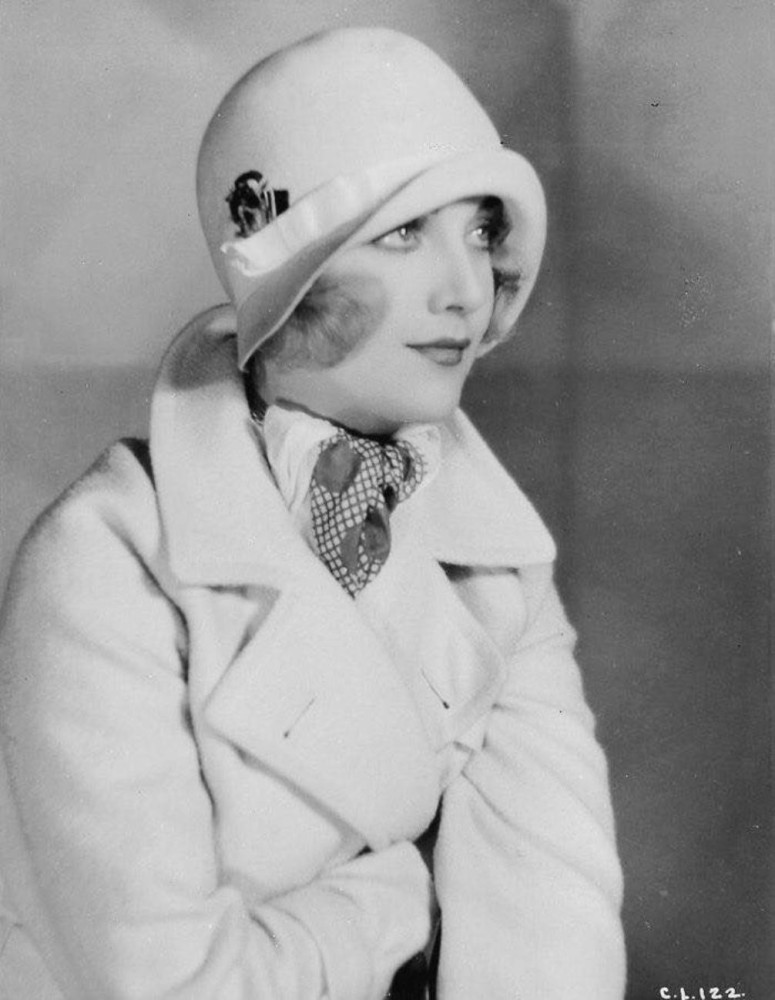 How would you describe cl-171? I'd probably use the adjectives "demure, yet leggy": 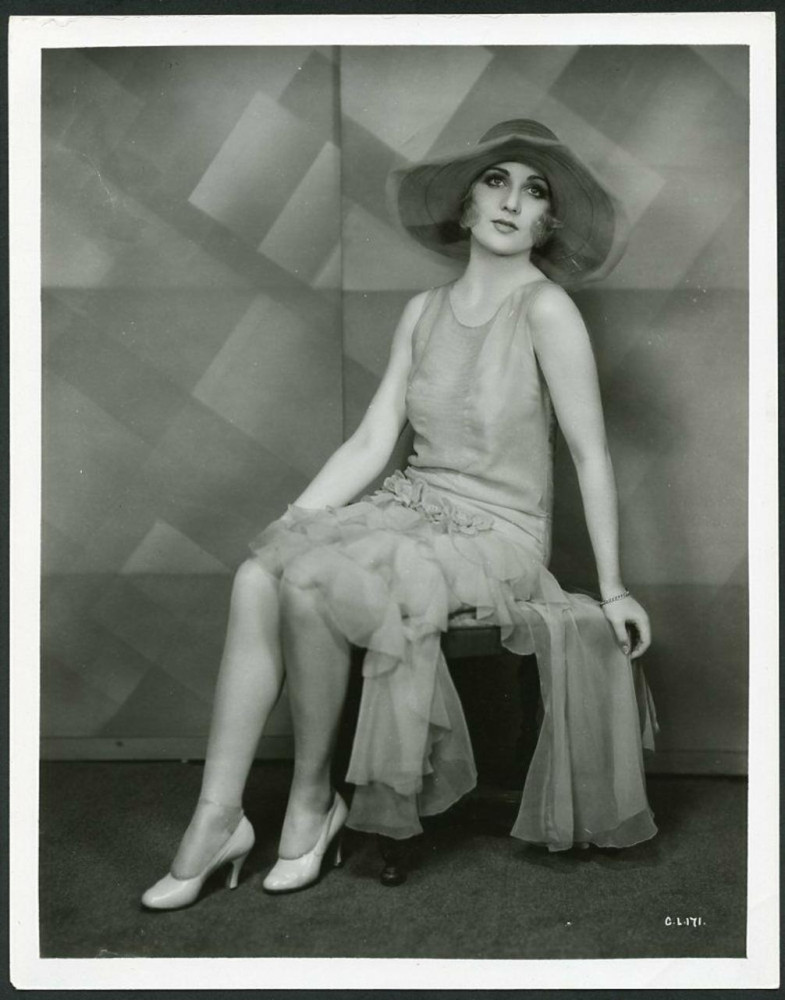 Here's cl-197, a rather pensive portrait of the young star: 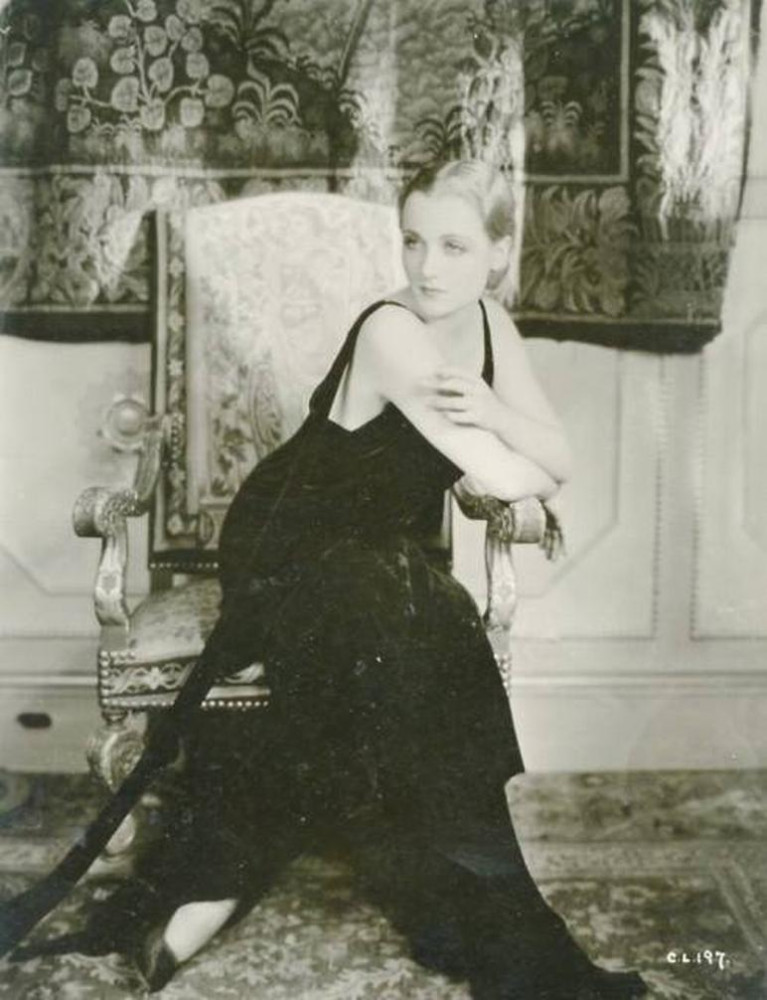 In cl-219, Lombard's head rests against a shiny pillow: 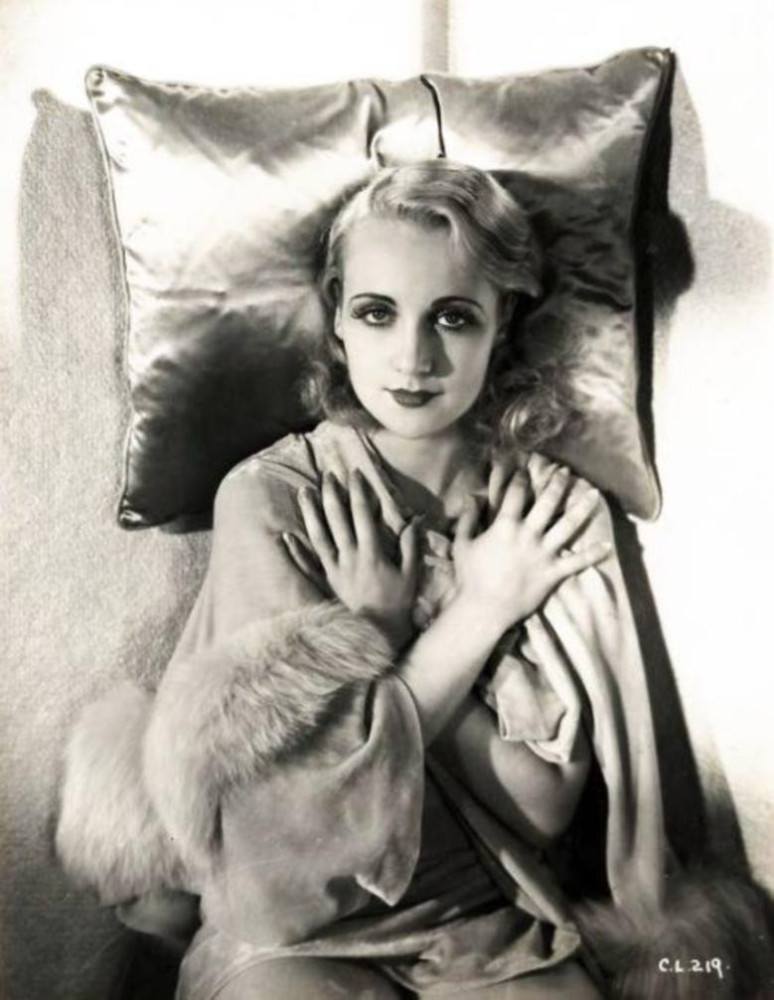 And finally, cl-225, where Carole's seductive in shiny sheer stockings: 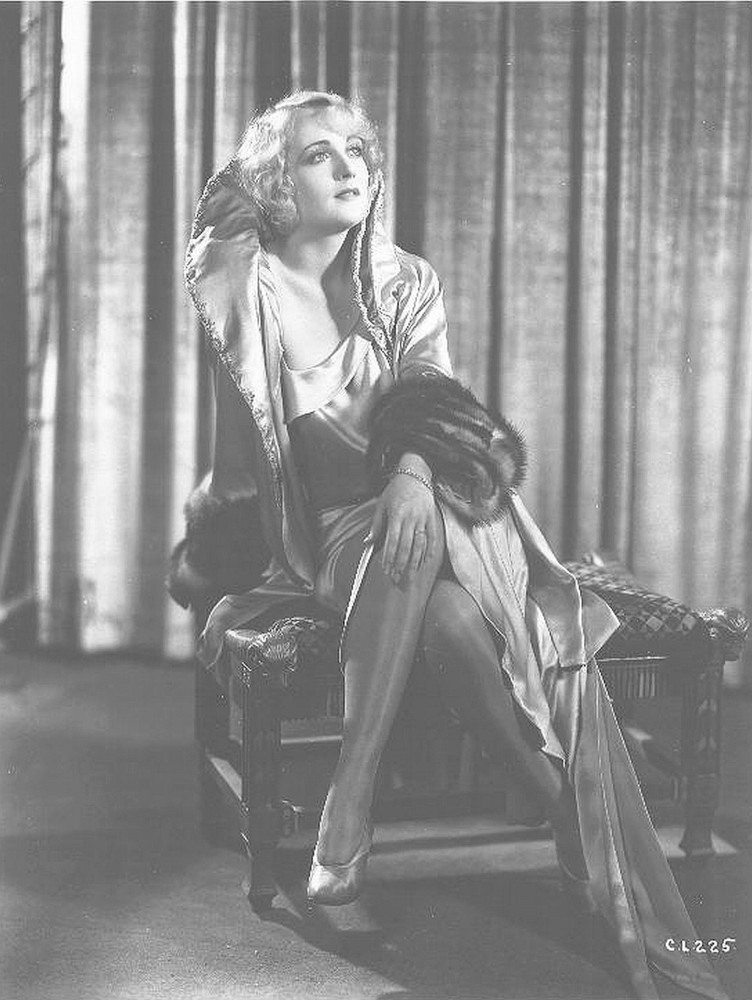 Some lovely pics, made the year before Lombard would wind up at Paramount, where she would be photographed for thousands of images through 1937.
Collapse