Carole Lombard's 1937 Technicolor comedy "Nothing Sacred" was infused with a huge dosw of cynicism, no surprise considering the caustic Ben Hecht wrote the screenplay, aided by the likes of Algonquin Round Table wit Dorothy Parker. Hecht, a former newspaperman, attacked the gullibility of the press as it fell for ballyhoo in the hopes of selling papers...such as the tale of a Vermont girl dying of radium poisoning whose wish is to visit New York in her final days (but Hazel Flagg, portrayed by Lombard, really isn't dying, unbeknownst to the newspaper sponsoring her).

Above is the cover of the "Nothing Sacred" pressbook, and in ensuing days we'll examine some of its contents -- beginning today with this full-page piece designed for newspapers, especially dailies with Sunday feature sections: 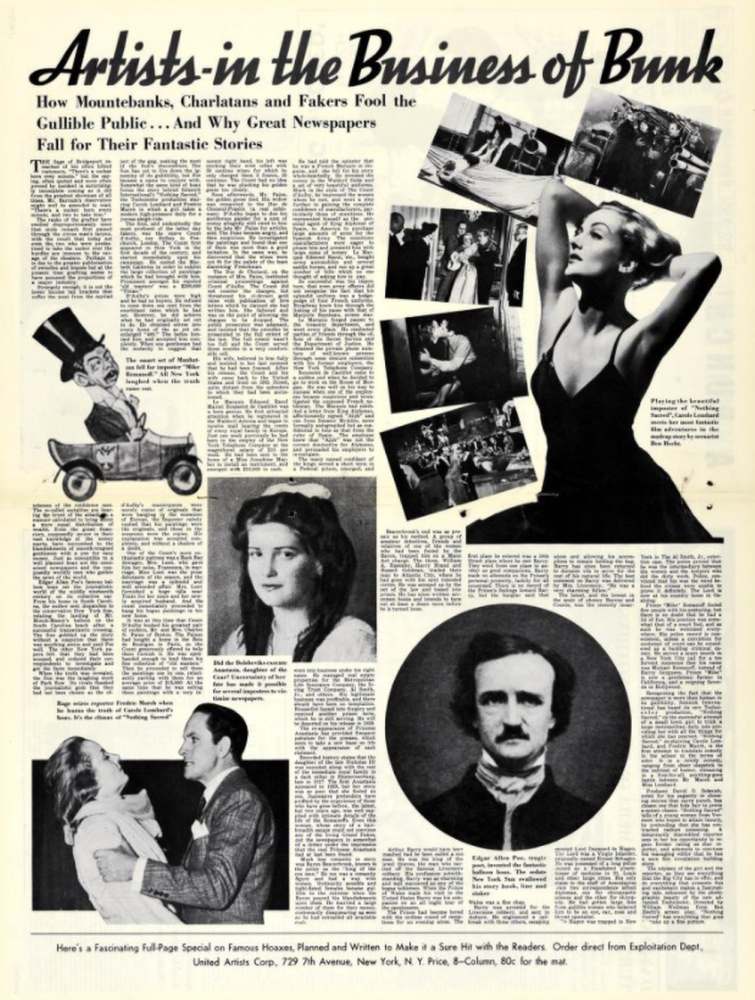 It examines famous hoaxes of recent times, including Michael Romanoff, who claimed to be of Russian royalty but was actually a former Brooklyn pants presser; he's an uncredited party guest in the 1938 Lombard film "Fools For Scandal" and ran a popular Beverly Hills restaurant for more than 20 years.

Another subject for hoaxes with Russian ties was Anastasia, the daughter of the czar, who disappeared in the wake of the Russian revolution. Several phony Anastasias popped upon throughout the '20s and '30s, though none were ever proven of royal blood. This year, the legendary story was turned into a teen time-travel fantasy, "Anastasia: Once Upon A Time," with Emily Carey in the title role, sent by Rasputin into a portal shipping her to small-town America in the late 1980s: 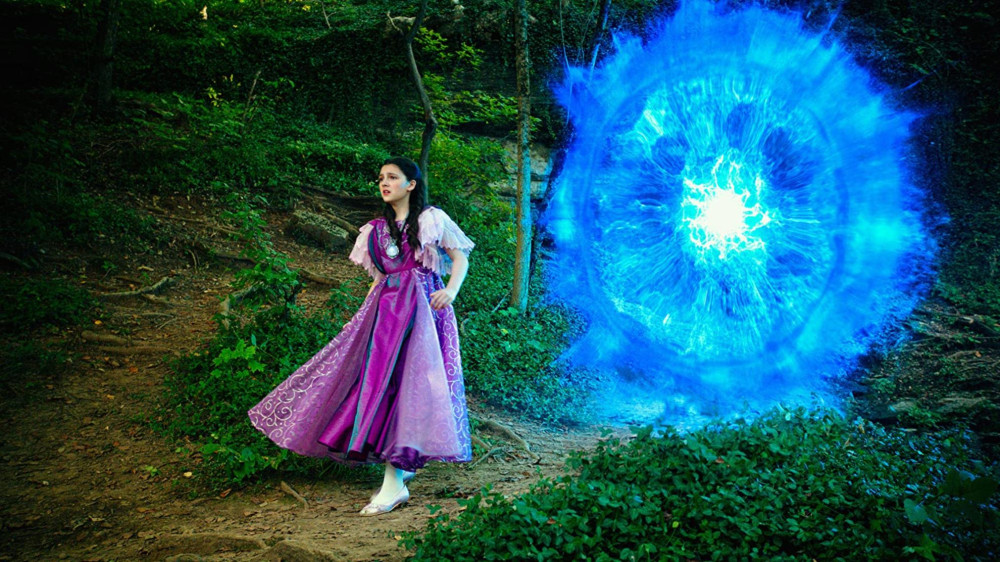 Most reviews at the Internet Movie Database have not been kind.

A search at newspapers.com to see if any papers used the page verbatim proved unsuccessful, but I found at least one instance where it was adapted into an article -- in the Brooklyn Eagle on Dec. 26, 1937: 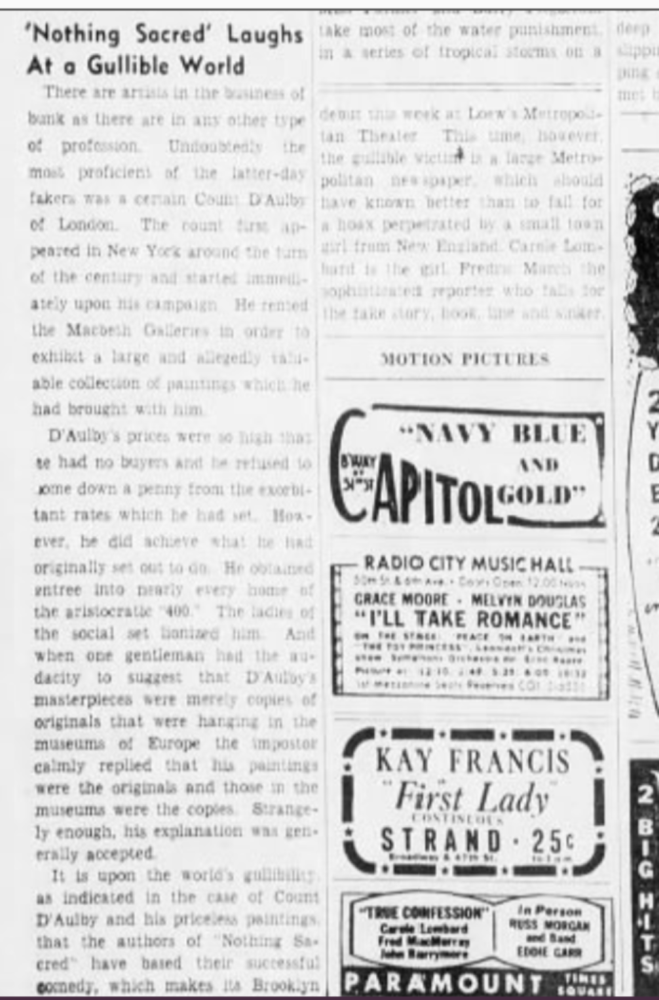 But Selznick International publicist Russell Birdwell had many other tricks up his sleeve to promote this film. We'll soon see several of them.
Collapse