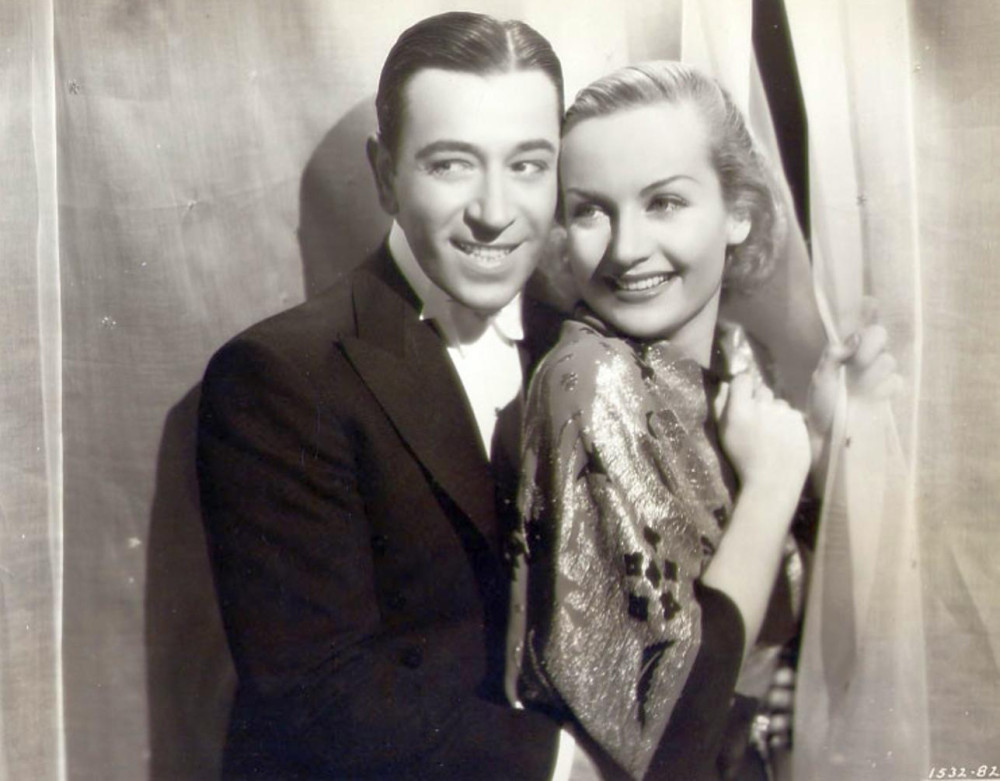 "Rumba," Carole Lombard's second dance film with George Raft, was released at the start of 1935 (it premiered Feb. 8, to be precise), but in many ways it ended an era for her. "Rumba" was arguably her last second-tier vehicle for Paramount; the four that followed not only were productions tailored for her skills, but had the same leading man in Fred MacMurray.

This film, unlike the Lombard-Raft collaboration "Bolero" the year before, was made after the Production Code was strictly enforced, denying viewers the opportunity to see Carole audition in her underwear (dammit!). It didn't do "Bolero"-level box office, either. 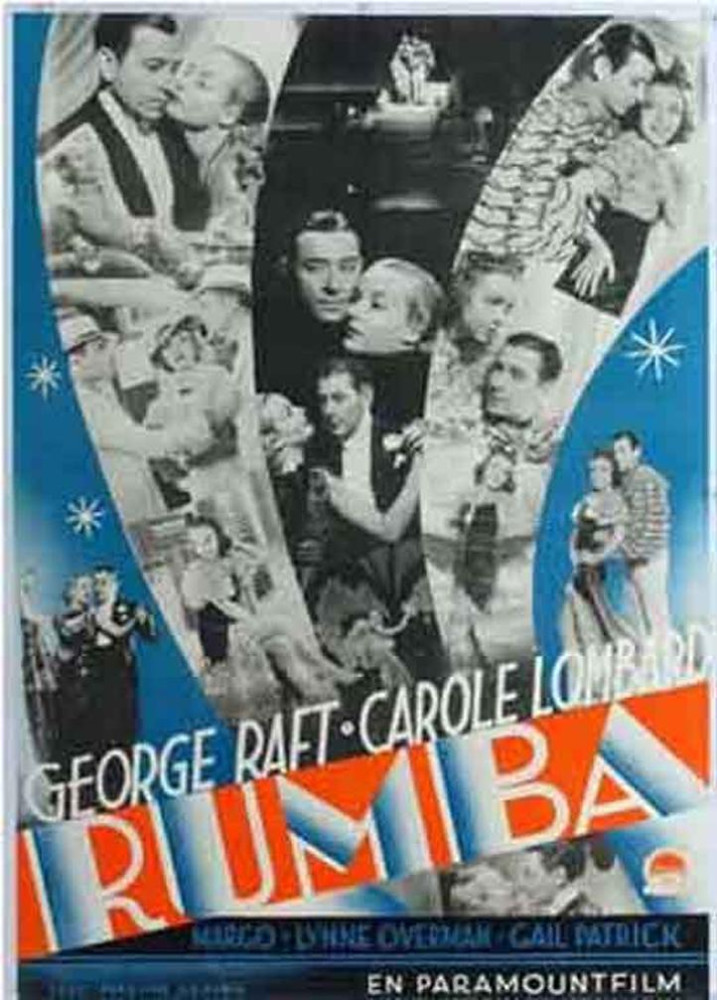 Nevertheless, for Lombard collectors, the quality of the movie isn't all that important, as long as there are goodies associated with the film. And "Rumba" has one...a script. 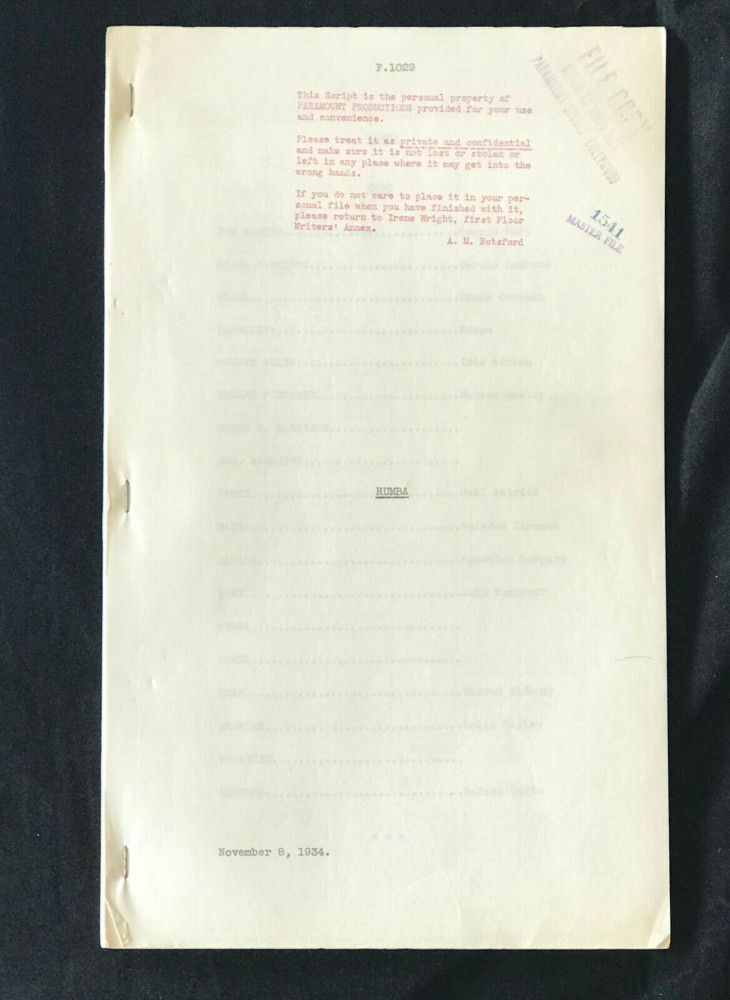 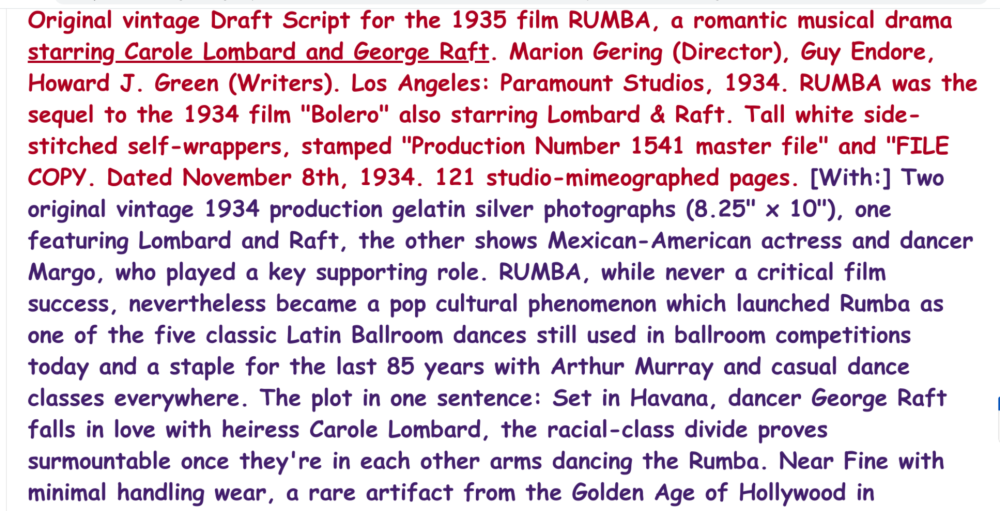 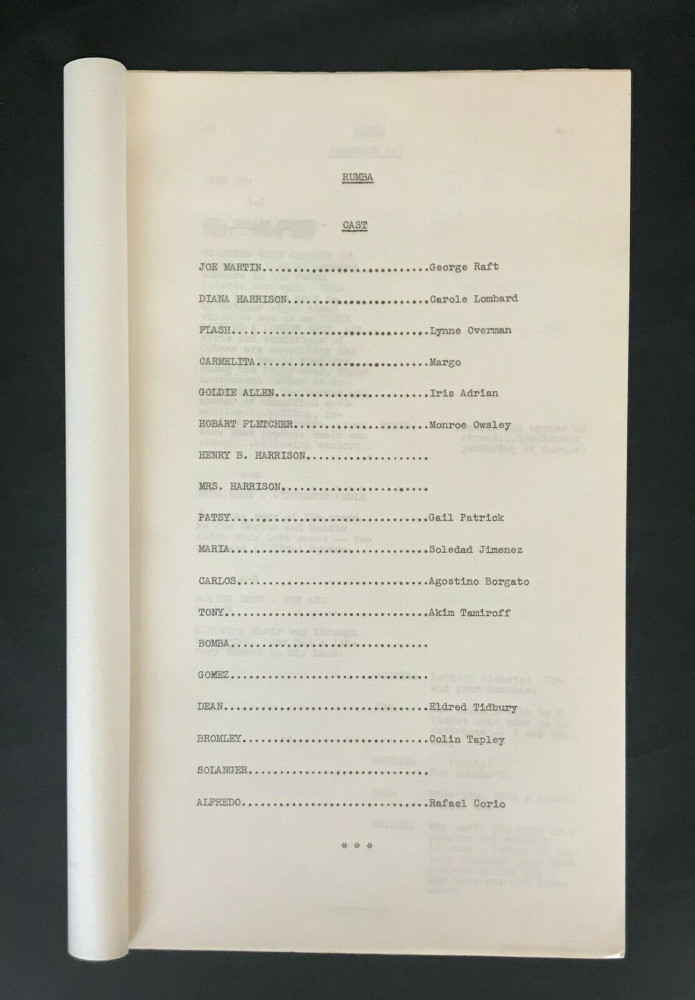 ...and its first and last pages: 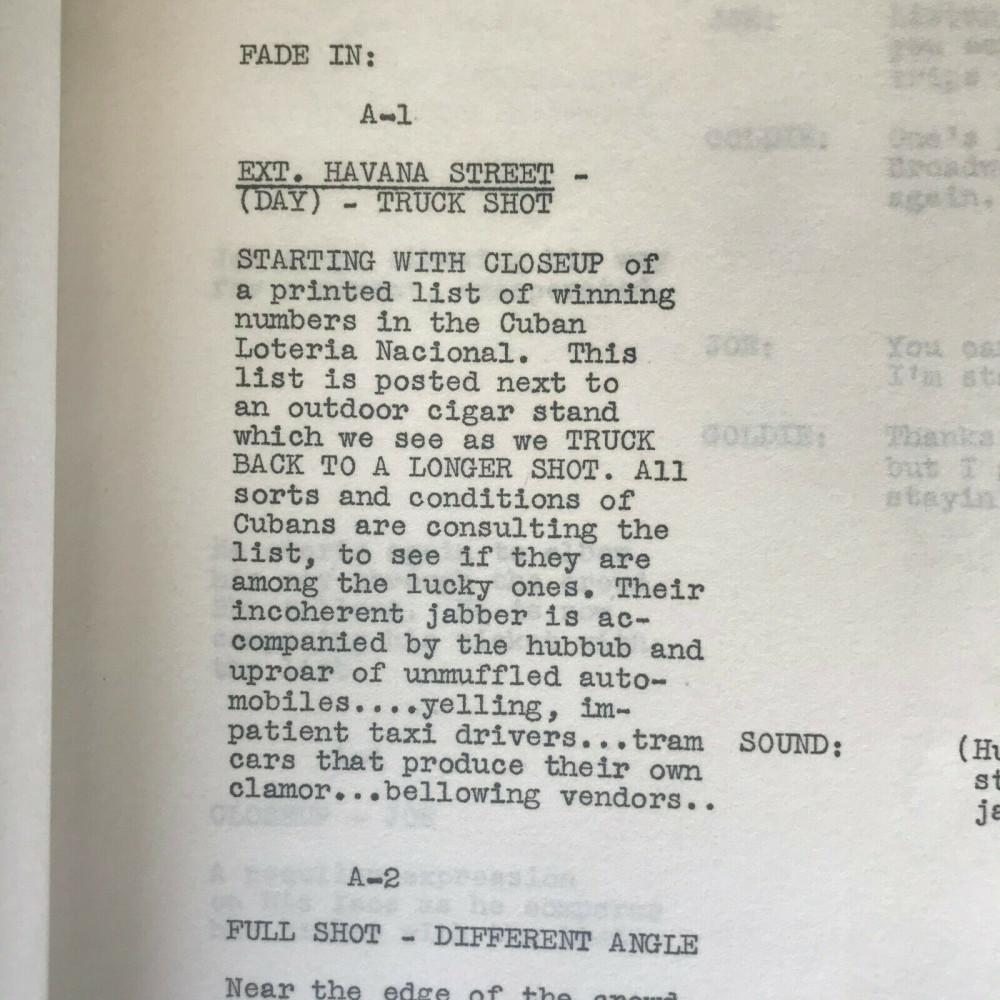 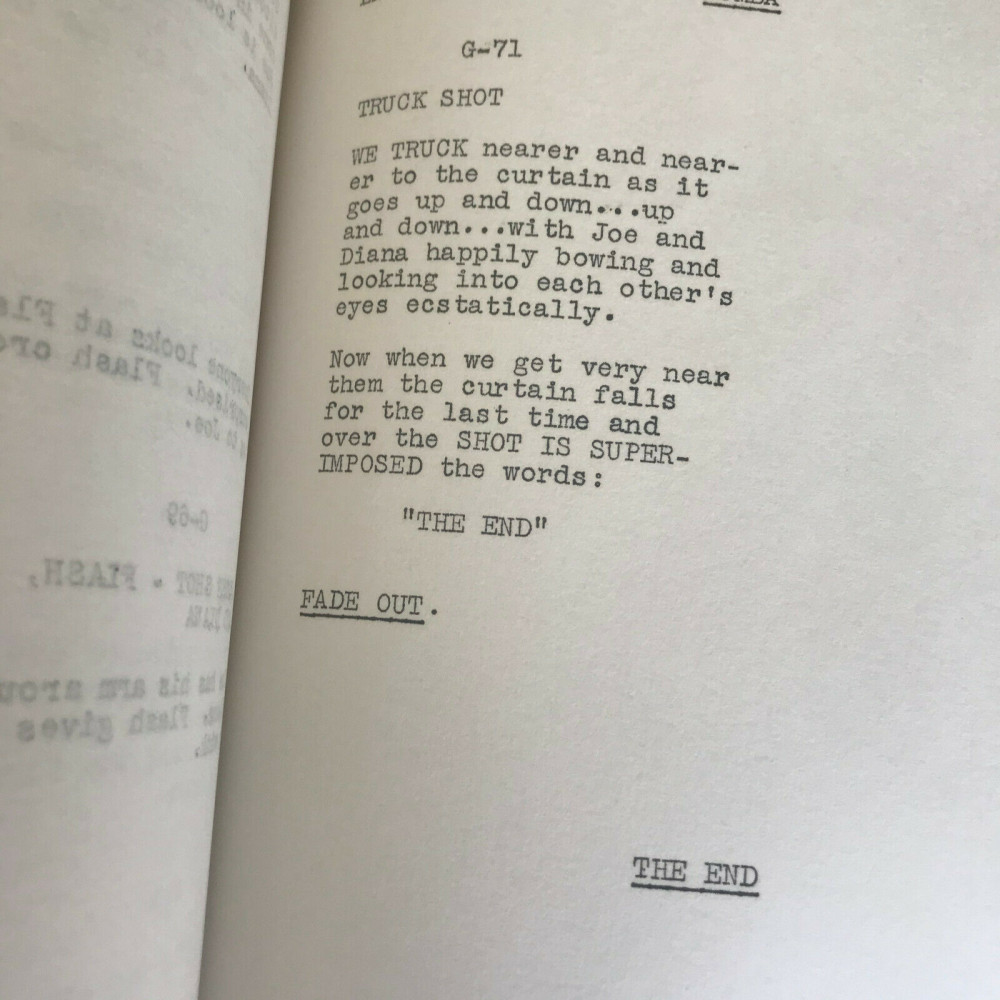 The seller even includes a pair of photos from the film, one of Raft and Lombard... 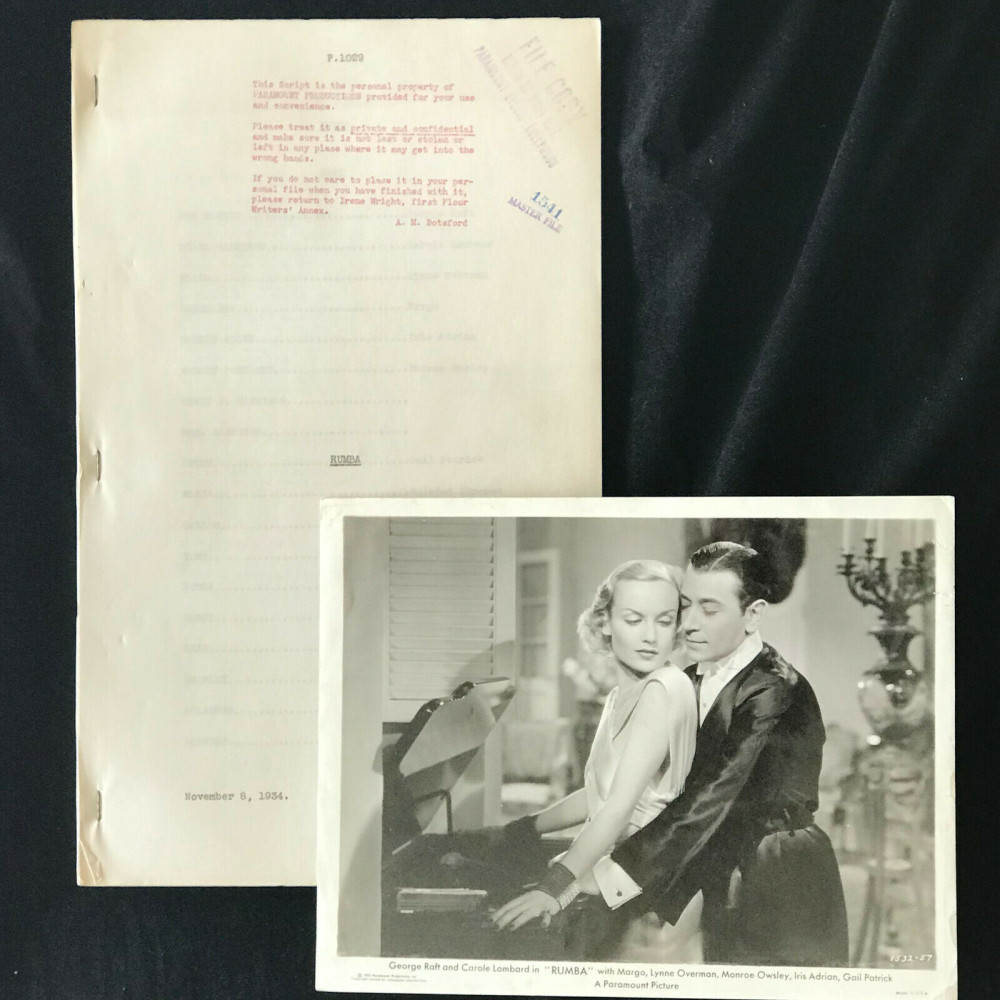 ...the other of Margo, the Mexican-American actress and dancer. (In 1945, she married actor Eddie Albert and had two children, actor Edward Albert and businesswoman Maria Albert Zucht, before her death in 1985.) 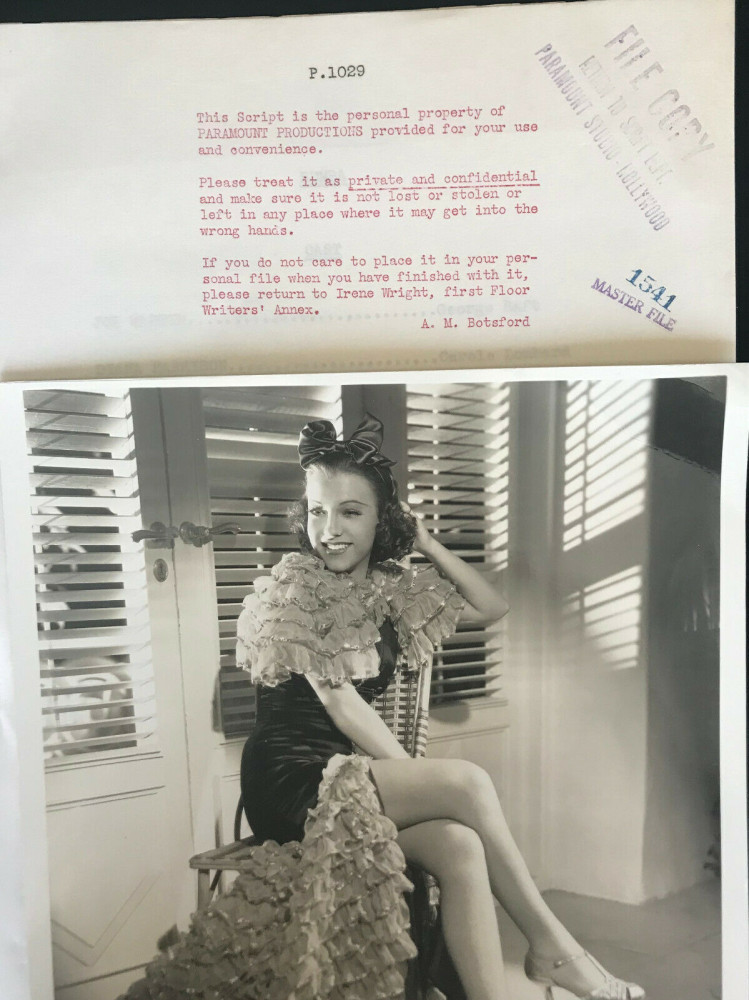 You might get in the mood to do some dancing, too. 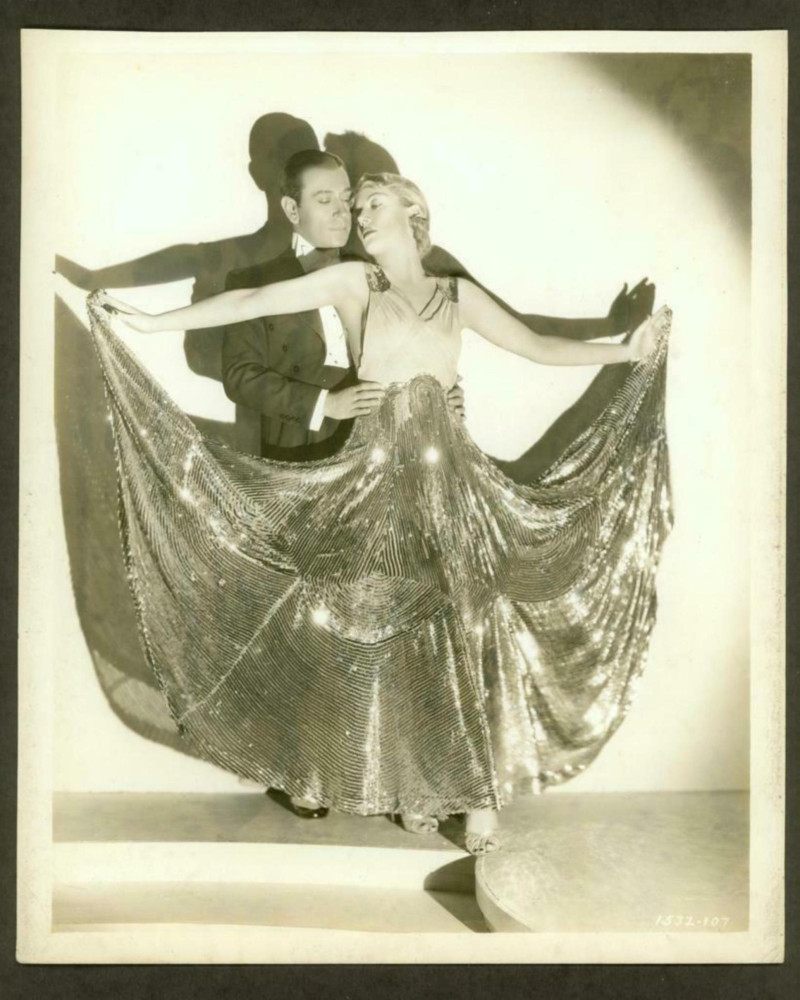