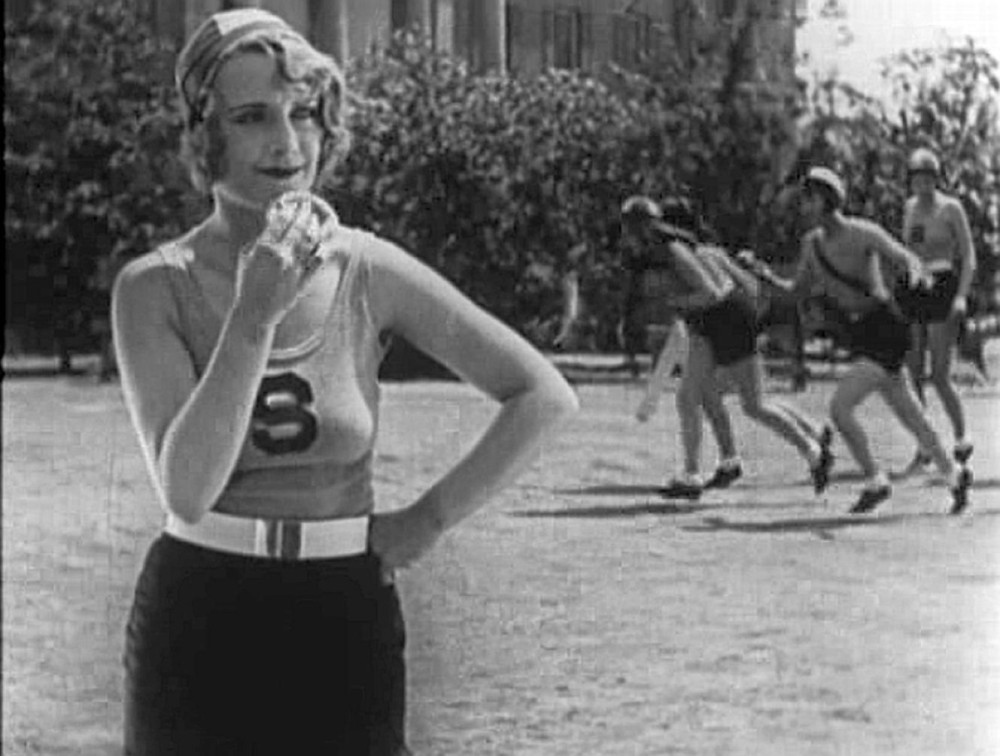 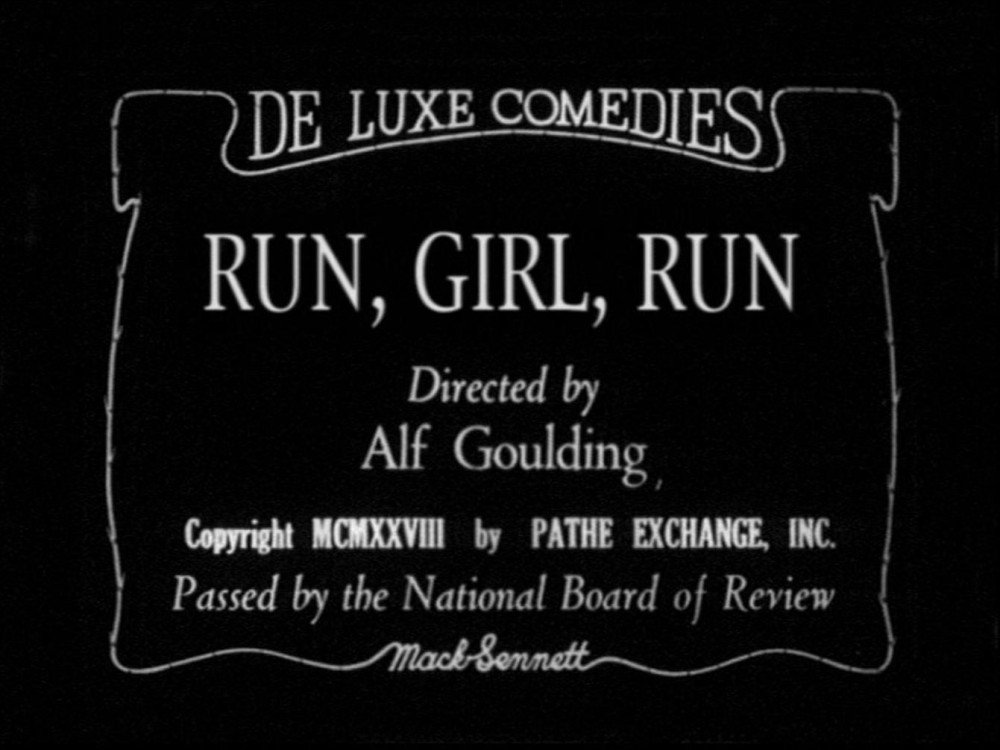 Is "Run, Girl, Run" the best-known of Carole Lombard's Mack Sennett comedies? You can make a valid argument on its behalf; parts of it were used in Robert Youngson's 1958 compilation "The Golden Age Of Comedy," it shows Carole a few years removed from her days as a fleet champion athlete at Virgil Junior High School; and it's pretty amusing if you can forgive the film for its dated fat and racial stereotypes.

But until recently, I didn't realize its title likely was meant as a parody of another female athletic film, one starring a notable actress of the day. "Run, Girl, Run," meet...

..."Swim, Girl, Swim," released by Paramount on Sept. 3, 1927, about 4 1/2 months before "Run, Girl, Run" hit theaters. It starred Bebe Daniels, a popular actress of the '20s best known for comedy. Here she plays studious college co-ed Alice Smith, who yearns to become an athlete to win the heart of a classmate. Taking up swimming, Alice enters a channel swim, is mistakenly declared the winner. The classmate falls for her, rejects her when he learned what happened...but she enters another race and this time wins fair and square.

If you're familiar with 1920s popular culture, the term "channel swim" should ring a bell. That's because a woman briefly became famous for it during this age of ballyhoo. 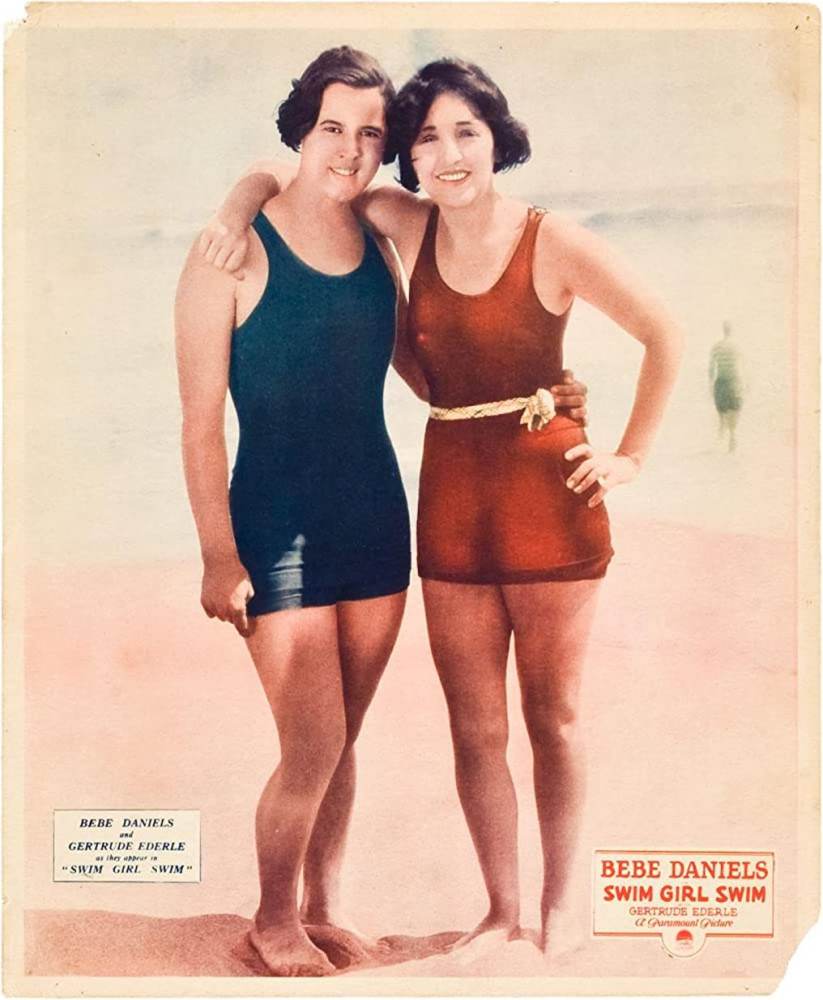 Born in Manhattan in 1905, Gertrude Ederle took up swimming and in the early and mid-1920s held 21 world's records. She won a gold medal (as part of a relay team) and two individual bronzes at the 1924 Olympics in Paris...but that's not what she's best known for.

Turning professional in 1925, Ederle sought to become the first woman to swim the English Channel. After a failed attempt in August 1925, she tried again the following August and succeeded, traversing the Channel in 14 hours and 34 minutes -- nearly two hours faster than any of the five men who had accomplished the feat. Having been part of the Olympic team's ticker-tape parade in 1924, she now had one of her own. 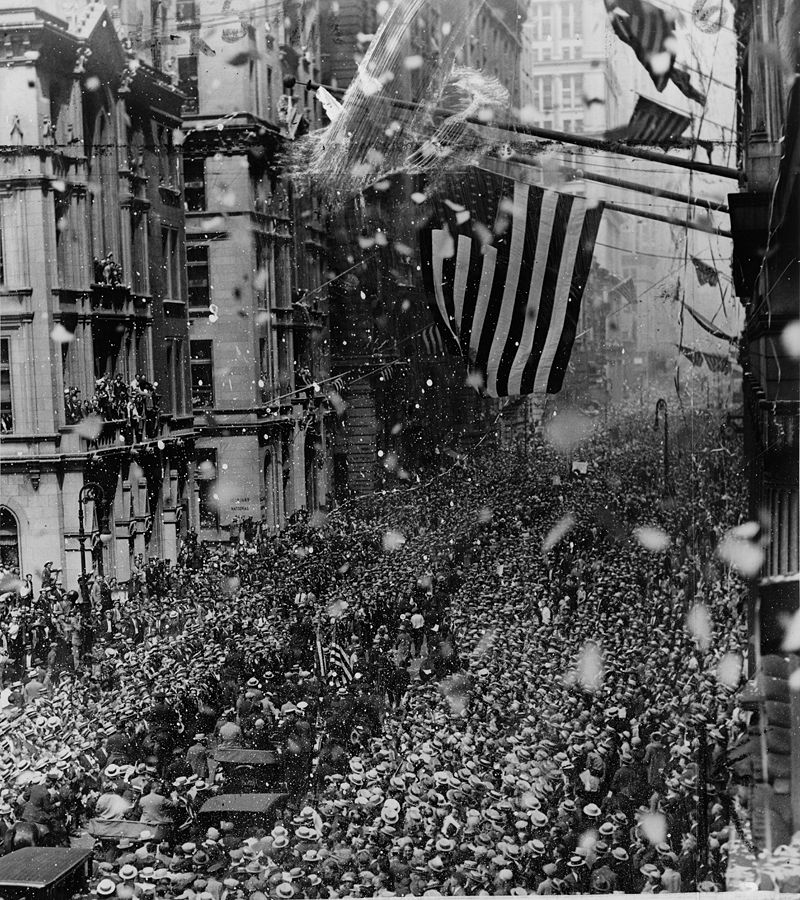 The film was among the ways Ederle capitalized on her moment of glory, coming to Hollywood to play herself, giving Daniels' character lessons that help her legitimately win. 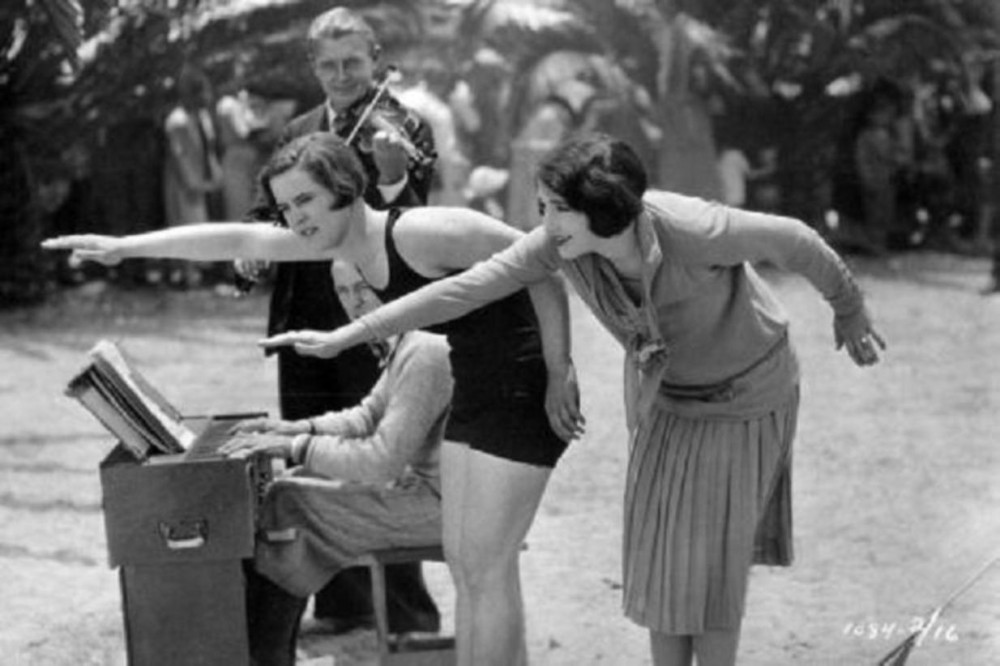 Ederle, afflicted with hearing problems since having measles in childhood, never married and taught swimming to deaf children. She died in November 2003 at age 98. Daniels died in 1971,

I wish I could show a clip from "Swim, Girl, Swim." Alas, like so many silent films starring comedic actresses, it is lost. Another Daniels 1927 title, the delightfully named "She's A Sheik," was believed to have suffered the same fate, but Kevin Brownlow found and screened a 16mm print in 2017. (William Powell played a villainous desert renegade, a typical silent role for him.)

As for Carole, who probably followed Ederle's exploits, she not only could swim, but look good doing it. 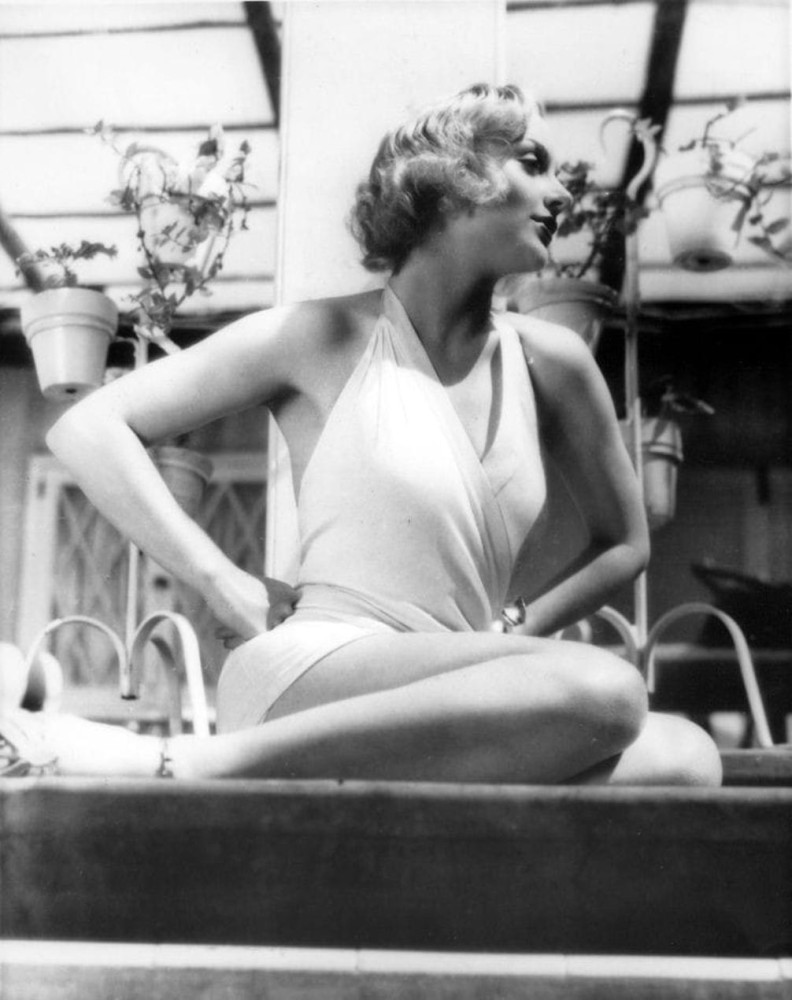