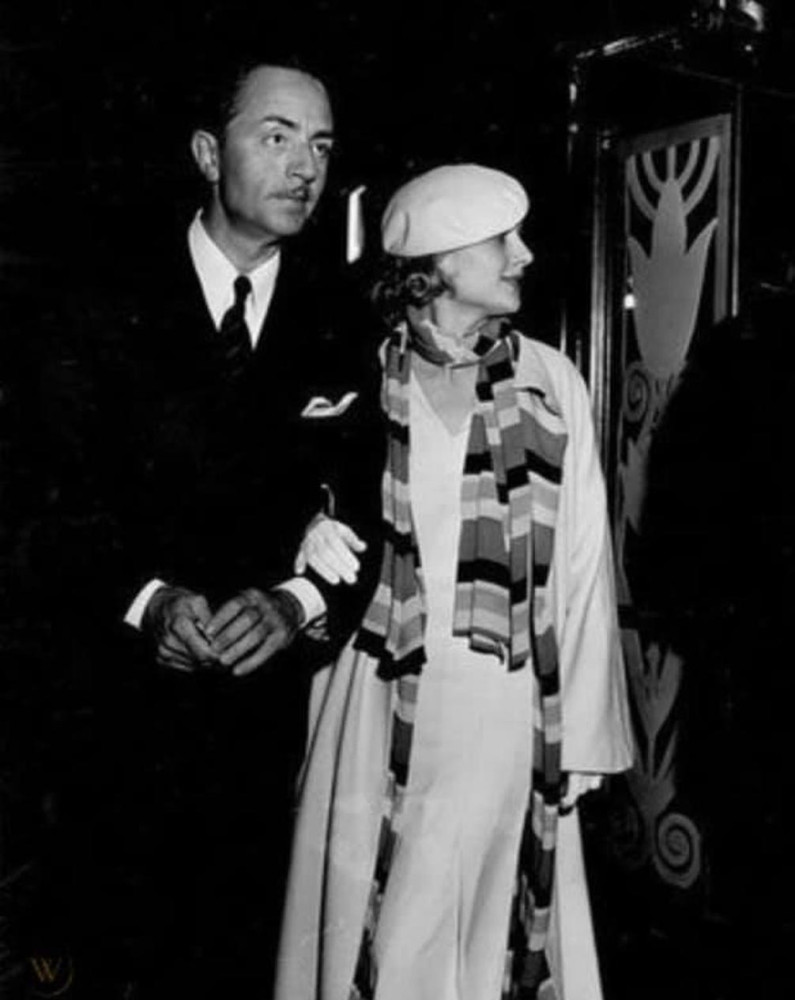 When William Powell died at 91 in early March of 1984, people became aware of the answer to an overlooked Hollywood trivia question -- "Clark Gable was Carole Lombard's second husband. Who was her first?" After all, Powell had largely been out of the public eye for nearly three decades after making his cinematic farewell with "Mister Roberts" in 1955. Once he retired, he stayed retired, rarely leaving his Palm Springs home.

Much has happened to posthumously raise Bill's acting profile. Ted Turner's acquisition of the film libraries at MGM and Warners has made Powell far more visible, first on TNT and since 1994 at Turner Classic Movies. Bill's aplomb with romantic comedy has finally been recognized -- "Libeled Lady" (below), largely neglected as recently as the mid-1980s, now is justly acclaimed as a screwball masterpiece. 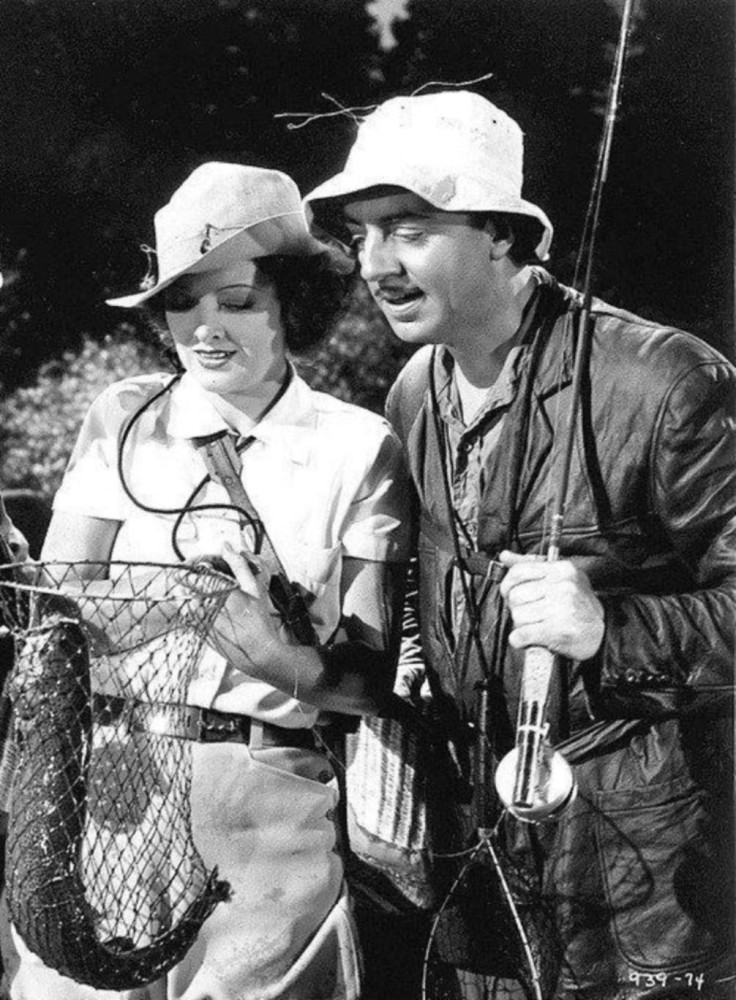 The wire services dug out some Powell pics to illustrate his considerable career, and the following was among them, early in Bill's two-year marriage to Carole: 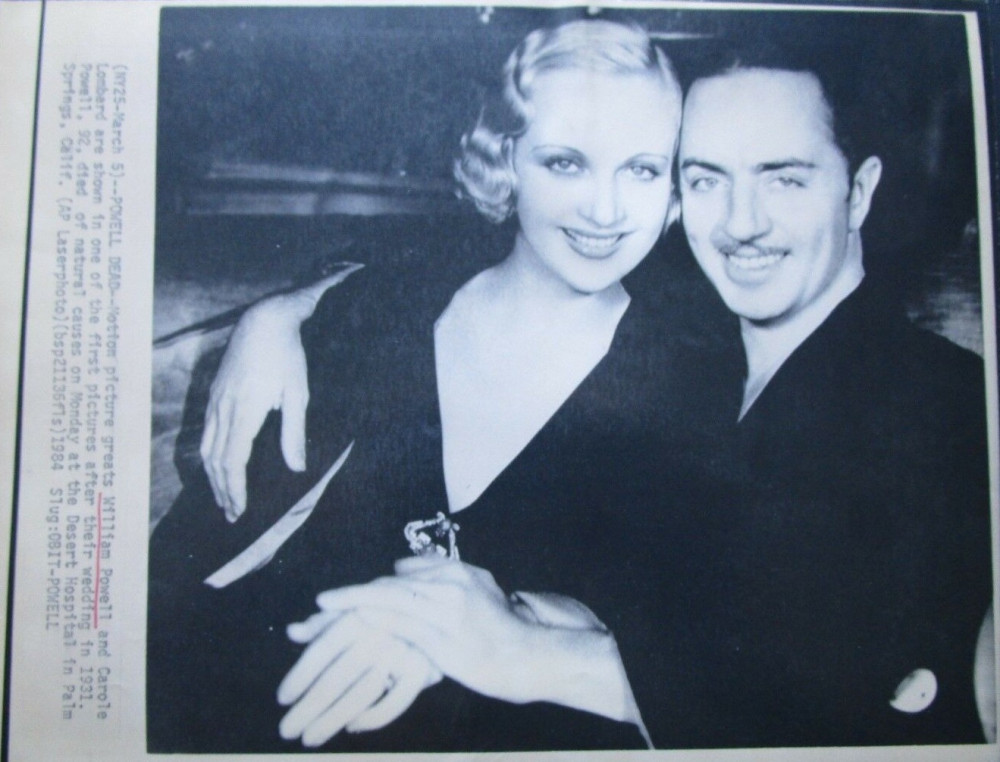 This is an AP Laserphoto, sent via a machine similar to a fax. When I worked in the newspaper business, we'd get plenty of these for our files, some of which we'd keep, others we'd discard. (A confession: In October 1978, at the request of a receptionist at the paper I then worked for, I collected several dozen of these from that year's Yankees-Dodgers World Series, and she mailed them to a baseball-loving nephew working in South America.)

This is an original, measuring 8" x 10", from the files of a now-defunct daily. There's a little coloration, due to age. Fans of either Lombard or Powell may want this pic, suitable for framing (keep in mind this item is very lightweight). You can buy it for $17, or make an offer.