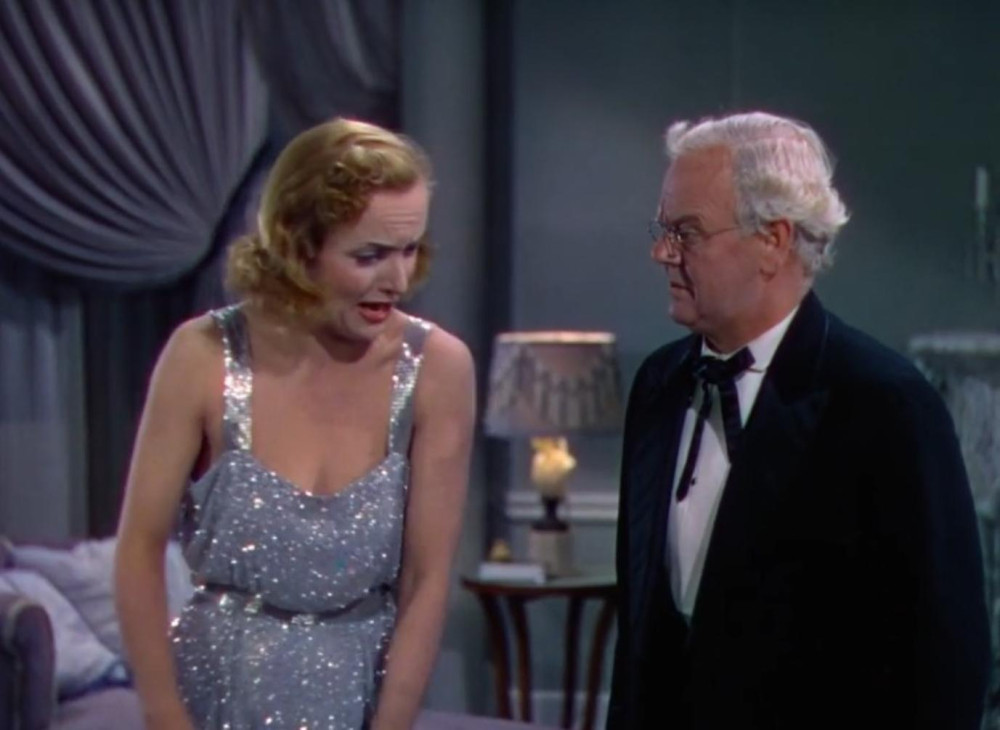 It's early in the 1937 holiday season, and if you're Selznick International, you feel you have a winner on your hands in Carole Lombard's Technicolor comedy "Nothing Sacred." It's done quite well at the Manhattan showplace, Radio City Music Hall, so you promote it with a two-page trade spread: 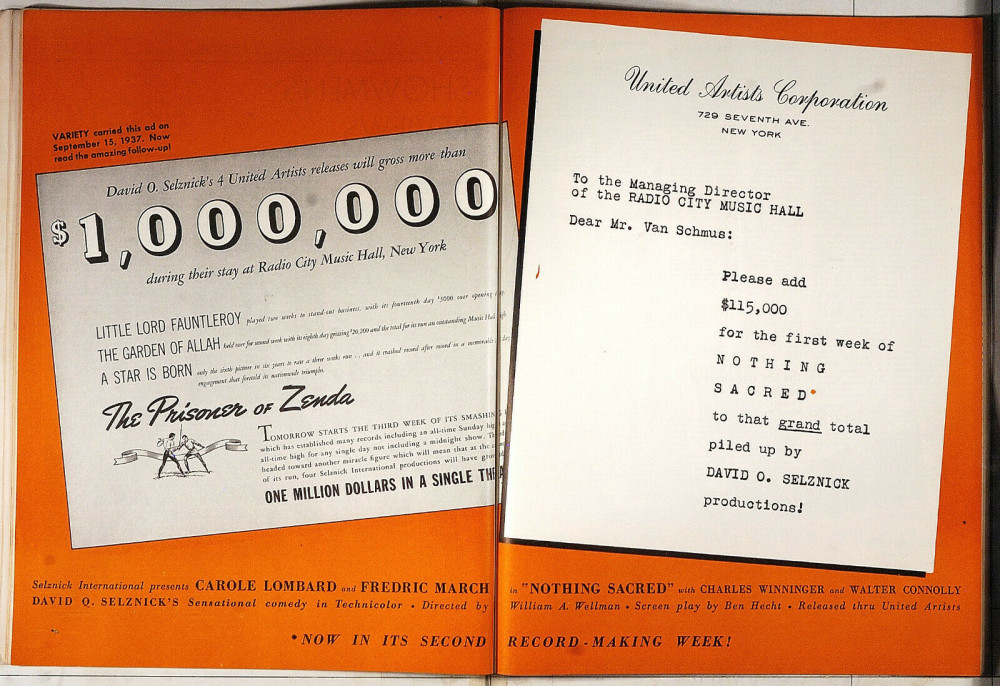 The publication you put it in... 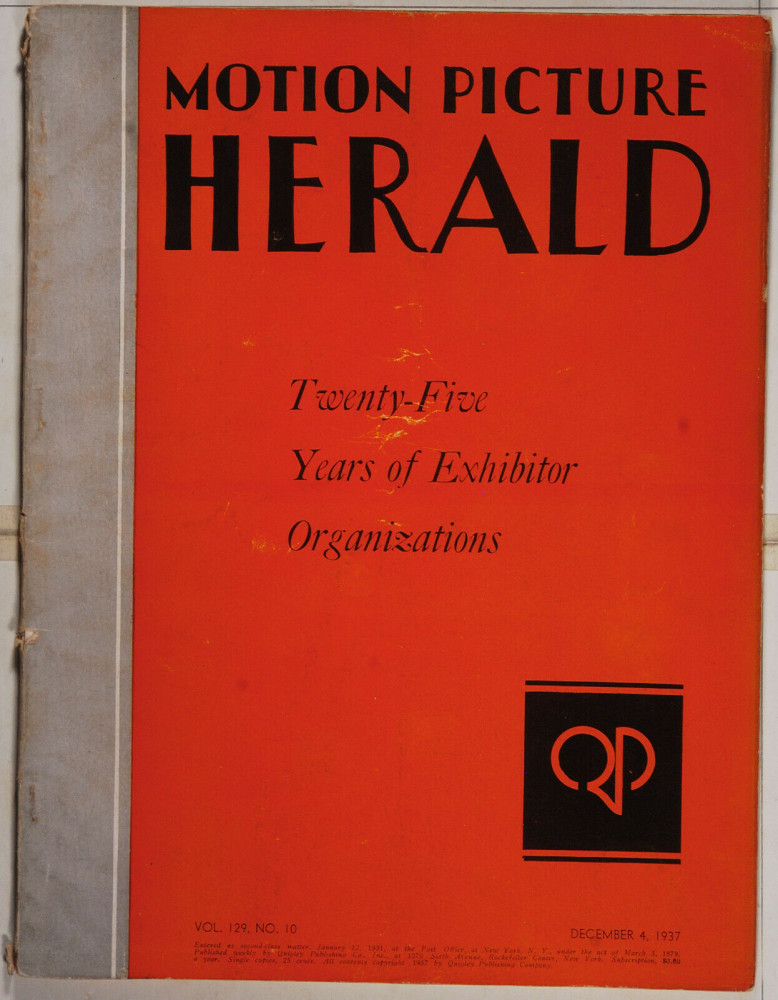 ...the Motion Picture Herald for Dec. 4, 1937. This trade sheet provides a genuine feel for what was hitting theaters in the final month of '37. A Fred Astaire dance movie sans Ginger Rogers, but with the Gershwins' music: 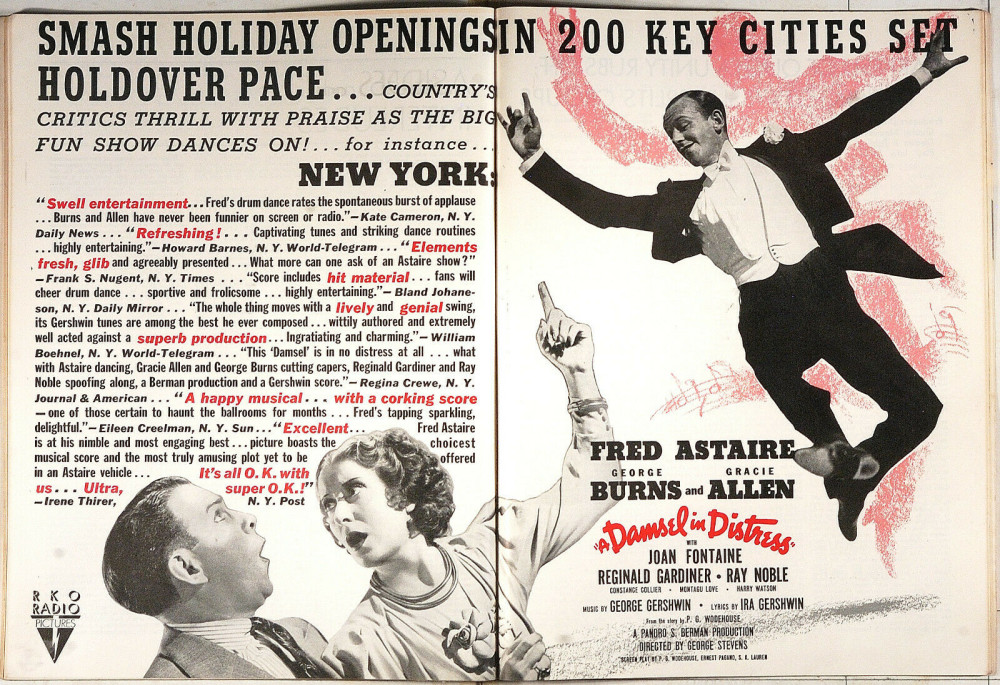 Note how George Burns and Gracie Allen are billed above Fred's ostensible dance partner Joan Fontaine. (It's been said Lombard was considered for this role.)

Other ads in these pages include... 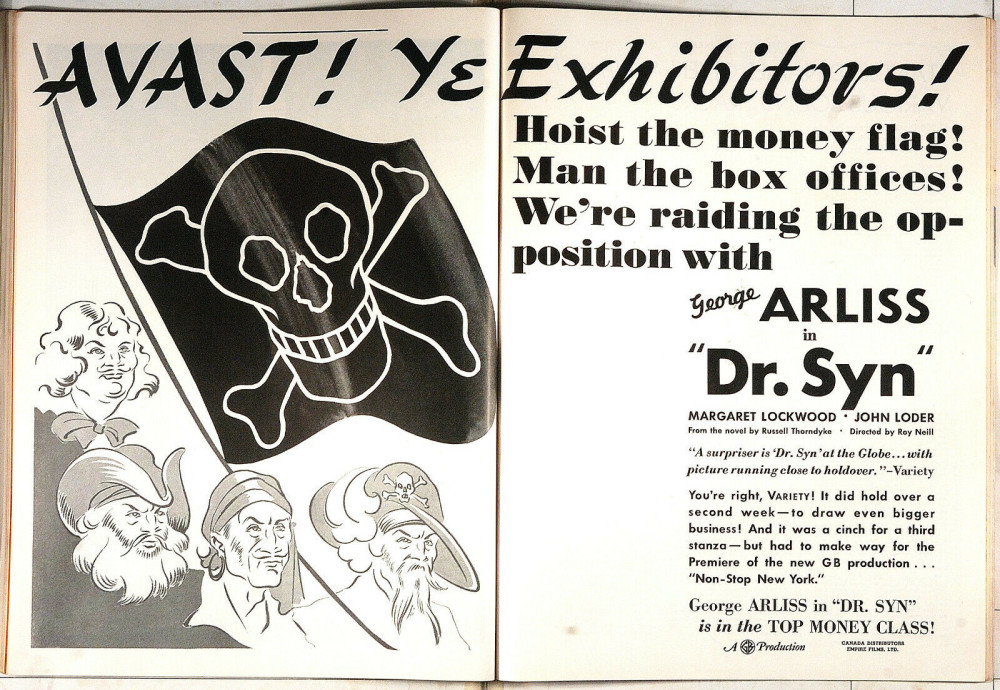 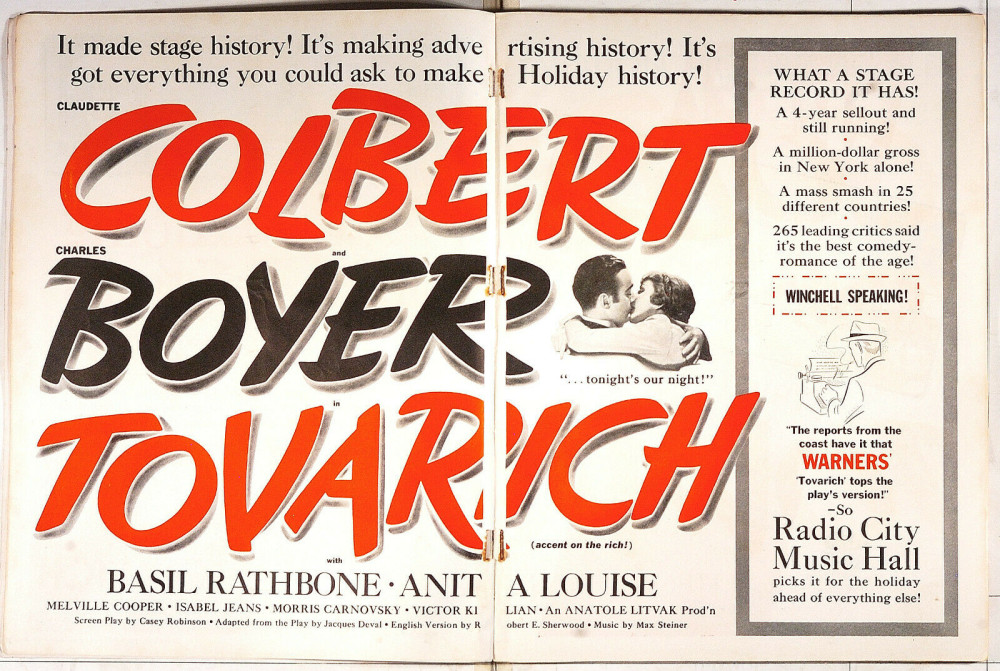 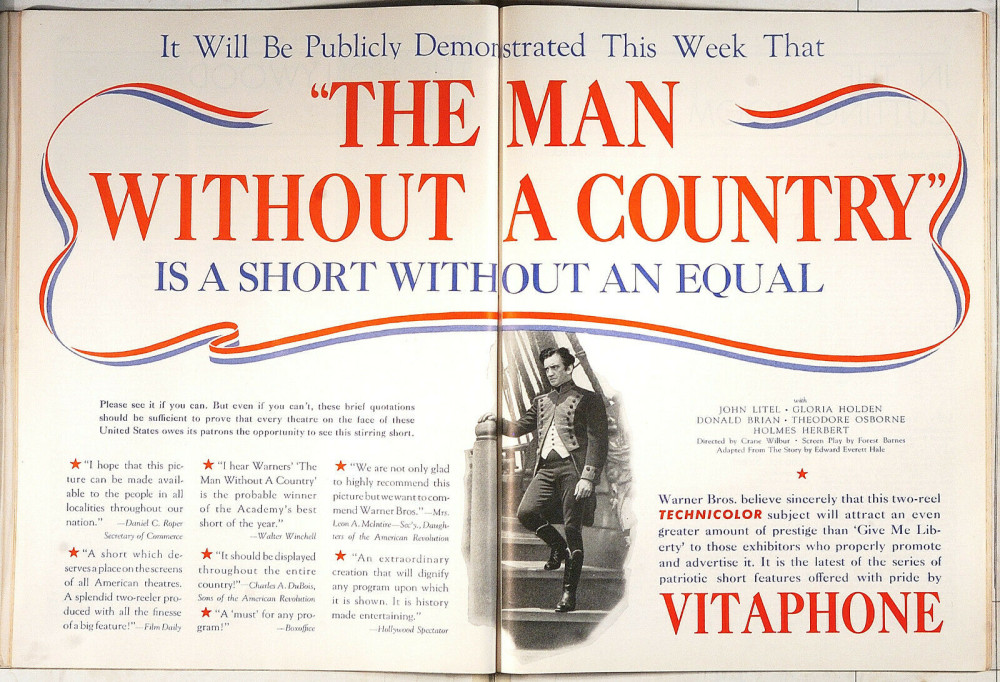 And single-page ads include... 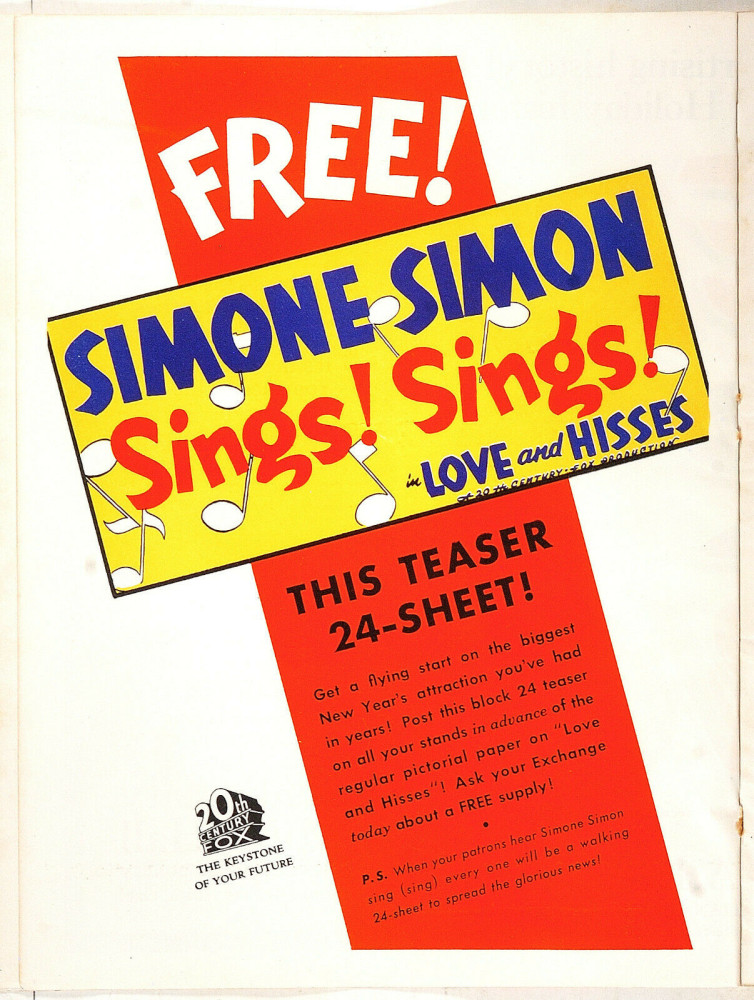 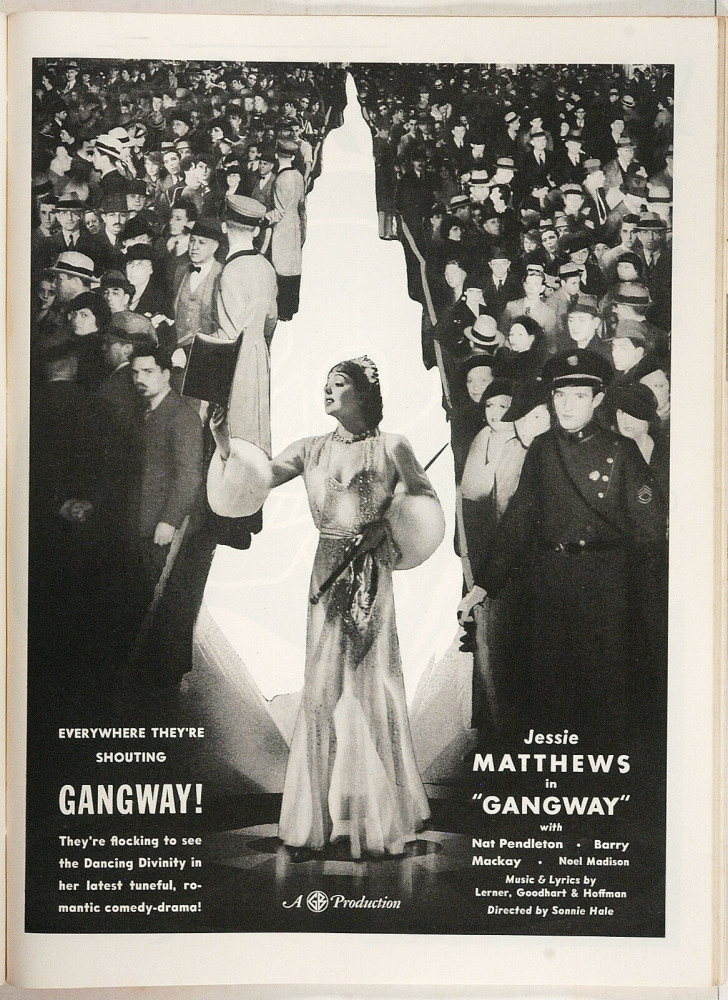 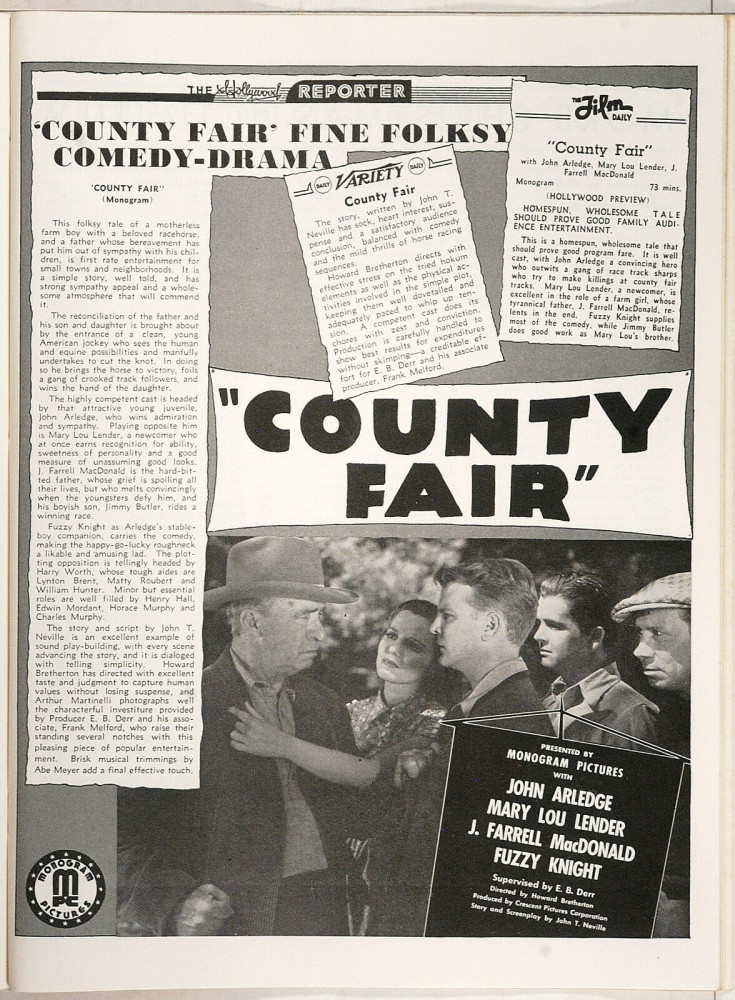 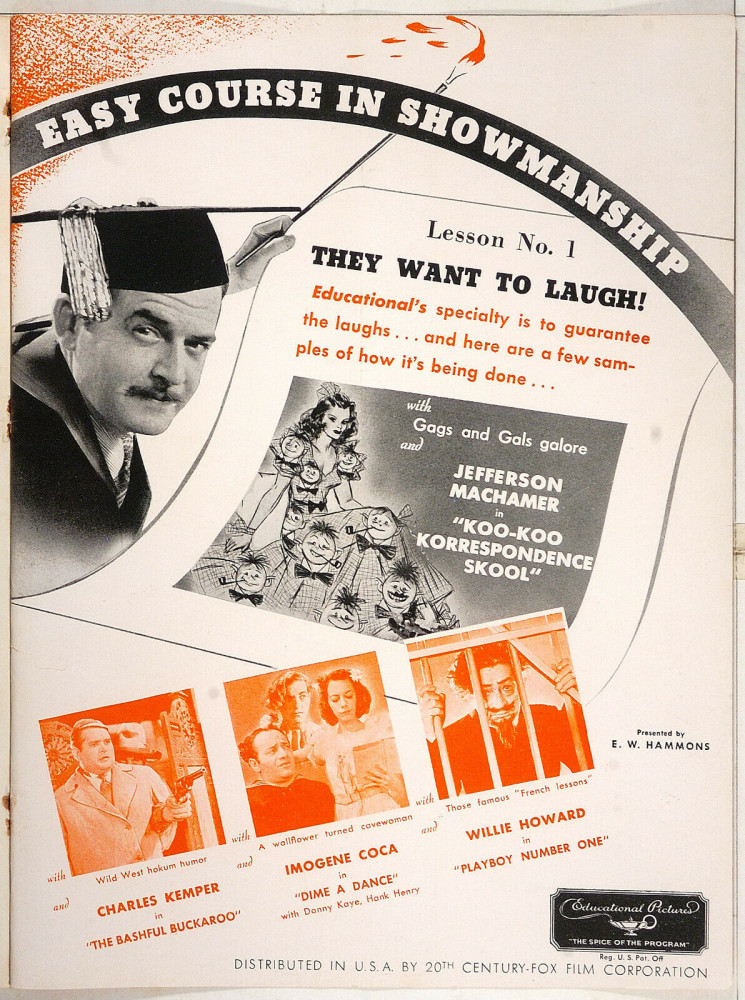 A reminder that even during the Golden Age, import and "poverty row" studios existed and often thrived. (And Imogene Coca in the '30s, long before television?)

The magazine is complete and in good condition. Bids begin at $14,99, with the auction ending at 10 p.m. (Eastern) Saturday. Bid or learn more by visiting https://www.ebay.com/itm/Motion-Picture-Herald-Nov-27-1937-Fred-Astaire-G-Burns-Carole-Lombard/333711416681?hash=item4db2c01d69:g:TogAAOSwsblfRxZF.
Collapse