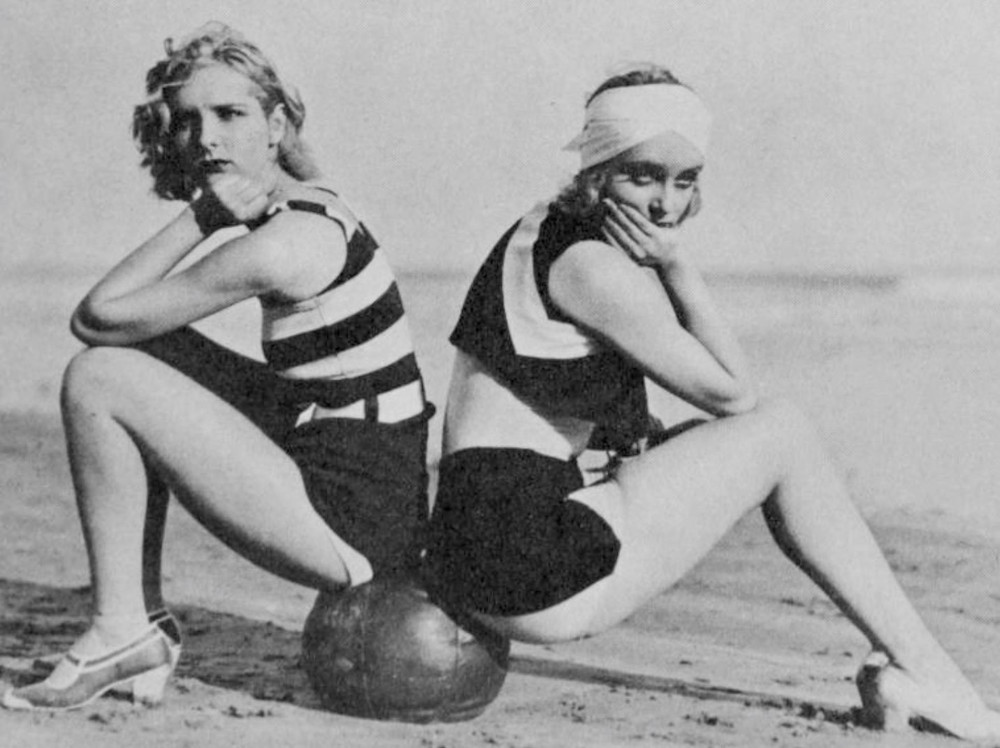 A few Carole Lombard photos new to me are on today's docket, such as this beach photo from 1929 of Lombard and Pathe stablemate Diane Ellis. We've previously run other pics of the pair: 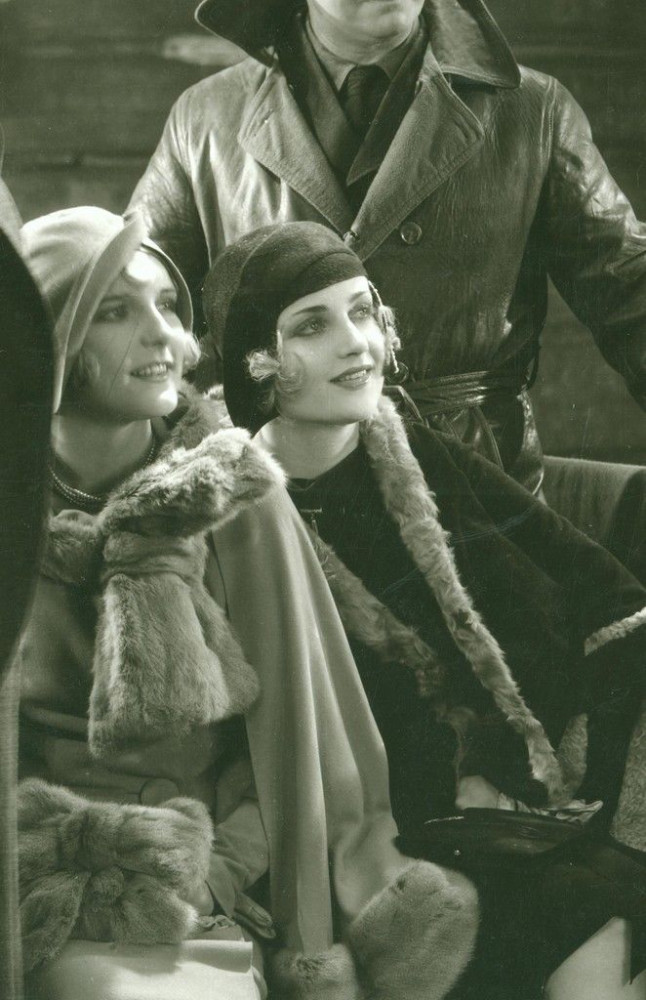 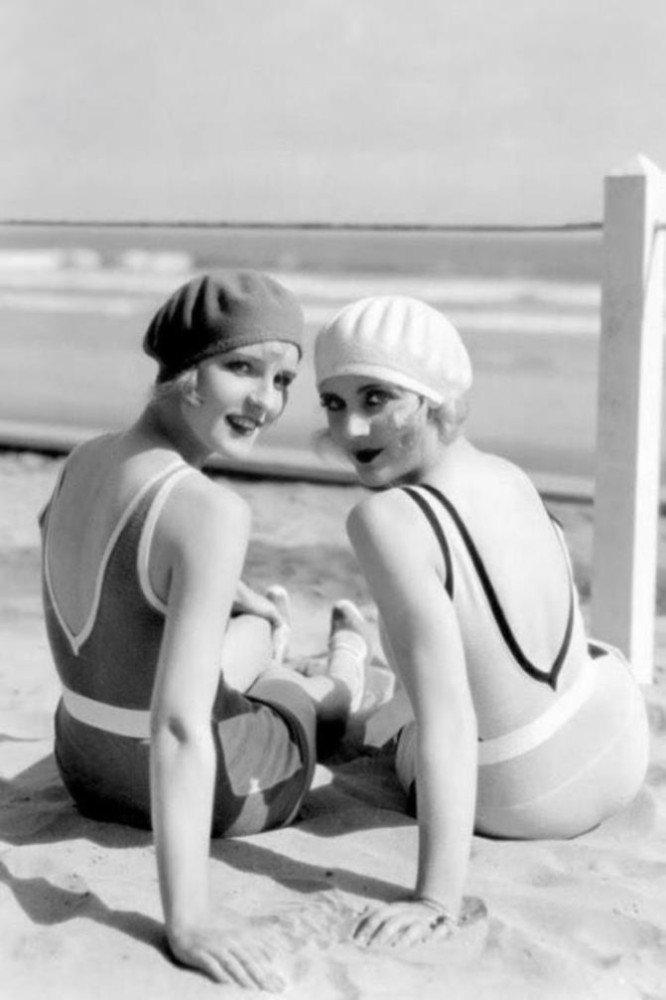 Diane was Carole's best friend at Pathe; school pals at Virgil Junior High in the early '20s, they appeared together in "High Voltage," but both were dismissed from the studio in the fall of '29. (Legend has it newly-signed Constance Bennett ordered the studio to dismiss other blonde ingenues on the roster, but this has never been confirmed.) Both wound up at Paramount in 1930 and made films at its eastern studio in Astoria, Queens. Diane married a wealthy Manhattanite that fall, took a global honeymoon, contracted a disease in India and died that December (https://carole-and-co.livejournal.com/971829.html). The news devastated Lombard.

The May 1933 issue of Motion Picture ran this still of Carole and Gary Cooper on the Paramount lot: 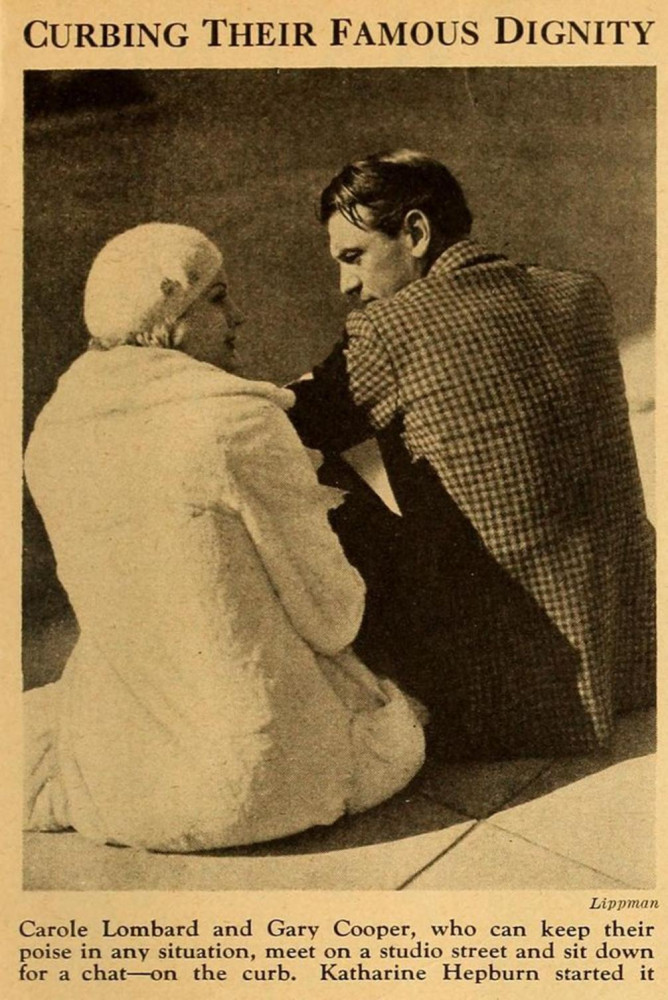 (So, just what did Hepburn have to do with this?)

We ran the following portrait in smaller form earlier this week, but here's a full-sized shot of Lombard from the early 1930s: 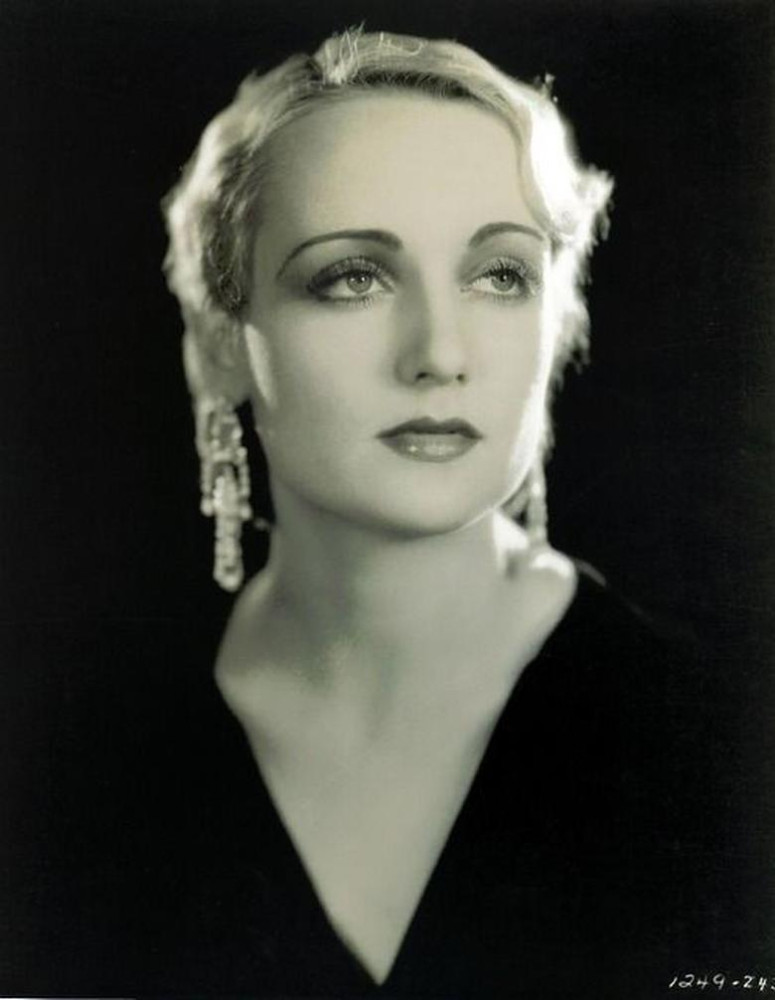 I'm not quite sure about the fashion statement Carole's making from this picture, but take a look at it anyway: 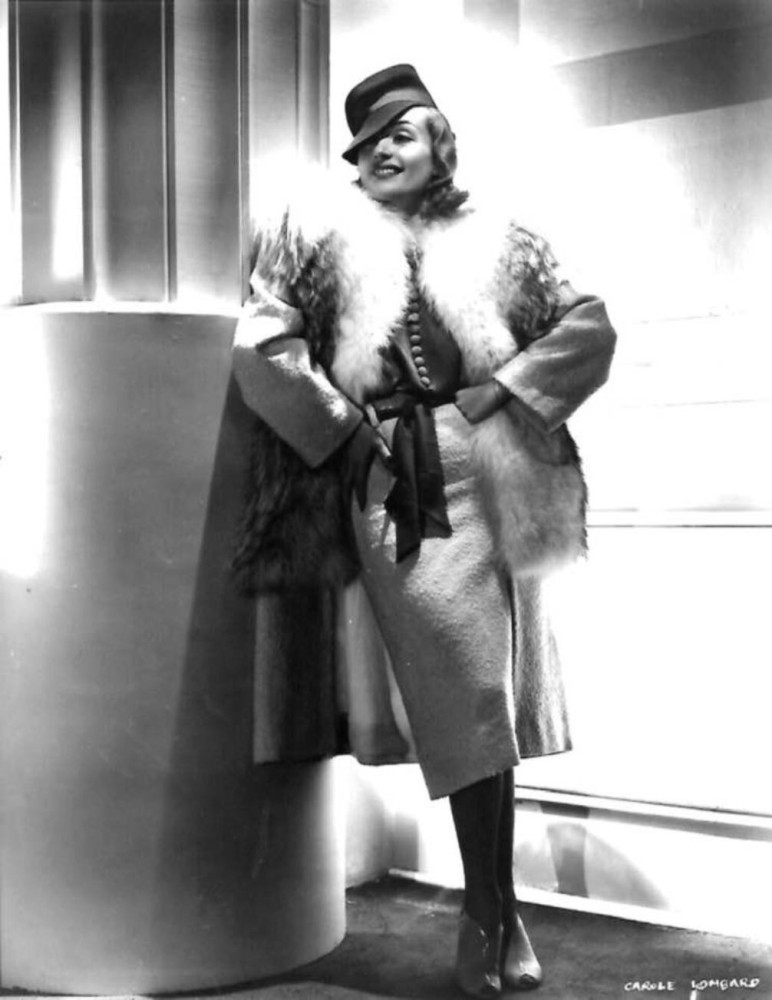 Now, this photo from Warners on Jan. 28, 1938, as Lombard and Jack Warner celebrate the close of production on "Fools For Scandal." Neither did much celebrating thereafter, as it was poorly reviewed, did lackluster box-office business, and many consider it Carole's worst starring vehicle. It derailed her status as a screwball queen, and she wouldn't return to comedy for nearly three years. 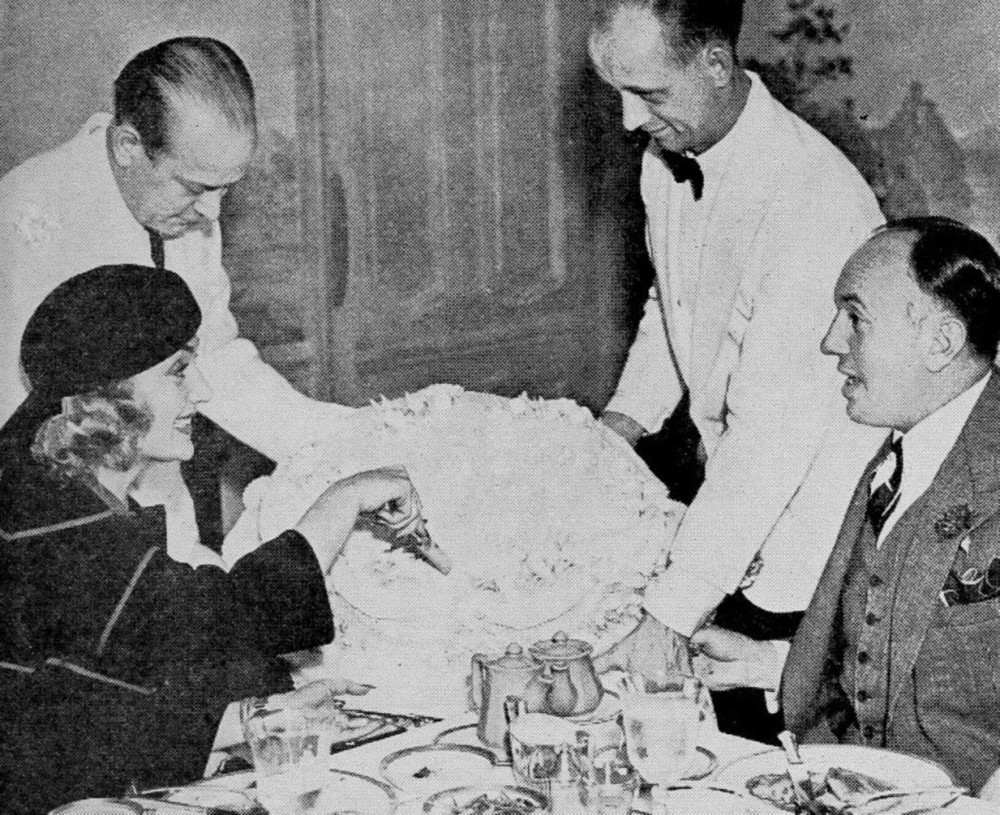 Speaking of Warners, at Stage 20 in Burbank next Monday, my favorite sitcom, "Mom," is to begin table reads for its eighth season (in March, coronavirus forced the series to shut down season 7 with two episodes to go). But when the first episode finally airs (probably sometime in November), you'll see a vastly different show, because of who won't be there... 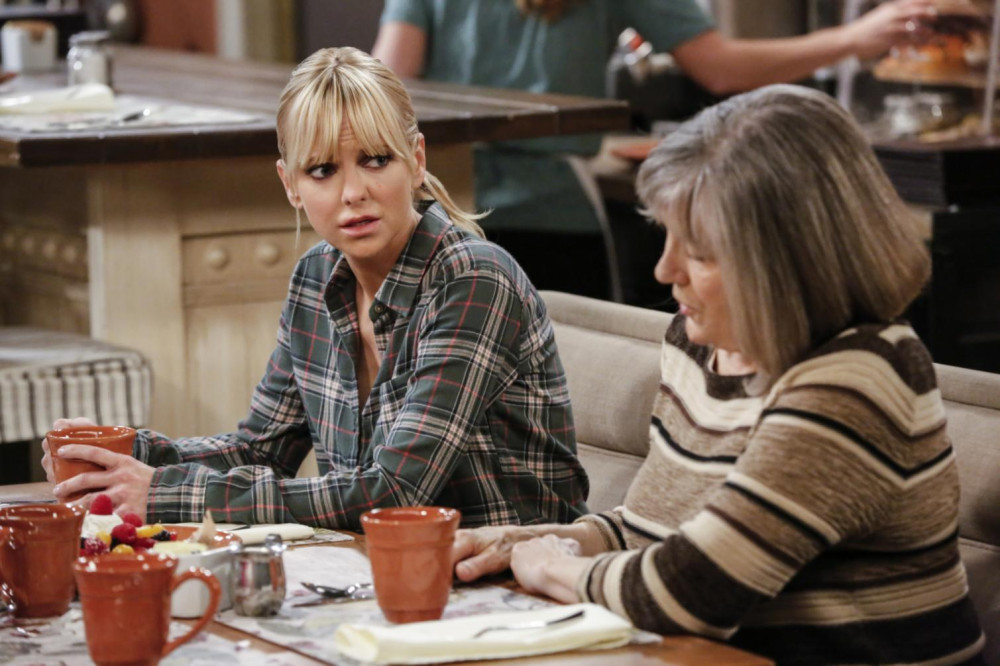 ...Anna Faris, who has played recovering alcoholic and aspiring lawyer Christy Plunkett since the series began in September 2013. (She's shown with veteran actress Mimi Kennedy, who's played her sponsor Marjorie for much of its run.) 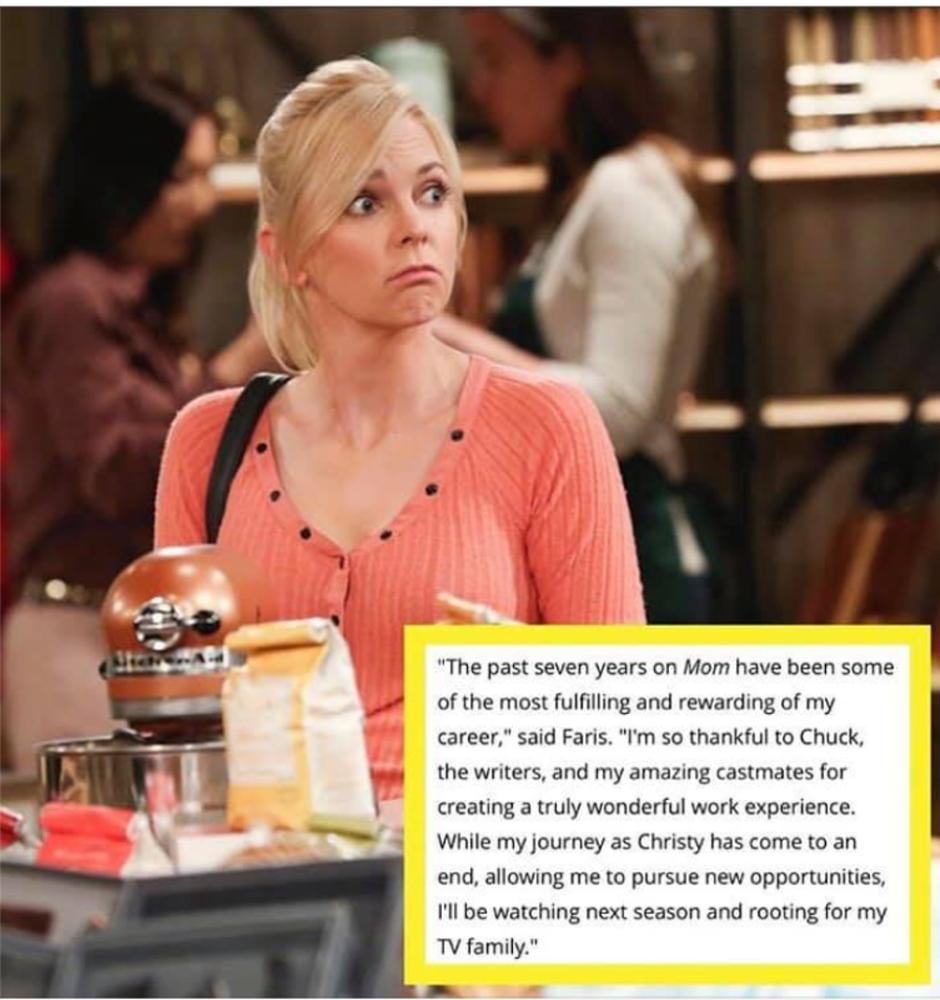 I've been a Faris fan for more than a decade. She's a terrific comedic actress in the Lombard-Goldie Hawn tradition, superb at both physical and verbal comedy. (I admit I'd love to write a rom-com for her.) Anna made several feature vehicles prior to "Mom," most notably "The House Bunny," but her big-screen career never quite took off. 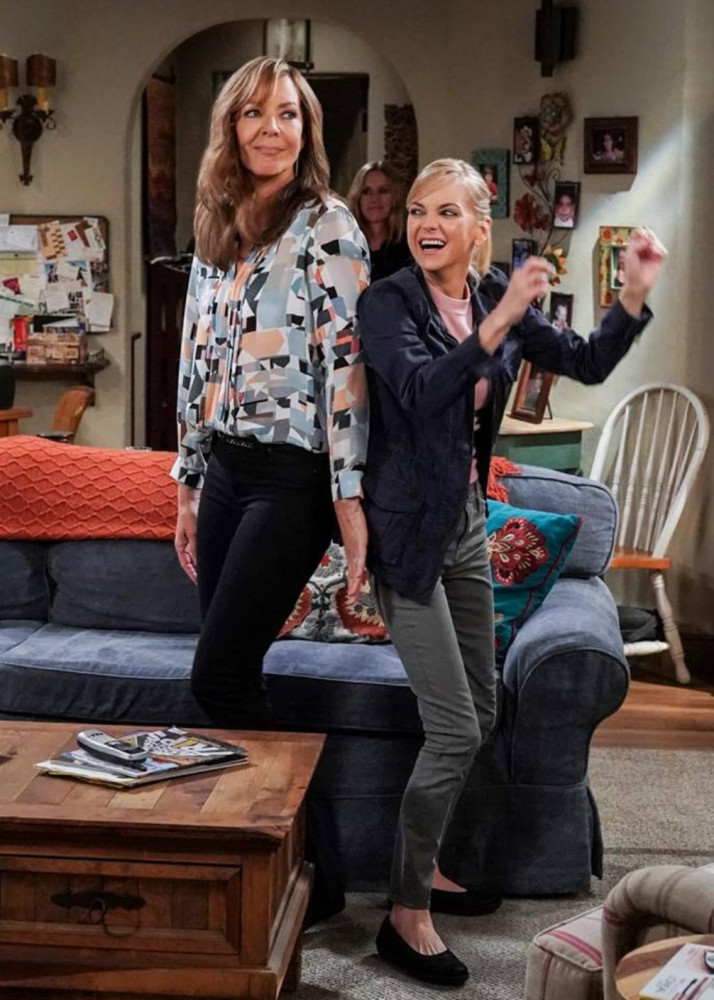 The timing of the announcement is odd, just before production was to begin on a new season. (Faris alerted the show's producers of her plans in the spring, so all season 8 scripts have been written without the Christy character.) It wasn't a money dispute, as she and co-star Allison Janney (both are shown above) signed a two-year extension in February 2019 and she was about to enter the second season. Moreover, Faris has a reputation as a good soldier (as does Janney) and certainly didn't cause problems on the set.

So why is Anna leaving (the show denies any health-related problems)? To go back to movies? Her last big-screen vehicle, a gender-swapped remake of Hawn's "Overboard," did solid but not overwhelming business at the box office. (She is soon to marry cinematographer Michael Barrett, but you don't have to ditch a successful TV show to make films.)

Anna's most avid fans may have an answer. For several years, Faris has done a podcast about relationships and other things, titled in her typical self-deprecating humor "Anna Faris Is Unqualified." (She also wrote a biography of the same name in 2017.) My entry https://carole-and-co.livejournal.com/956670.html has a link to a list of her podcast episodes. 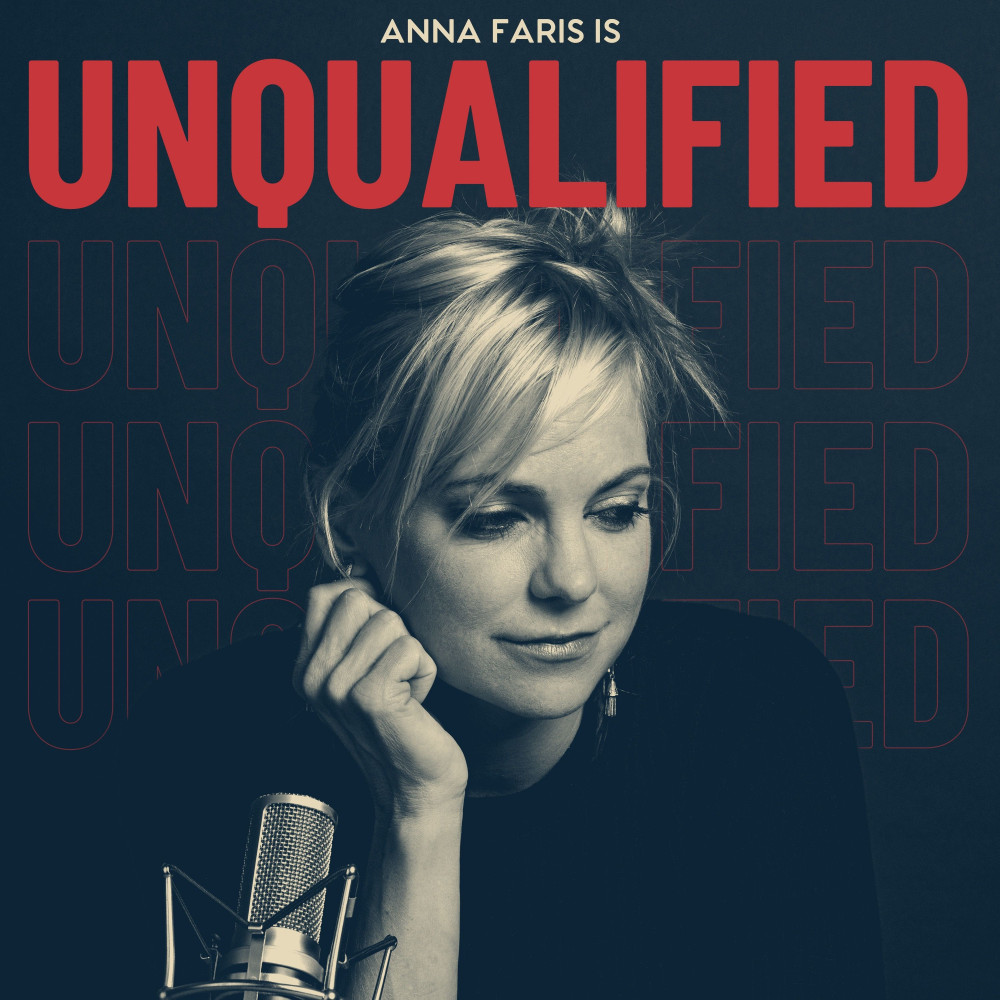 Faris may have played dumb characters early in her movie career, but she's anything but that in real life. She's a University of Washington graduate who majored in English literature, and both her parents are educators.

So what opportunity might lead Faris to bid adieu to a successful TV series? How about...a talk show?

The recent staff problems at Ellen DeGeneres' troubled talk show (one Anna has guested on) has led some in the industry to wonder whether the host might be replaced. There was conjecture James Corden of CBS' "The Late Late Show" could take over, but he would cost Warners, which runs "Ellen," plenty of money. Faris has been a regular guest on Corden's show; might he have suggested her as a potential successor?

Again, this all is conjecture on my part; I have no inside knowledge. But given Anna's easygoing nature (a high school classmate of mine who's interviewed her a few times labels her a "really nice person"), and the skills she's learned in podcasting, Faris would make sense as an Ellen replacement.

I only hope that for season 8 of "Mom" -- a series that's won plaudits for its thoughtful approach to recovery -- its writers give Christy an appropriate, positive sendoff and not kill off her character or have her relapse. This isn't like Charlie Sheen in "Two And A Half Men"; Anna is no troublemaker. Christy Plunkett deserves a happy ending... not to mention a guest turn or two when the series finally ends. 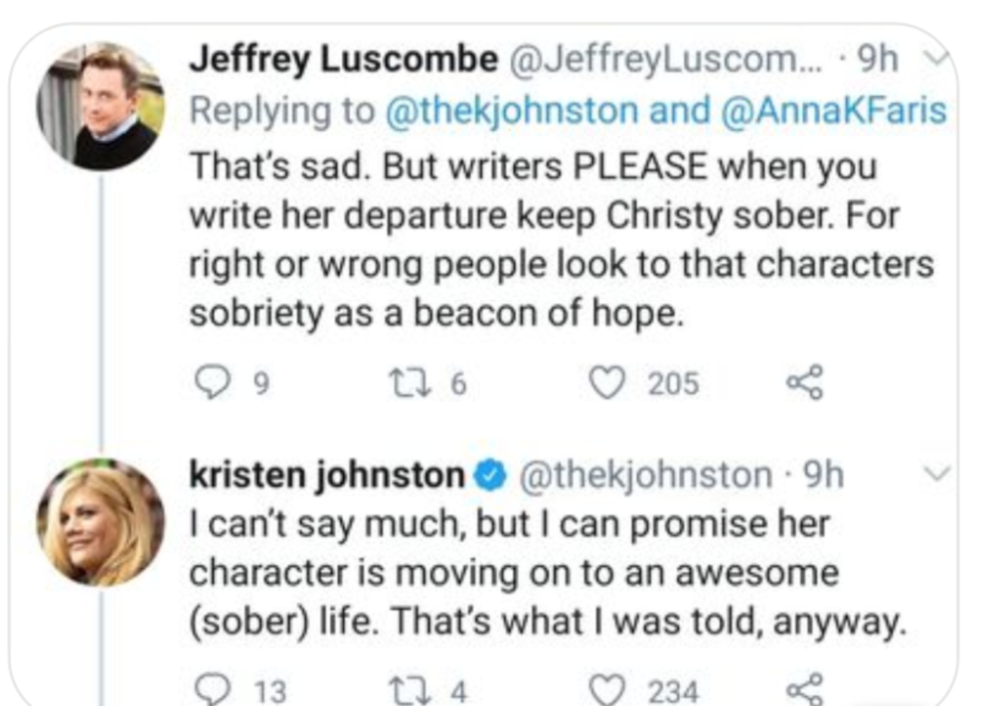