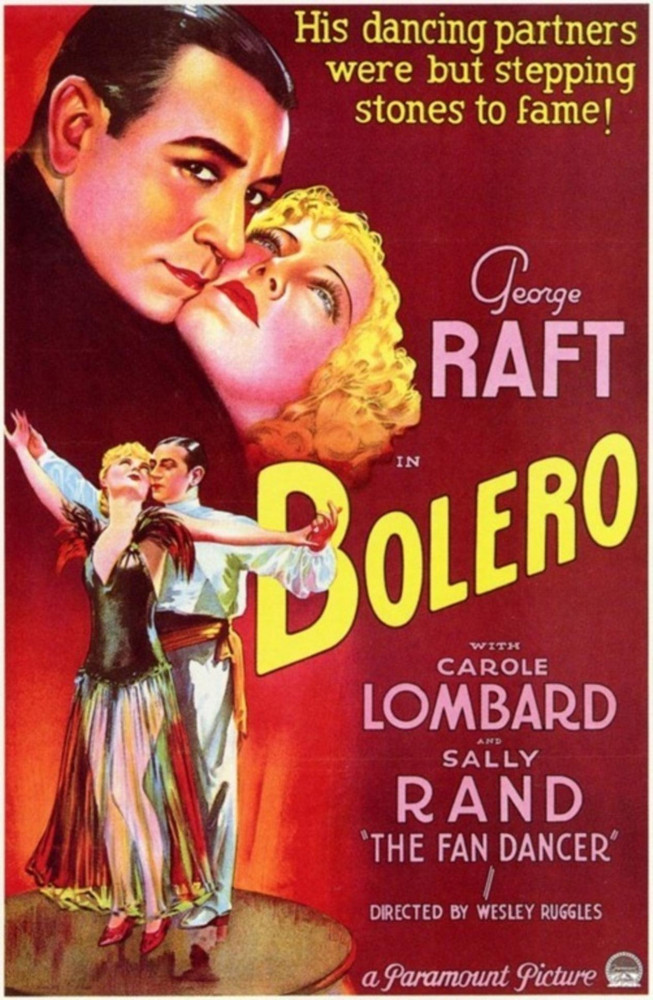 Imagine an orchestral piece from 2014 or so gaining worldwide acclaim by decade's end, without benefit of placement in a current blockbuster movie. That's essentially the phenomenon that led to the Carole Lombard-George Raft dance drama "Bolero" in early 1934.

The Maurice Ravel composition premiered in Paris in November 1928, wowed audiences across Europe, then was unveiled in America the following November when Arturo Toscanini conducted the New York Philharmonic at a slightly faster tempo than Ravel preferred. Paramount bought the rights -- mogul Adolph Zukor erroneously believed he was purchasing an opera -- so his studio fashioned an anachronistic story set in the 1910s to accompany it. (In the film, "Bolero" is played at the faster Toscanini style.) 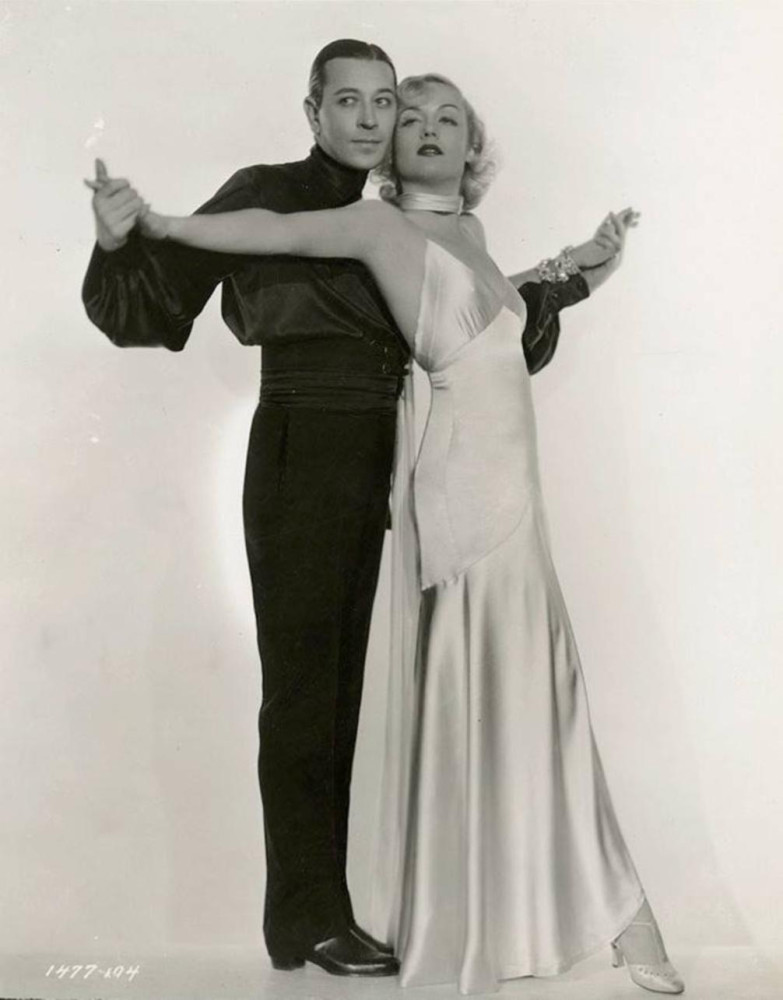 Raft was an accomplished dancer, Lombard reasonably proficient at dance from her days at the Cocoanut Grove, and (with occasional help from doubles) "Bolero" became a hit following its U.S. release in February 1934. That September, the film premiered in Germany, and a program promoting it is up for auction at eBay. The cover, sponsored by Film-Kurier magazine: 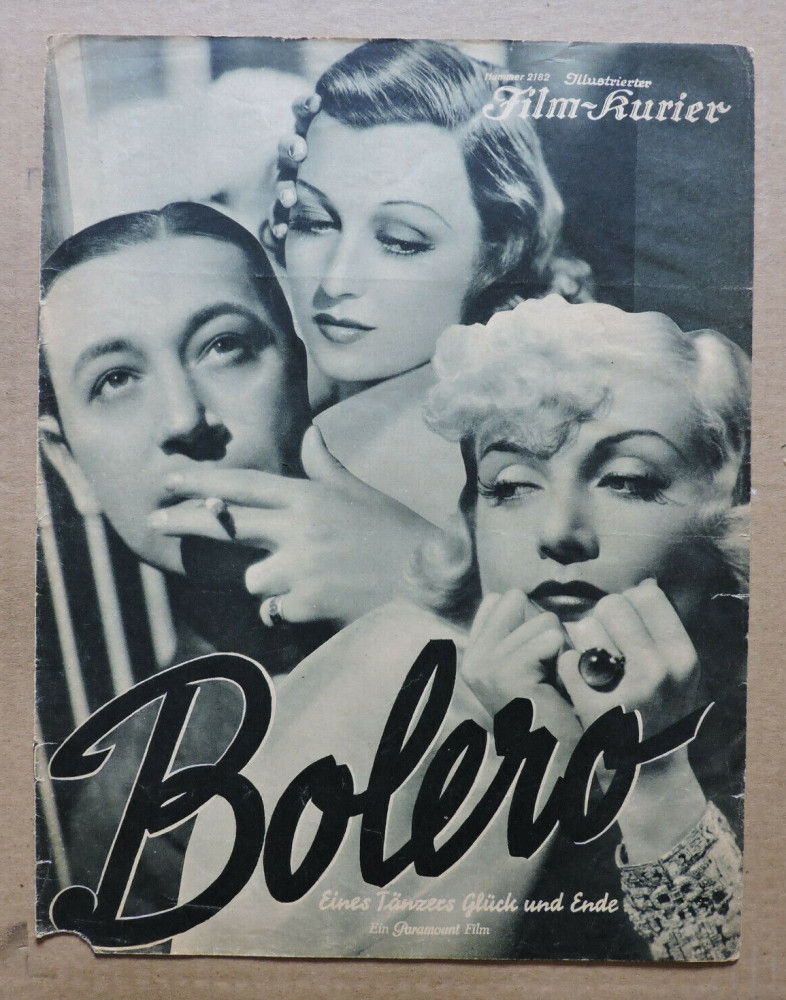 Inside, plenty of pictorial goodies (and if you can read German, even better): 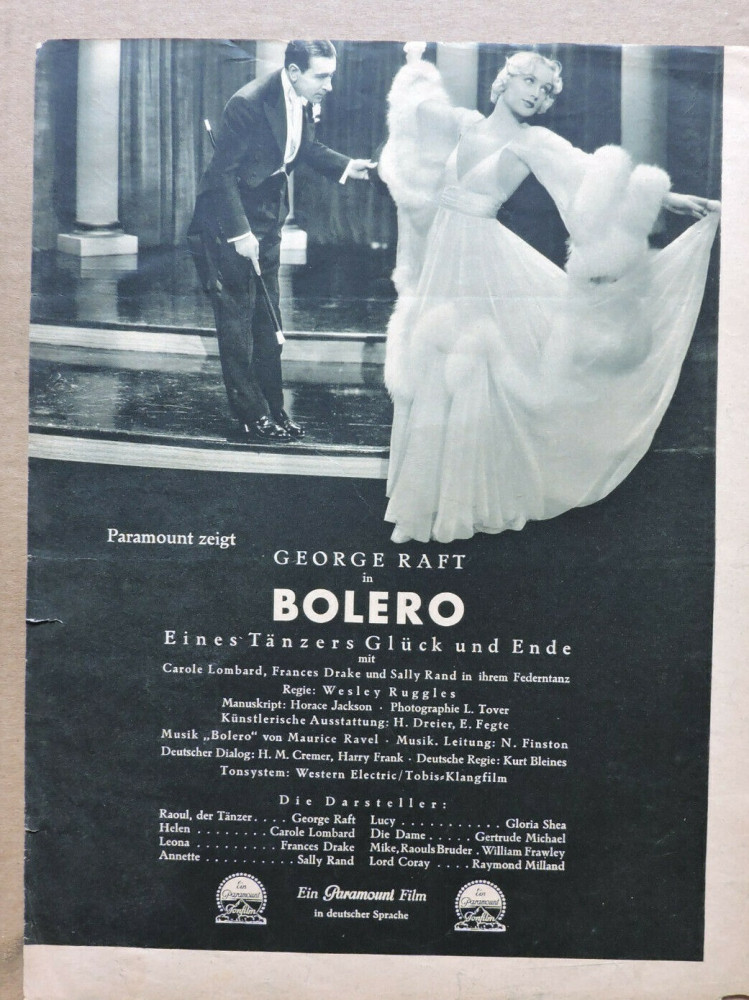 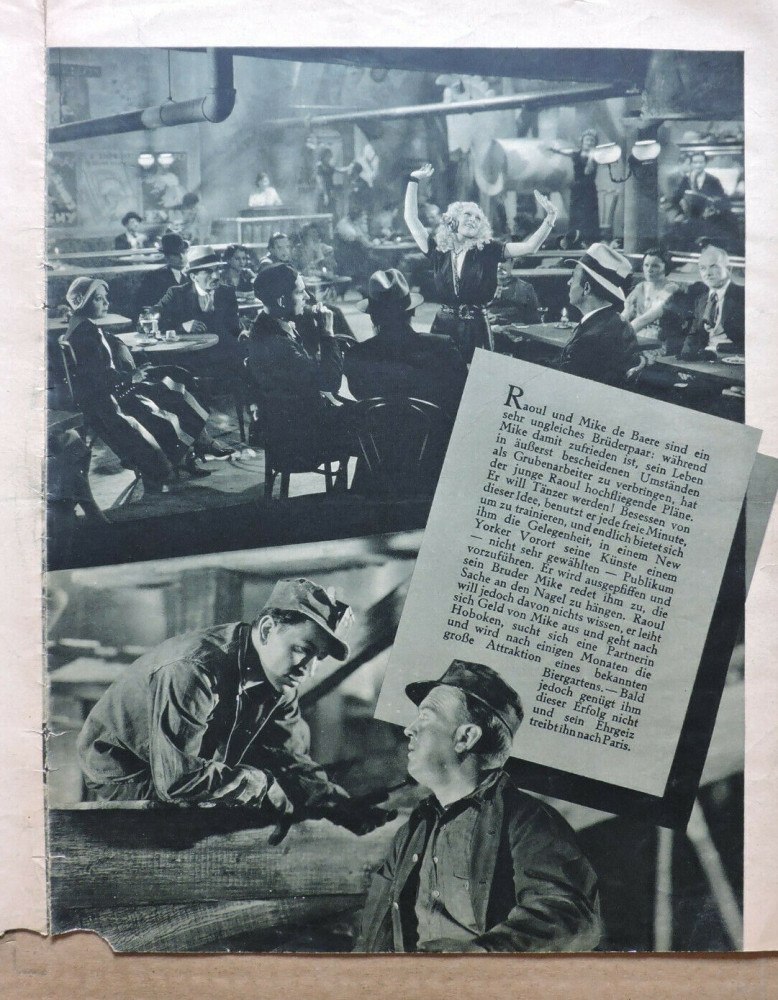 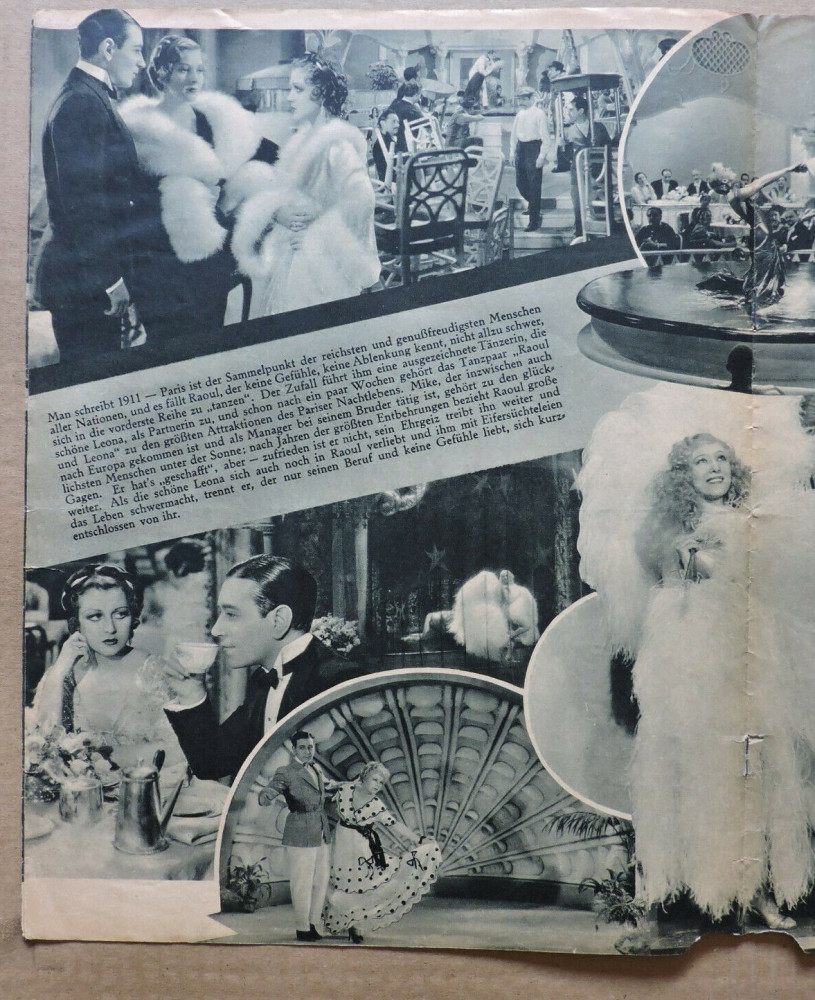 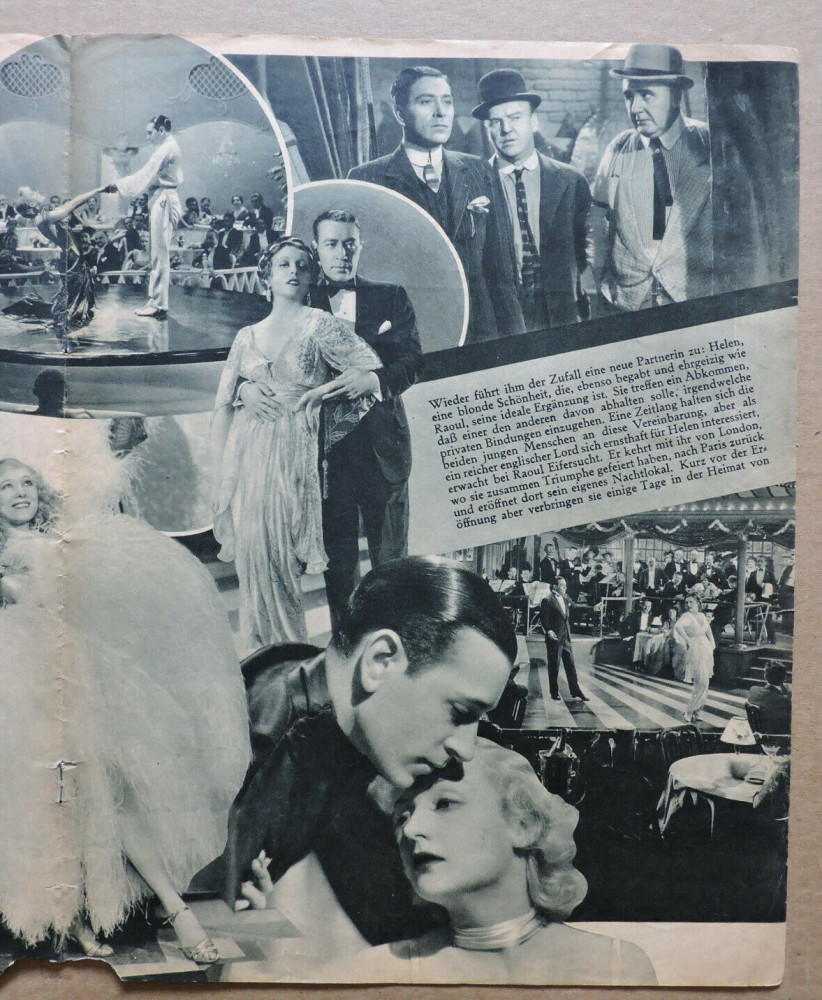 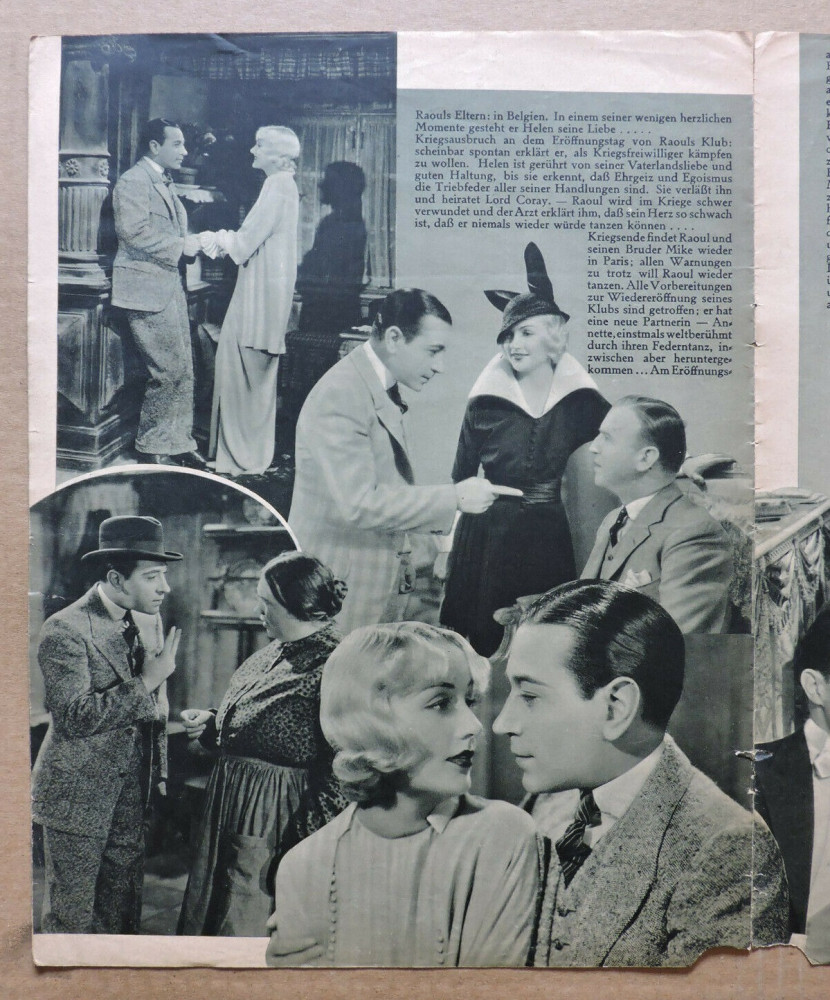 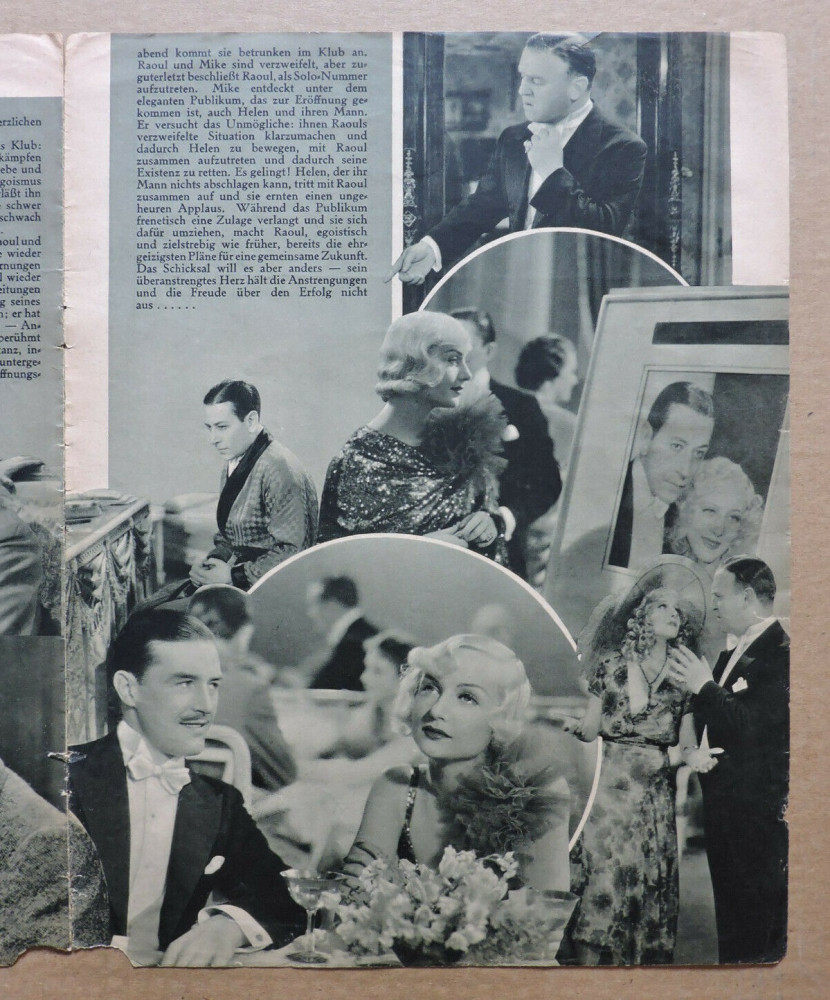 The starting bid is $15, and the auction closes at 9:07 p.m. (Eastern) Wednesday. To place your bid, visit https://www.ebay.com/itm/Carole-Lombard-George-Raft-and-Frances-Drake-original-German-program-1934-Bolero/233700645870?hash=item3669a4dbee:g:hCsAAOSwGYNfToXA.

To close, "Bolero" at the sensual tempo Ravel preferred. I wish I knew the orchestra performing this, but its members do a splendid job.