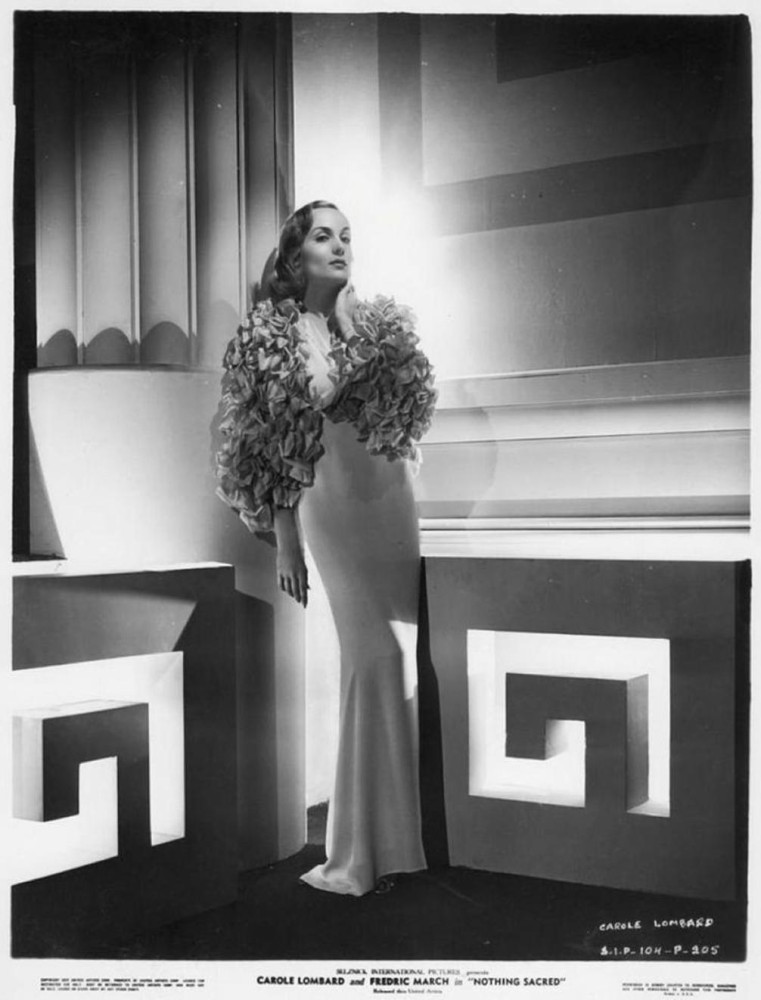 Quick, who's the heavyweight boxing champion of the world? Had you asked Carole Lombard that question when this promotional still for "Nothing Sacred" was taken in 1937, she'd have instantly answered, "Joe Louis." (He'd won the crown that June, and was champion until March 1949.) Few of us in 2020 would know the answer without checking, and yes, I'm one of them.

(The answer? Four, possibly five among the quintet of current governing bodies.) The two best-known current titleholders are Anthony Joshua or Tyson Fury -- neither as well-known to sports fans as Mike Trout, Patrick Mahomes or LeBron James.

In other words, boxing is currently largely an afterthought in the world of sports; 'twas not always thus. Boxing, along with baseball and thoroughbred racing, were the holy trinity of American athletics. Lombard herself was a boxing fan who as a child took lessons from world lightweight champion Benny Leonard (a neighbor) -- here, she's shown attending a match with Clark Gable and actress Sally Eilers at Los Angeles Wrigley Field in the spring of '37: 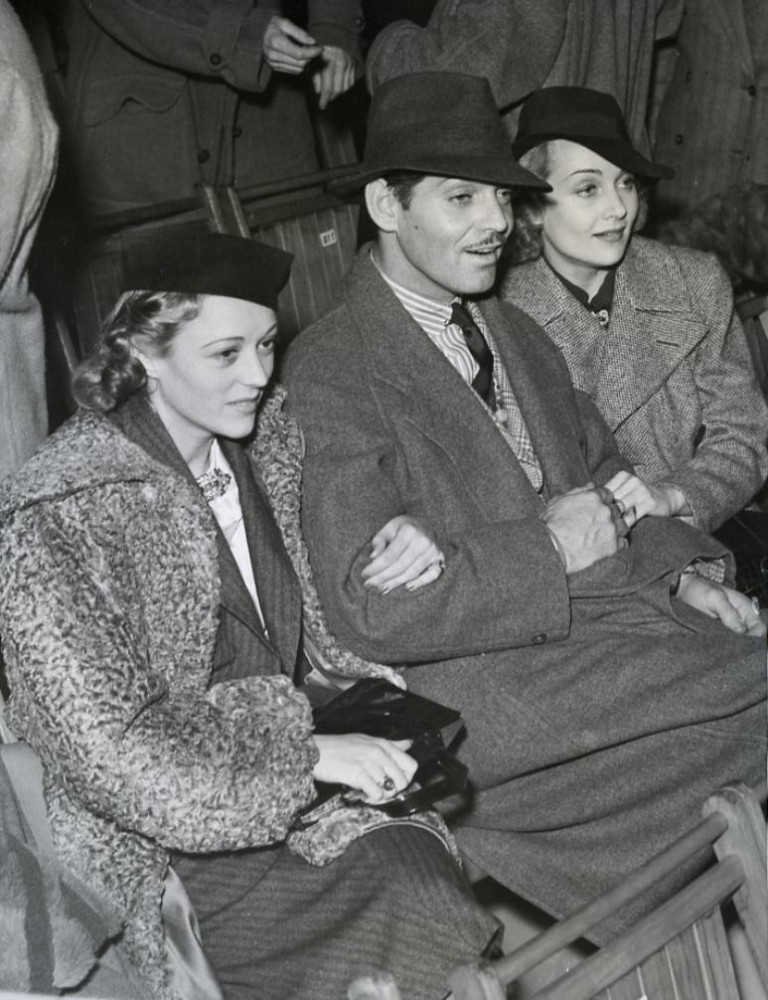 In other words, boxing was a big thing that year, so it makes sense that "Nothing Sacred" would take advantage of it...especially since the movie had a "fight scene" between Carole's Hazel Flagg and Fredric March's Wally Cook. (He's trying to work her into a sweat so she can appear ill and fool some doctors about to visit her hotel suite.)

The Lombard-March pugilism was a major part of the picture's publicity push: 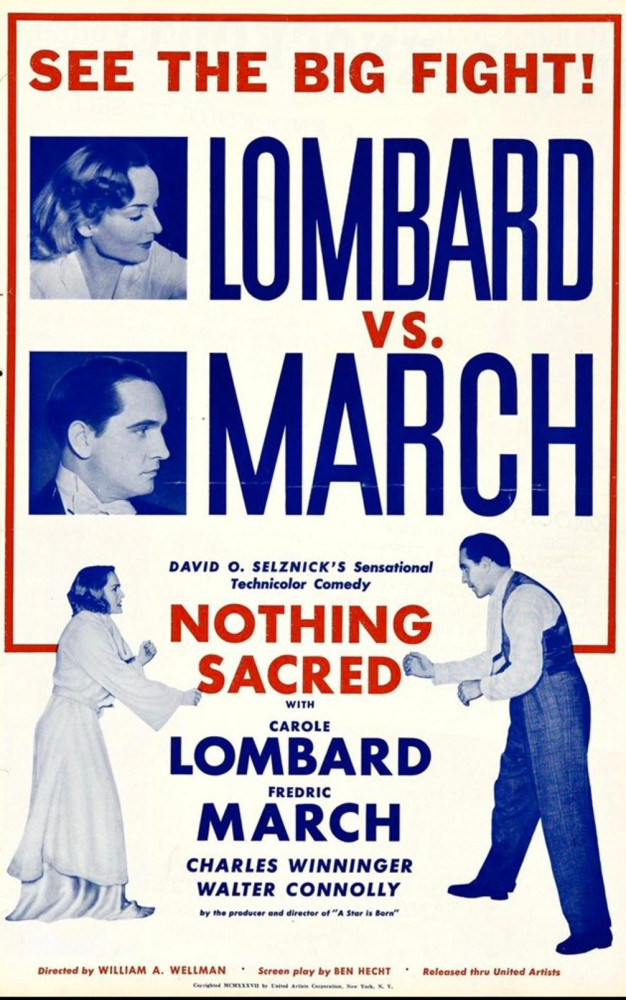 Boxing had millions of fans back in the day, and so the publicists promoted nostalgia for bouts of days gone by -- see below. (That Dempsey-Luis Firpo fight, at the Polo Grounds in 1923, is arguably the greatest brawl in history, with knockdowns all over the place. I was told my grandfather was there that night, and William Powell and Clark Gable's characters attended in a scene from "Manhattan Melodrama.") 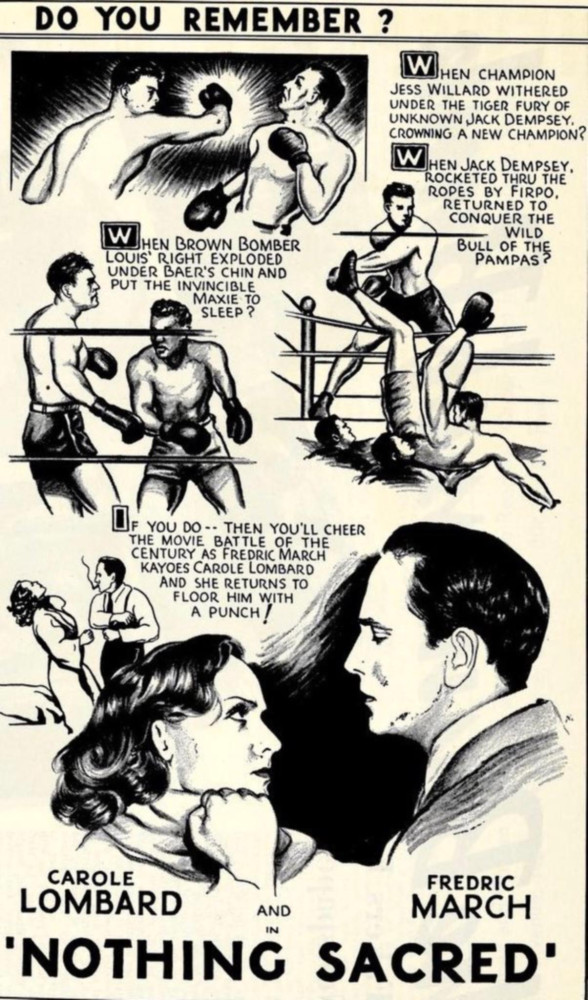 Theater owners were given some marketing ideas that might seem absurd to those of us with "woke" 2020 attitudes: 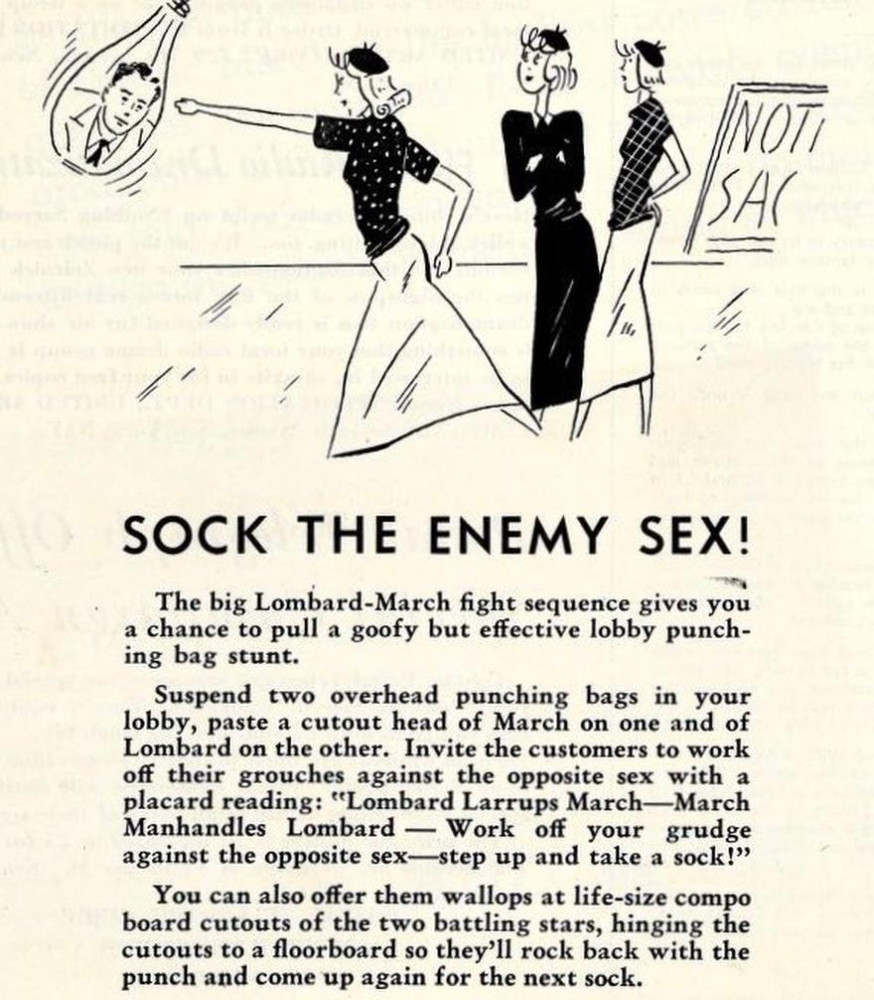 And if you thought that was tasteless, consider this suggested contest: 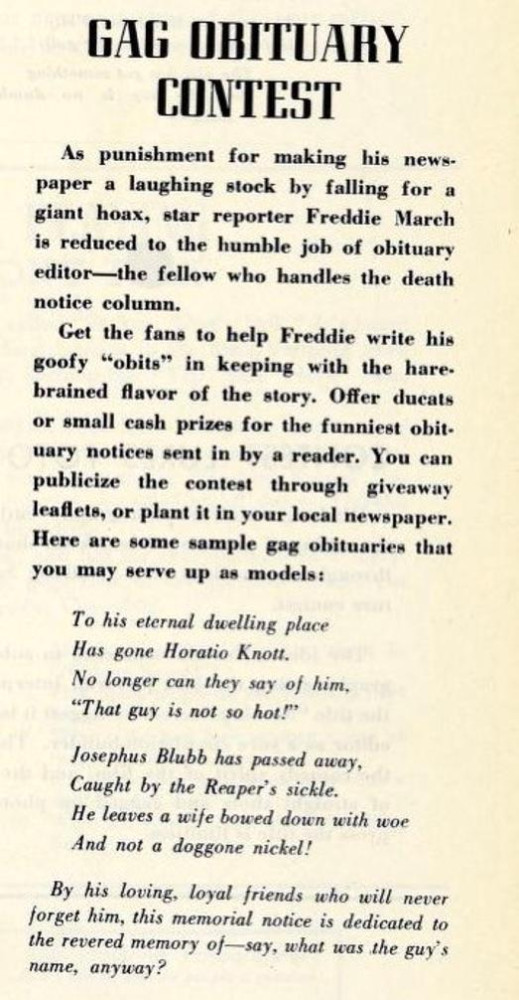 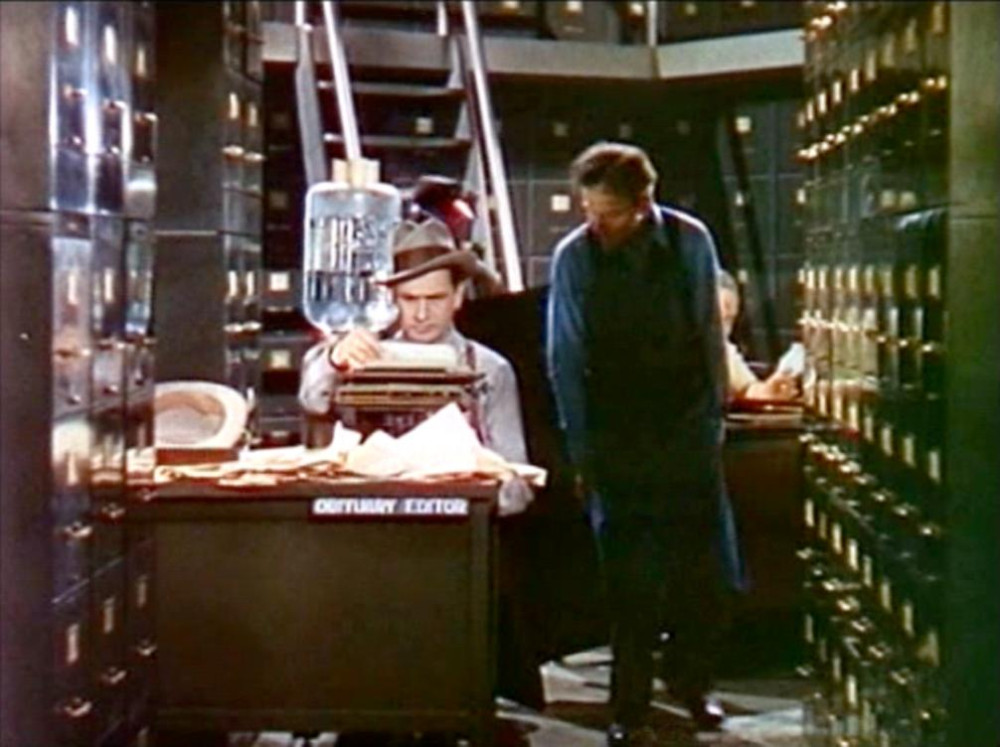 Nevertheless, "Nothing Sacred" would be a box-office champion.
Collapse