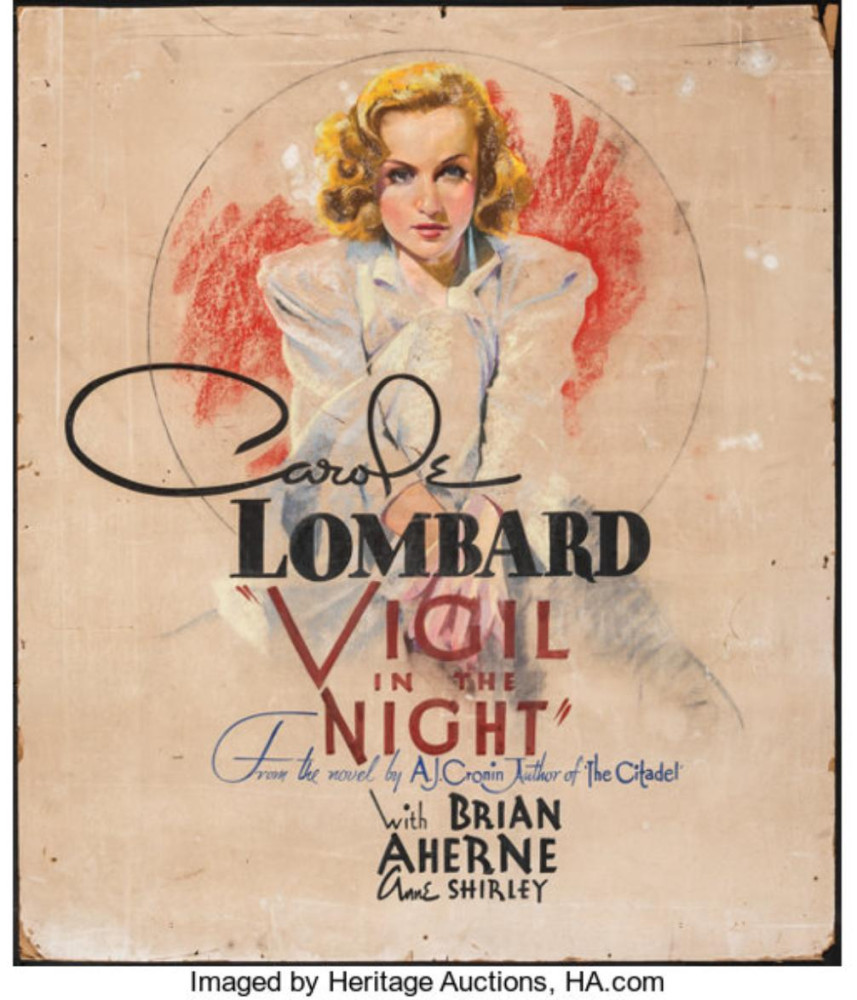 Isn't that exquisite? It's a poster for Carole Lombard's drama "Vigil In The Night," but unless you lived in New England in early 1940, you've probably never seen it. This was designed by the Boston-based Avery Art Display Co., which has been around since 1929. It's magnificent, to say the least.

It turns out the movie's last DVD release came in mid-2011, an eternity by DVD standards (though not the longest for a Lombard film -- Columbia's 1934 classic "Twentieth Century" inexplicably hasn't been issued since 2005). The 2011 "Vigil" is from the Warner Archive, which owns the rights to RKO product, and I hope Warners soon will issue a new version on Blu-ray. 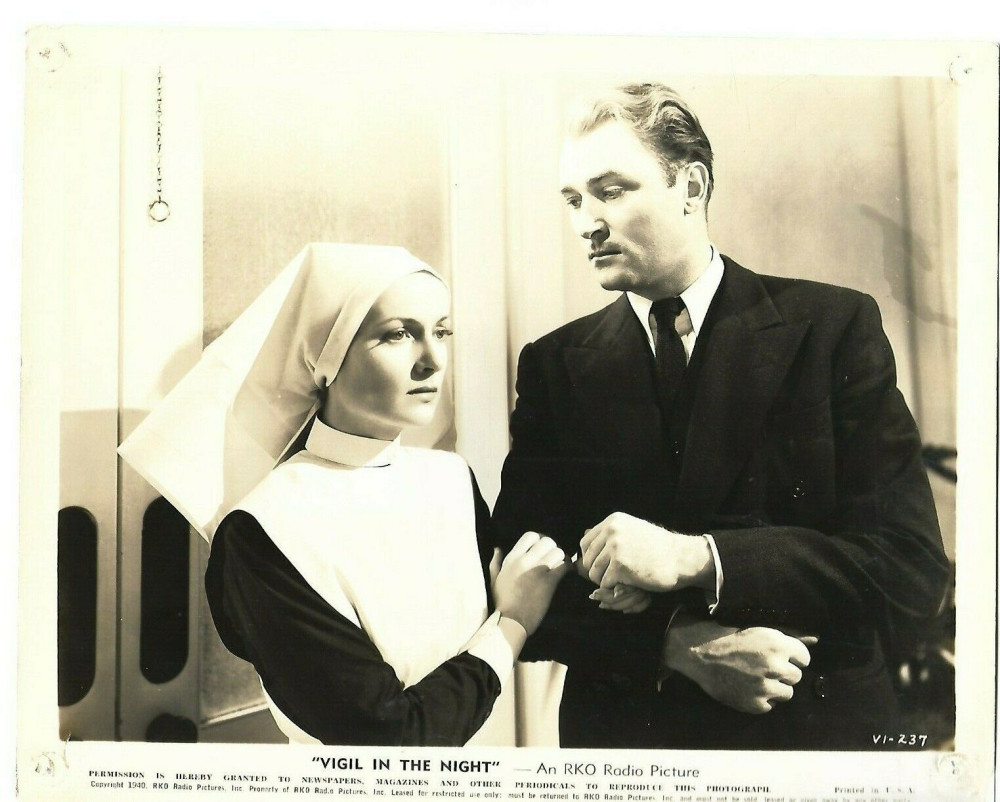 When it does, I hope it includes the "international ending" designed for markets outside North America. The footage discusses the start of World War II, which took place in early September 1939, mere months before its American release, where Lombard and co-star Brian Aherne (above) in character discuss how the conflict will affect England (the film was set in Great Britain).

When Lombard was first honored in Turner Classic Movies' "Summer Under The Stars" in 2006, the additional footage aired, and its background explained. I saw it, so I know the footage exists. However, it hasn't appeared in subsequent TCM showings of "Vigil."

"Vigil In The Night" is a lesser-known work from a major director (George Stevens) and is arguably Carole's best dramatic performance. It deserves Blu-ray treatment. And in addition to commentary from a notable source and bonus items such as production and pressbook stills, please include this extra footage, which does not weaken the overall film by any means.

Oh, and to you Warners people -- when you do issue a Blu-ray version, please see if you can get the rights to reprint that poster at the top as cover art? (Incidentally, its current owner has it for sale; it's 45" x 52.5" and in fine condition. The minimum offer is $866. Go to https://movieposters.ha.com/itm/movie-posters/drama/vigil-in-the-night-rko-1940-fine-locally-produced-original-mixed-media-artwork-45-x-525-drama/a/161951-54510.s to learn more.)
Collapse