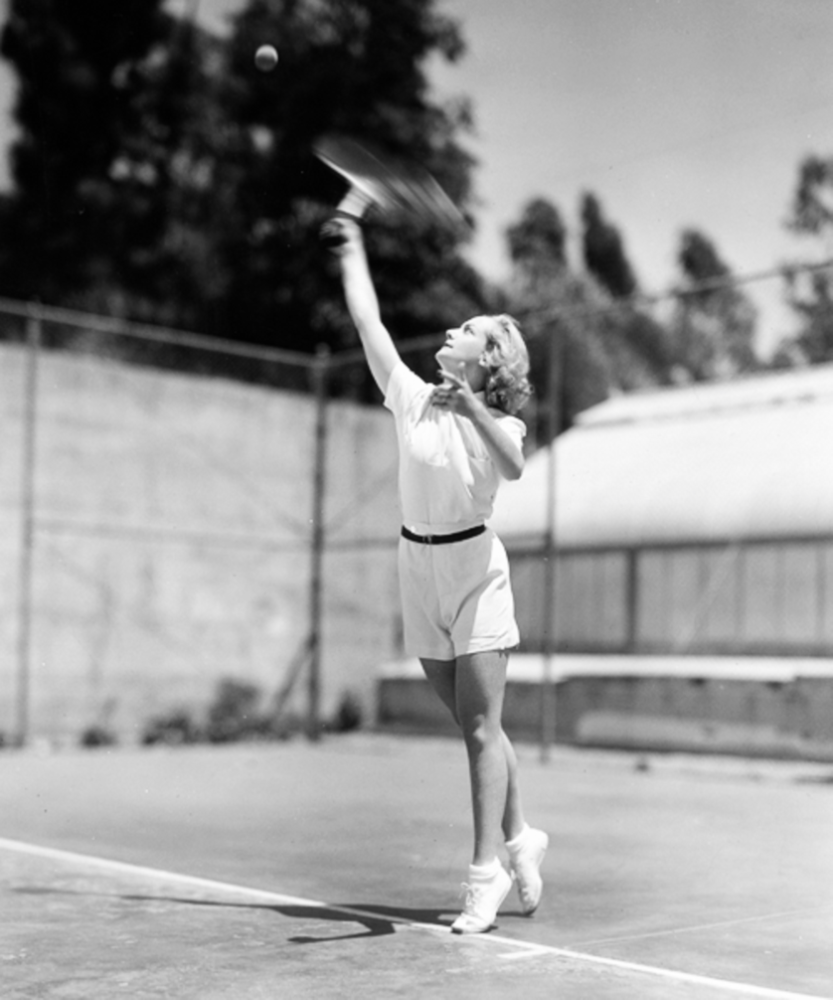 At times, I wonder whether the plaudits given Carole Lombard's athletic prowess haven't been exaggerated over the years. Yes, she was at least a competent tennis player, likely among the best in the Hollywood actress contingent. (Alas, we have no idea whether Carole took on Ginger Rogers, Katharine Hepburn or contemporaries with similarly good reputations on the court.) 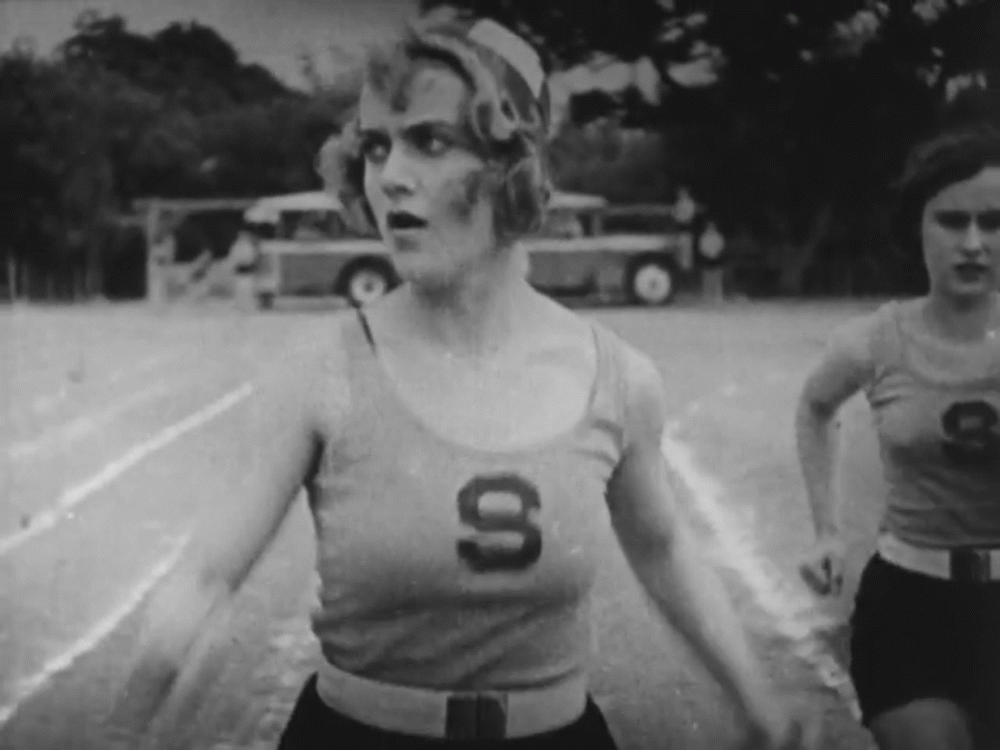 While it's true Lombard won several track and field medals at Virgil Junior High School in the early 1920s (here, she plays collegiate track star Norma Nurmi in the 1928 Mack Sennett short "Run, Girl, Run"), she was not so talented that if you removed a layer of clothing from her, you'd find a "WW" on her chest for Wonder Woman (the "S" in the movie stands for Sunnydale, not Supergirl). But Carole truly enjoyed sports -- it was part of the modernity she lived to cultivate -- and liked being pictured participating in them. 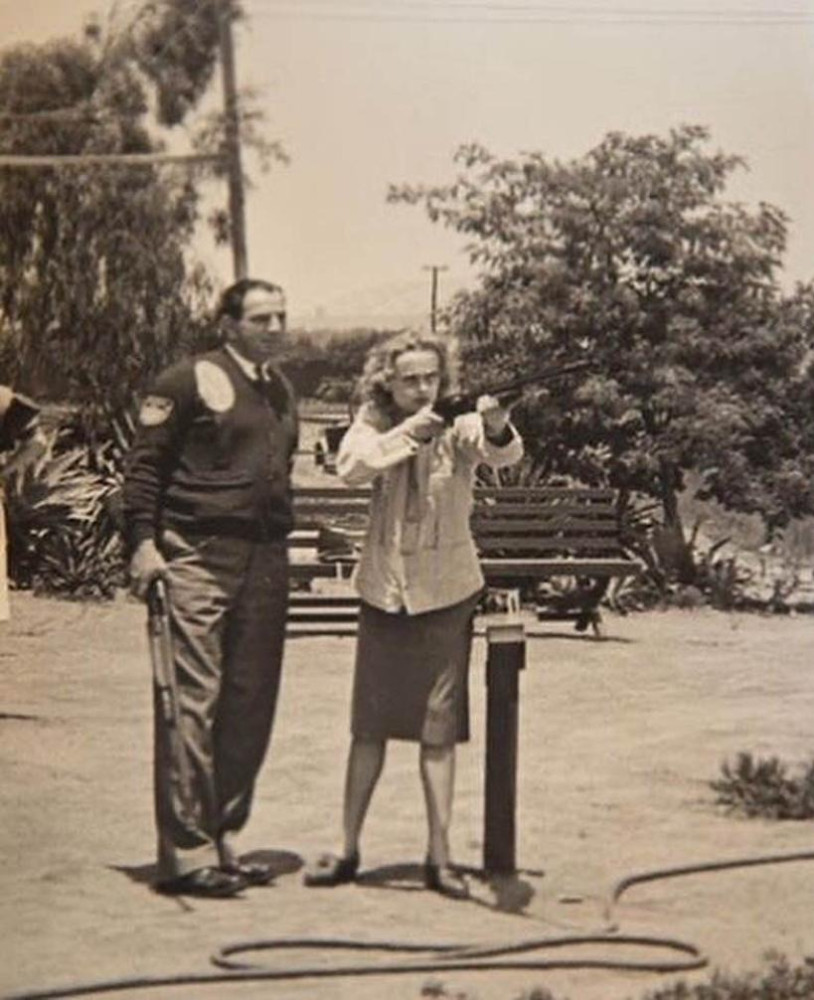 About 1933, Lombard learned skeet shooting from a youthful Robert Stack (a later future co-star) and began practicing at southern California ranges. We also know she enjoyed swimming, probably more for recreation than competition. 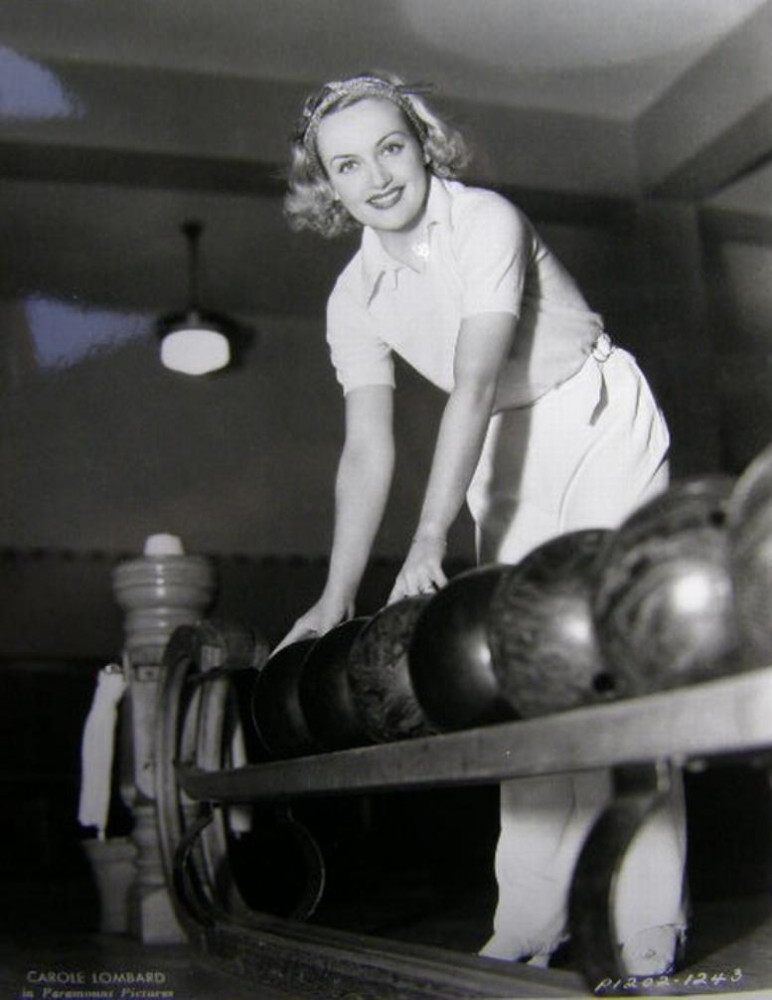 ...bowling, a sport popular in the 1930s, but one whose popularity would ascend after World War II, the result of suburbanization, automatic pin setters that speeded up the game and the construction of scores of bowling centers. (I grew up in Syracuse, a tenpin hotbed with lanes all over town, and bowled regularly, even taking part in a junior high school league in the late 1960s.) Bowling fever has cooled off in recent decades, but it remains fairly popular. 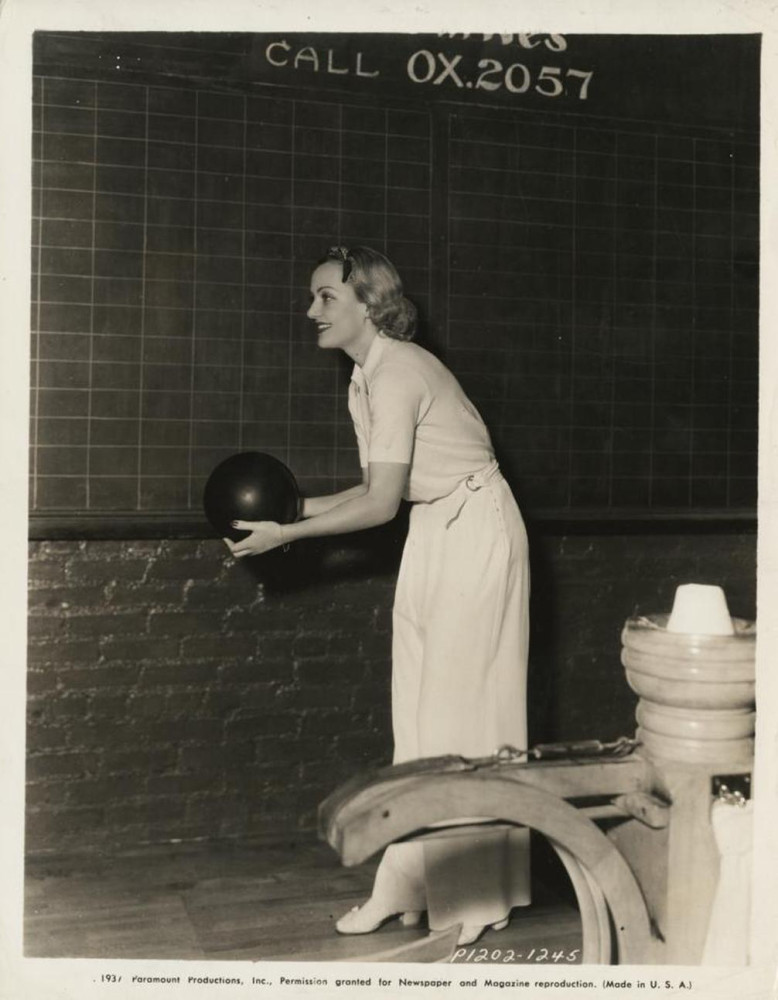 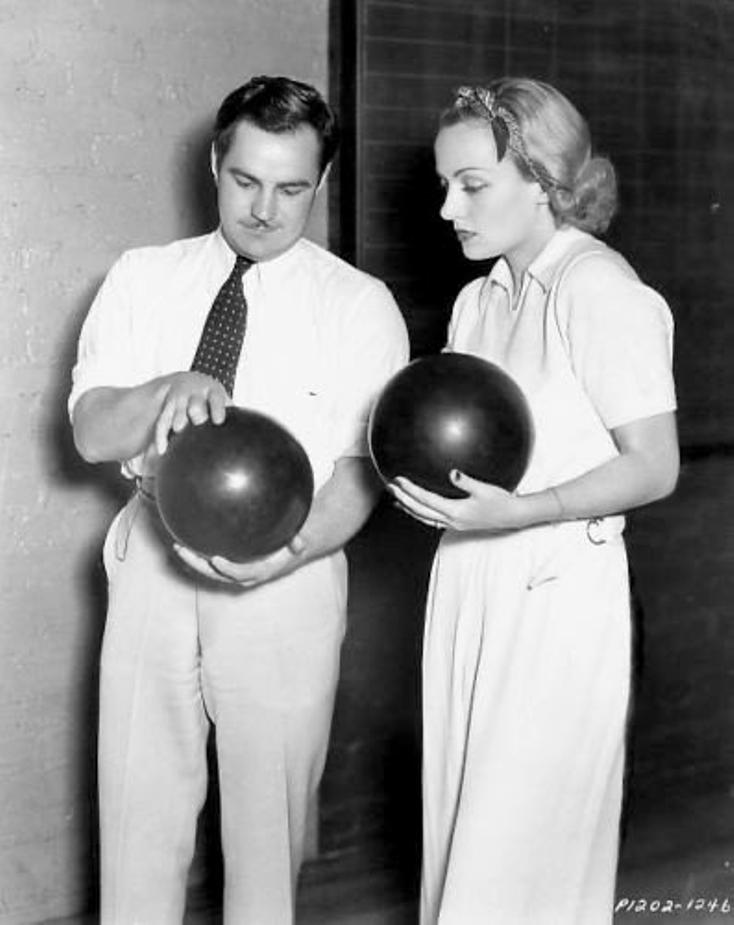 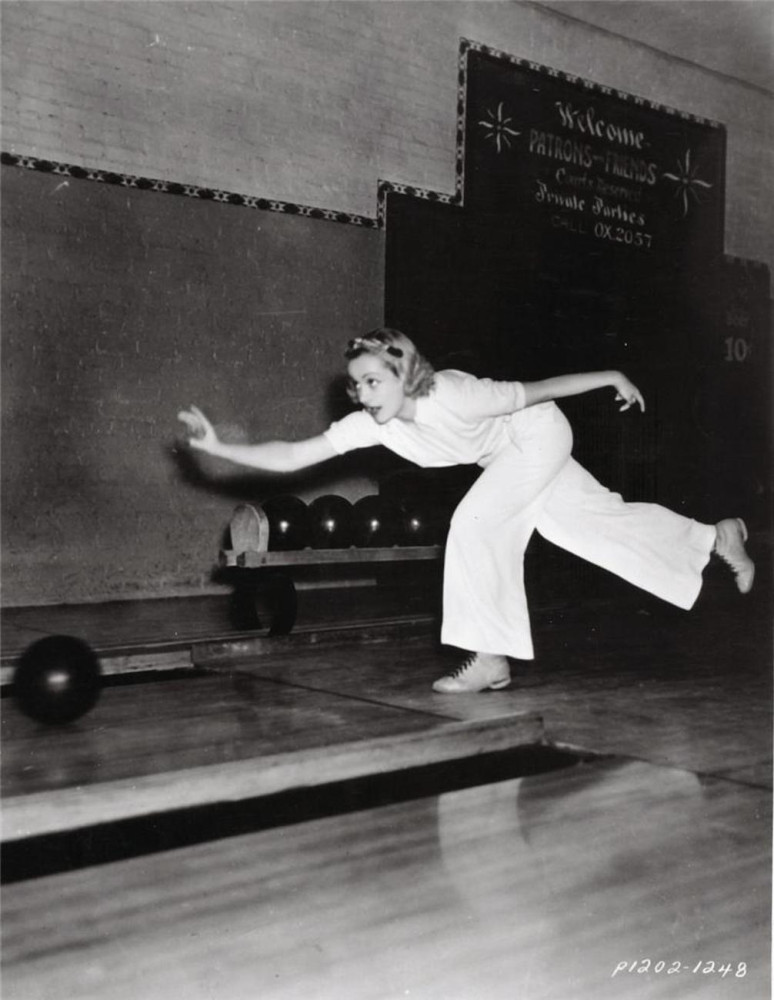 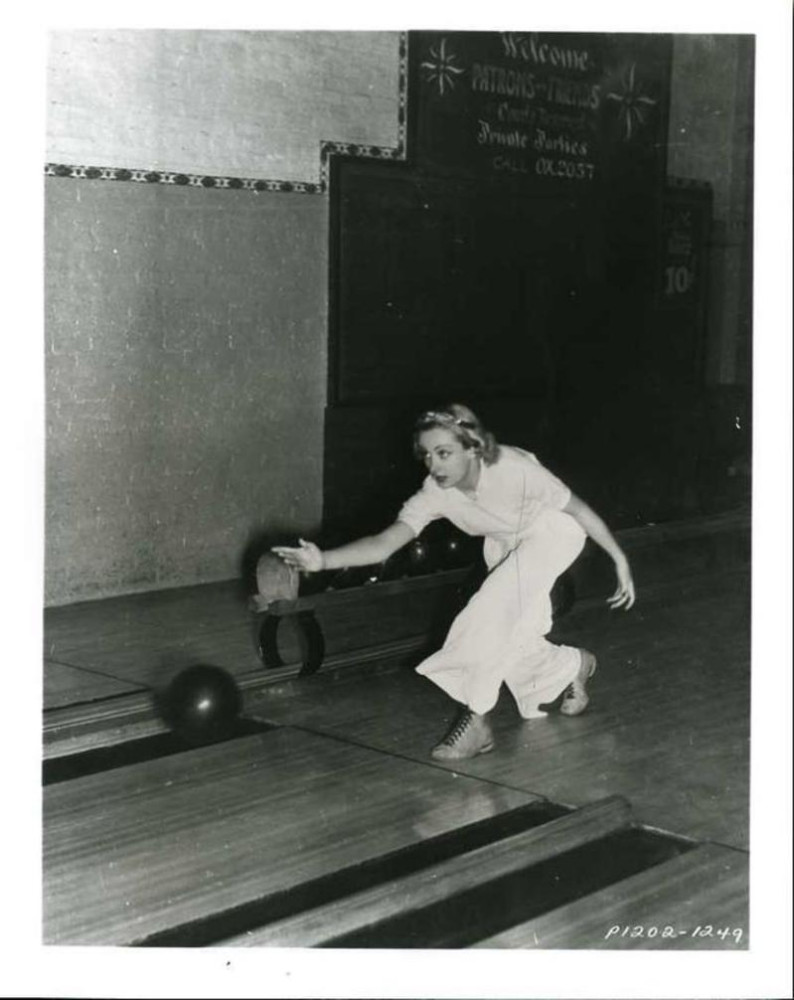 We have other Lombard bowling pics, too, probably from the same session. This one, where she's bowling straight at you, looks to be a p1202 (you can see a faint tracing of a number in the lower-right corner)... 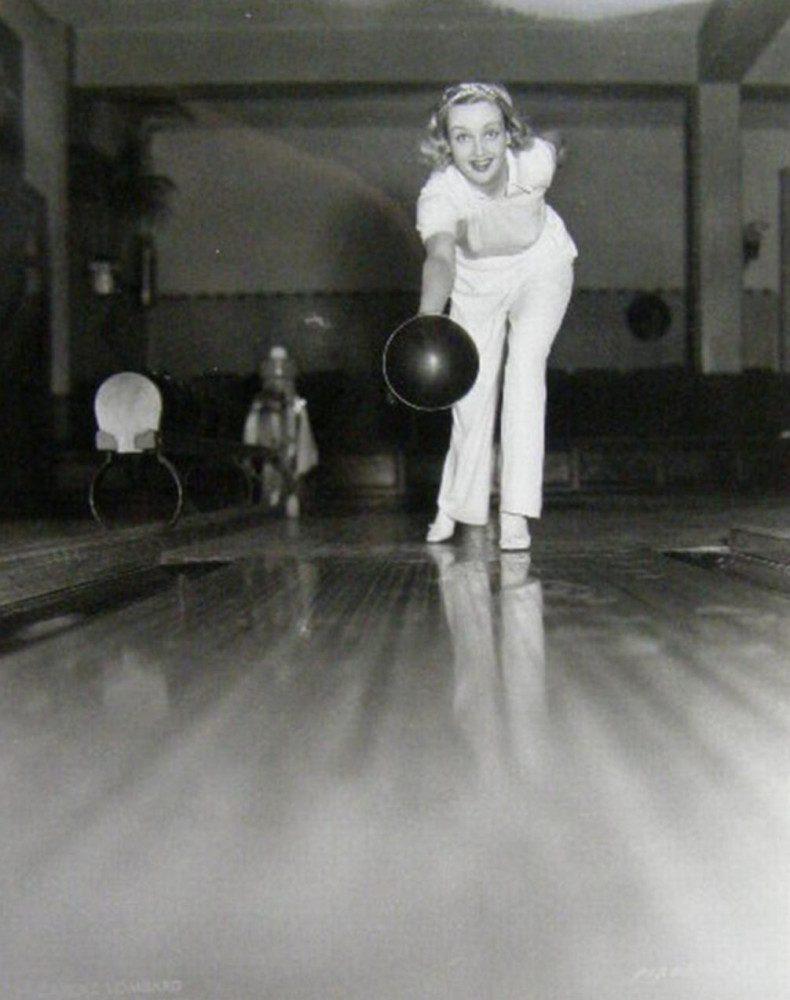 ...and this image of her picking up a bowling ball: 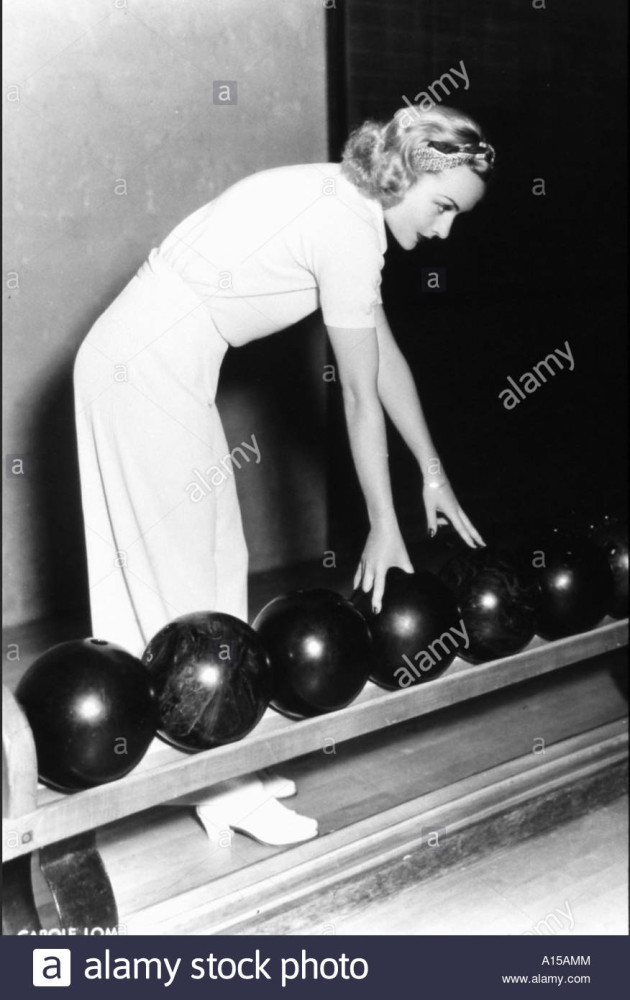 Nice images of Carole enjoying some time on the lanes, right? But forgive my slight skepticism. In a 2017 entry (https://carole-and-co.livejournal.com/863285.html), I noted that in a fan magazine (alas, I forget which one), the lanes' proprietor said he had never seen Lombard bowl there before or since the photo session. Examine the shoes she has on in p1202-1245 -- those are not regulation bowling shoes.

So apparently Carole had never bowled before the photo shoot, not even in her youth with her older brothers. Perhaps this would've been the one sport where I could have beaten this cinematic goddess (although my personal high score is 196, achieved at a six-lane junior college alley in 1981). We will never know.

This just in: According to the March 1936 Screenland that Olympia tracked down (likely a few months after the bowling photo session), Lombard and Gary Cooper regularly bowled in Palm Springs:

The jury's still out, ladies and gentlemen.
Collapse