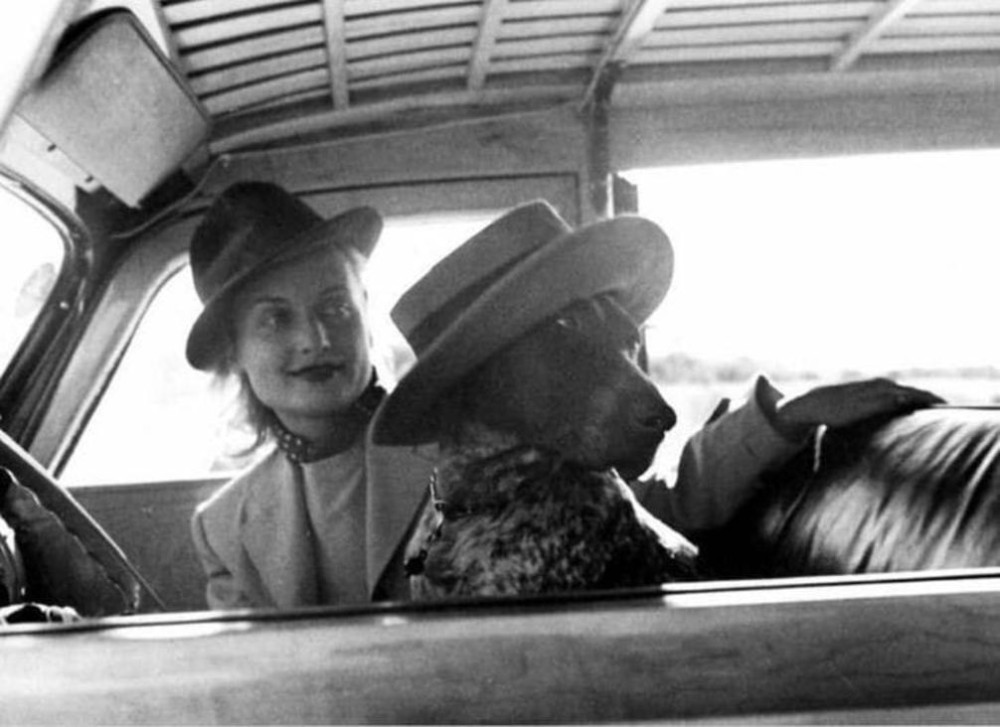 Meet Carole Lombard and her hunting dog Bobby (it's as it she's telling him, "If I'm having to wear a hat in this picture, you are too!"). Might Clark Gable have taken this photo? Perhaps. Whatever, today is National Dog Day... 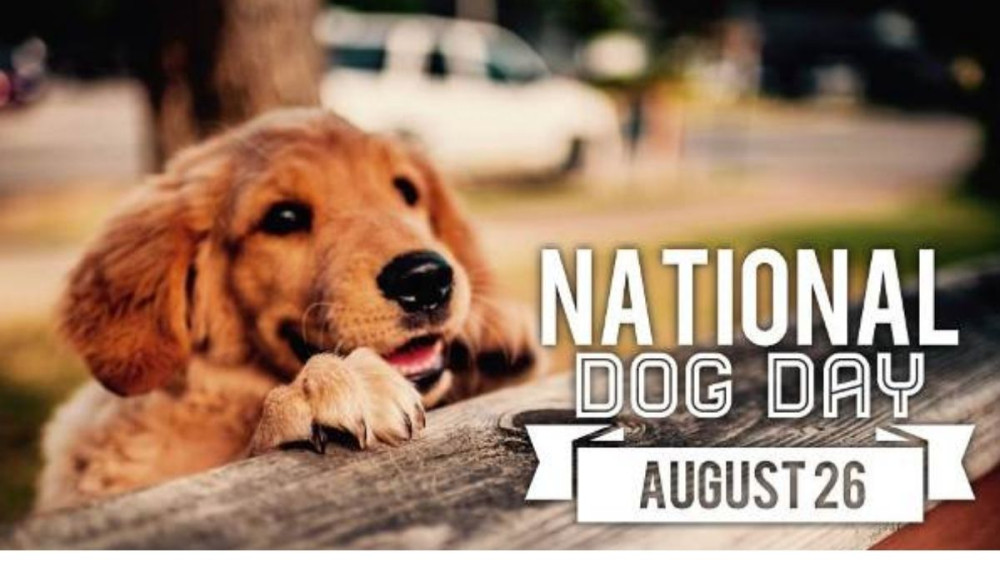 ...and animal lover Lombard owned her share of man's best friends. We'll celebrate by showing Carole with canines over the years.

As Jane Alice Peters, the eventual Lombard may have had a dog or other pet, but I've never seen her photographed with one. The earliest pictorial example of her with a dog that I know of is this pic from about 1929: 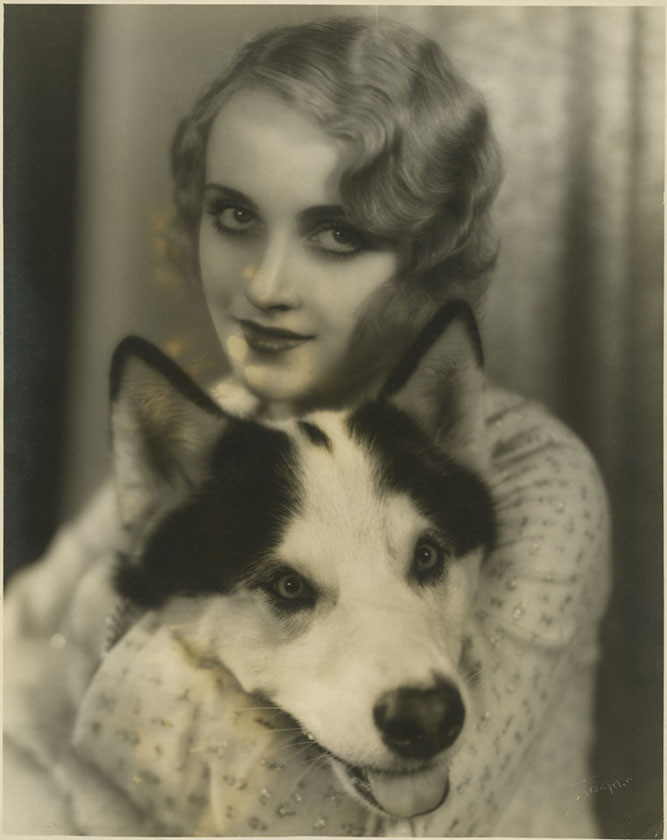 In the early '30s, Lombard had her share of dogs, such as this adorable cocker spaniel: 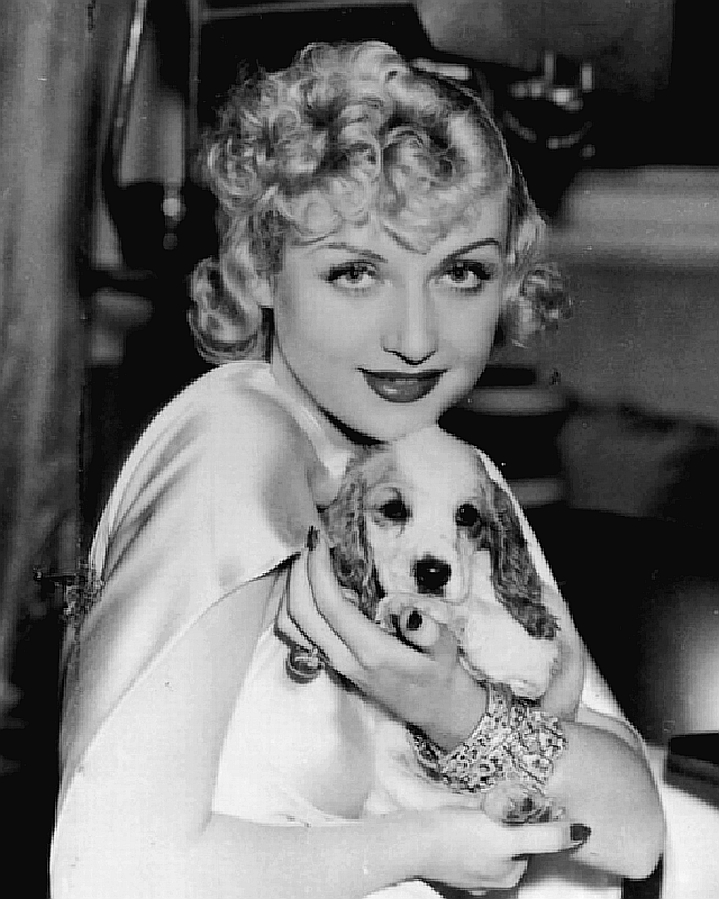 In the mid-'30s, Lombard's Pekingese, Pushface, was frequently photographed with her, and even appeared in her 1936 Universal comedy "Love Before Breakfast." Here, the canine "signs" a contract as Lombard, director Walter Lang and supporting players Cesar Romero and Betty Lawford look on: 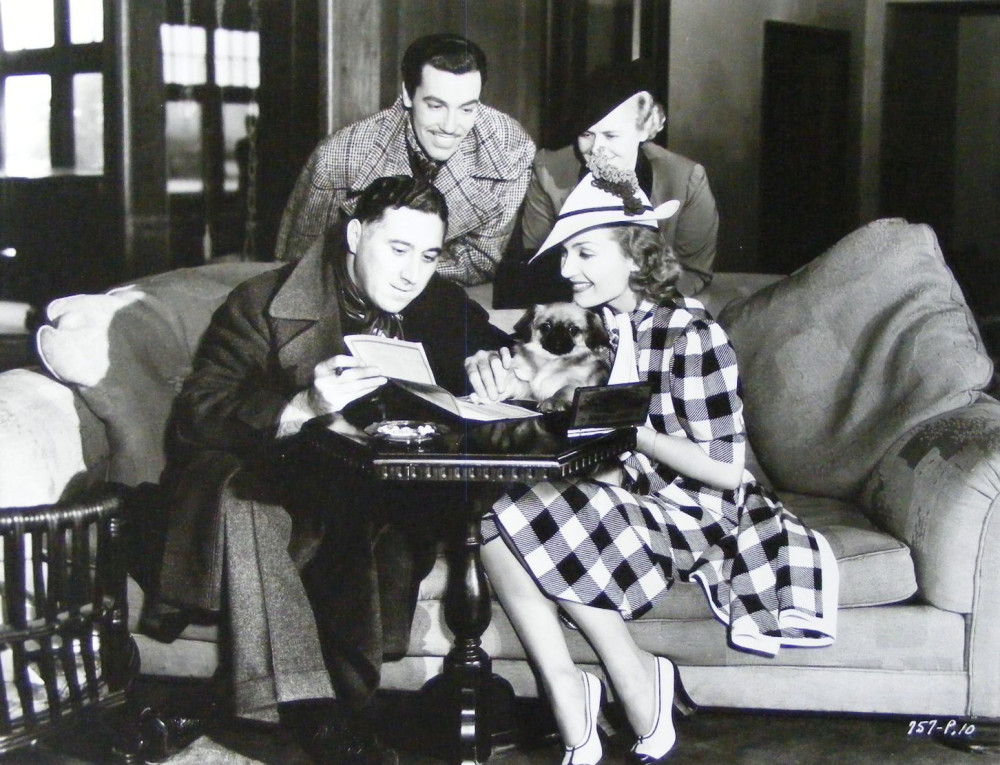 Later in the decade, Lombard and an English sheepdog named Beau Brummel were seen on screen in "Fools For Scandal": 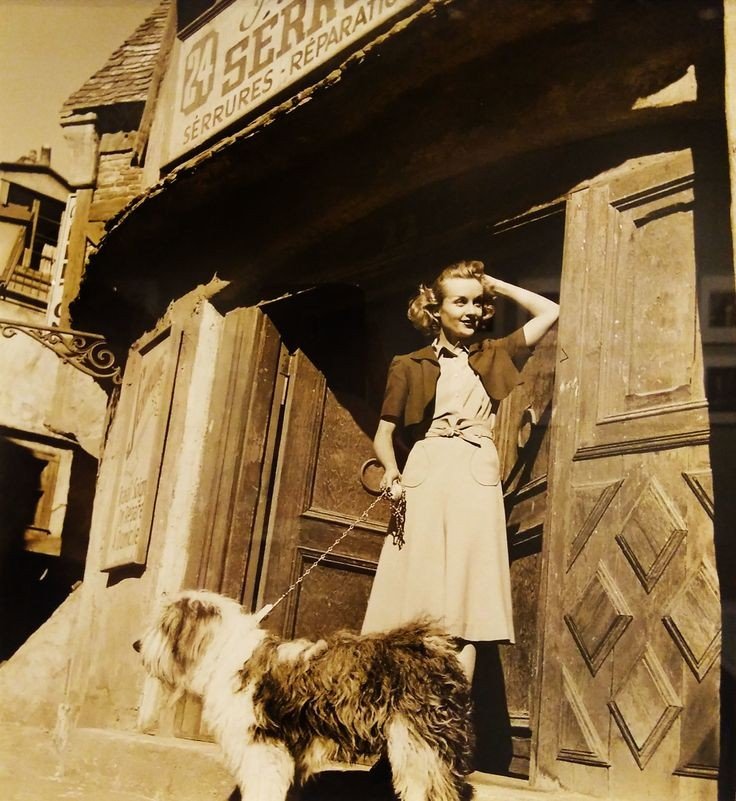 Dachshunds were particularly a favorite of the Hollywood crowd in the '30s, and Lombard was no exception. Here she is with a pair of them: 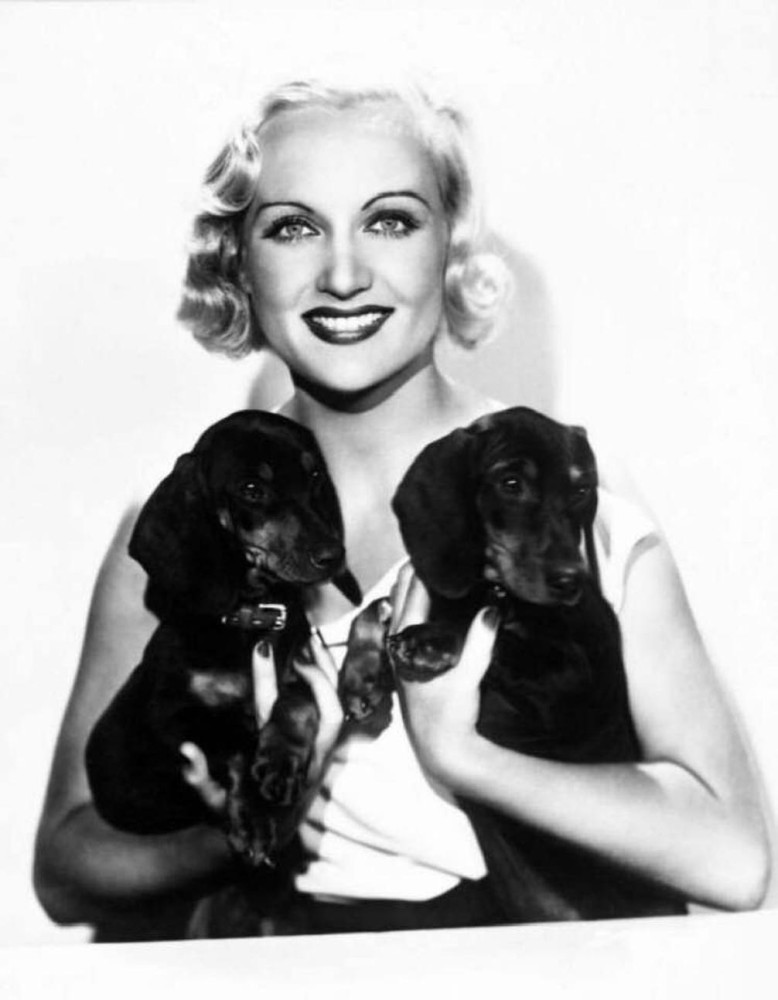 Another one is shown on her bicycle: 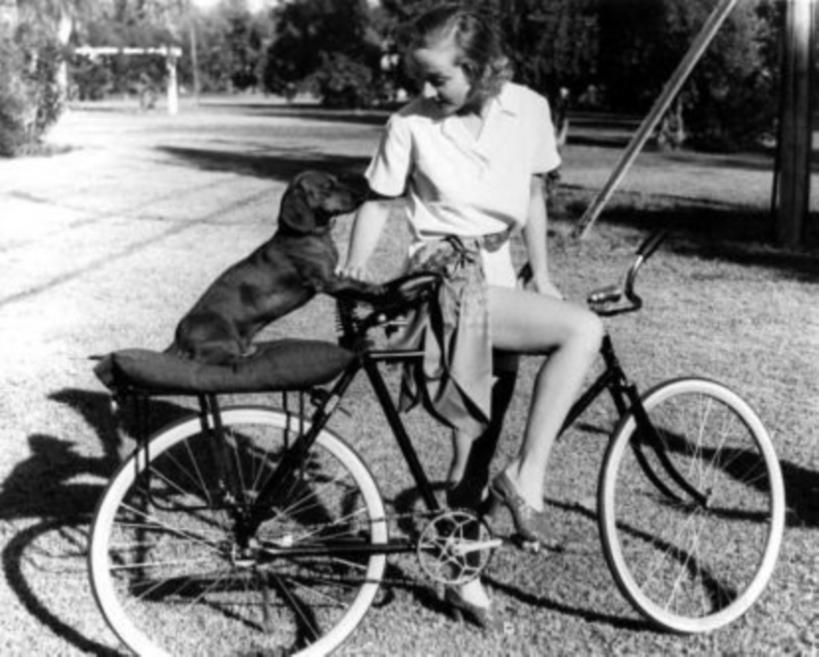 Now, dogs as part of a Lombard menagerie: 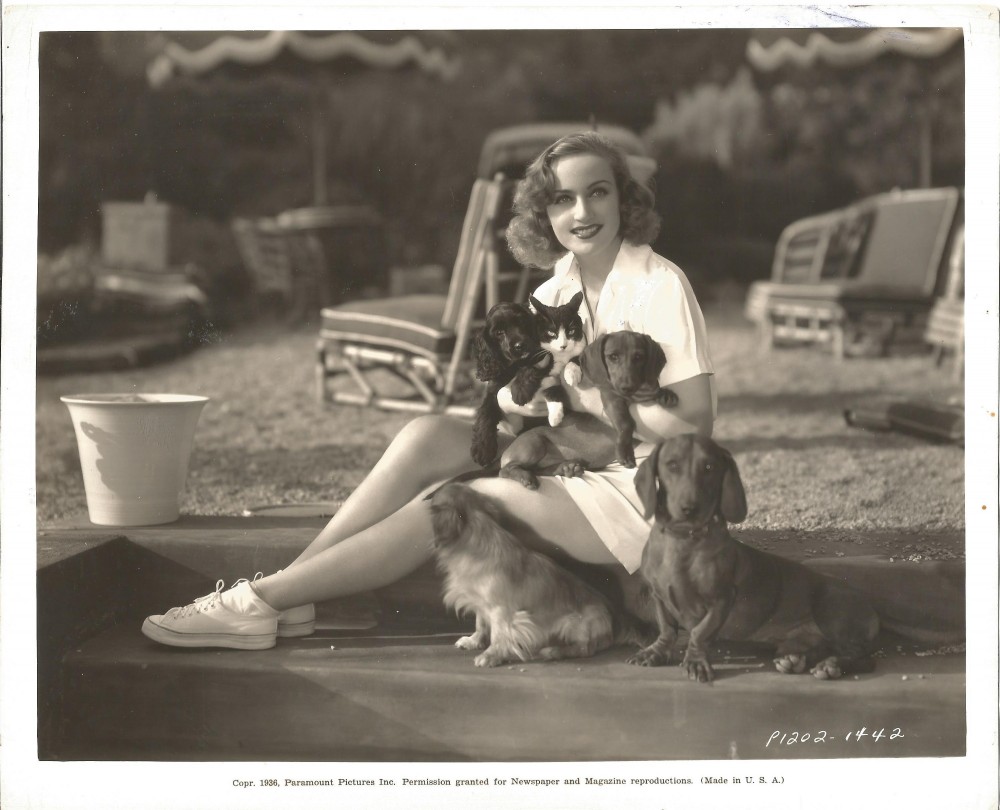 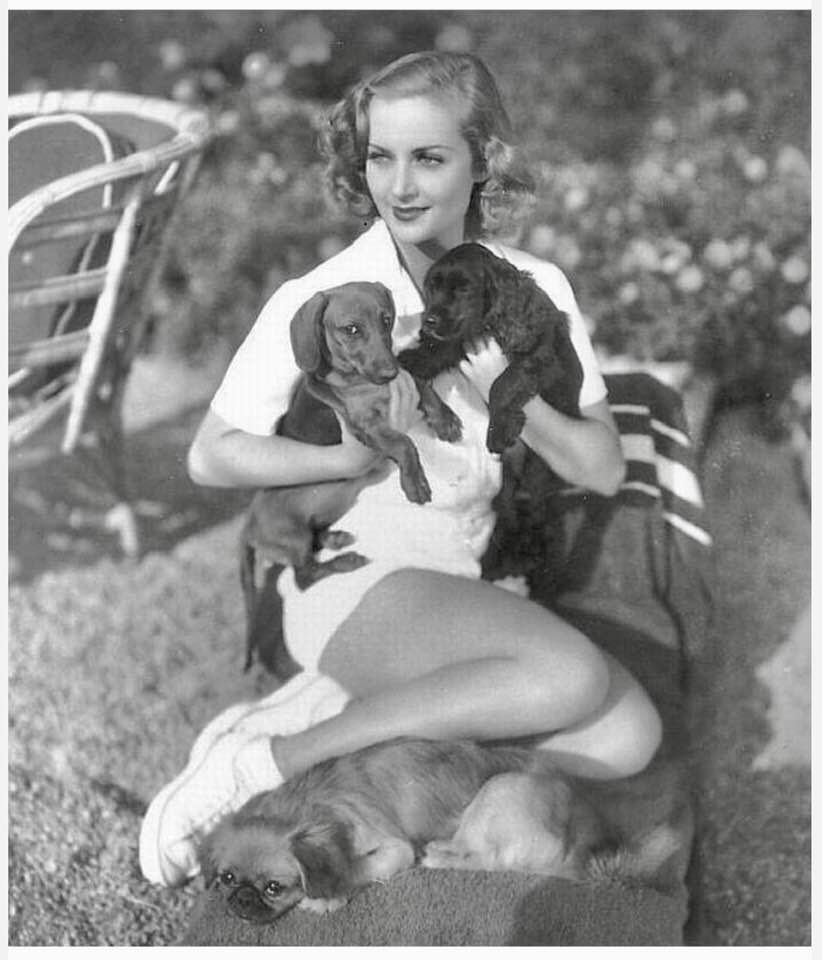 A very happy day to all you dog owners. Make sure to give Fido a treat to celebrate.
Collapse