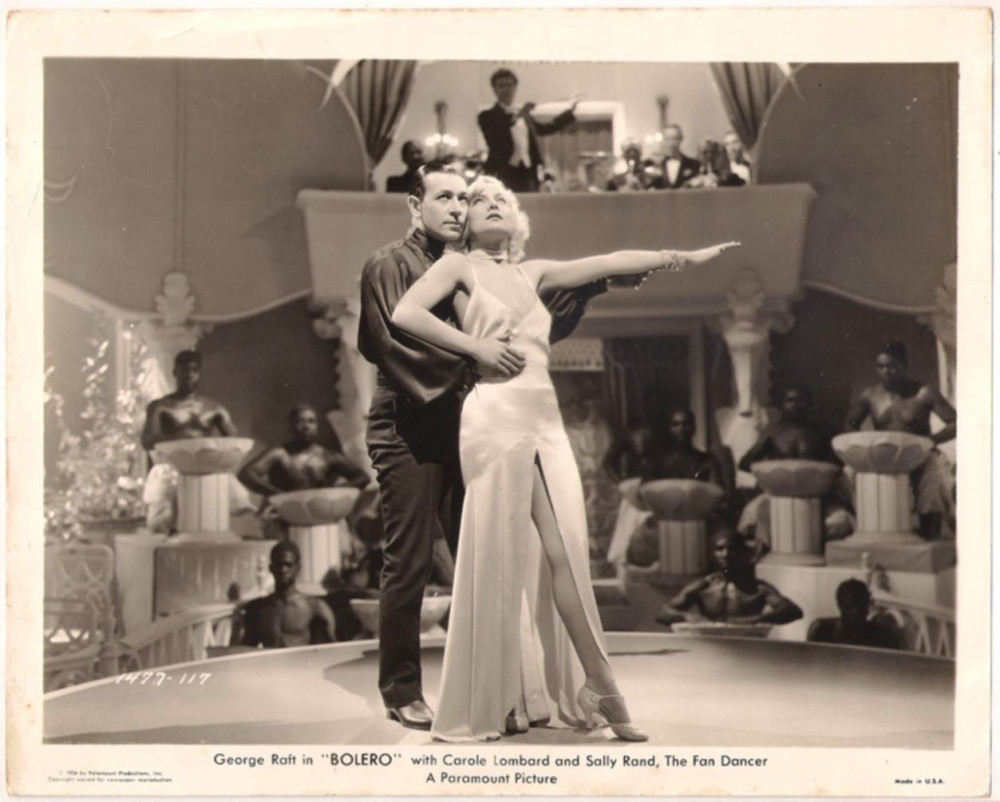 The day after my 65th birthday, another milestone, this for my blog: This marks the 4,300th entry at Carole & Co. since it began in June 2007. And today's subject: George Raft, shown heating up the screen with dance partner Carole Lombard in "Bolero" (1934).

Raft, who did the "dance" with Lombard horizontally for a while (she told female pals he was great in bed) among his many conquests (he was said to have had a huge portrait of her above his bed, hanging from the ceiling), is a first-time honoree at Turner Classic Movies' "Summer Under The Stars," and gets the 24-hour treatment Monday. Alas, there's no "Bolero," not even its less successful followup "Rumba." Instead, a majority of the 14 films scheduled are from the postwar '40s and '50s, with Raft on the decline.

From Hell's Kitchen in New York, Raft -- a talented dancer who "battled" NYC partner James Cagney on the dance floor in "Taxi!" (1932) -- gained notoriety later that year as the coin-flipping gangster in the Paul Muni "Scarface." He signed with Paramount, where he made two films with Lombard but blew a chance to make a third with his bedroom partner when he walked out of "Concertina" because he complained cinematographer Ted Tetzlaff was favoring her. (Raft was replaced by Fred MacMurray, and "Concertina" renamed "The Princess Comes Across," https://carole-and-co.livejournal.com/166158.html.) 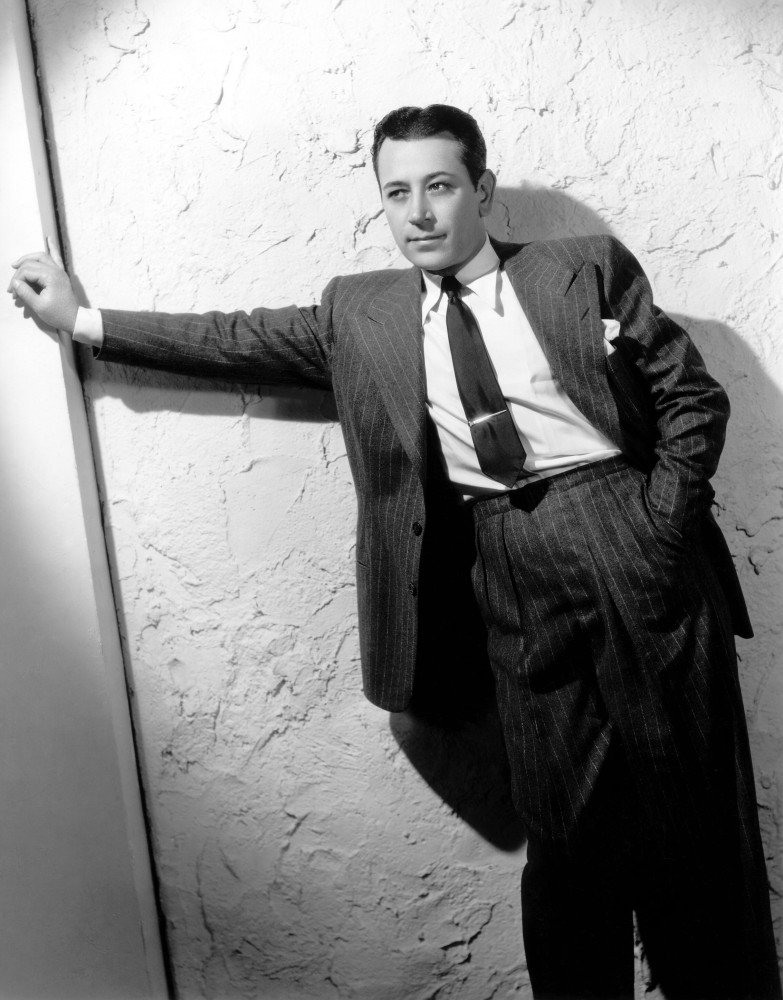 George Raft was invariably his own worst enemy. After moving to Warners, where he gained a measure of stardom in "They Drive By Night" (1940), he rejected not one, but two films that vaulted second-tier star Humphrey Bogart to immortality -- "High Sierra" and "The Maltese Falcon" (both 1941). He instead settled down into a contract player, whose titles were often interchangeable.

By now, Raft was known for his association with gangsters, many of whom were friends of his from New York such as Bugsy Siegel. Billy Wilder coaxed Raft to send up his image in the classic comedy "Some Like It Hot" (1959), to be shown on "SUTS," but the career benefits were short-lived. He died in November 1980, about the same time as lifelong friend and lover Mae West (https://carole-and-co.livejournal.com/631240.html).

The schedule (all times Eastern):