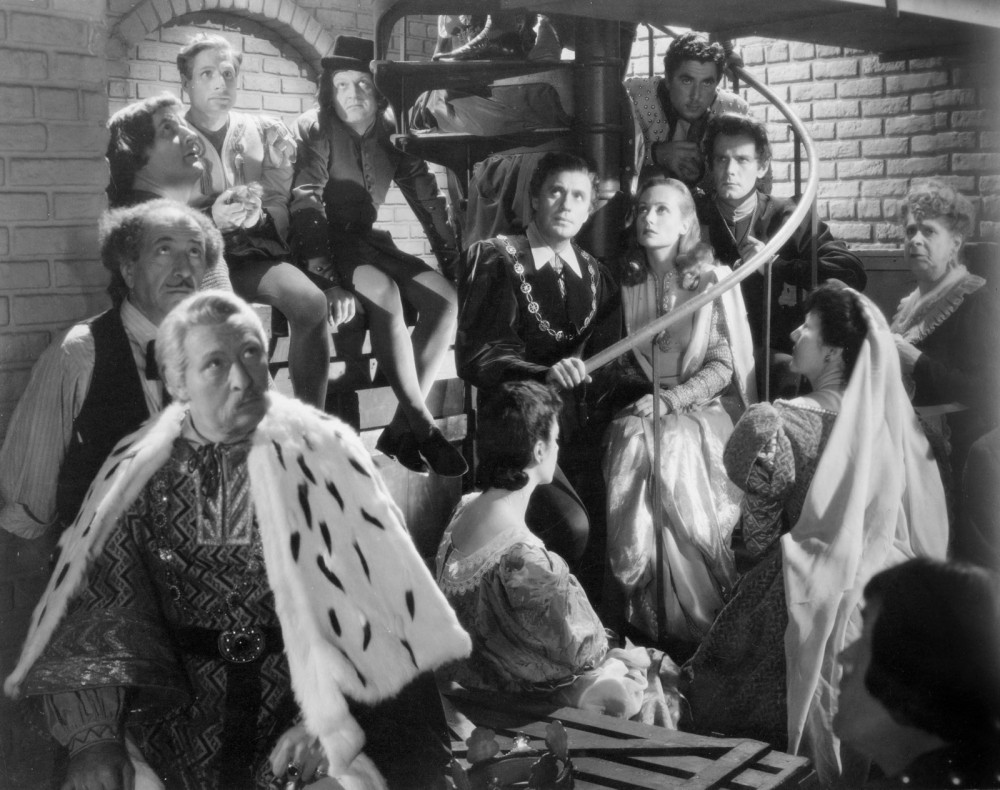 Last week, we ran excerpts from the pressbook of Carole Lombard's final film, the brilliant dark comedy "To Be Or Not To Be"(https://carole-and-co.livejournal.com/1114063.html). As we stated, Lombard's accidental death only a few days before previews forced its publicity campaign to suddenly shift its approach, as the movie's leading lady suddenly was in the past tense.

Here, from start to finish, is the entire publication United Artists sent to theater owners and distributors to promote the Ernst Lubitsch picture. Double-click to see the pages at larger scale, or to see them at any size, view at the source, https://archive.org/details/pressbook-ua-to-be-or-not-to-be/mode/2up. 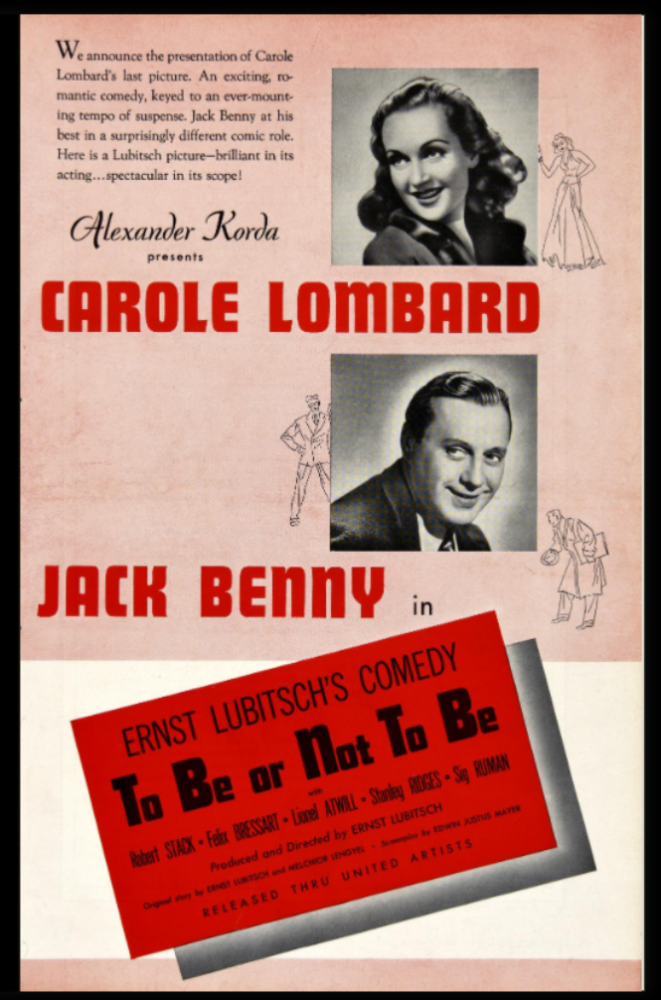 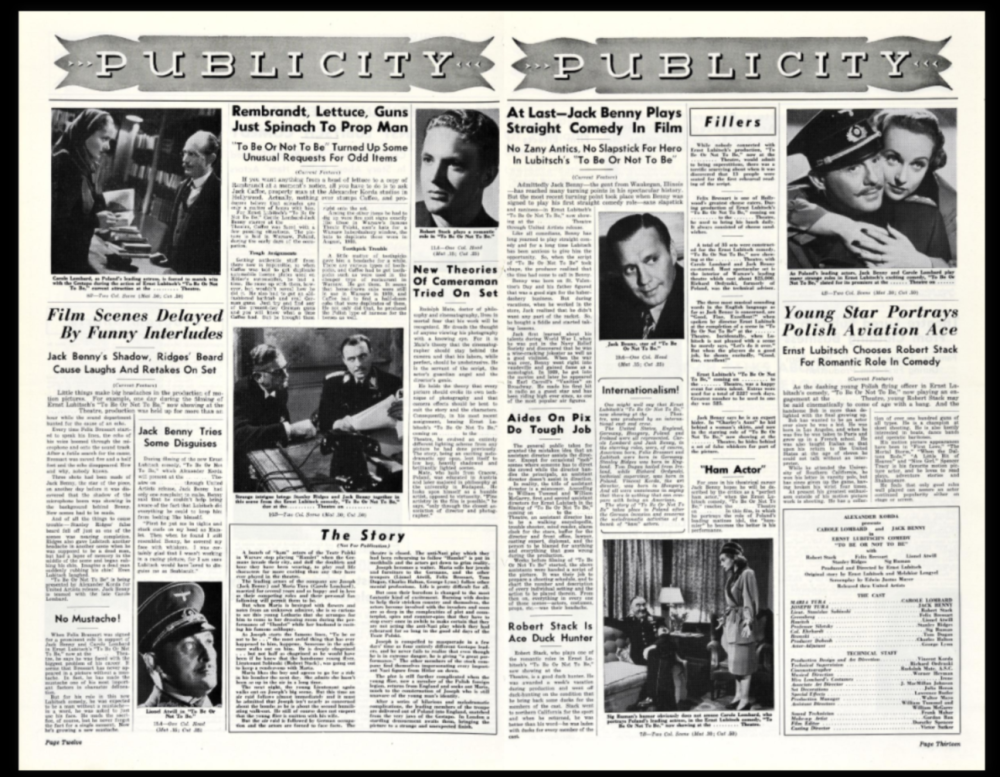 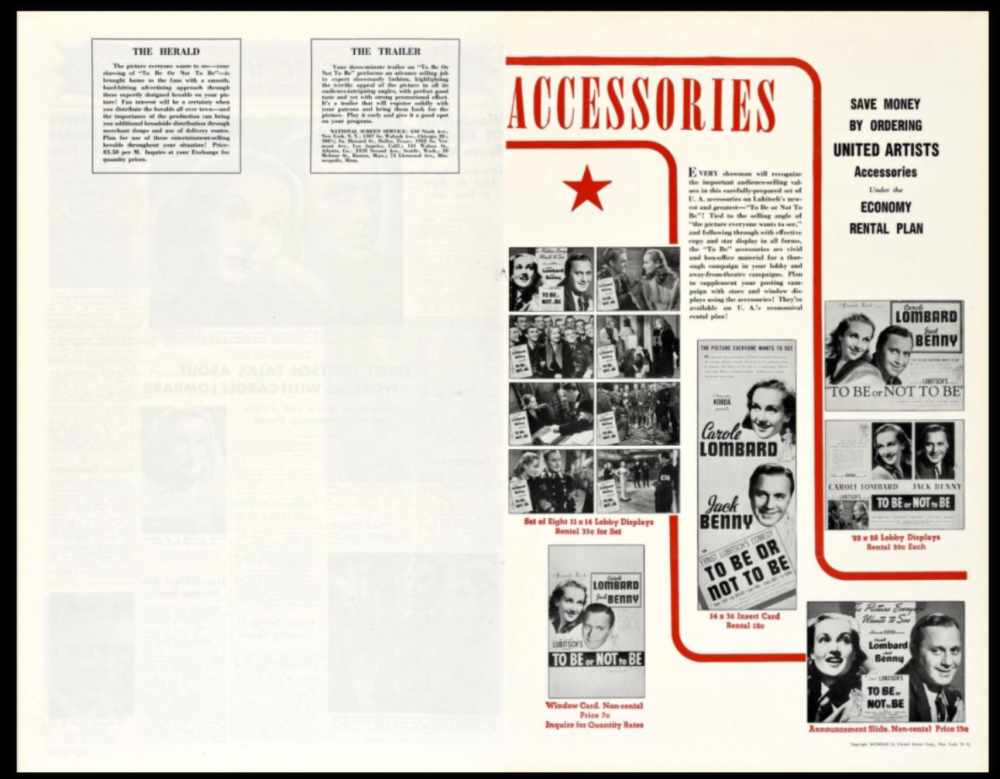 Examining this is a way for you to put yourself in the shoes of a theater owner, faced with the multiple challenges of promoting a movie about World War II only months after Pearl Harbor had propelled the U.S. into the conflict. Moreover, not only was the war news bleak (from both Europe and the Pacific), but one of the industry's most beloved personalities and female lead of this film was gone from a war-related tragedy. How do you not only promote such a product, but do it tastefully and with respect to her memory?

"To Be Or Not To Be" would do reasonably well at the box office given the daunting circumstances -- it was by no means a box-office disaster, as some state -- but it would need both distance and time, not to mention an Allied victory, for it to be fully appreciated as an Ernst Lubitsch triumph as well as Jack Benny's best cinematic outing.

A bonus: Here's a half-hour "Screen Guild Theater" radio adaptation of "To Be Or Not To Be," with Carole's first husband William Powell in Benny's role as Joseph Tura and Bill's actress wife Diana Lewis as Maria Tura. It's from January 1943, a year after Lombard's passing (https://carole-and-co.livejournal.com/268891.html).
Collapse