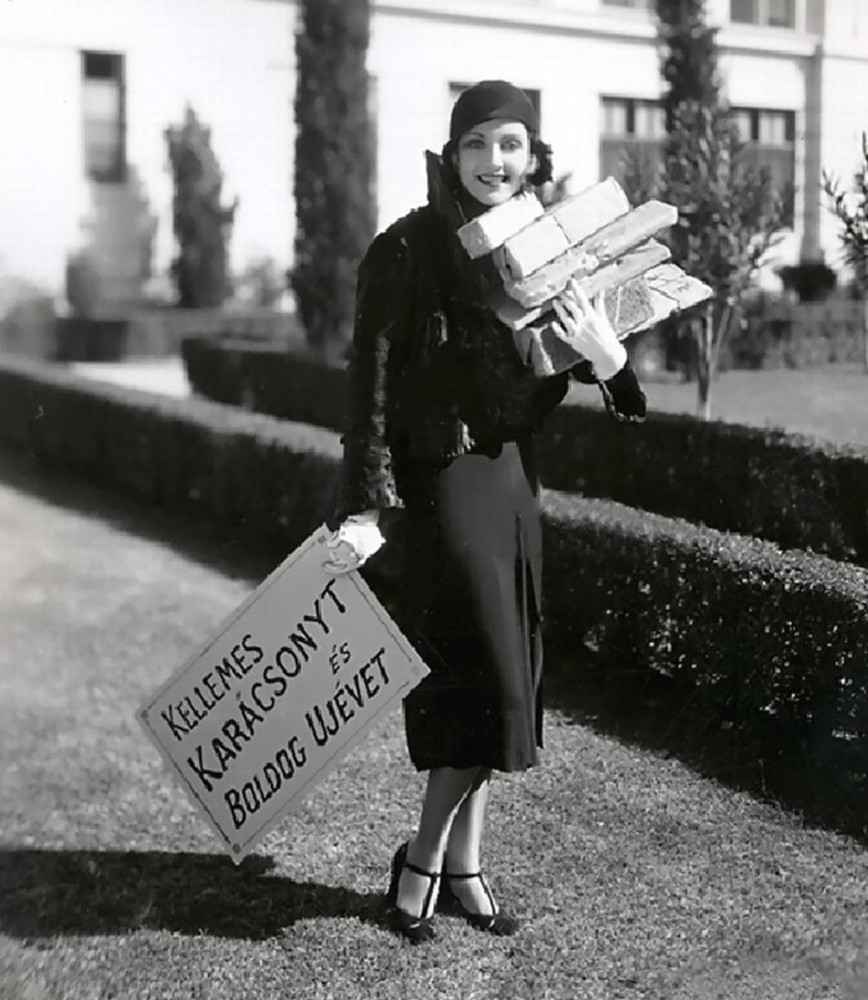 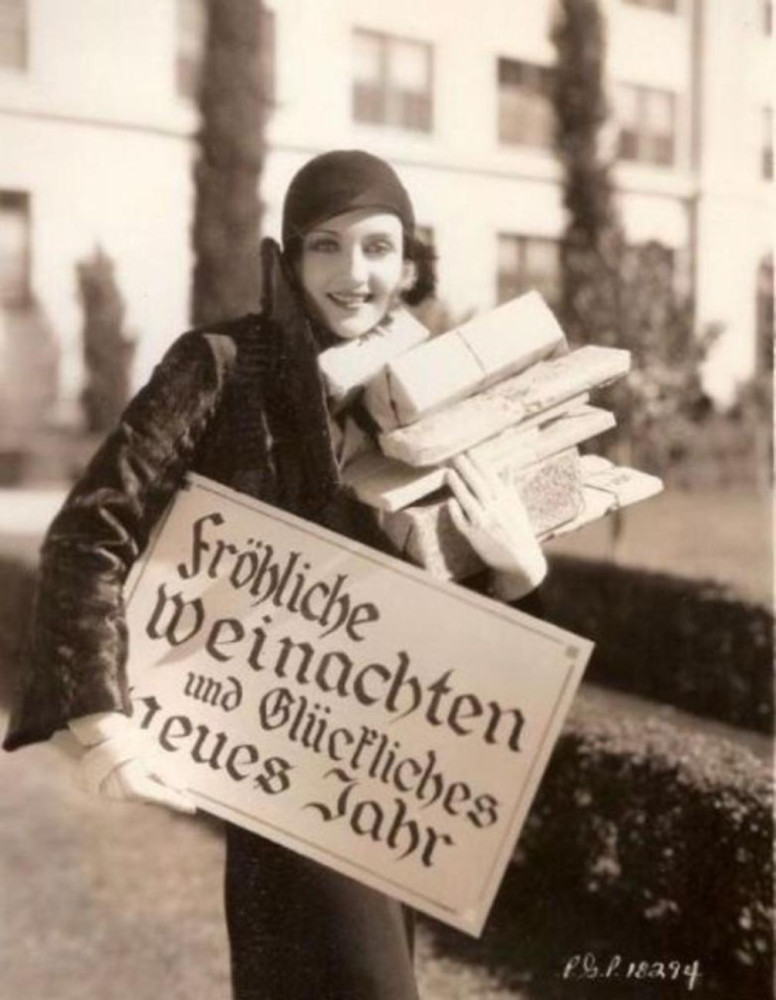 It's late 1930, and Carole Lombard, signed to a seven-year contract by Paramount a few months ago, now gets the studio's publicity push. While she hardly was an unknown, the Melrose Avenue mega-studio knew many were unfamiliar with her. Moreover, she was low on its figurative totem pole. So she was given tasks to boost her visibility, such as reminding Hungarian (top) and German audiences pf holiday shopping season.

Not long after, Paramount gave Carole a distinctly American assignment -- telling drivers it's time to change their state's license plate. Here, she shows off the design of the 1931 Kentucky tags: 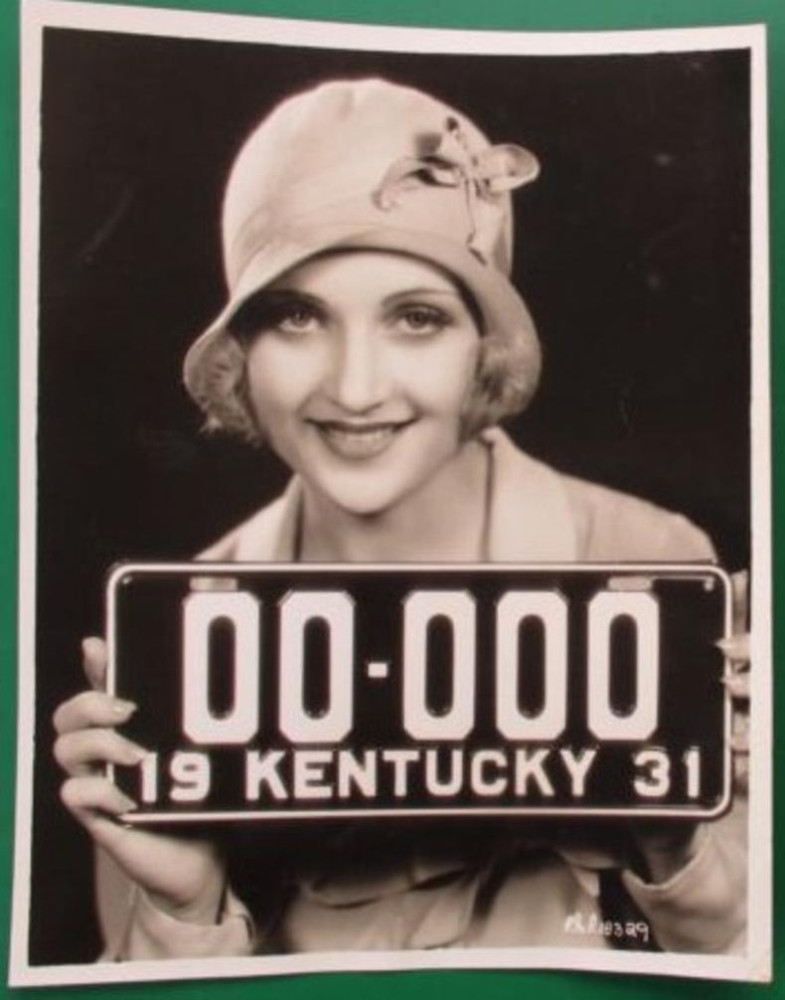 At about the same time, she did likewise for North Carolina drivers: 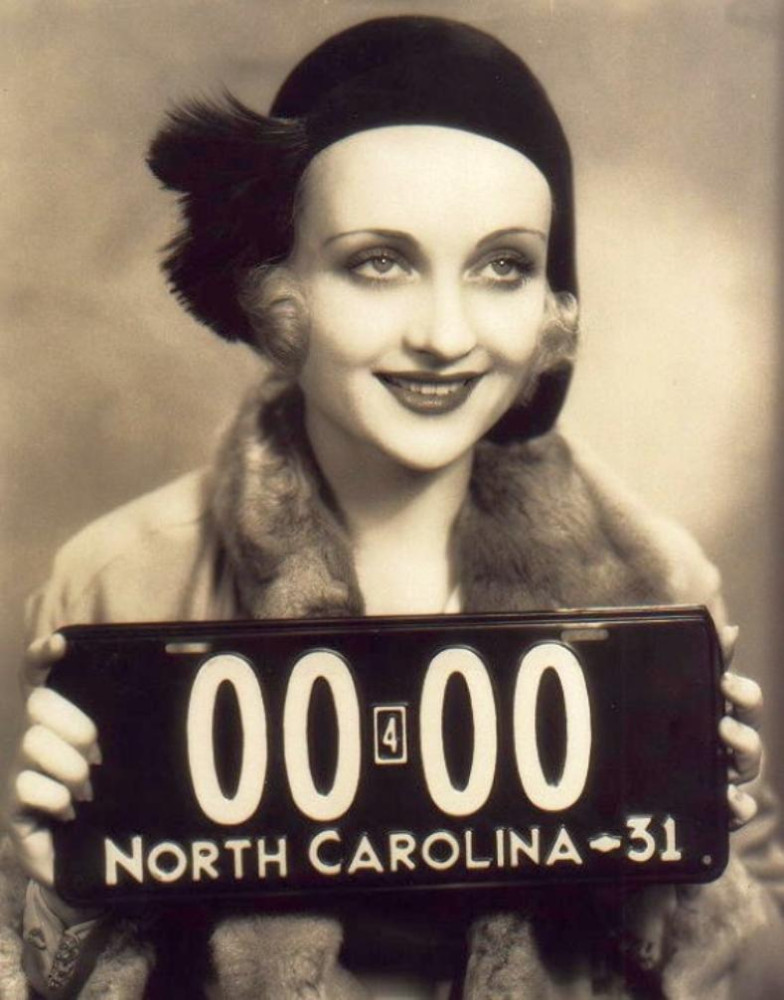 Now we've uncovered a third example of a Lombard license plate, from a state adjoining both North Carolina and Kentucky. There are two: Virginia and... 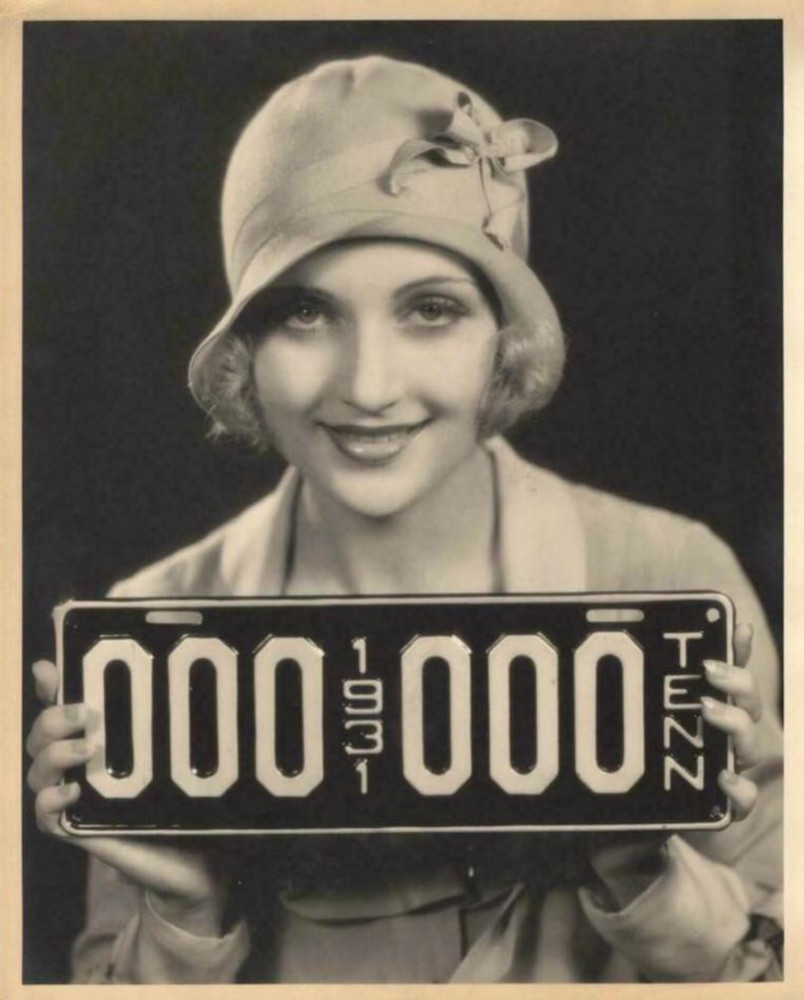 ...Tennessee. (This looks to be from the same session as the Kentucky photo.)

Speaking of Tennessee, here are Carole and Clark Gable in Memphis, en route to Atlanta and the "Gone With The Wind" world premiere in December 1939: 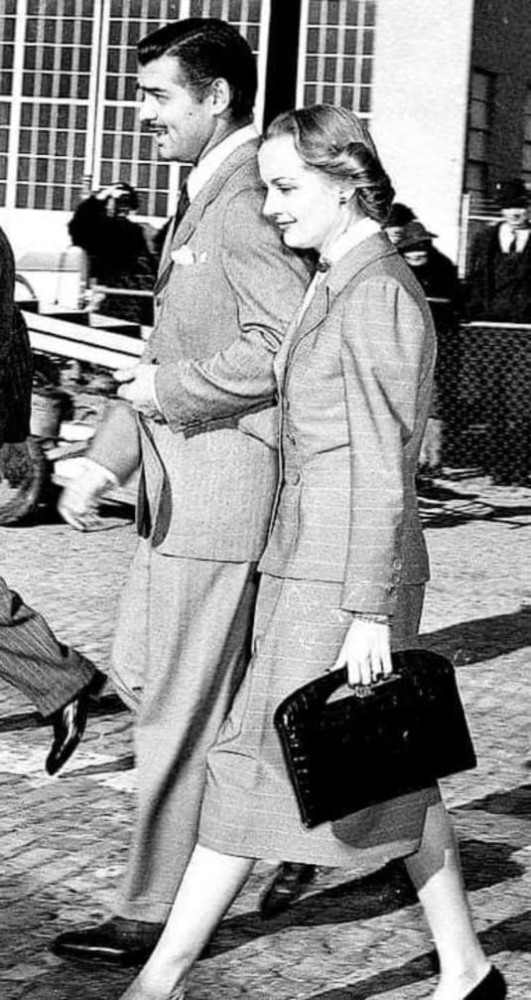