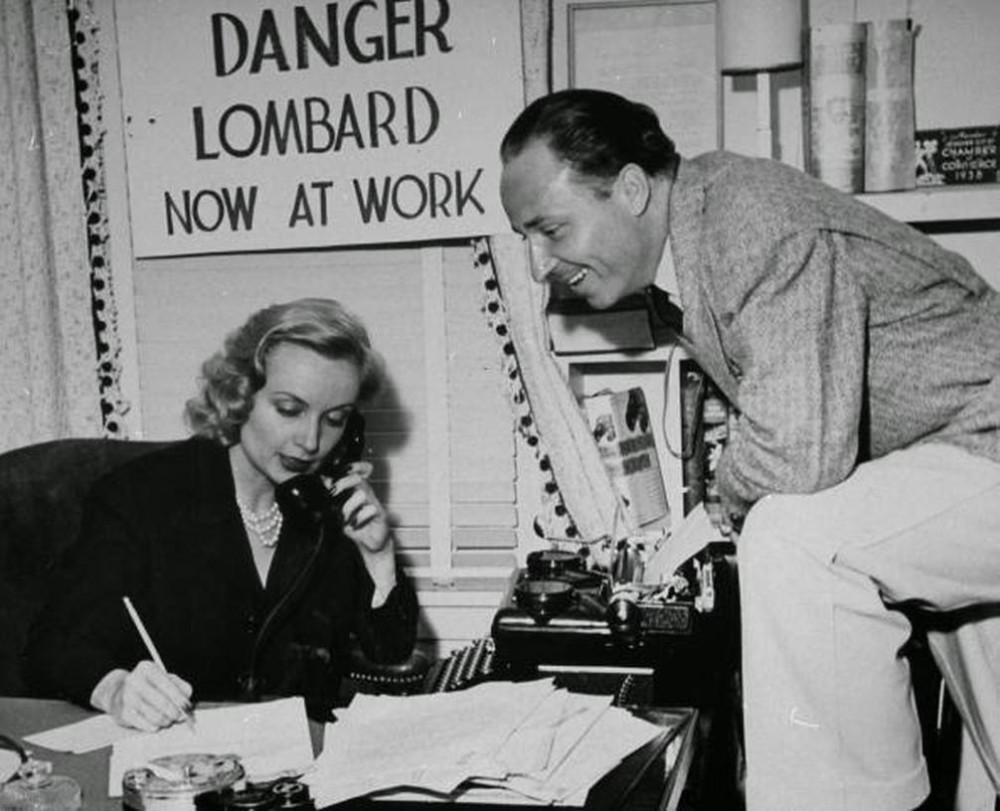 It's safe to say that Carole Lombard and Russell Birdwell were kindred spirits. Carole cultivated media attention in a crafty, but positive manner dating back to her days at Mack Sennett; Russell was one of the film industry's most knowledgeable and imaginative publicists. It seemed kismet when Lombard went to Selznick International, where Birdwell handled studio promotion, in 1938.

Birdwell publicized Lombard's views on paying taxes -- she didn't mind having a huge chunk of her salary taken out, if it benefited the country -- in 1938, giving her a positive publicity boost (https://carole-and-co.livejournal.com/94739.html). That year, Carole also handled the studio's PR chores for a week, which she called a good experience (https://carole-and-co.livejournal.com/17287.html).

Here's a photo Birdwell sent to promote Lombard's upcoming film, "Made For Each Other": 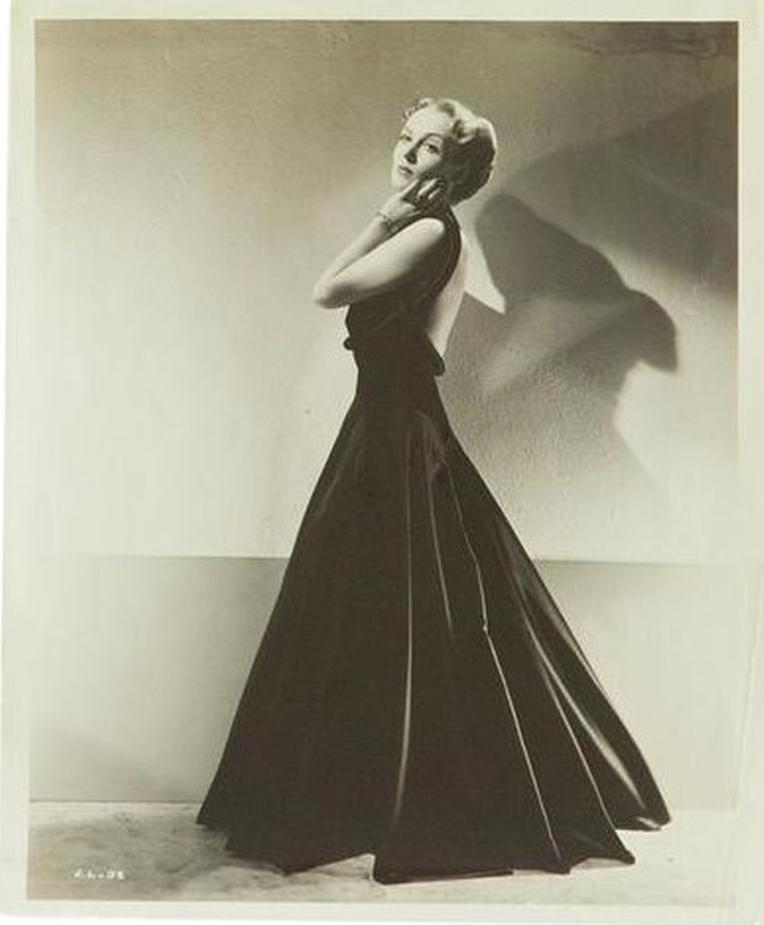 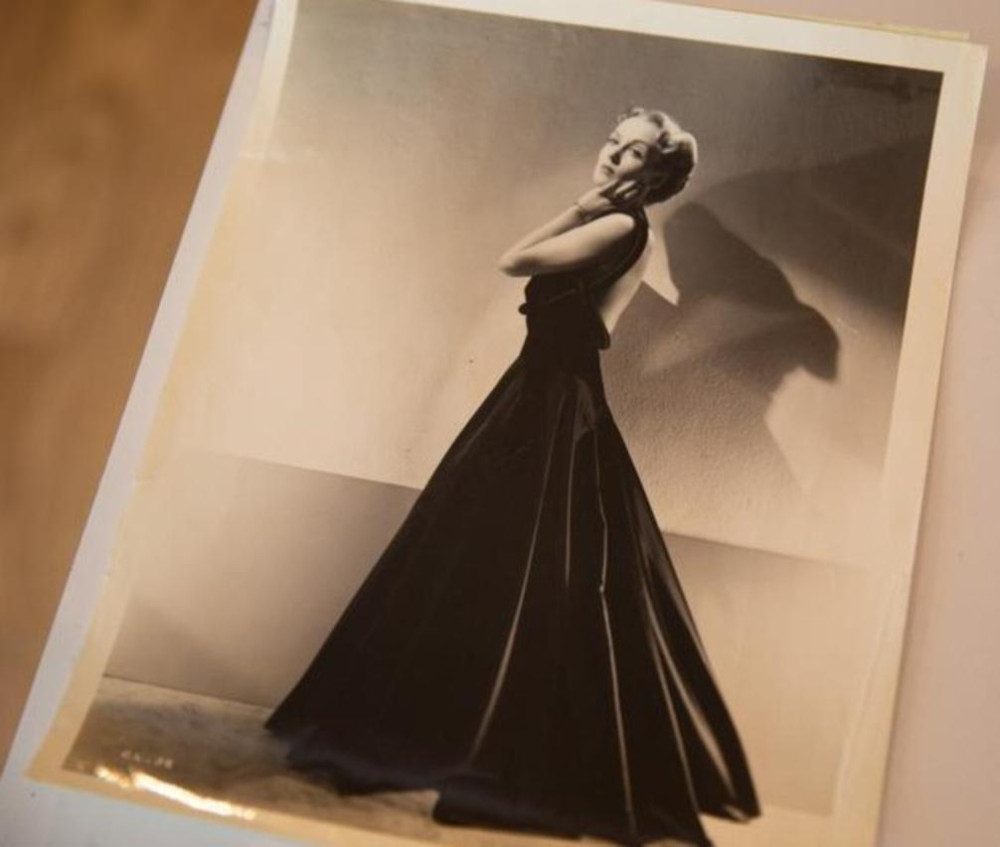 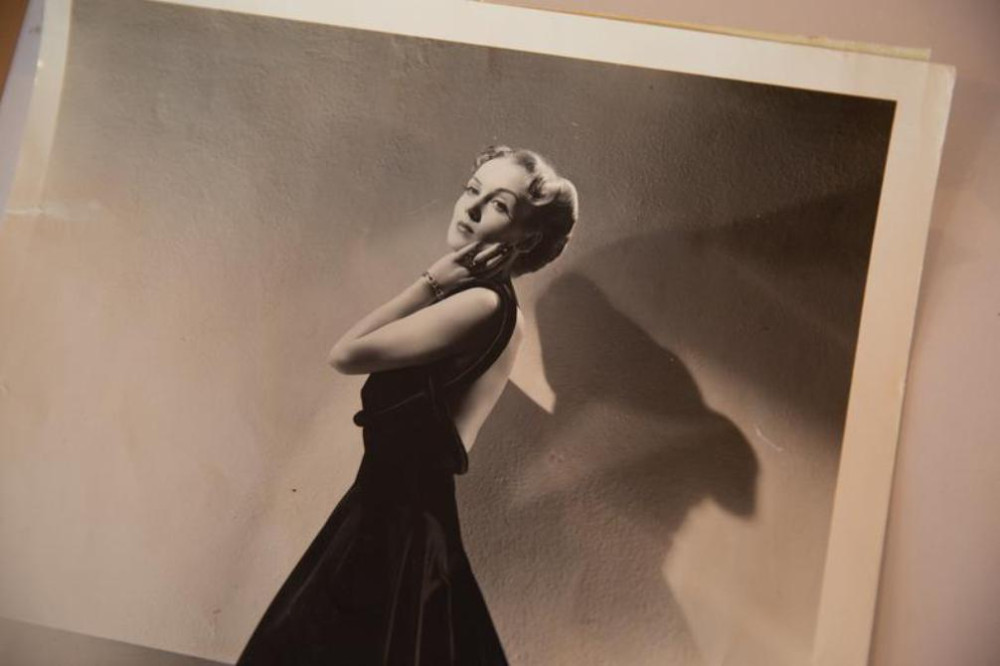 ...and a relatively straightforward snipe from Birdwell on the back:

It measures 8" x 10" and sells for $212.50. Learn more at https://www.etsy.com/listing/760613662/vintage-carole-lombard-photograph?ga_order=most_relevant&ga_search_type=all&ga_view_type=gallery&ga_search_query=carole+lombard&ref=sr_gallery-2-14&organic_search_click=1&pro=1.
Collapse