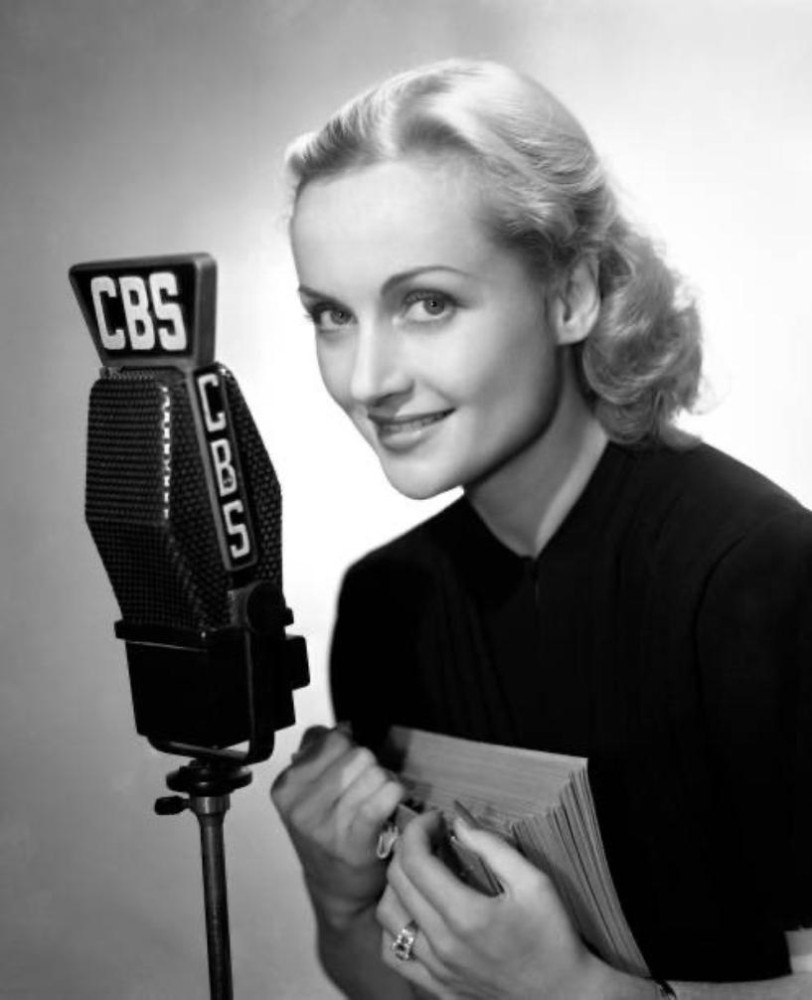 Carole Lombard's second appearance on "Lux Radio Theater" garnered nowhere as much press attention as her first, an adaptation of her 1936 hit "My Man Godfrey" in May 1938 that reunited her with ex-husband William Powell, who was working himself back to health from rectal cancer. But this, airing nearly six months later, isn't all that well known, for several reasons.

First, it aired on Oct. 31, 1938, a day after headlines were made from another CBS radio broadcast: 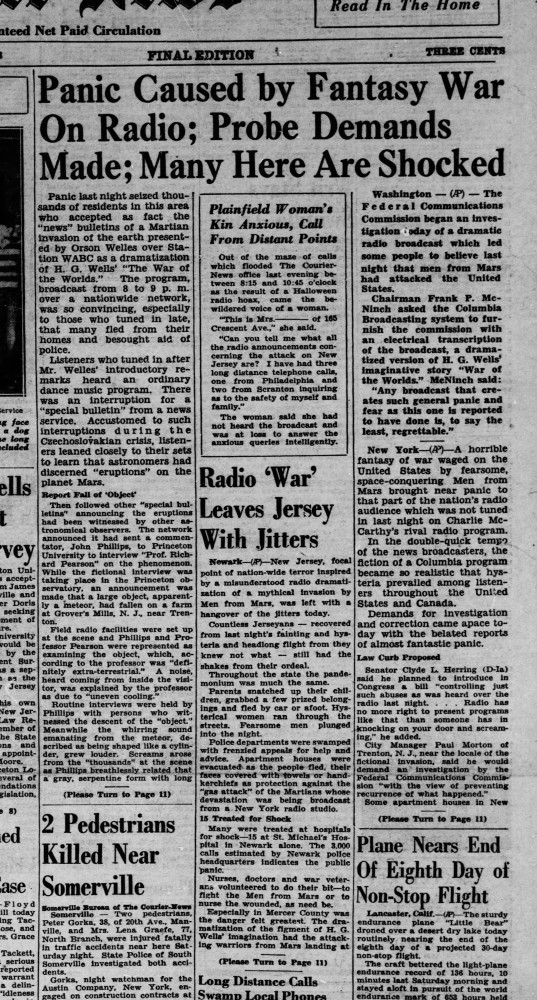 Yep, Orson Welles' Mercury Playhouse adaptation of the H.G. Wells sci-fi invasion story, "The War Of The Worlds." (Above is next-day coverage from the Courier-News in Plainfield, N.J., where I worked from 1995 to 1997; double-click to see it full-sized.)

Lombard's "Lux" outing signaled a shift in her career, after her Warners film "Fools For Scandal" was a box-office disappointment, tepidly received. Believing Hollywood had reached its fill for comedy, Carole went in a dramatic direction, adapting a film Warners had made the year before: 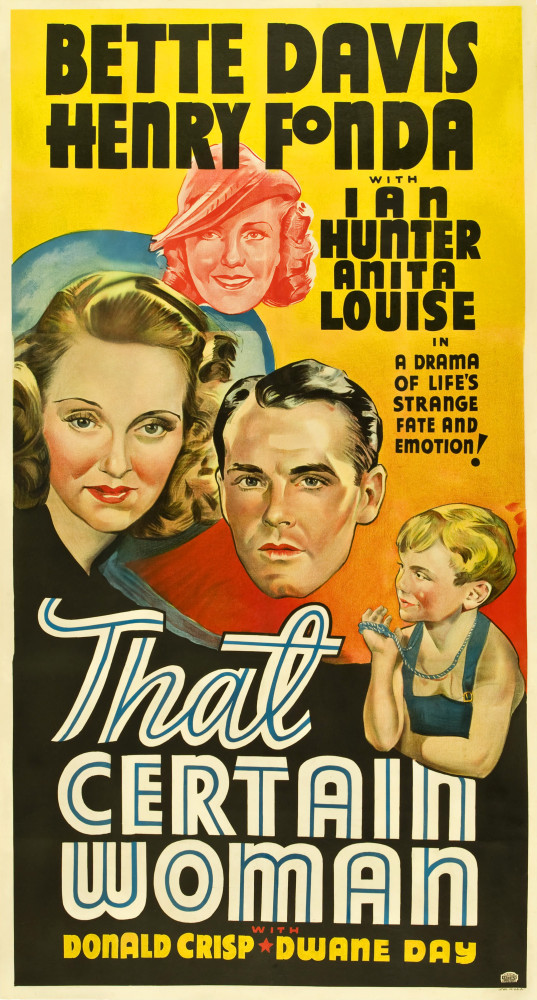 "That Certain Woman," a Bette Davis vehicle co-starring Henry Fonda. Lombard's leading man would be Basil Rathbone, the only time she'd work with him. The broadcast was publicized in outlets such as the Post-Crescent in Appleton, Wis.: 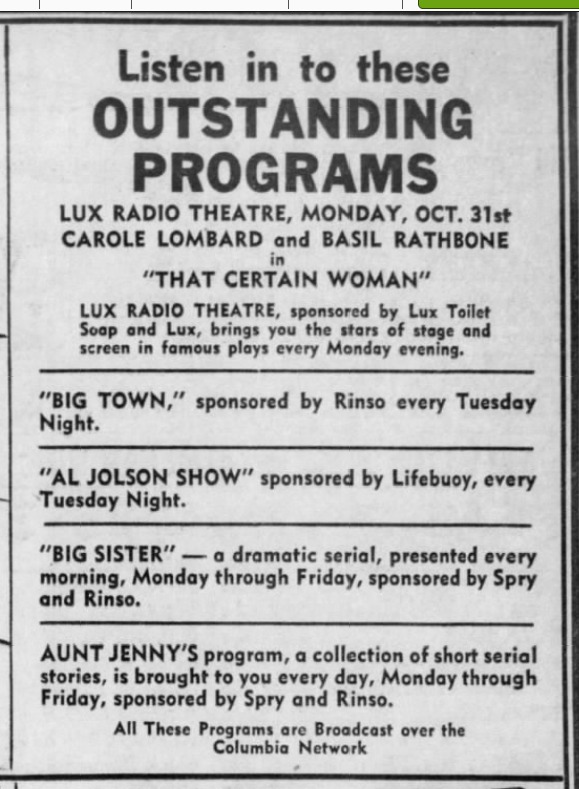 So, how'd this foray into drama work for her? You can find out below, but first, two rare photos of Carole from that publicity session: 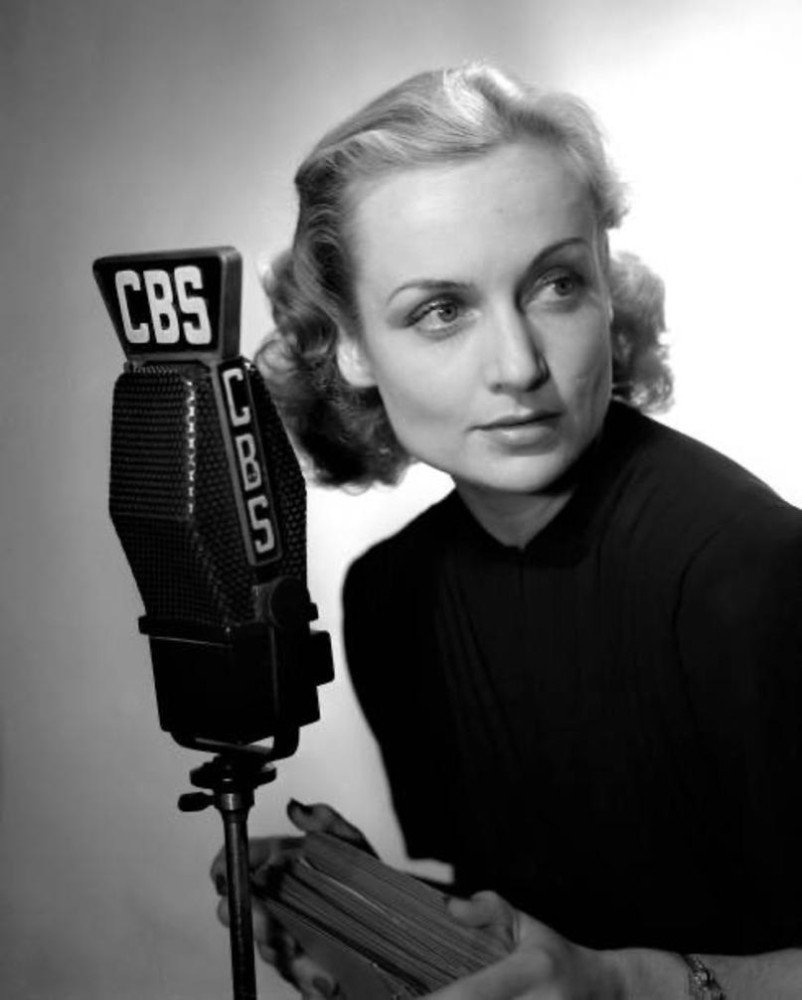 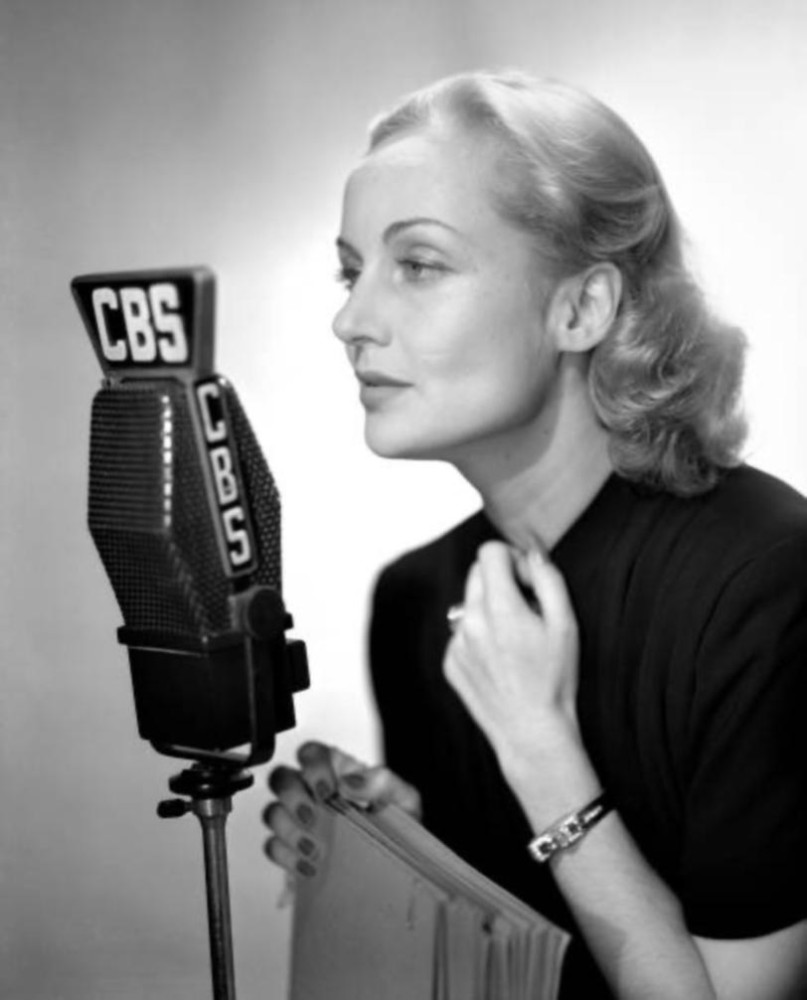 OK, now for the main event, hosted by Cecil B. de Mille. Judge for yourself: