Nine Augusts ago, Carole Lombard was part of Turner Classic Movies' annual extravaganza, Summer Under The Stars. (She had an opportunity to participate this year, but lost in a TCM Backlot runoff to Claudette Colbert.) Here's the schedule for the 2020 event: 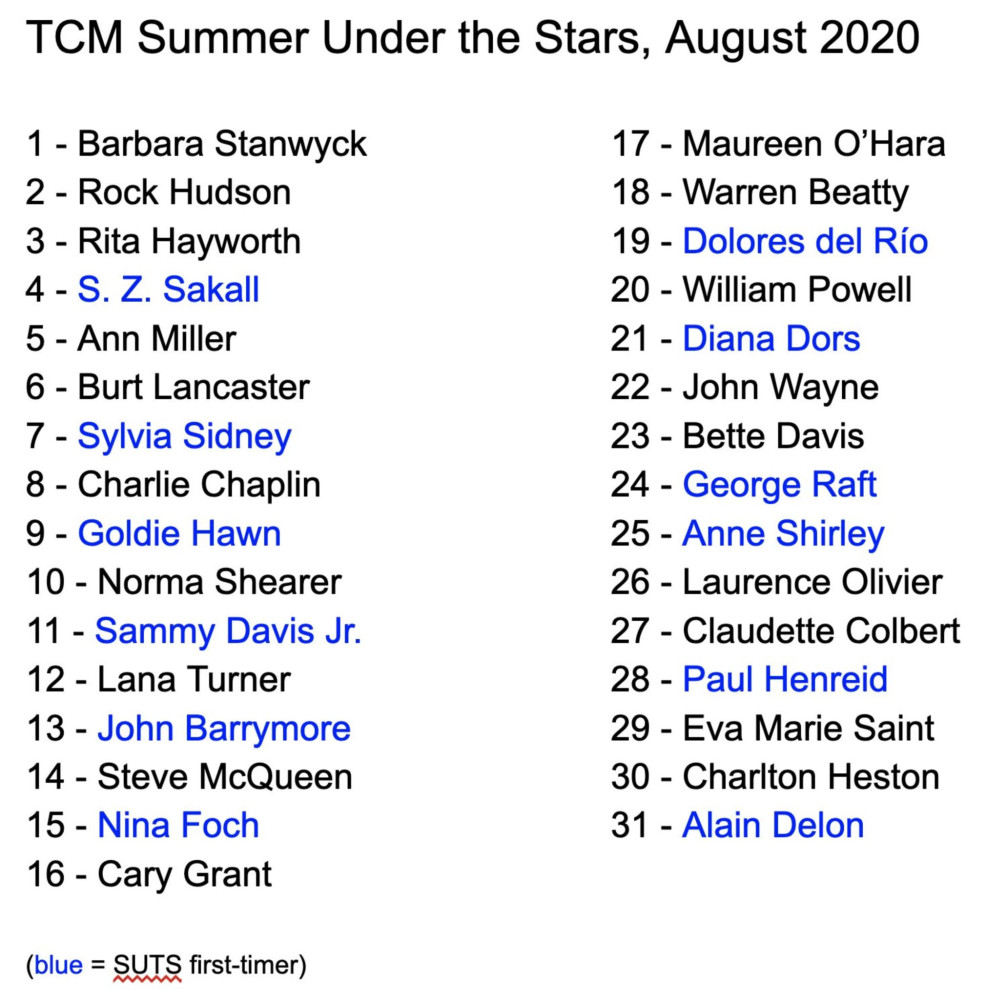 But hold on -- there's been a change in the lineup, the first that I know of since SUTS began in 2003. The death of Olivia de Havilland at age 104 late last month prompted the channel to bump her onto the schedule, which leads one to wonder: Who in the SUTS lineup drew the short straw? Was it one of the dozen newcomers to the event? 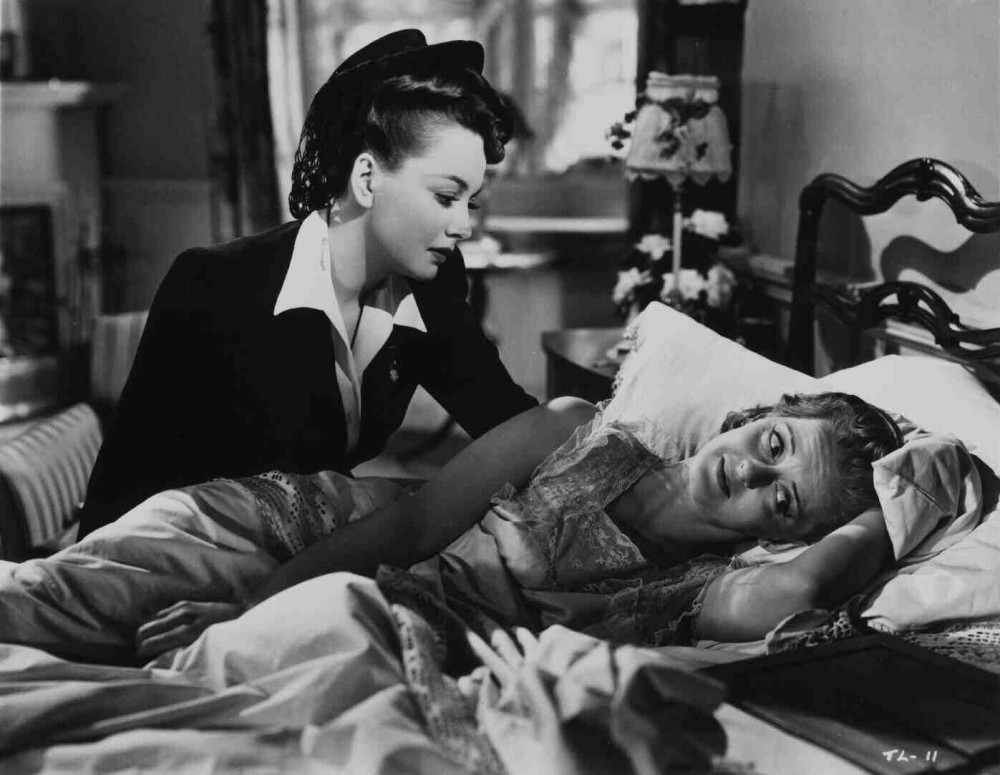 Bette Davis, Olivia's Warners stablemate for several years and good friend for decades. I'm certain somewhere, Davis doesn't mind giving up her cinematic chair to de Havilland that day. They're shown above in a still from the drama "In This Our Life" (1942), which will air at noon (Eastern). 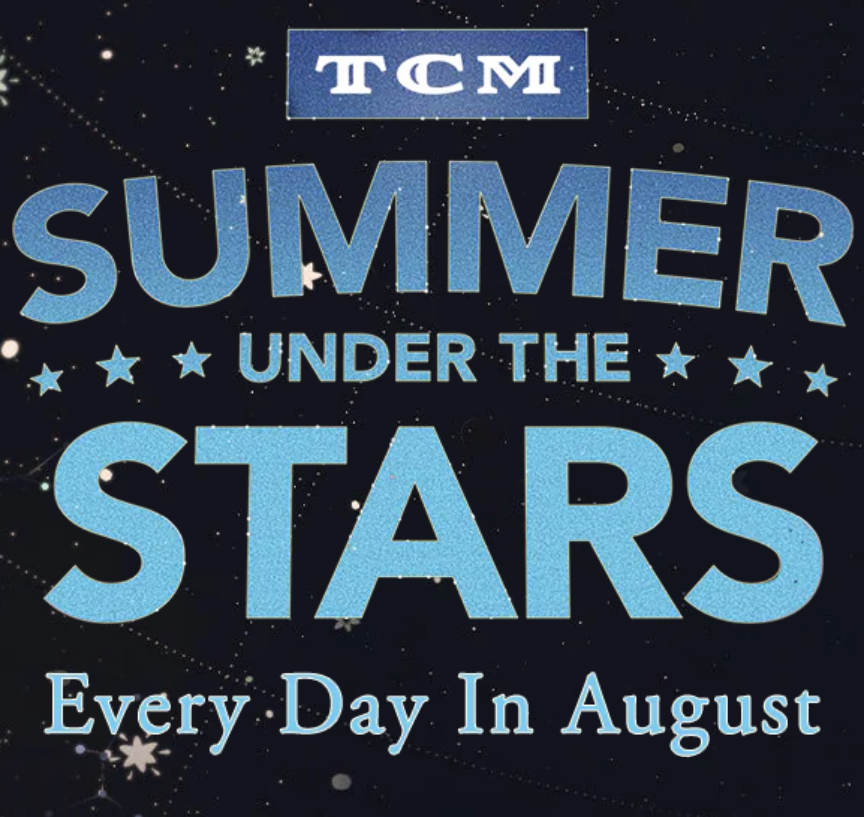 Here are the last known pictures of Olivia, taken on her 104th birthday at her Paris home July 1. Feisty to the end, the lady enjoyed an incredible run. 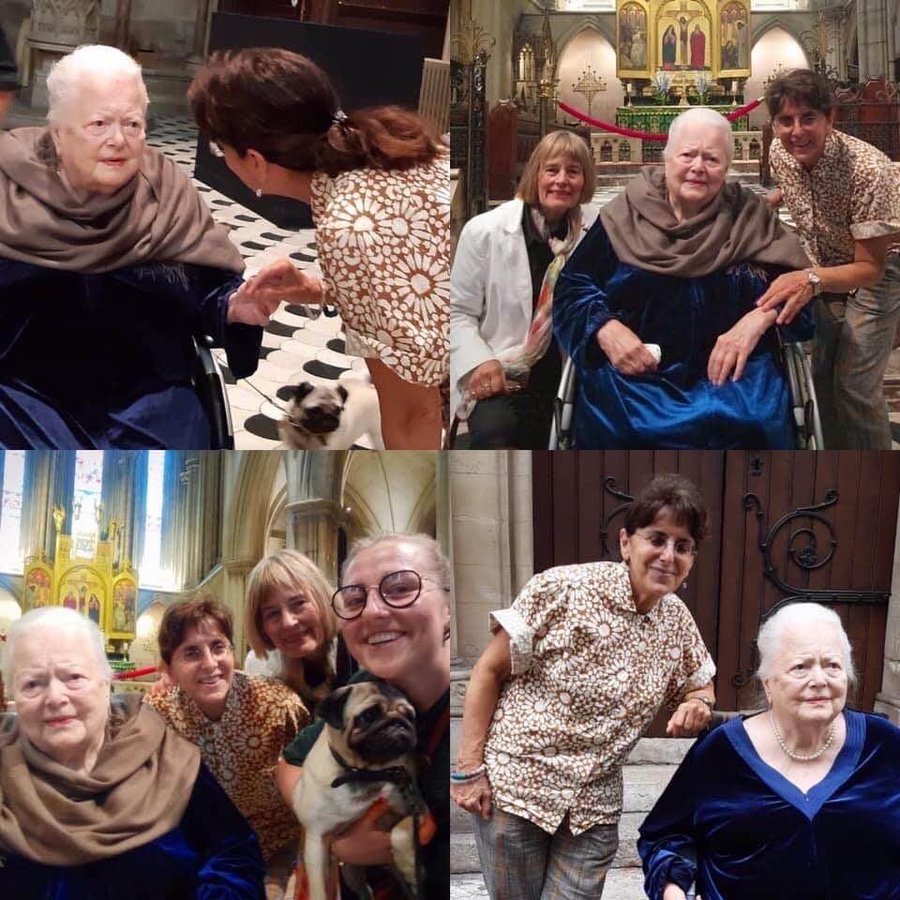