It's August 25, 1931, and Carole Lombard and William Powell head back to Los Angeles following their two-month honeymoon in Hawaii. (Lombard fell ill in Honolulu, delaying their return for a while.) Two years from the date this photo was taken, they would no longer be husband and wife -- although they remained friends for the rest of Lombard's life -- but in 1931, no one knew what was in the future. So the December 1931 issue of Motion Picture magazine instead ran this optimistic story about the couple from frequently Lombard chronicler Gladys Hall: 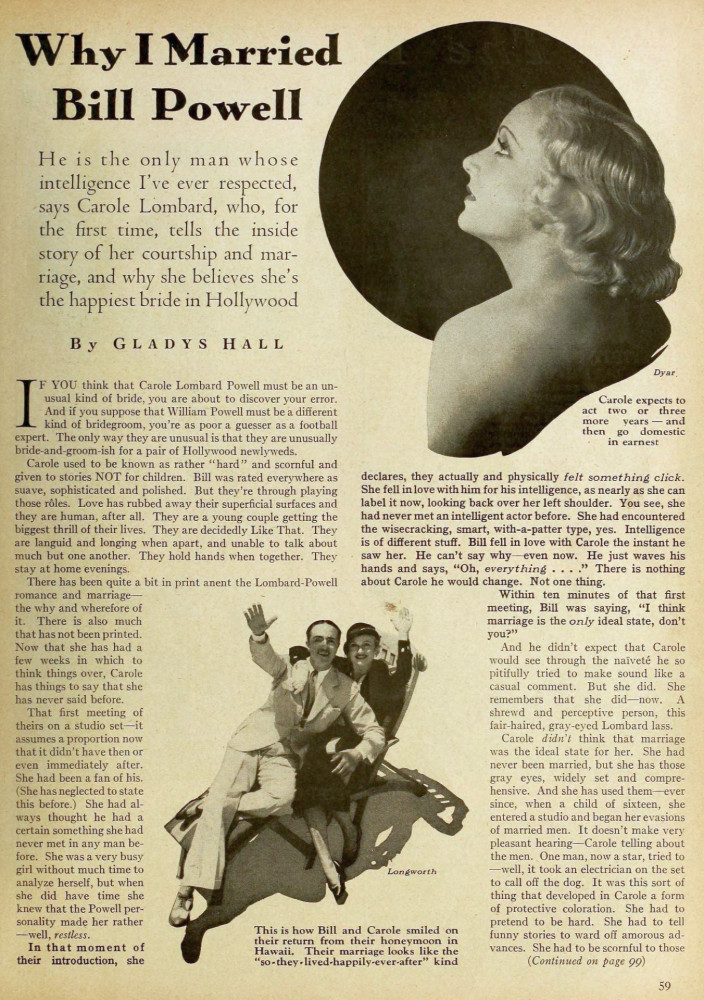 And opposite the lead page, dig this pic of Powell and a pony: 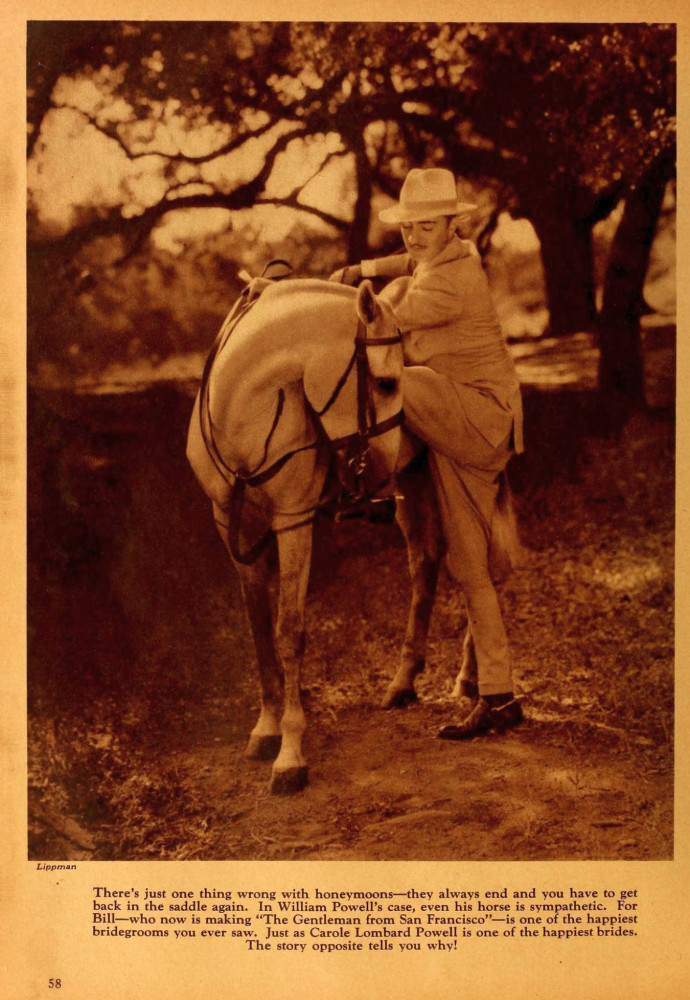 The issue is up for auction at eBay. Marlene Dietrich is on the cover, and the table of contents reveals there's quite a lot inside: 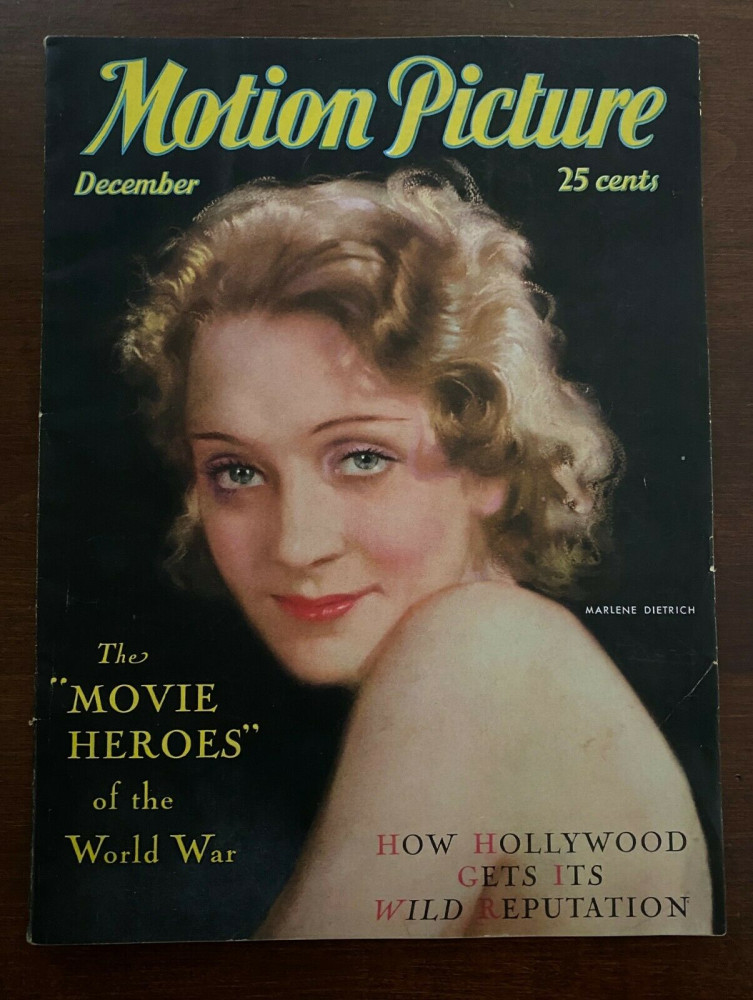 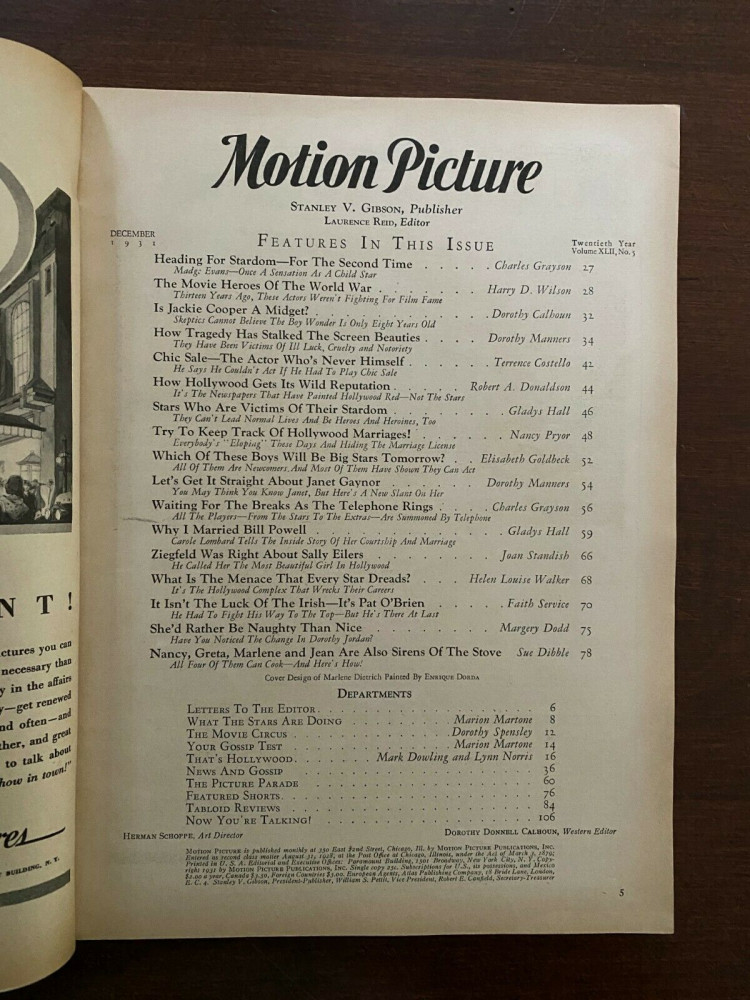 There's a look back at actors who served in the "World War," back in the day when there was only one... 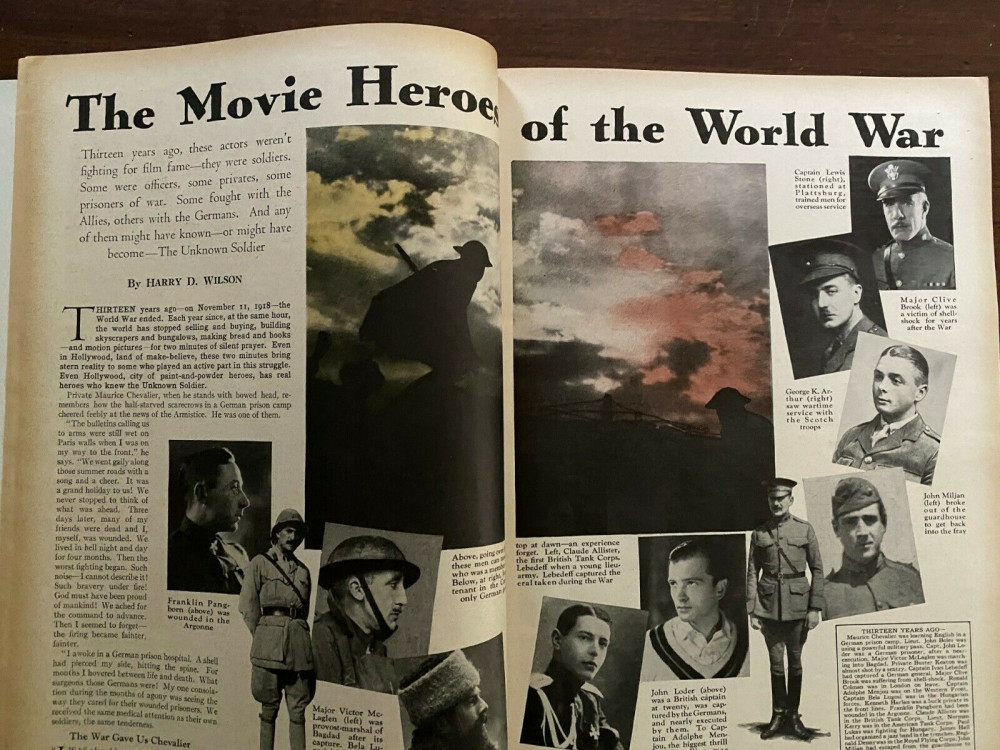 ...and a profile of Carole's longtime pal Sally Eilers: 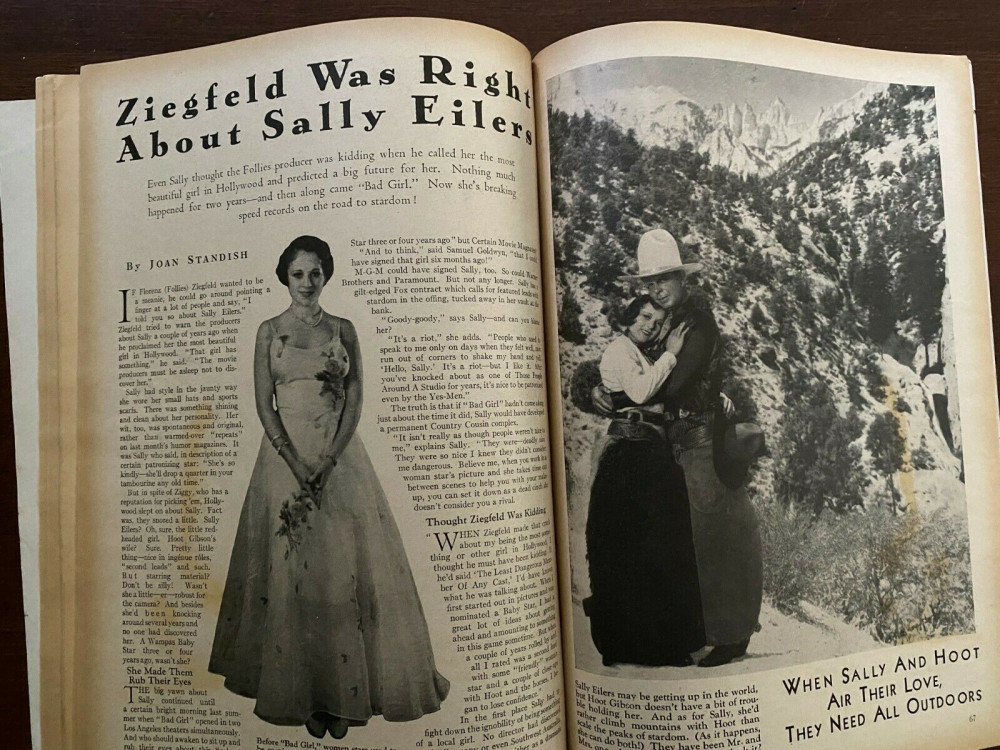 The magazine is complete and in very good condition. Bids begin at $24.99, with the auction closing at 8:45 p.m. (Eastern) next Sunday. To bid or learn more, visit https://www.ebay.com/itm/Marlene-Dietrich-Motion-Picture-Magazine-December-1931-Wm-Powell-Carole-Lombard/143671145829?hash=item217377b565:g:K7MAAOSwwvtfJbPp.
Collapse