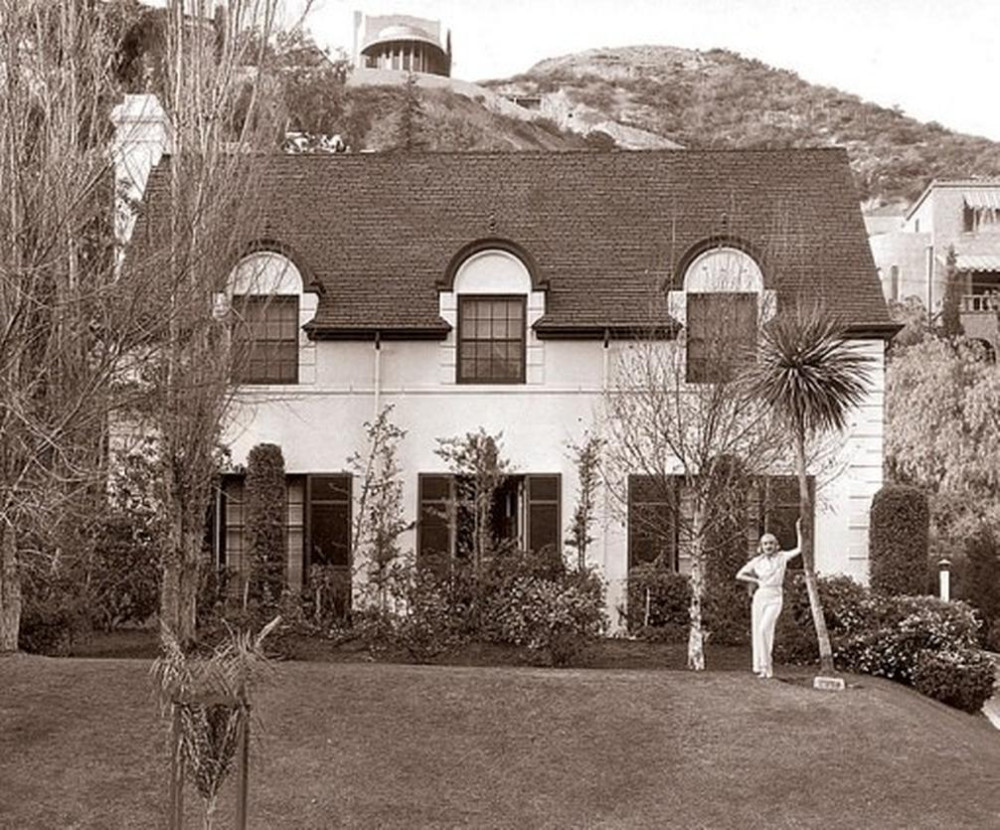 Then and now, the house Carole Lombard occupied during the mid-1930s at 7953 Hollywood Boulevard has the ability to amaze...although from a 2020 perspective, that may be as much due to the history of its occupants (not just Carole, but actor Max Showalter and rock star Morrissey) than any inherent architectural grandeur. Its neighborhood, just west of Fairfax Avenue, consists of many splendid houses.

For someone making Lombard's movie money at the time, it was a good, comfortable home -- but no one would confuse it with Pickfair... 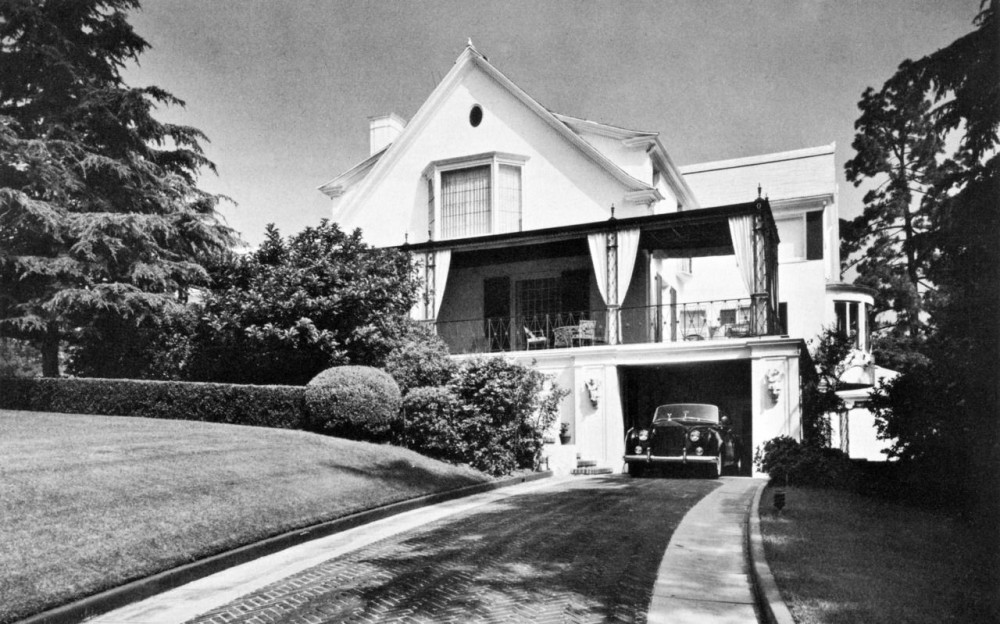 Most stars' homes, posh as they might be (and viewed on Hollywood sightseeing tours), were on a more manageable, reasonably human scale, comparable to what mortals such as you and I could accomplish with a bit of luck in business or academia. That's the angle Britain's Picturegoer Weekly magazine presented in its April 27, 1935 issue: This was found by Facebook friend Jean Hunter and ran at her "Clark Gable: Original King Of Hollywood" page today, thus explaining the markings of Gable (and Lombard)-related material, such as this (it refers to Carole's hardly-puny domicile as a "small home"):

Finding the copy difficult to read? Jean isolated the copy on the two-page story to make it a bit easier: 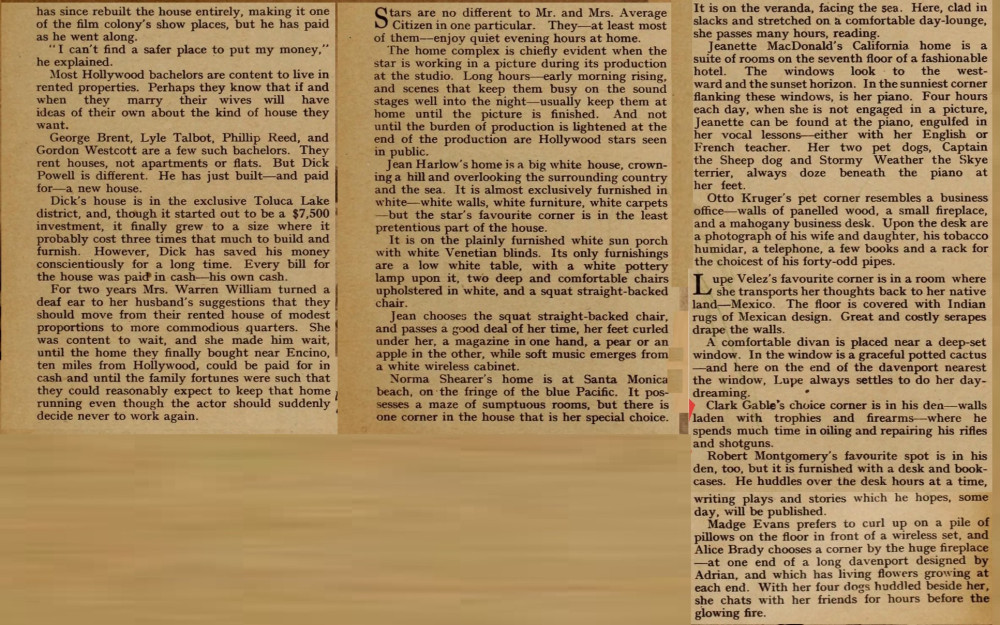 Is Picturegoer telling its readers the stars "are just like you and me"? Not in the least. But it does present them in an upper-middle-class mode, not quite as royalty...something Lombard surely would have agreed with, both in 1935... ...and a few years later, when she and Gable settled in Encino: We reach the halfway point of our 20 stars in 20 days with a lovely lady who turned 96 early this month and next month will be featured (and deservedly so) in Turner Classic Movies' "Summer Under The Stars." She was memorably iconic in two of the 1950s' most important films, "On The Waterfront" (pictured) and "North By Northwest." A beloved star who lives up to her last name...Eva Marie Saint: 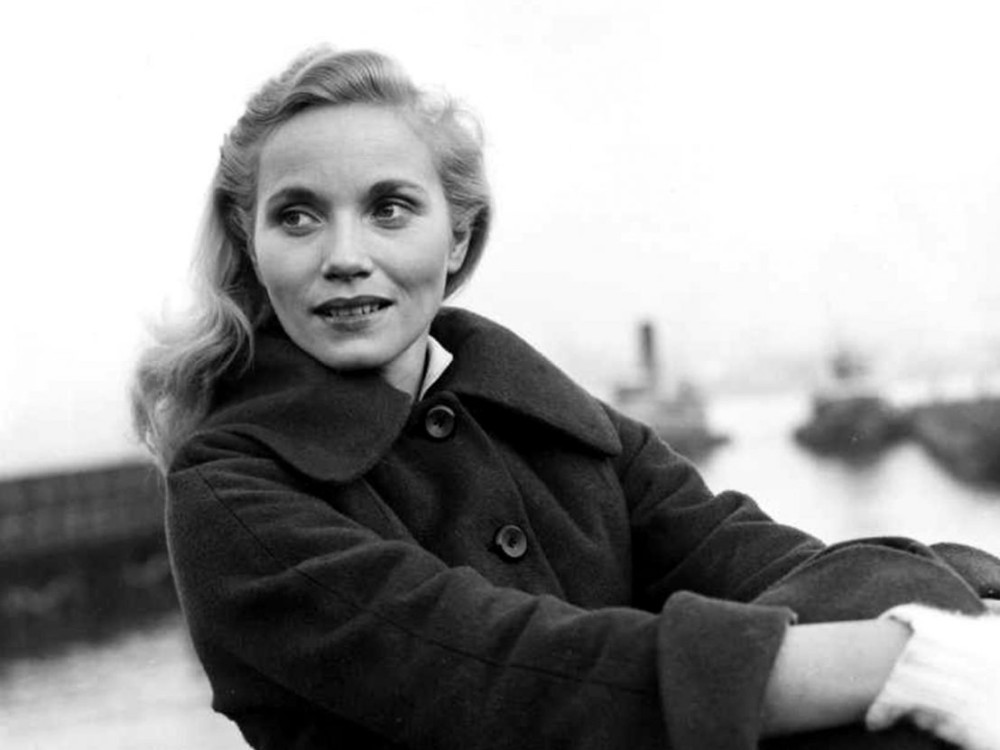