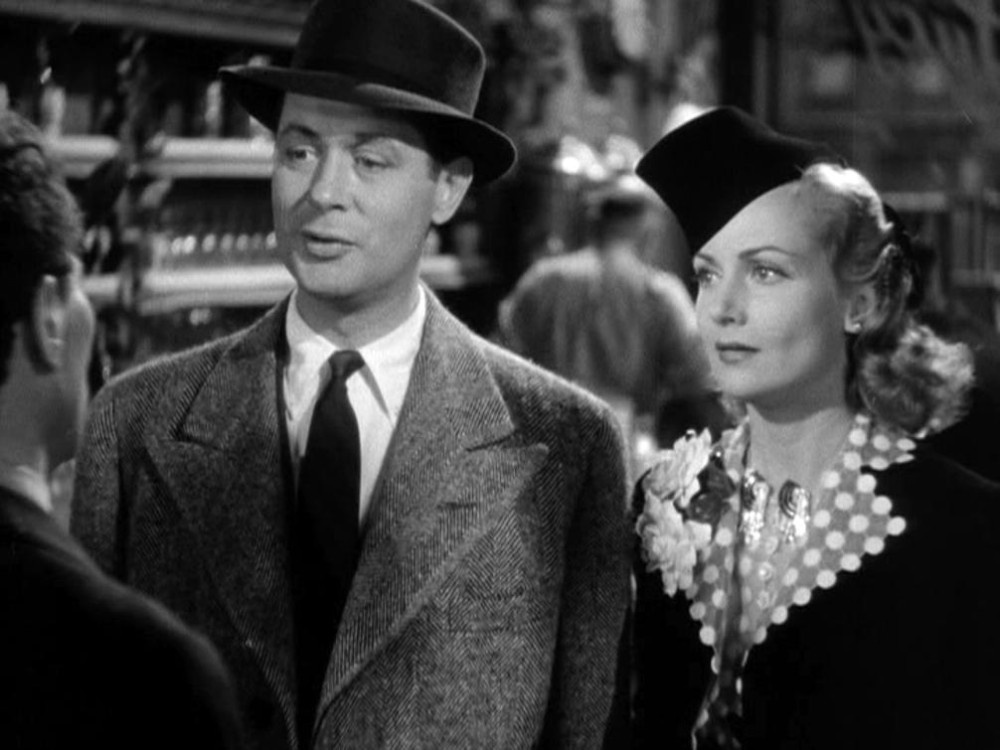 Being a wise consumer can pay off. If you're a Carole Lombard fan (and since you're here, you probably are), you now can acquire 10 of her features for a probable bargain price (bids begin at $9.99). And the collection includes Carole's return to comedy with 1941's "Mr. & Mrs. Smith" with Robert Montgomery. 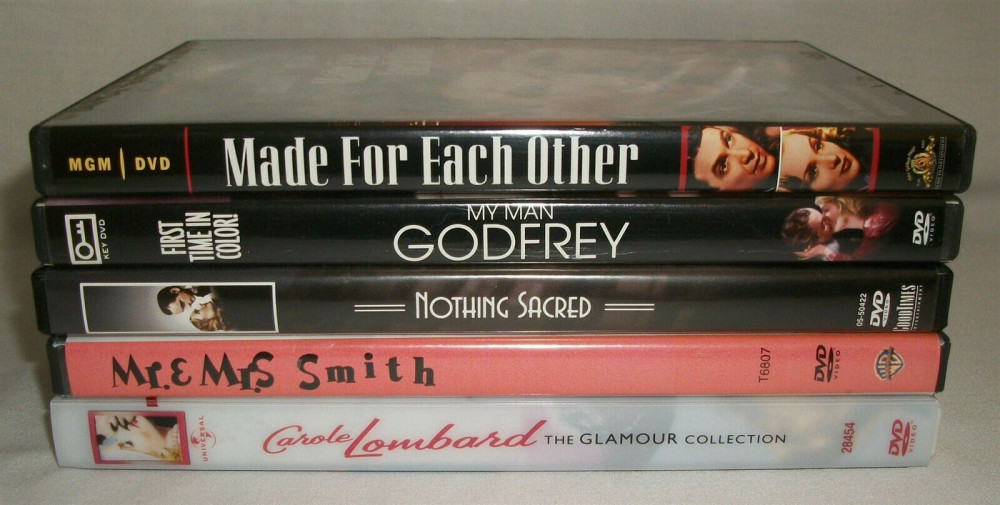 Six of them are from the 2006 set "Carole Lombard: The Glamour Collection," containing three of the four films she made with Fred MacMurray, the Bing Crosby songfest "We're Not Dressing," her 1931 drama "Man Of The World" with soon-to-be husband William Powell and the Universal comedy "Love Before Breakfast": 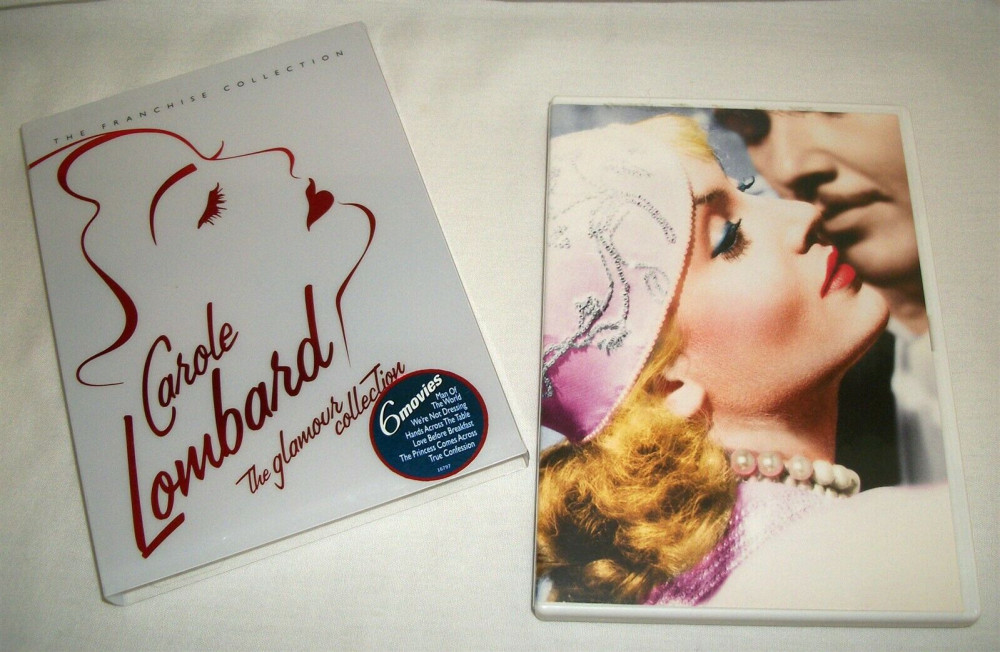 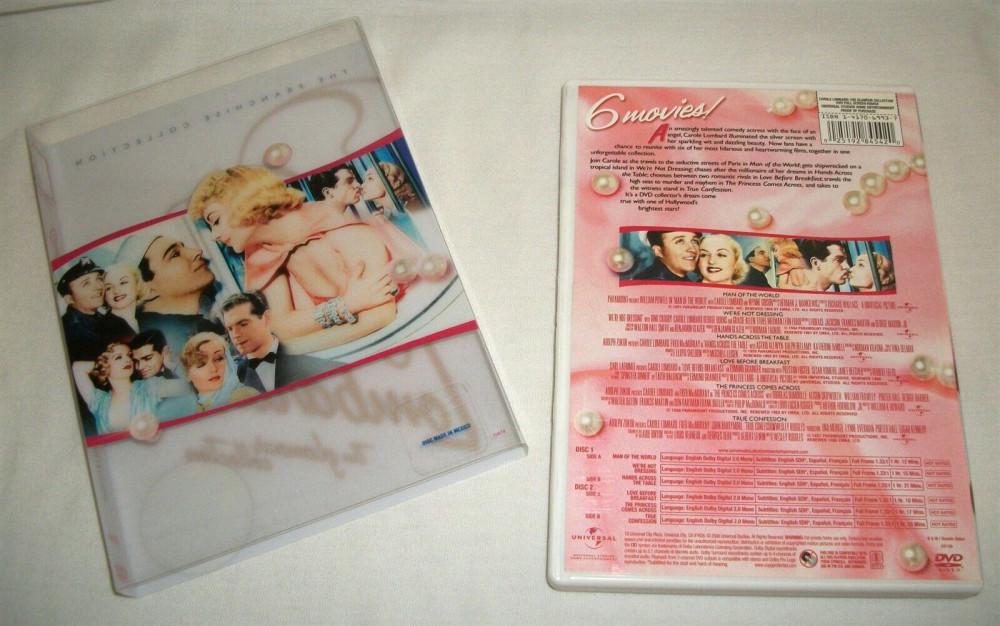 The three remaining films, unlike "Mr. & Mrs, Smith" (which has some extras) are taken from public domain sources; one of them, "My Man Godfrey," is colorized, so I can't guarantee their quality. 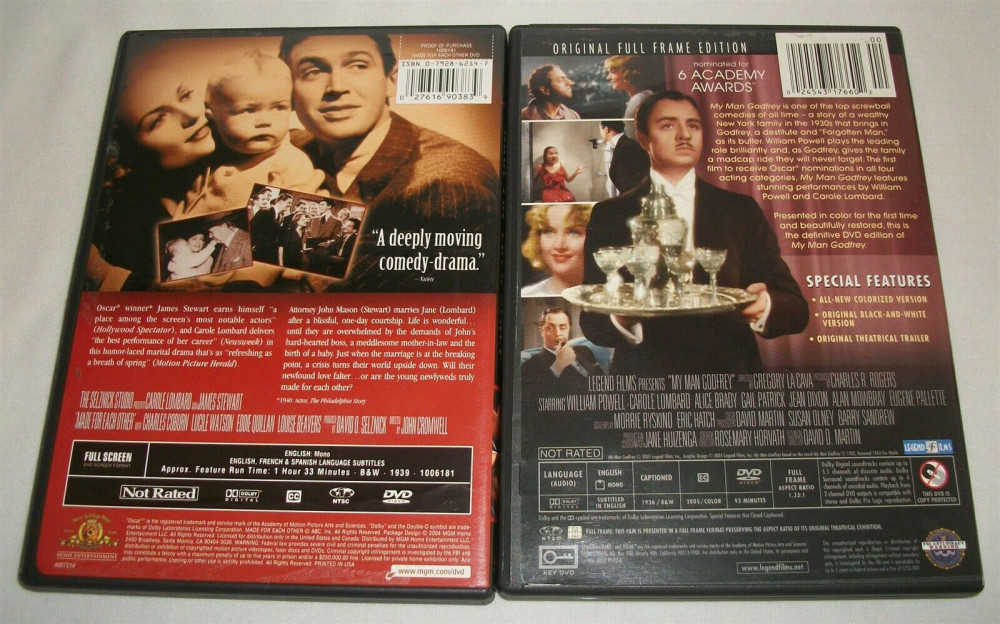 On the other hand, you probably won't be paying much for them. 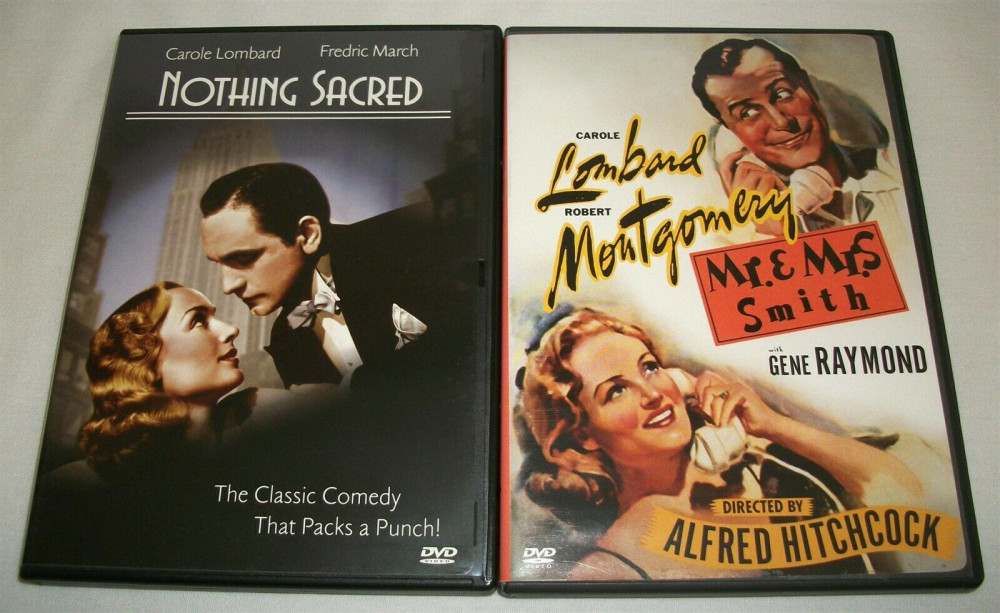 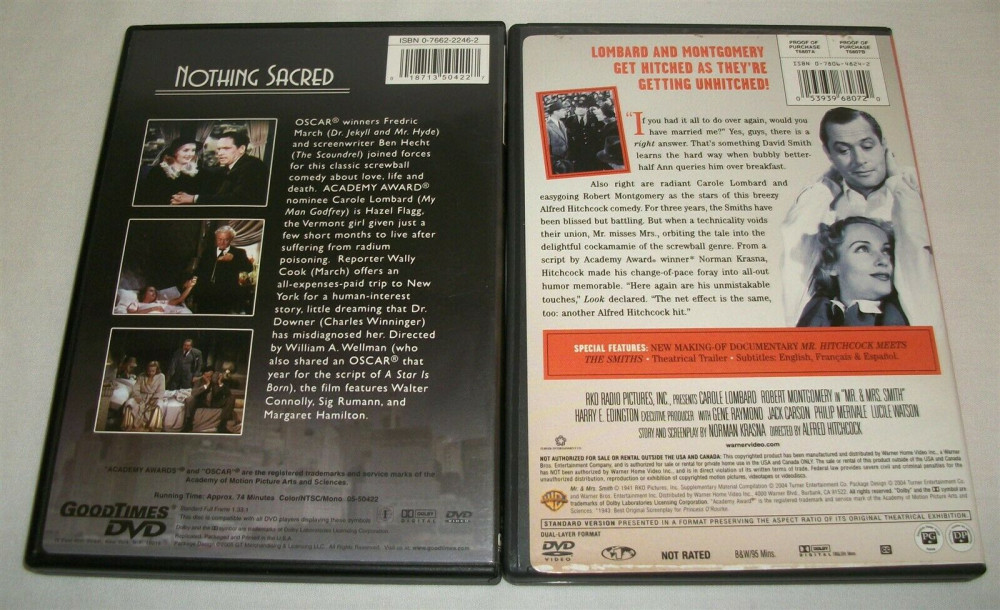