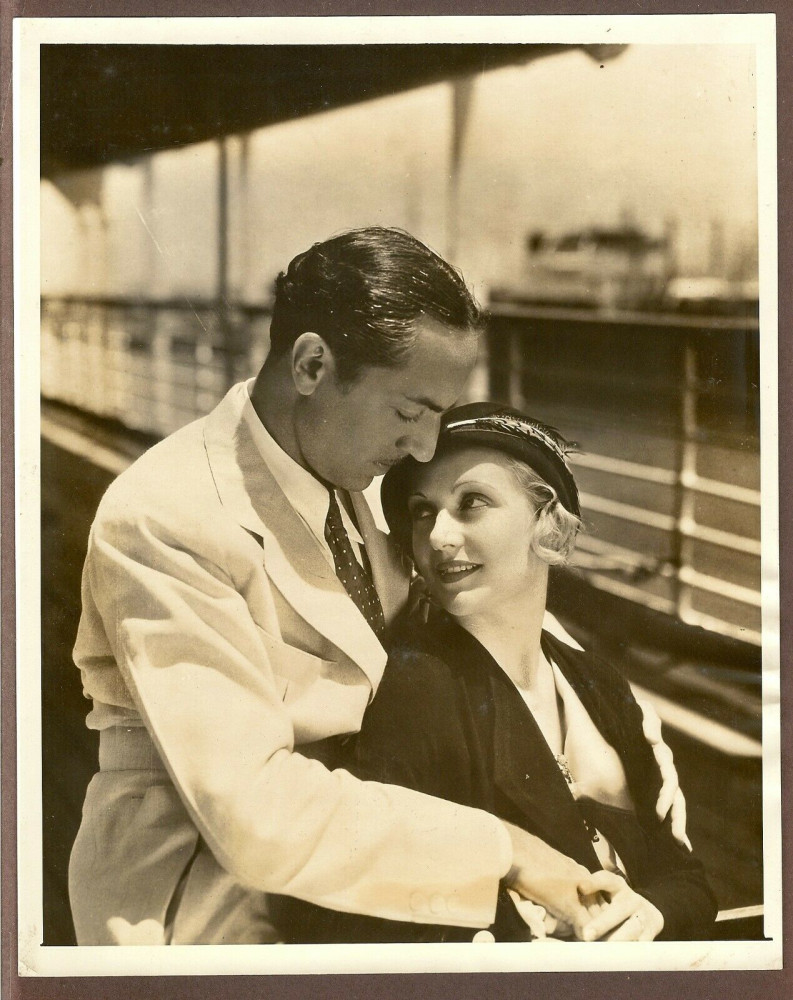 It's none other than Carole Lombard and husband William Powell, arriving in Los Angeles after their honeymoon in Hawaii. I adore the look on Lombard's face; she and Powell are two little lovebirds.

Thankfully, this is an original photo with a snipe on the back: 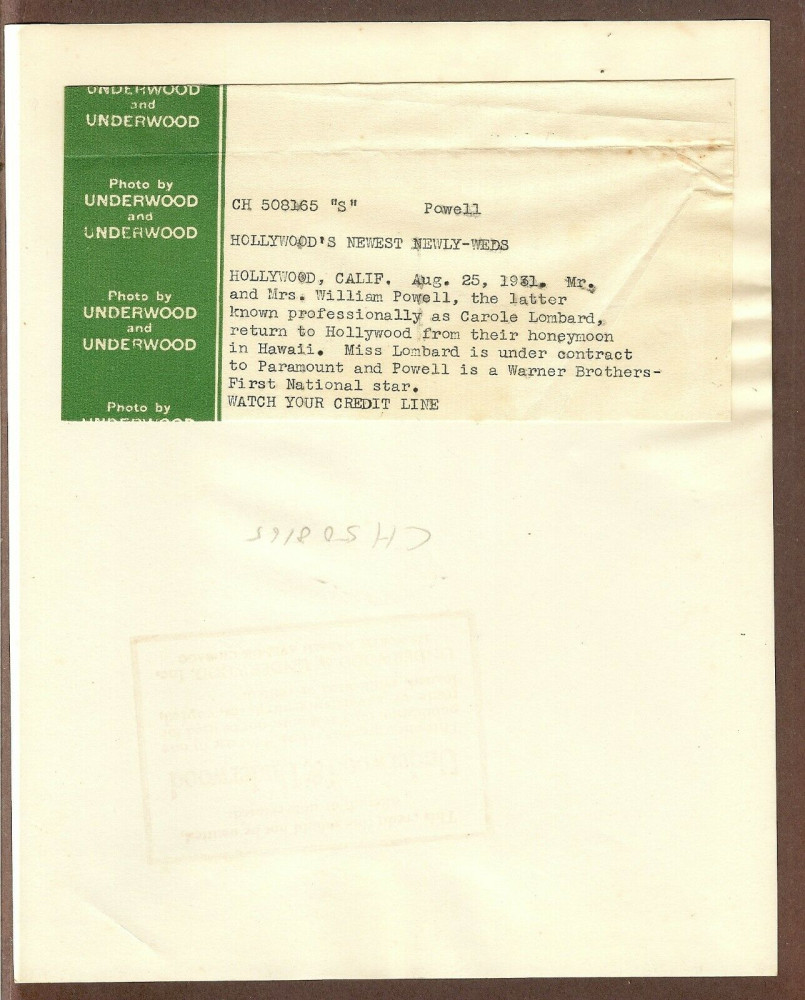 Can't read it? A larger version: The pic is dated Aug. 25, 1931, nearly two months after their wedding. (Less than two years later, they would divorce amicably.) Lombard fell ill while on honeymoon, perhaps an augur of things to come. Powell had left Paramount, where they first met, for Warners a few months earlier.

This pic, new to me, is in very good to excellent condition. Bidding opens at $8.88, with the auction closing at 9:26 p.m. (Eastern) next Saturday.