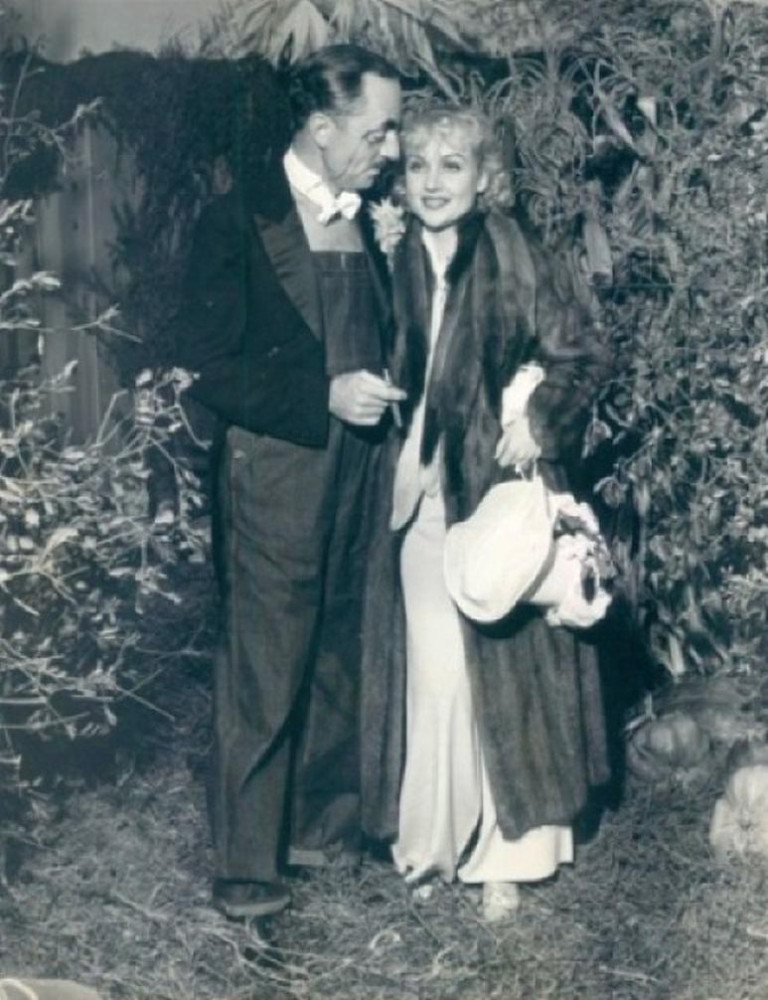 As actors, Carole Lombard and William Powell knew the power of costumes, and took advantage of it at parties, both while married and afterwards. Take this pic of them above at a Kay Francis-hosted event in the fall of 1933, for instance, less than two months after their divorce. Or these photos from a 1932 party evoking the 1890s (the decade Powell was born in): 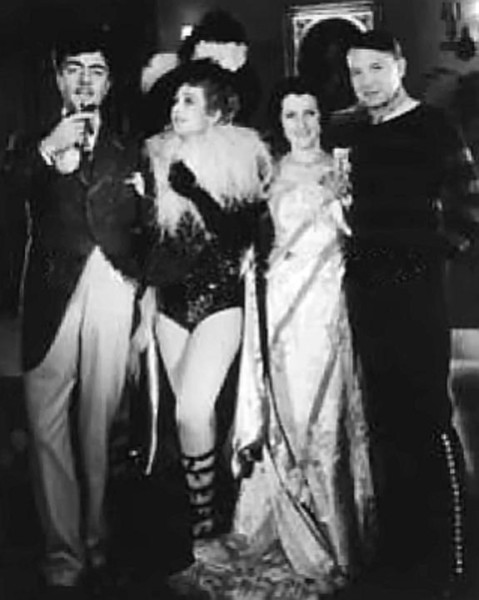 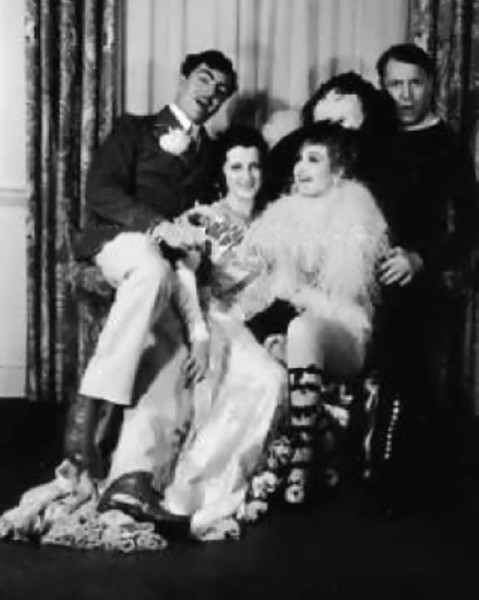 Now my Facebook friend Pat Decker has tracked down another Lombard-Powell party pic, this one with a western/pioneer theme: 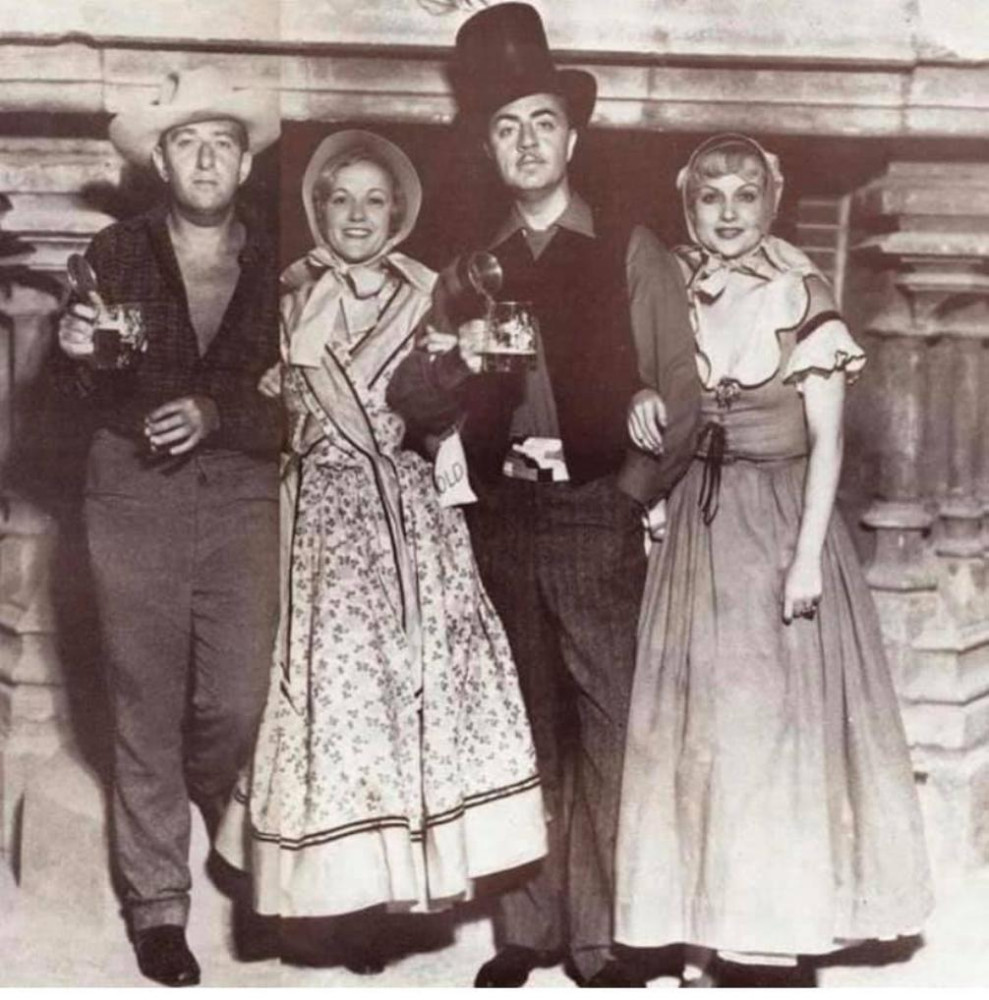 This got me thinking this "what if": Suppose that in the early 1950s, the co-creators of the "Gunsmoke" radio series, Norman Macdonnell and writer John Meston had persuaded Powell -- not the superlative radio actor William Conrad -- to voice Marshall Dillon when the show began in 1952?

At first, you might deem Powell too urbane for an oater...but from the start "Gunsmoke," set in 1870s Dodge City, Kans., was designed as a western for adults, a theme largely continued in the James Arness TV version that ran for two decades. Powell easily could have conveyed Dillon's world-weariness ("It's a chancy job, and it makes a man watchful...and a little lonely") and intelligence, just as Conrad so brilliantly did. (Hear episodes of this classic, well-written series at https://www.oldtimeradiodownloads.com/western/gunsmoke.)

Not that Powell would've been a candidate for the TV version, either; he would have been too old (63 when it premiered in 1955), just as Conrad was too heavy-set. This pic of the radio cast, when they hoped to make the transition to television, proves it. 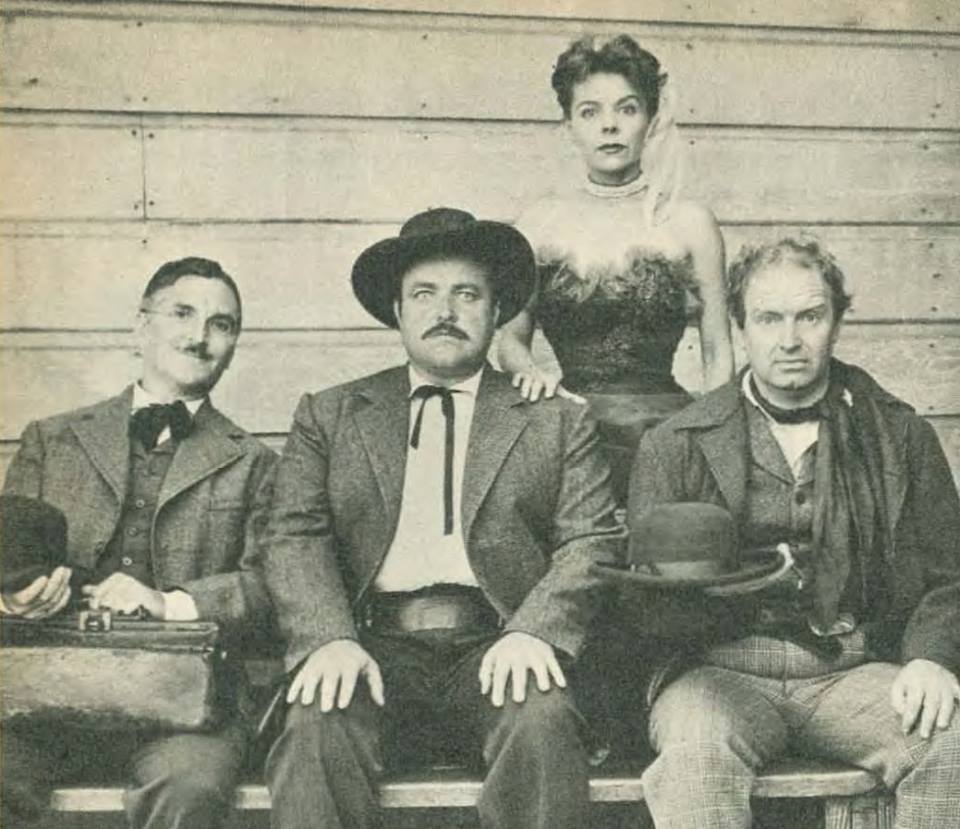 Decker had a question about this newly discovered Lombard-Powell pic: Who's with them? Darned if I know. Do any of you dare take a guess?
Collapse