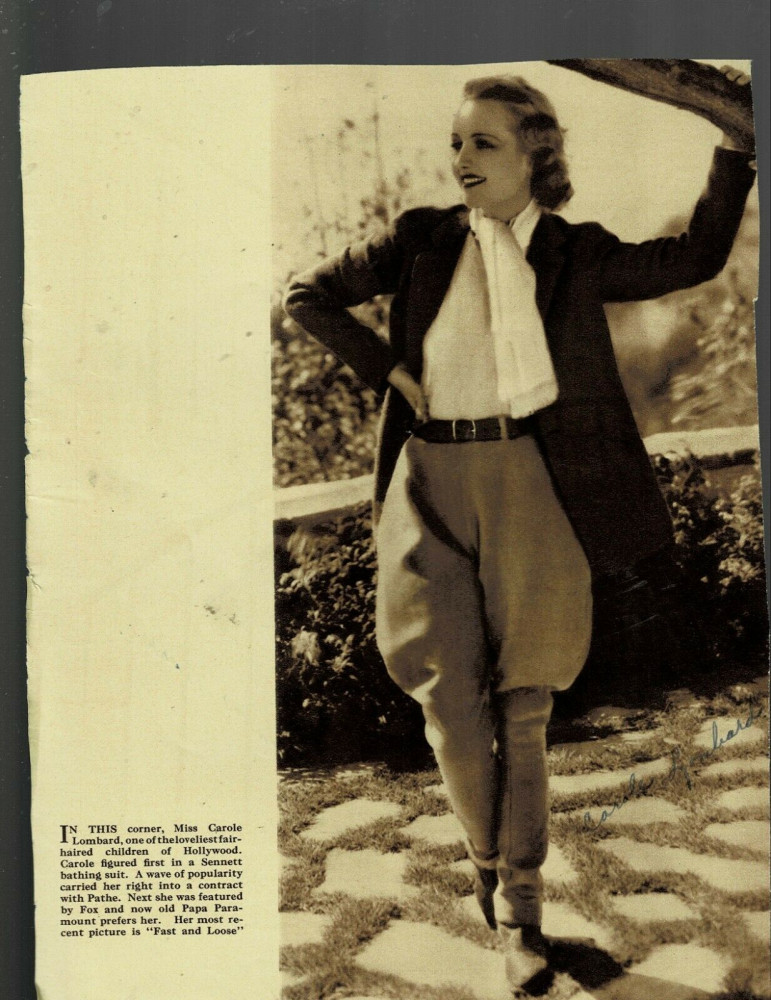 I have no idea which publication printed this sublime image of Carole Lombard, but from the reference to "Fast And Loose," I'm guessing it to be from the latter part of 1930 or early 1931.

The other side of this 8" x 10" offers little help, as it's a photo of Latin heartthrob Ramon Novarro on a staircase, and no film titles are cited: 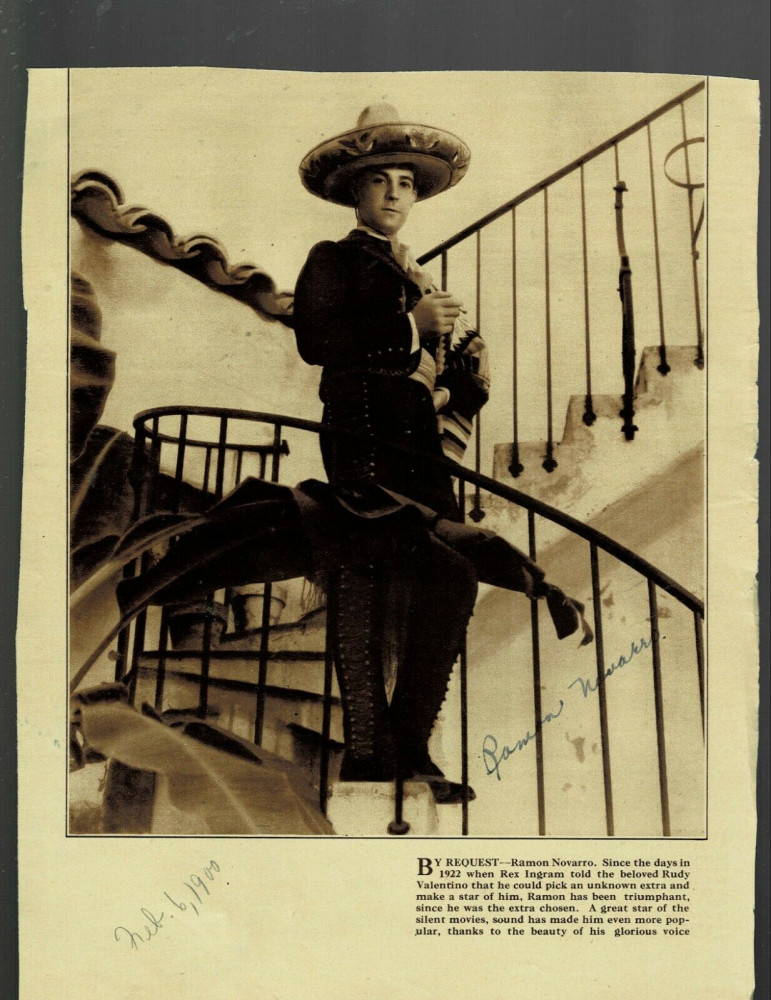 Novarro, star of the 1925 "Ben-Hur," starred with Myrna Loy in the 1933 film "The Barbarian." Discreet about his homosexuality, he was brutally murdered in October 1968 by a pair of gay hustlers.

The pics, which look to be in good condition (the signatures aren't those of the stars), are from a scrapbook assembled in the 1930s, and have been in the seller's possession since about 2000. More from the seller: 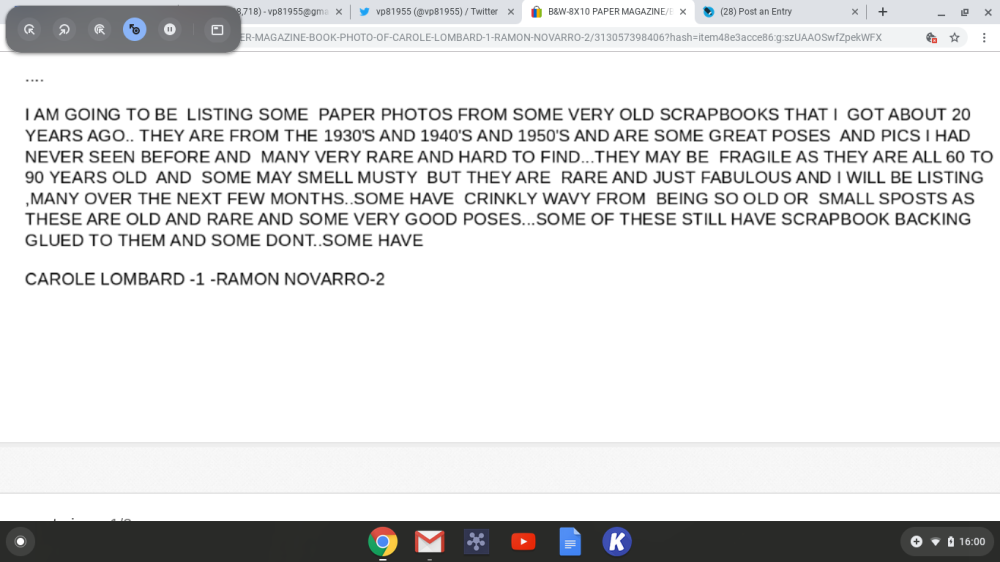 The minimum bid is more than reasonable -- 29 cents. The auction is scheduled to close at 2:30 a.m. (Eastern) next Saturday.

If you've always wanted some sort of Lombard memorabilia, well, they won't come more cheaply than this. Not counting the $4 shipping fee, you might get this item for pocket change. Discover all the details by visiting https://www.ebay.com/itm/B-W-8X10-PAPER-MAGAZINE-BOOK-PHOTO-OF-CAROLE-LOMBARD-1-RAMON-NOVARRO-2/313057398406?hash=item48e3acce86:g:szUAAOSwfZpekWFX.
Collapse