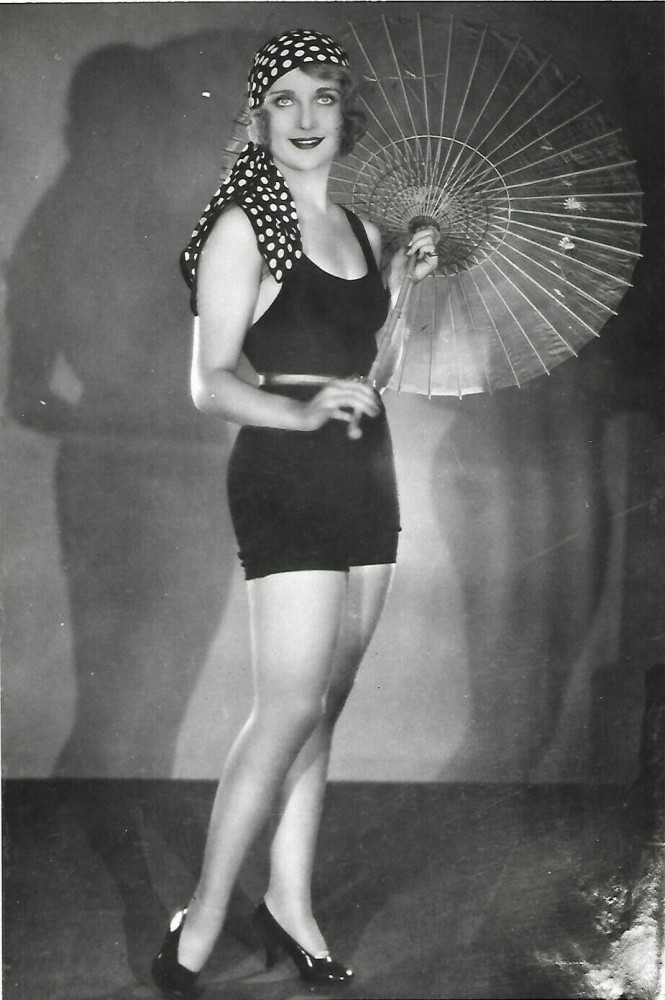 When Carole Lombard signed with Mack Sennett in 1927, the silent comedy impresario's overriding concern wasn't her acting ability; she'd shown she could handle the rudiments of the business during her brief stay at Fox. Nor did he worry about her inherent comic skill, which he figured he could teach (and did).

No, as part of a comedic ensemble -- the Sennett Girls -- Carole's prime requirement, in Sennett's eyes, was to fill out a swimsuit. So he put the 18-year-old, still on the mend from an automobile accident the year before, on a diet with plenty of bananas to put on a few pounds and make her shapelier.

The result? This stunning picture, explaining her briefly-held moniker "Carole of the curves." I'm uncertain how early in Lombard's tenure with Sennett this image was taken, but after being sidelined for months, she simply was happy to work on a film set again...and her smile while holding a parasol shows it.

This photo is on sale from eBay. We cropped the pic above, as the original looks like this: 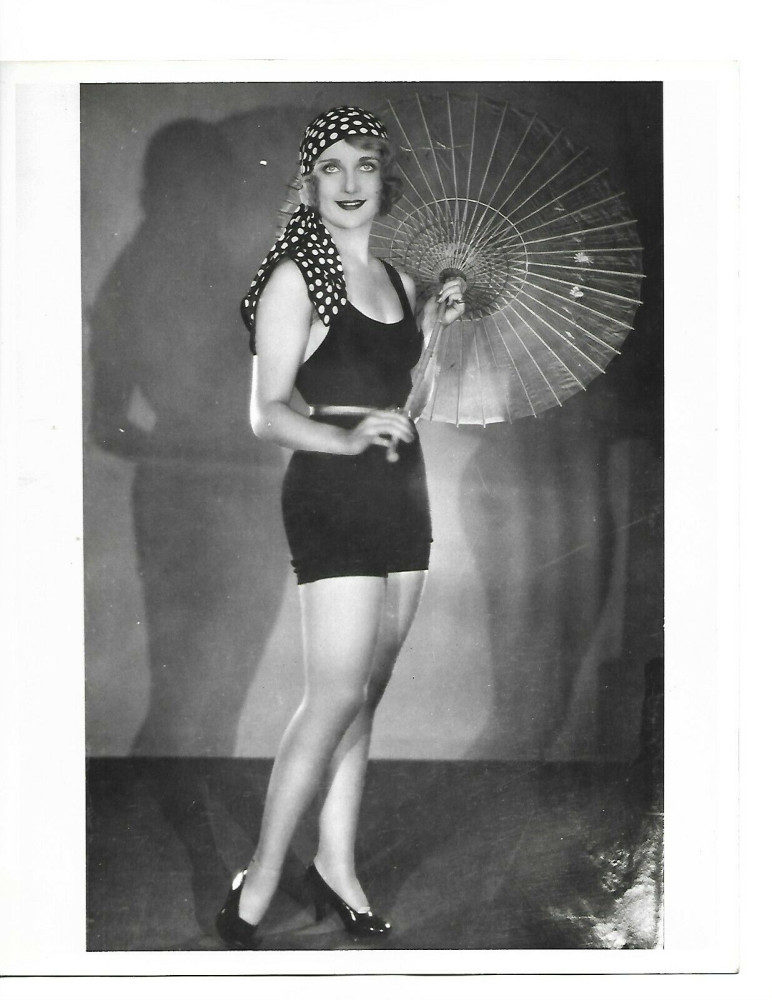 The back identifies it as being from the lower Manhattan library of The American Weekly, a Hearst Sunday supplement. 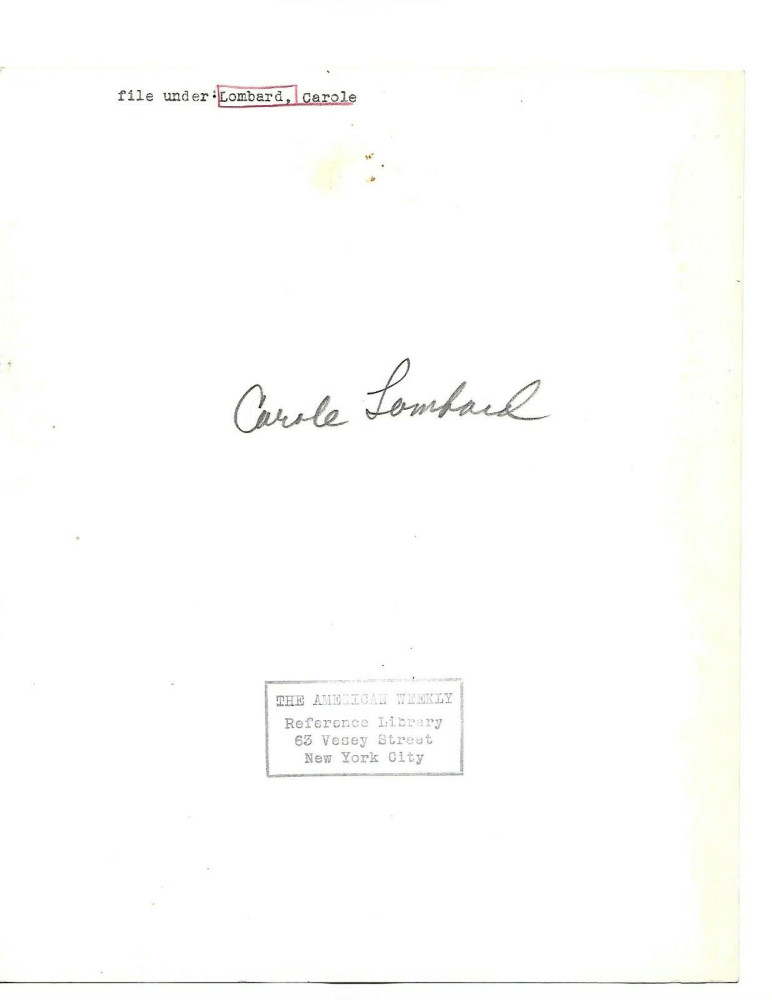 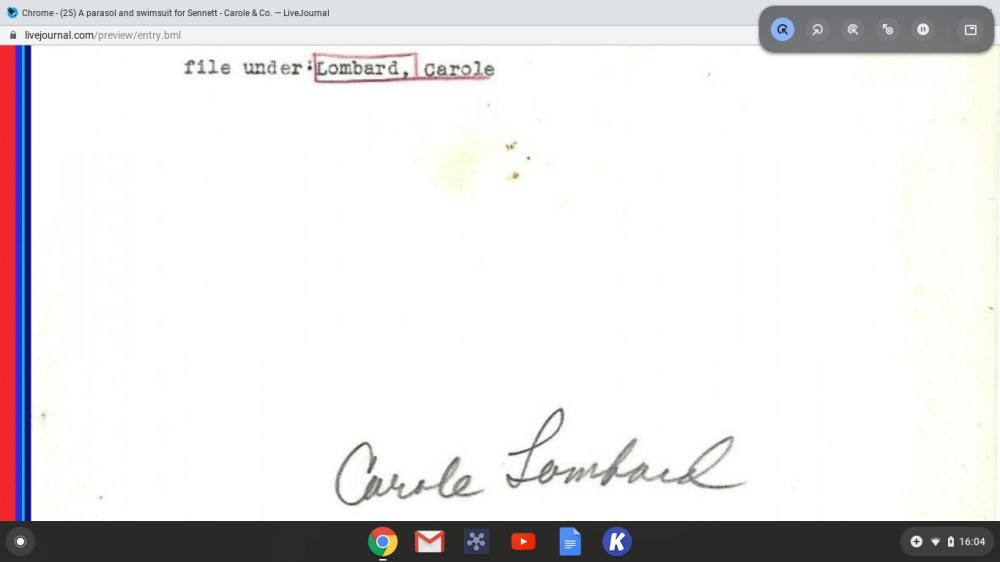 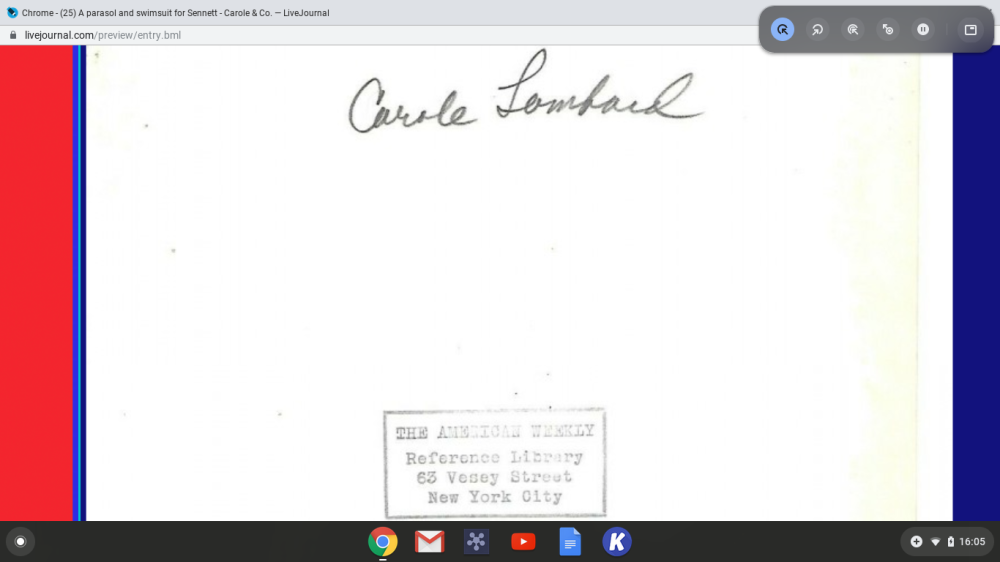 We ran another swimsuit shot of her from their files not long ago (https://carole-and-co.livejournal.com/1080839.html).