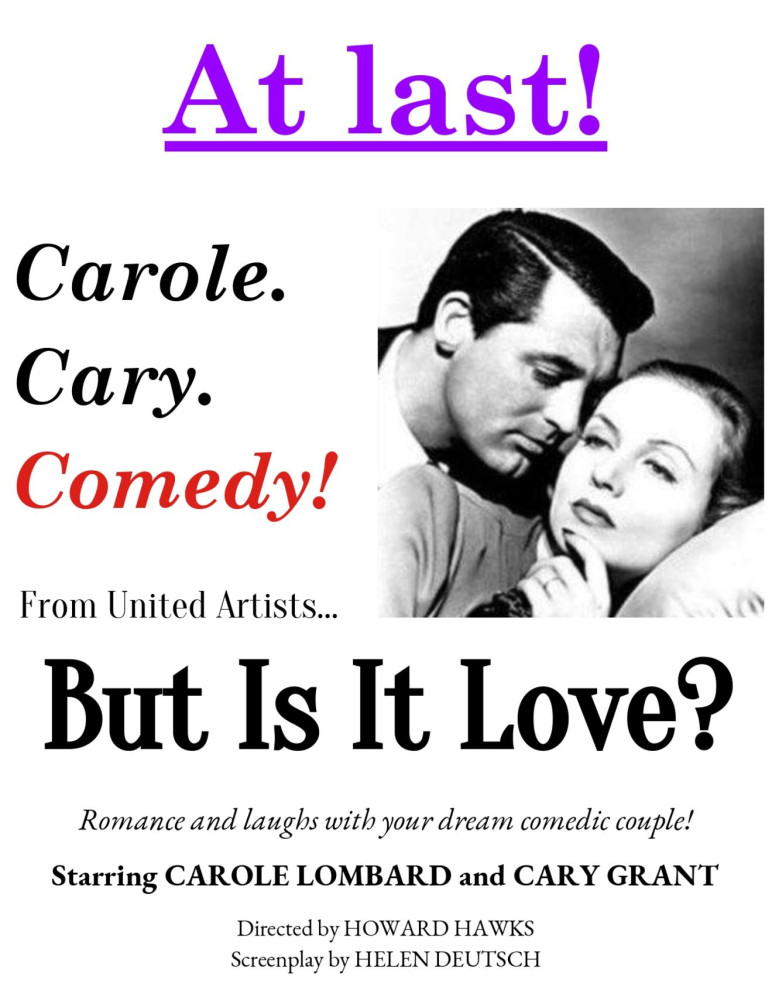 It's a cruel irony of classic Hollywood that the actress and actor most identified with screwball comedy, Carole Lombard and Cary Grant, never made one together. (Apologies to William Powell fans, although he's won belated acclaim in recent years for his aplomb in the genre.)

But they came close, oh so close. Lombard could've been Cary's co-star in "His Girl Friday," but still was pursuing dramatic roles and declined the role. (Just as well, since Rosalind Russell made it her own.) And Carole, de facto producer of "Mr. & Mrs. Smith," sought Grant but couldn't get him, landing Robert Montgomery instead.

There might've been another opportunity, though. In late 1941, Lombard acquired rights to the screenplay "But Is It Love?" by Helen Deutsch, and the Los Angeles Times reported it on Jan. 8, 1942:

Did she contact Cary about being her co-star before that fateful Jan. 16? I don't know, and this project would've followed her next film, "He Kissed The Bride" (renamed "They All Kissed The Bride" when released, with Joan Crawford filling the shoes of her one-time Cocoanut Grove dance rival).

But we can dream, leading to the ersatz "But Is It Love?" poster above. Certainly the wartime public would've loved a Cary-Carole comedy. (Since Lombard probably would've put up some of her own money toward such a film, I gave her top billing.) Howard Hawks seemed the ideal director -- he'd guided each through screwball triumphs ("Twentieth Century," "Bringing Up Baby").

So while the film was never made, either by Lombard or Lucille Ball later in the decade (https://carole-and-co.livejournal.com/1078255.html, https://carole-and-co.livejournal.com/1078544.html), Deutsch wrote the story, which Lombard purchased, then converted her screenplay (which Carole commissioned) back into a short story that ran in the August 1942 Ladies Home Journal. (I initially believed it to be the other way around, but Lombard fan Brian Lee Anderson corrected me; my mistake, and I updated the subject line accordingly. Deutsch re-acquired the rights from Clark Gable in 1947.) 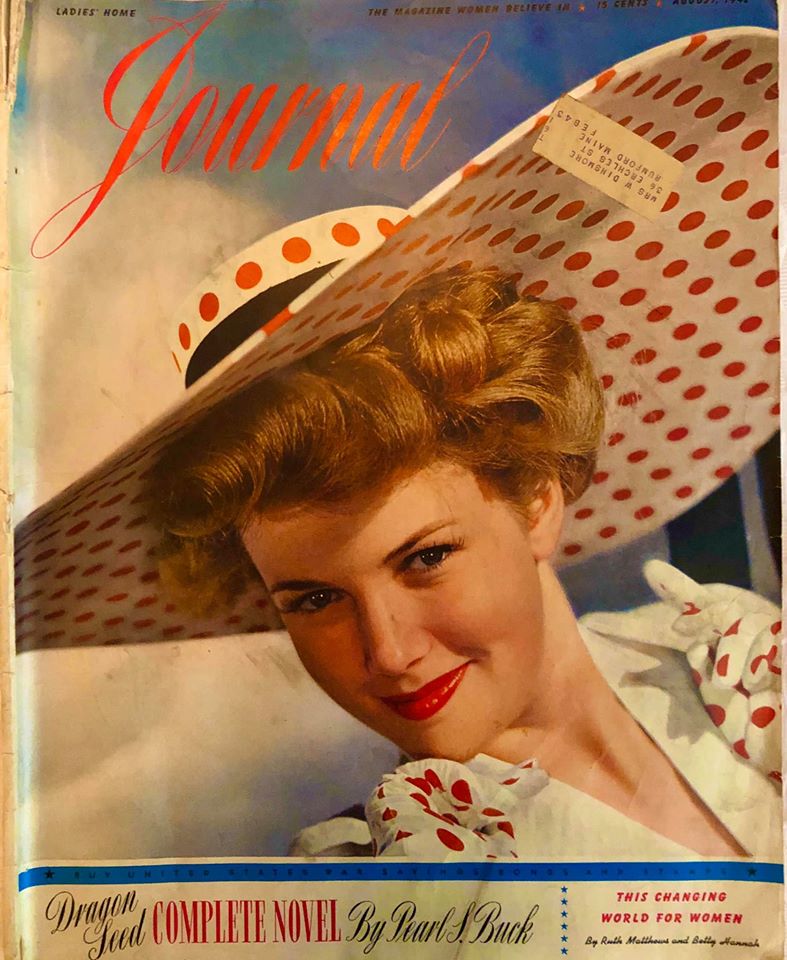 It was tracked down by Anderson, who's allowed me to share the story, renamed "Object: Matrimony," with you. But first, here's Brian to tell you more: https://www.facebook.com/blueshirtbrian/videos/3076346009090652/

He initially labeled the Grant-like image on the accompanying illustration as Clark Gable (but corrected it oat his Facebook site), and he pronounces the author's last name as "dootch" rather than "doystch" (as in "Deutschland"). But that's neither here nor there in the grand scheme of things. What's important is that we have an idea of what an unmade Lombard film project might have been like.

Incidentally, two versions of the script exist (one for Lombard, one for Lucy?), and Anderson said he hopes to get a hold of one once the coronavirus crisis is complete. If that doesn't encourage you to wash your hands and stay safe, what will?

Without further ado, the story (double-click pages for optimal reading): 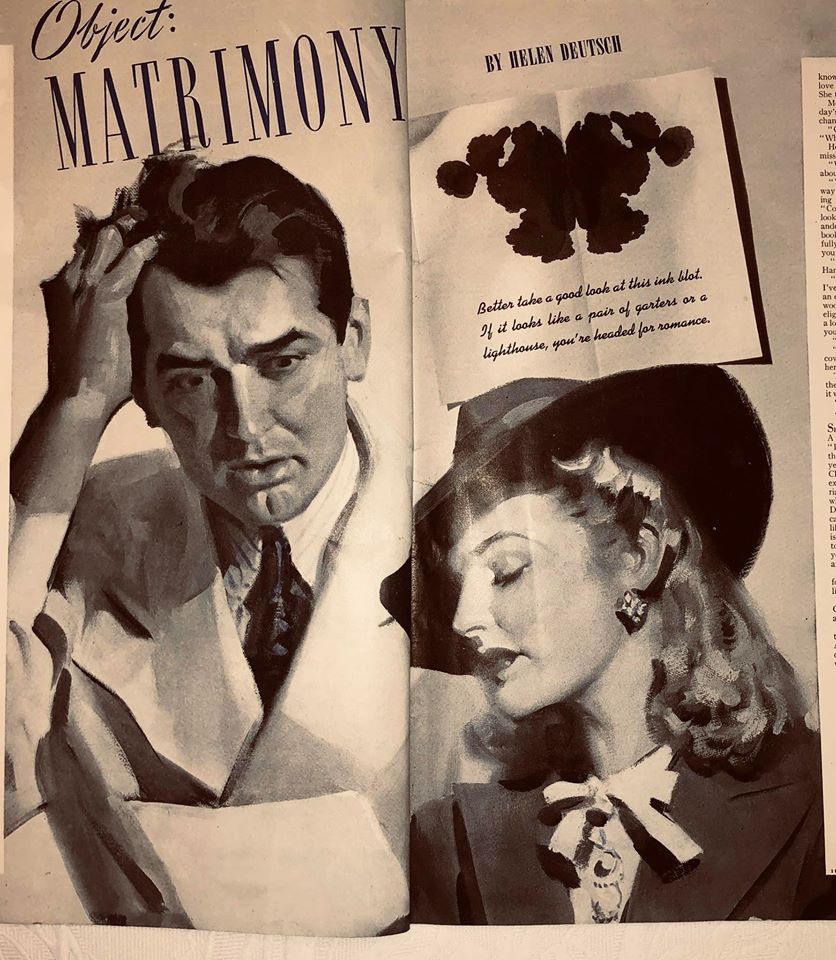 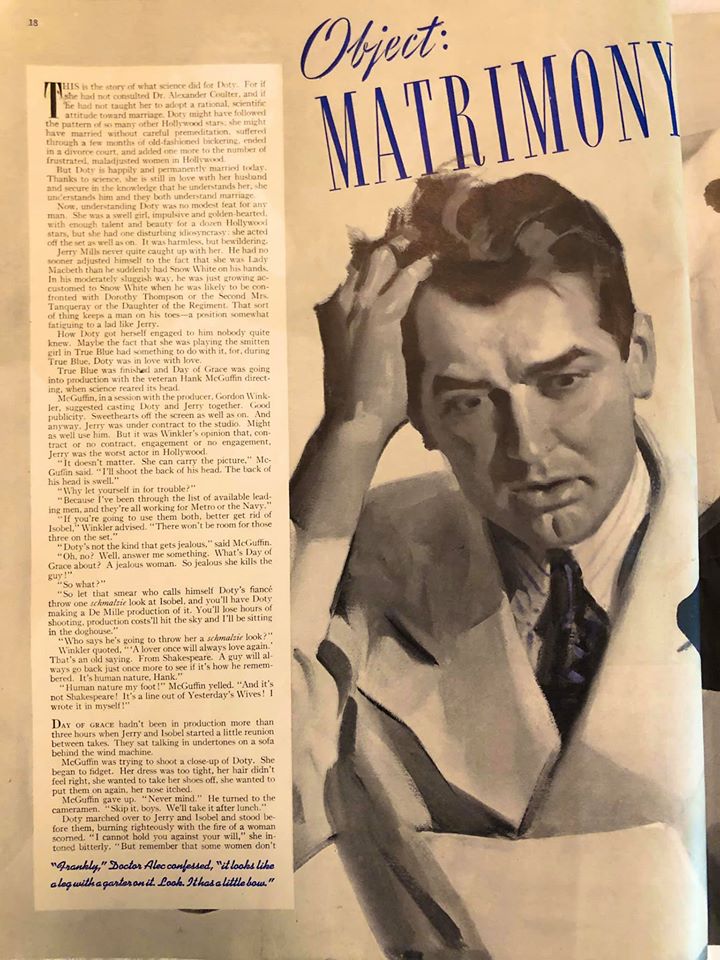 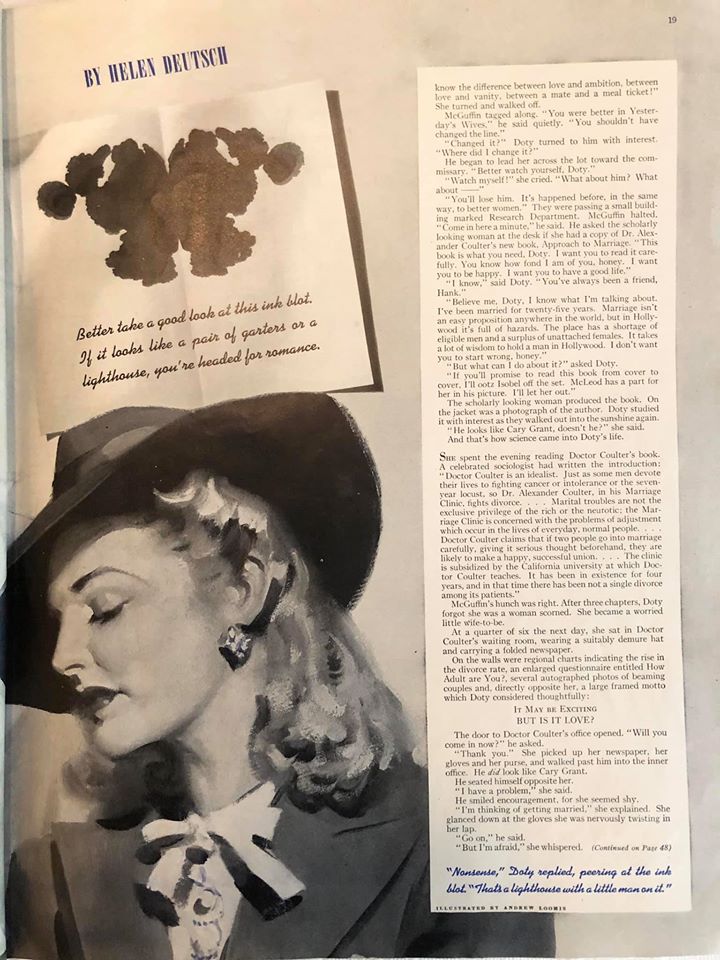 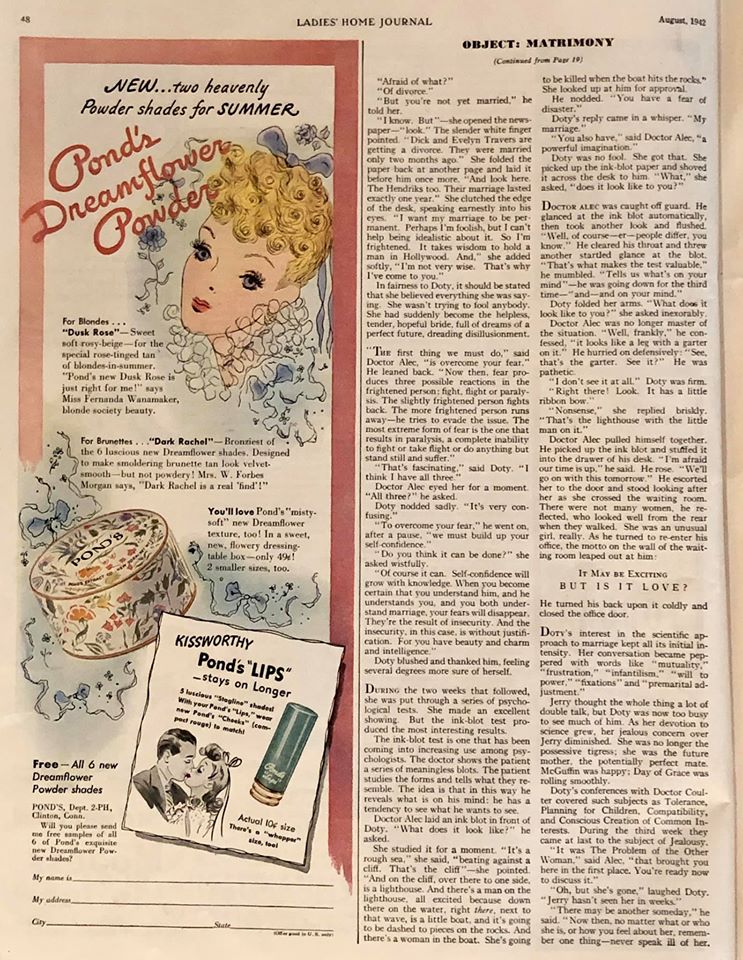 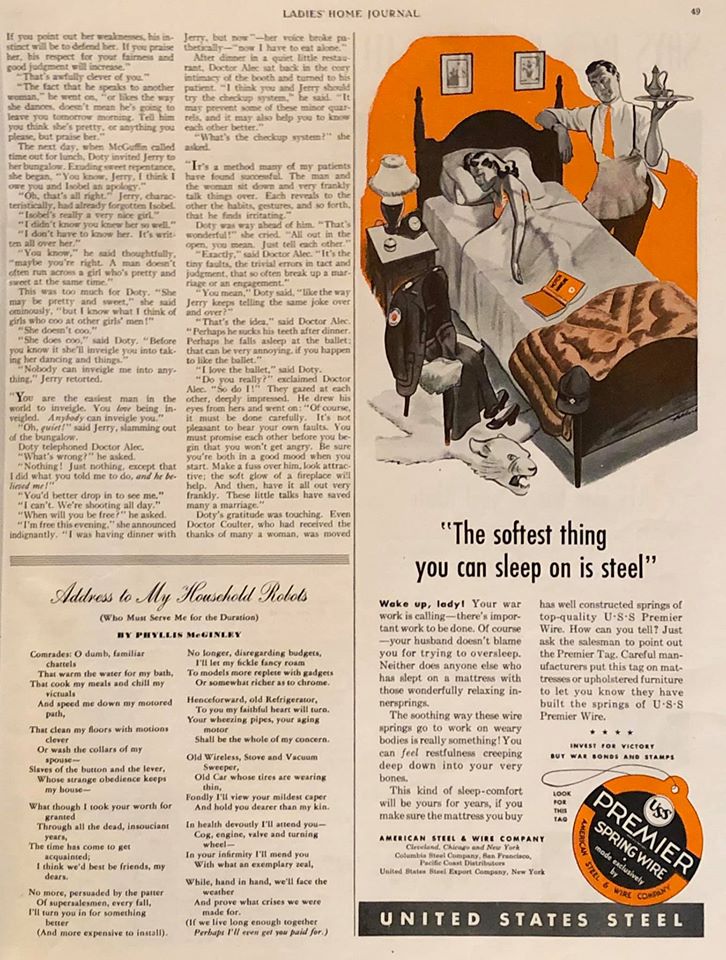 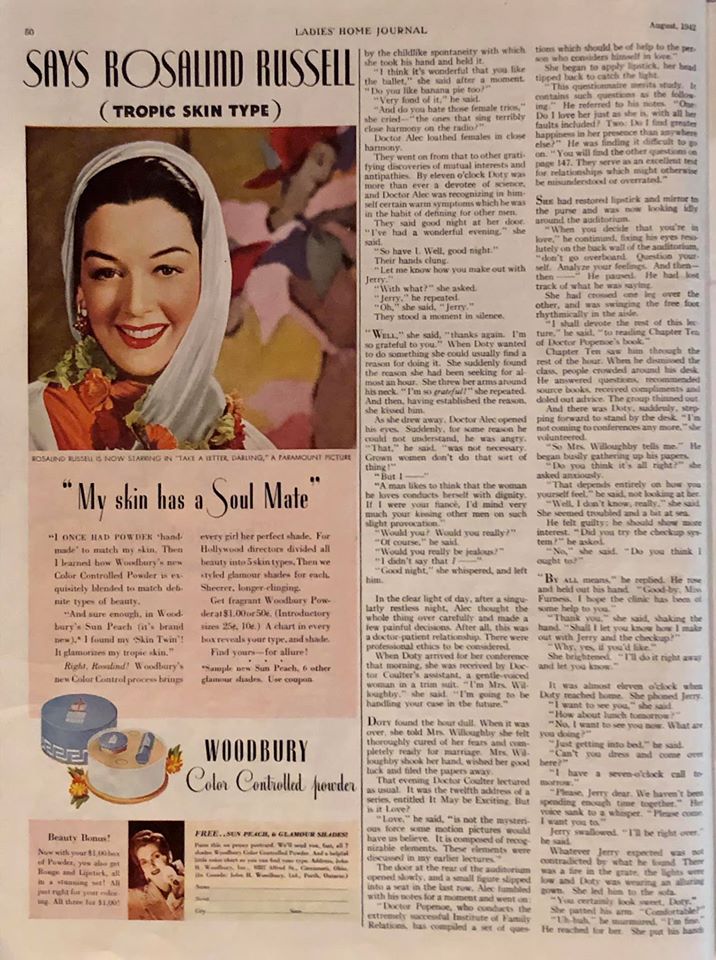 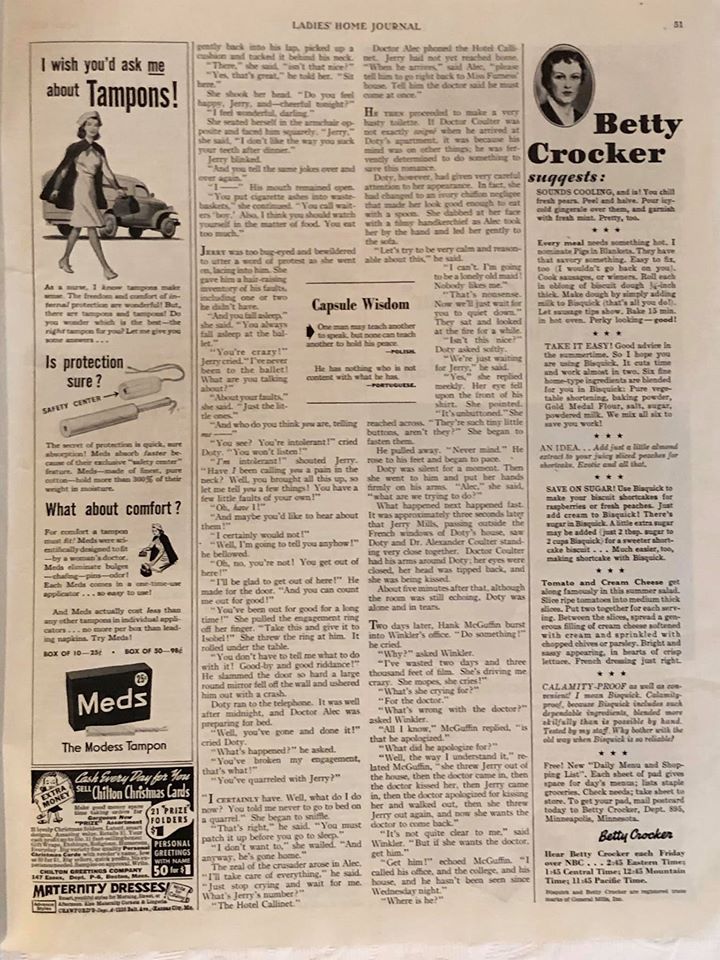 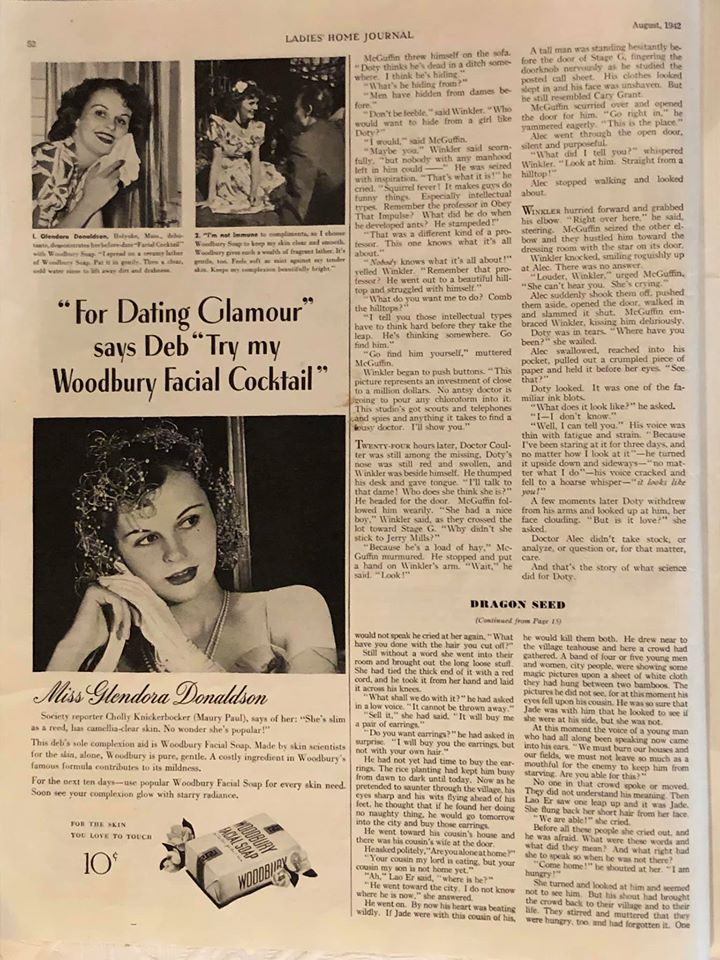 There are several "inside Hollywood" bits:

* The leading lady says the scientist "looks like Cary Grant, doesn't he?" (Grant, of course, made an in-joke about "Archie Leach," his birth name, in "His Girl Friday.")
* The director is named "Hank McGuffin" (Hitchcock fans will get the reference).
* One of the studio people has the last name of "Winkler" (a tribute to Otto, another victim of Flight 3?).

It's a fun read, and I think Lombard would've aced this (Lucy too). Something to ponder on this most unusual Easter weekend.
Collapse