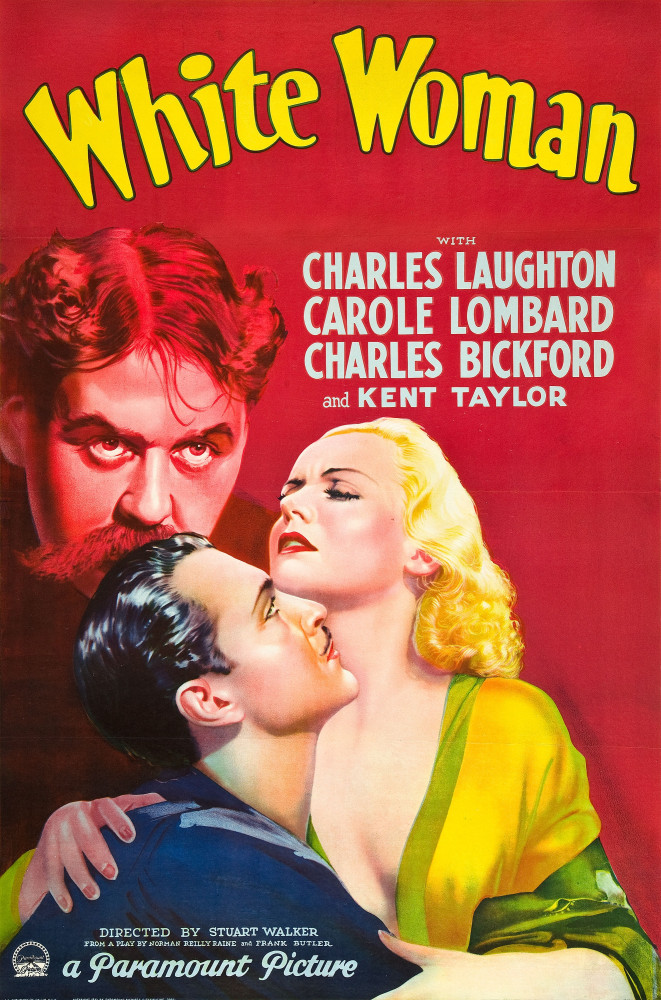 Every now and then, I read something about Carole Lombard that forces me to re-evaluate one particular facet of her career. So it was when I came across an entry about "White Woman," her 1933 Paramount potboiler that I've long considered the campiest movie Carole ever made (although the very concept of "camp" was alien to '33 audiences), largely due to an over-the-top performance by Charles Laughton akin to his Dr. Moreau in "Island Of Lost Souls," made the year before. 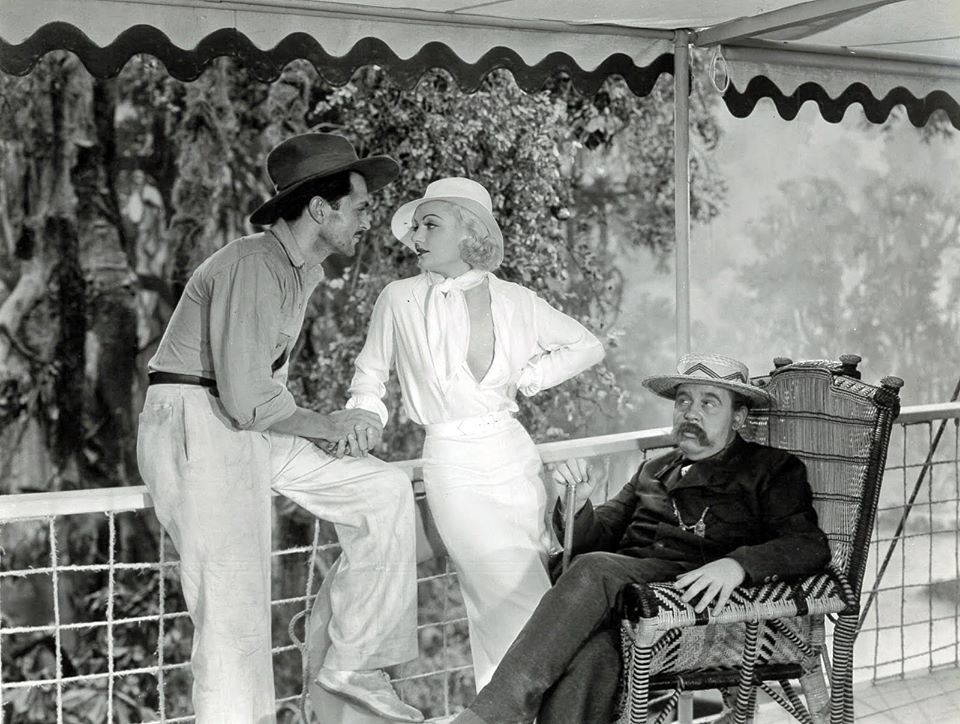 Lewis labeled the film "lurid" -- something I wouldn't disagree with -- but one of the comments took this angle:

"The whole allure of this film -- in anti-miscegenation America -- was that Carole Lombard's character, the 'white woman' of the title, was in danger of being raped by the setting's Malay natives, a lurid insinuation that hovers over the entire film."

It's been some years since I saw "White Woman," but I don't recall any instance of the Lombard character even talking to a native character aside from giving an order. The commenter continued:

"I'm sure the Breen Office wouldn't have allowed a re-release of the film during the Code-era years. So, when the film was remade six years later, Lombard's character was changed to an Asian woman, played by Anna May Wong, and the veiled suggestion of interracial sex was removed." 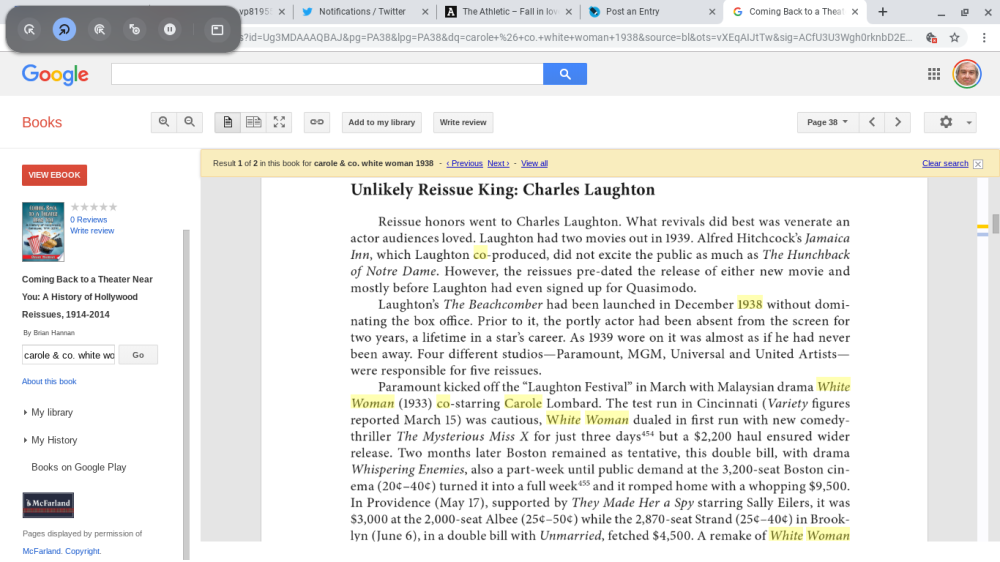 In fact, in 2012 we ran a photo of "White Woman" listed on a 1939 Massachusetts theater marquee (https://carole-and-co.livejournal.com/526602.html). Apparently, both Lombard -- now Mrs. Clark Gable -- and Laughton were regaining popularity. (One wonders how many cuts Paramount made in the reissue to satisfy Joseph Breen.) More on the '39 movie with Wong, released that August: 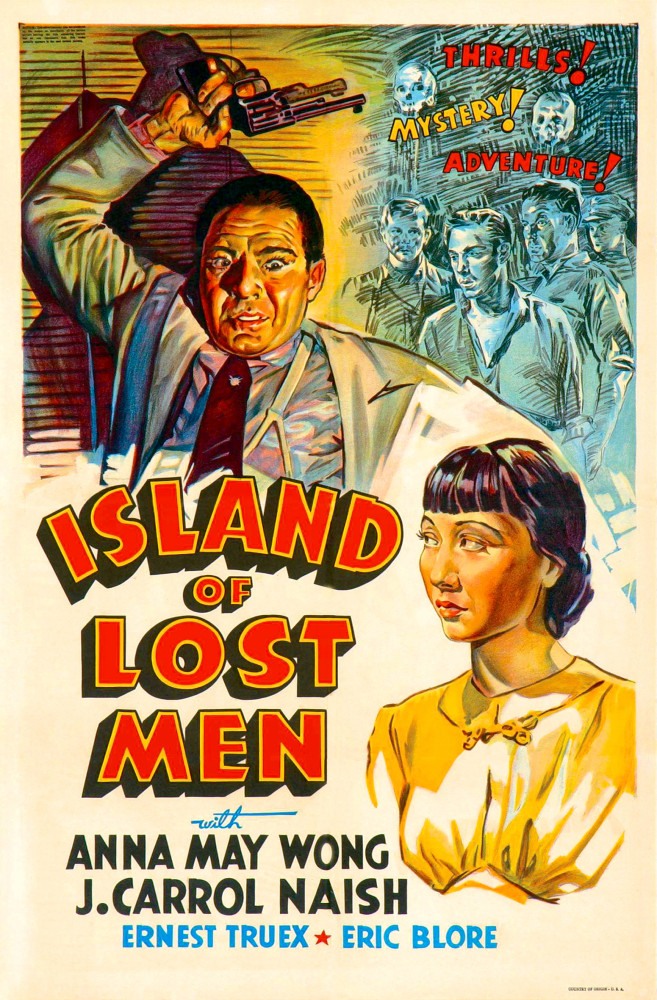 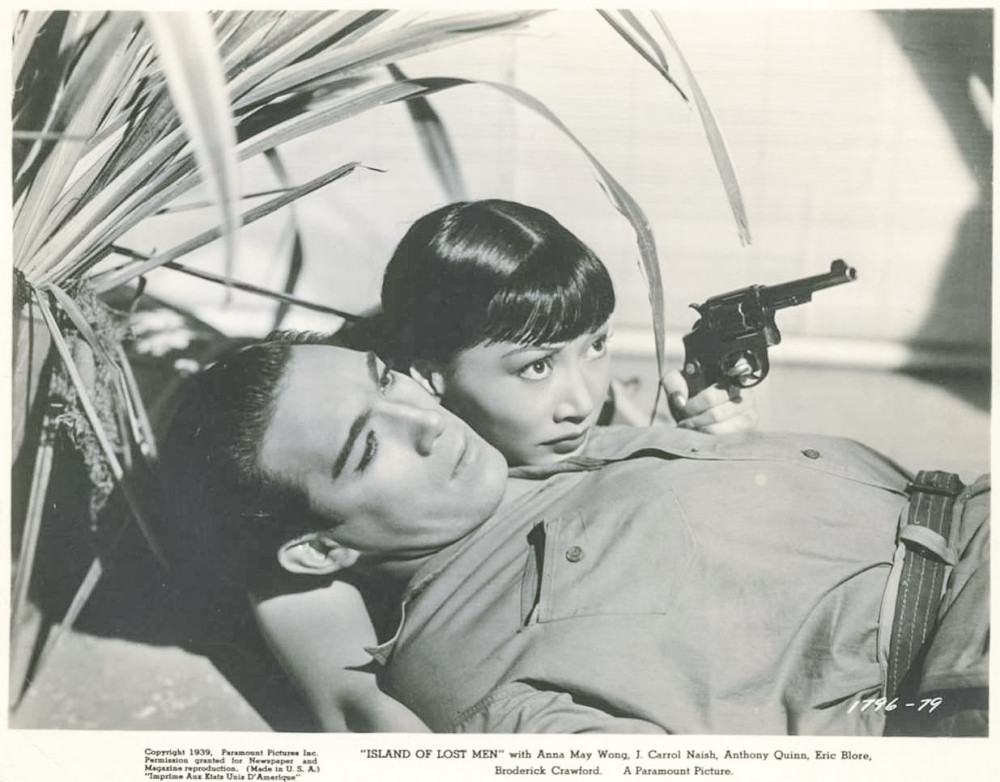 Wong plays the daughter of a missing Chinese general who she tracks down at a labor camp; she even sings an original song, "Music On The Shore" (co-written by Frank Loesser!), and unlike Lombard in "White Woman," apparently was not dubbed. Supporting cast members in this second feature included future stars Anthony Quinn and Broderick Crawford, and while Wong received positive reviews, the film lost money and Paramount did not renew her contract.

Earlier in her career, Wong rarely was able to play Asian roles; the fear of even implied miscegenation was such that both "Asian" romantic leads would be played by Caucasians, so Wong often lost out to the likes of Myrna Loy (left) or Loretta Young, both shown below in such parts. 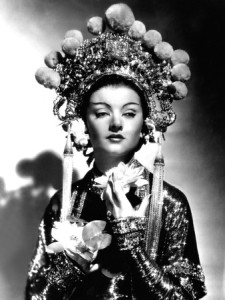 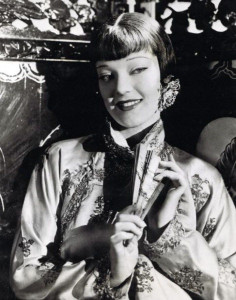 It's something to ponder, 87 years after "White Woman" was made.
Collapse