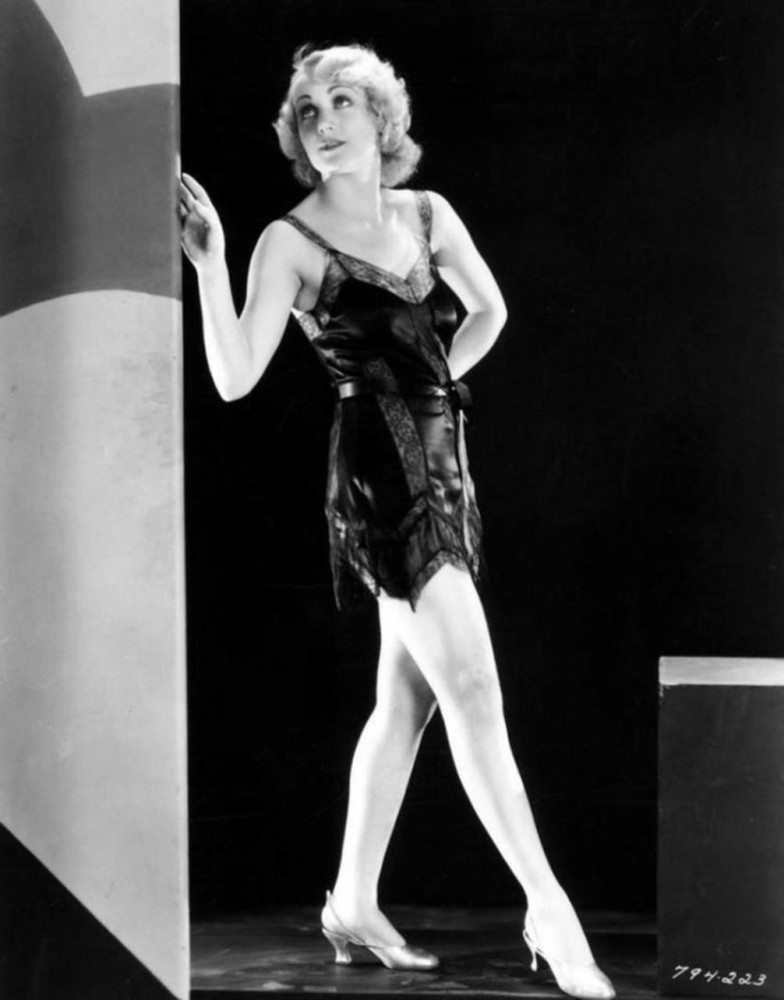 Carole Lombard made her Paramount debut in 1930's "Safety In Numbers," a frothy romp starring Charles "Buddy" Rogers where his quartet of leading ladies strutted around the chic apartment they shared in varied states of undress. For instance... 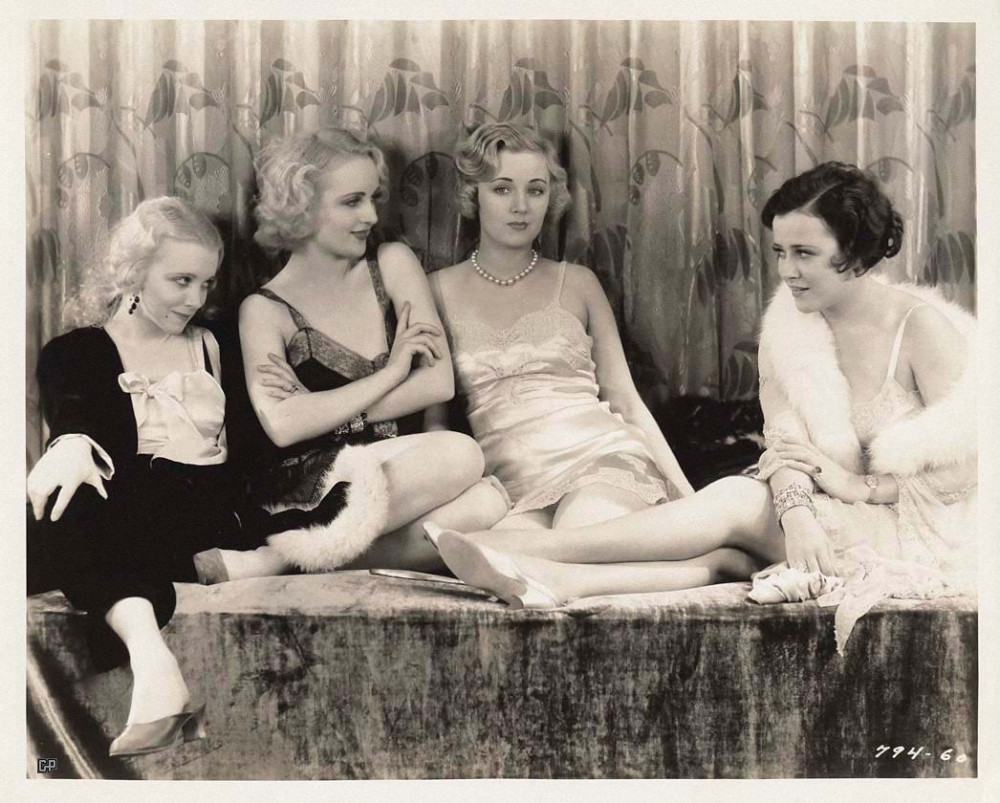 ...from left, Virginia Bruce, Carole, Josephine Dunn and Kathryn Crawford, all effectively in scanties, share a moment away from squiring the super-rich Rogers around New York.

Was much of this prurient? Of course -- only a few blue-noses wouldn't mind seeing pretty women cavort in underthings on a giant screen. And from 1929 to mid-1934, many a female showed off her figure to film audiences. Another 1930 film, MGM's "Our Blushing Brides," visually explains this bonanza in briefs: 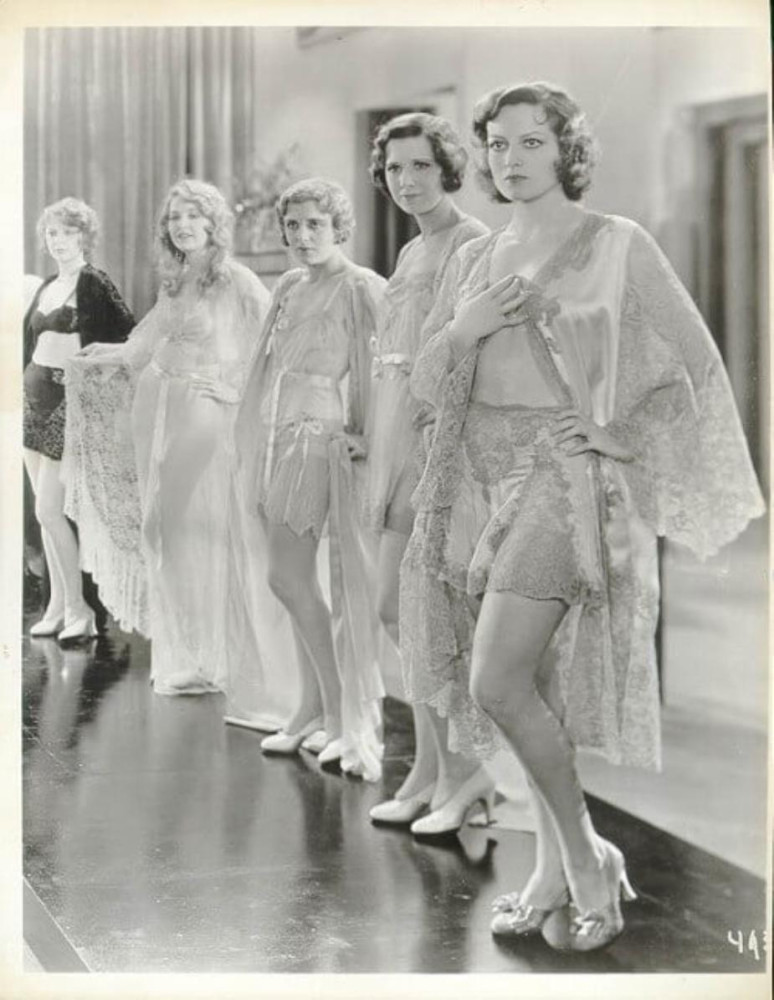 The site "The Lingerie Addict" defined the changes this way (https://www.thelingerieaddict.com/2016/08/pre-code-hollywood-lingerie.html/amp?fbclid=IwAR0afld_f0xL6o2lpym6UfGZgl3UdRkT-_3Hh1JBs02XYCRY4-X7Ra7ZqlU):

"Now that the trailing skirts and cinched corsets of the Edwardian Era were no longer in fashion (and never would be again), a new kind of lingerie came into focus.Looser and more provocative with higher hems and fewer layers, this style of lingerie was scandalously close to naked, replacing the layers of chemises, knickers, corsets, corset covers and petticoats that encompassed lingerie for previous generations."

Mass production took hold in the 1920s, enabling luxury in lingerie to reach the masses, alongside new colors such as peach and mint. The fewer layers enabled the new generation of post-WWI women to dress (or undress) with minimal assistance. A perfect example of this is Jean Harlow in 1931's "Iron Man" -- note the pure sheerness of what she's wearing: 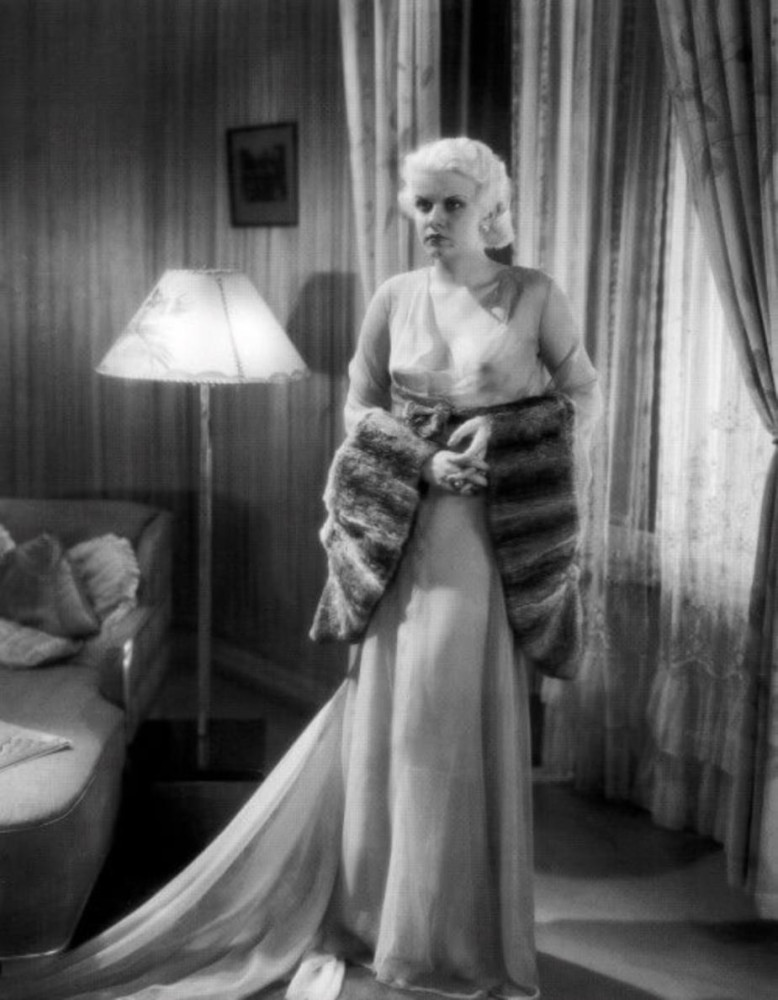 Please read the article cited above, from a lingerie aficionado who's probably forgotten more on this sensual topic than I'll ever know.

To close, undoubtedly the quintessential pre-Code lingerie song, from the Ernst Lubitsch masterpiece "The Smiling Lieutenant":