Beggars can't be choosers, so this is the only known photograph of Carole Lombard with Jean Harlow. While neither's at their most alluring, this image for the fan mag Radio Mirror accompanied a story on the feud between Walter Winchell and Jimmie Fidler. (The fifth person in the pic? Russ Columbo, though this didn't appear until 1935.)

Harlow's birthday comes Tuesday (the 109th anniversary of her birth), but it normally isn't celebrated by Turner Classic Movies in the U.S. That's because March 3 is often the finale of TCM's "31 Days of Oscar." 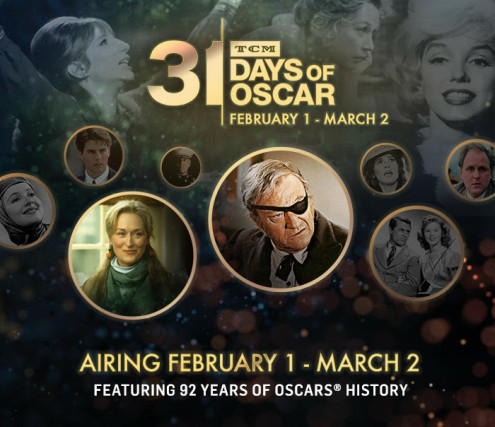 But since 2020 is a leap year, the event ends on March 2, thus freeing the 3rd for a seven-film Harlow birthday bash. The schedule (all times Eastern): 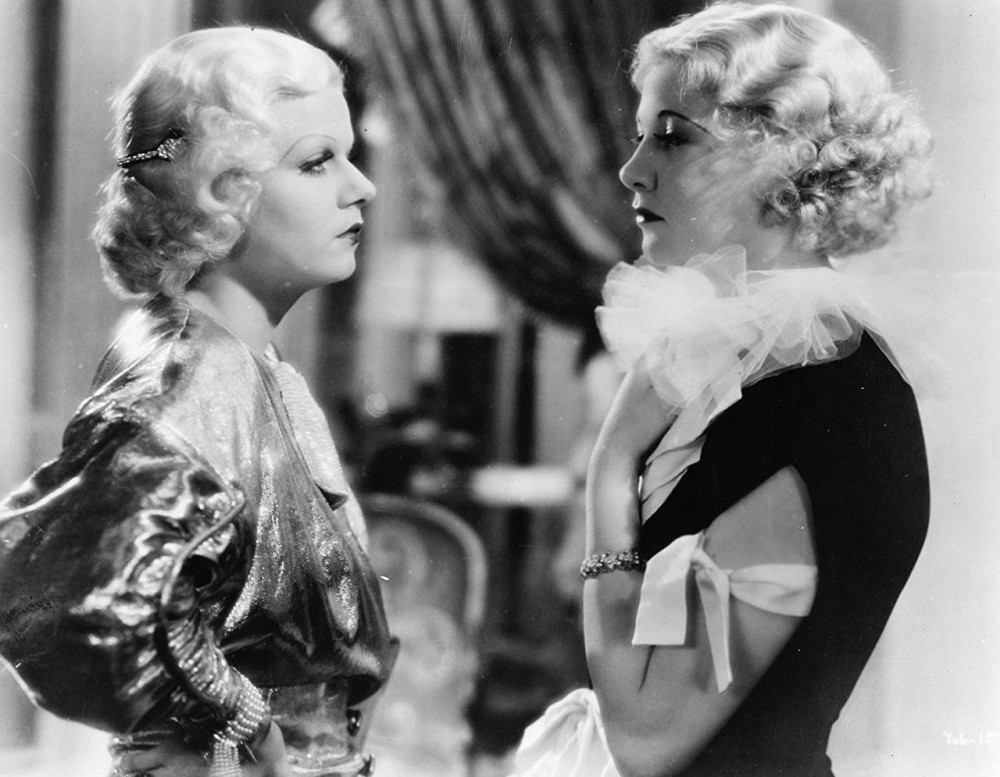 * 8 a.m. -- "Bombshell" (1933). No, this has nothing to do with blonde Fox News Channel anchors; rather it's a smart send-up of Hollywood, with Harlow (seen with Una Merkel) parodying herself, Clara Bow and the whole Tinseltown game. 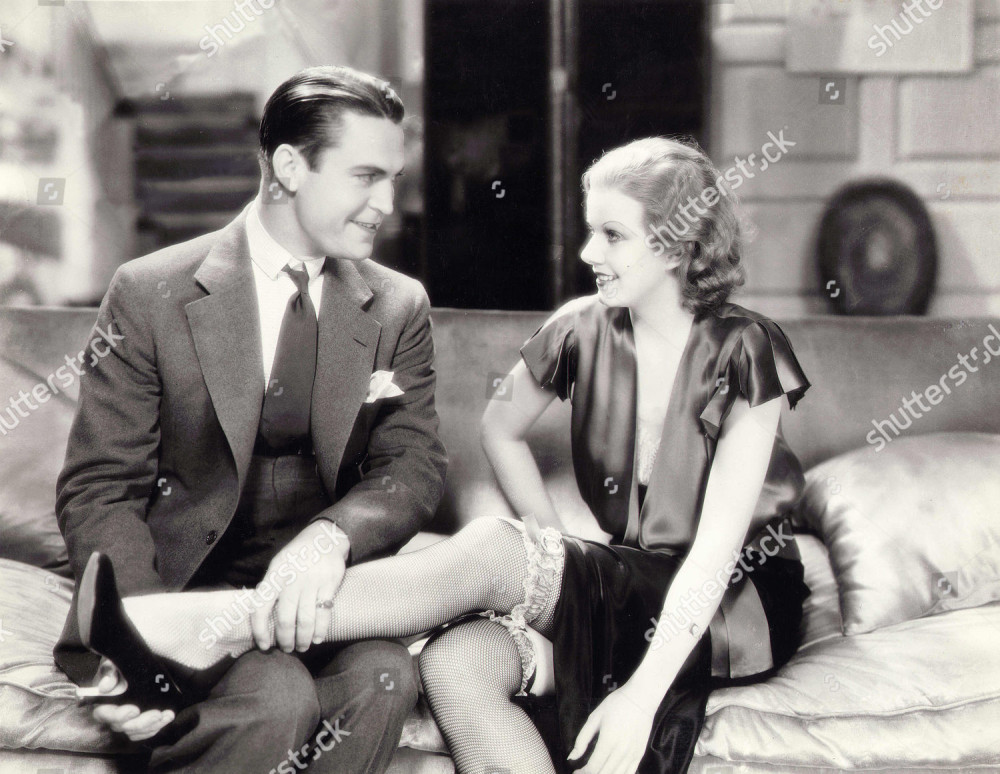 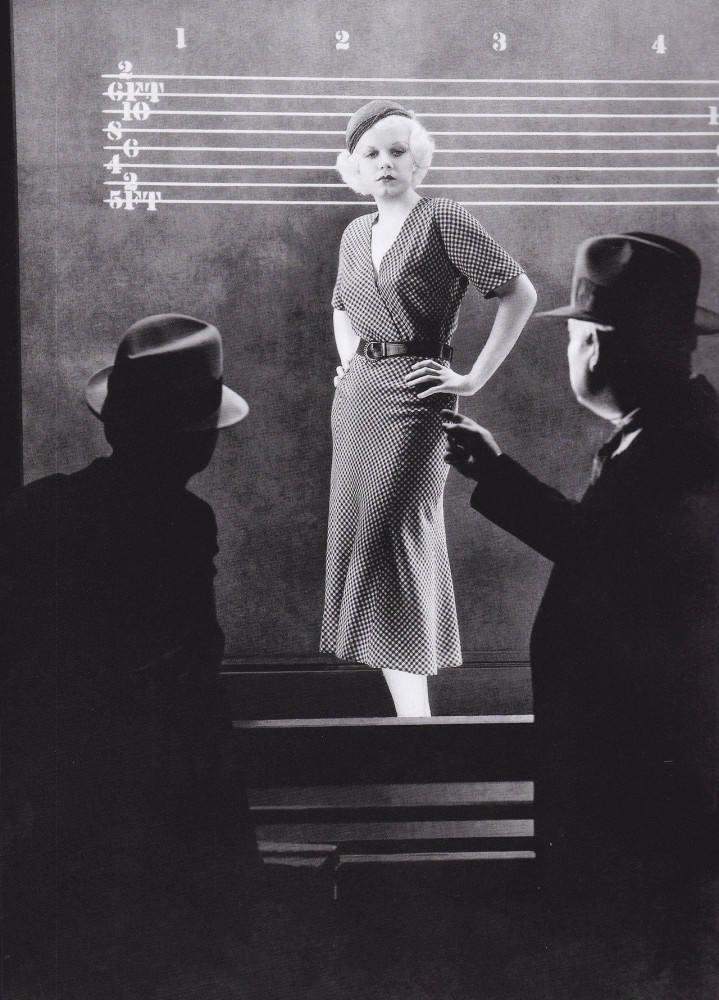 * 11:15 a.m. -- "The Beast Of The City" (1932), Jean has a supporting role as a gangster's moll, and so impressed MGM with her toughness the studio bought her contract from Howard Hughes. She indeed had come a long way from the unsure actress of "Hell's Angels" two years earlier. 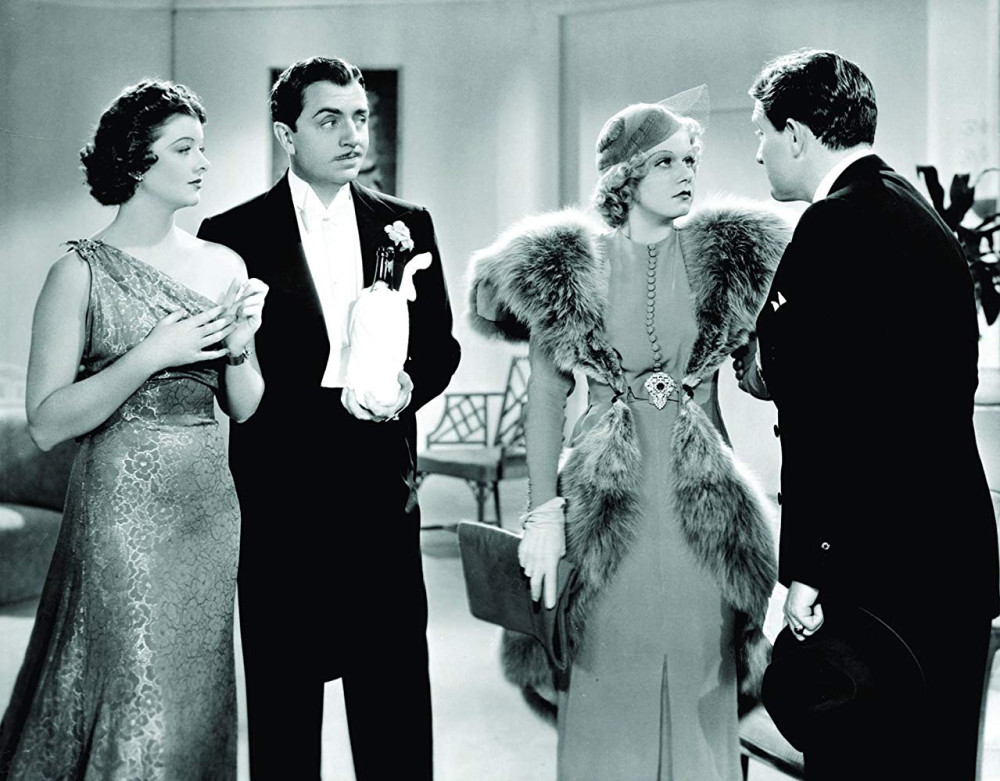 *12:45 p.m. -- "Libeled Lady" (1936). One of the all-time great romantic comedies, Harlow holds her own in this tale of newspaper hijinks with William Powell, Myrna Loy and Spencer Tracy. If this is the first time you've seen this, enjoy-- it's simply brilliant. 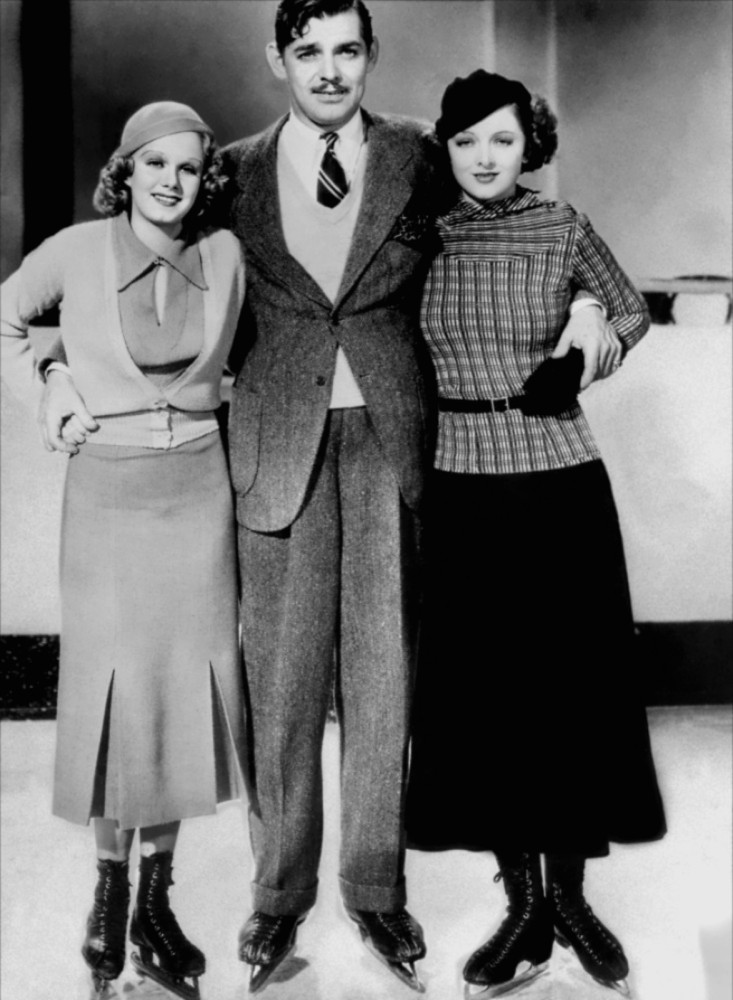 * 2:45 p.m. -- "Wife Vs. Secretary" (1936). The final three films pair Harlow with Clark Gable; Loy's in this one too.as the "wife" in an uneasy triangle, though the studious and efficient Jean claims no hanky-panky with Clark. Her boyfriend? A young James Stewart. 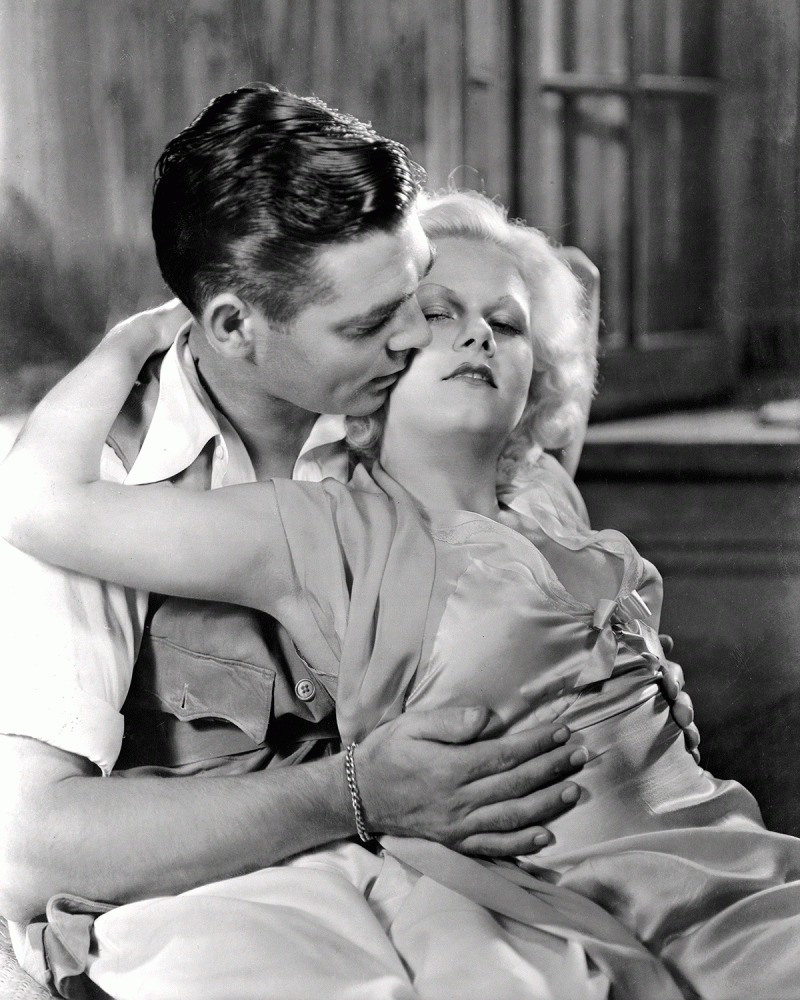 * 4:30 p.m. -- "Red Dust" (1932). The Gable-Harlow relationship was said to be sibling-like off-screen, but on-screen it was precisely the opposite. This steamy tropical saga brings out the most sensual qualities in both. With Mary Astor. 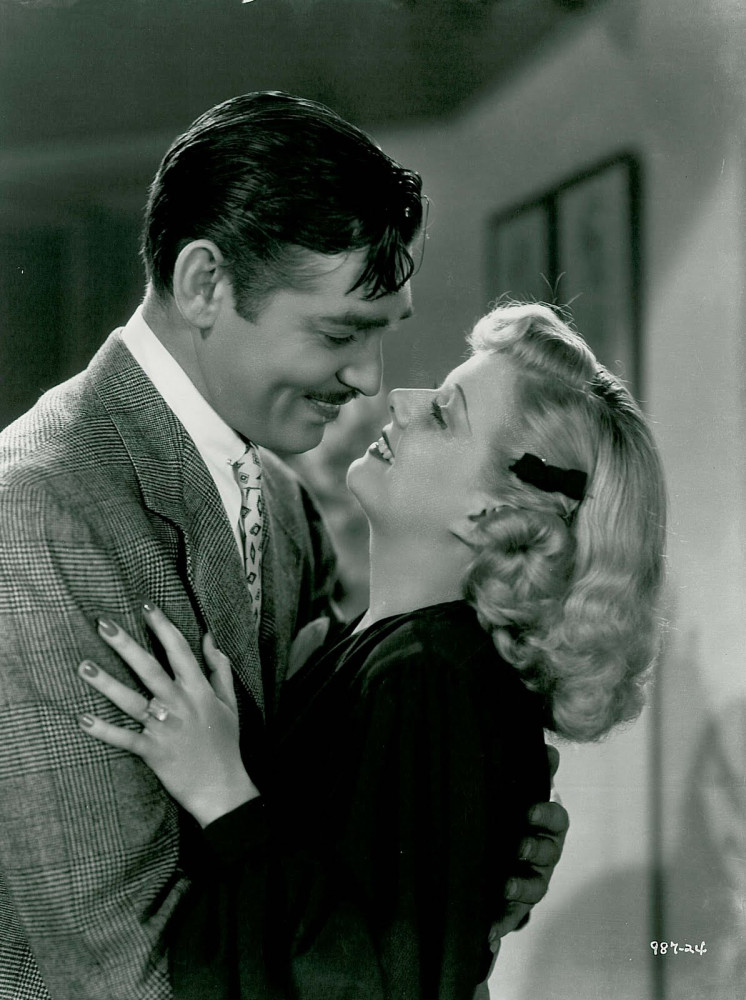 * 6 p.m. -- "Saratoga' (1937). This race-track tale was labeled a "comedy," but behind the scenes little was funny. An ill Harlow last worked on May 29 and died little more than a week later. Mary Dees filled in for the last shots, the film was completed, and it did terrific business for all the wrong reasons. With Walter Pidgeon and Lionel Barrymore.