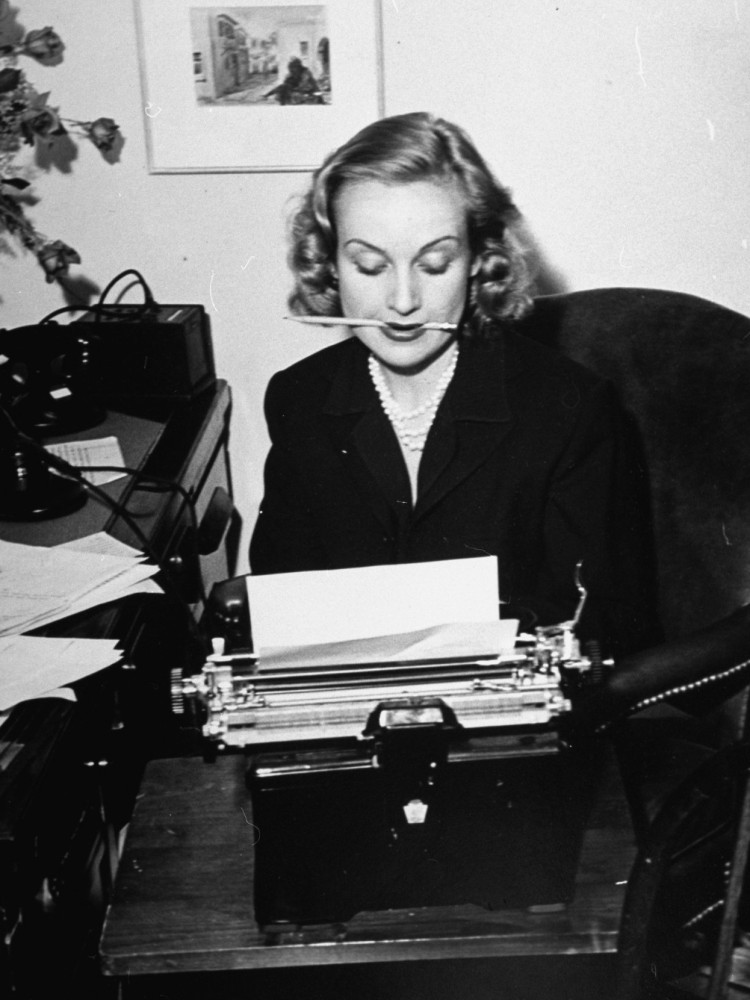 Hope you've had a good weekend; I know I have. It has to do with something Carole Lombard knew a lot about -- screenplays. Specifically, with something I received Friday night: 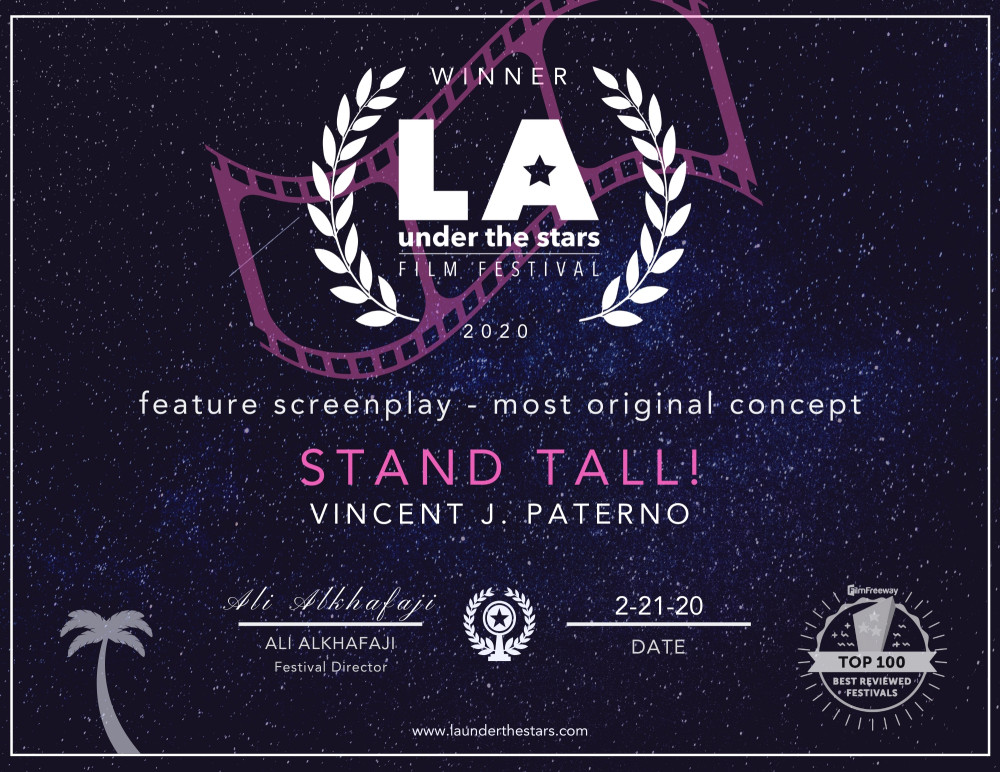 Yes, at the LA Under The Stars Film Festival, the award for feature screenplay -- most original concept went to my "Stand Tall!" 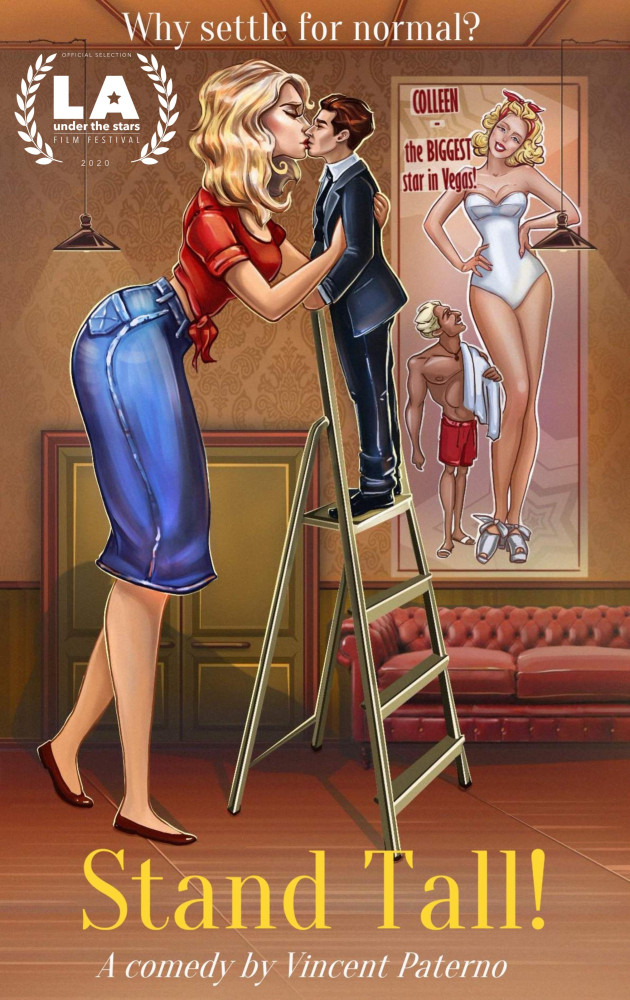 "Most original concept"? I suppose so; there haven't been too many romantic comedies where the leading lady is more than 2 1/2 times the size of her man. But while giant females have stomped around movie screens since the original 50-foot woman, Allison Hayes, began "attacking" drive-in customers in 1958, she and her oversized progeny were usually forces for destruction, not love.

Colleen Cossitt -- at 16-foot-1 1/8, a rather puny colossus -- is precisely the opposite. She wants to be loved, whether it be by audiences at the Las Vegas showroom where she's a supersized, popular singing and dancing headliner (as she tells a press conference, "I'm here to entertain people, not attack them") or by scientist Keswick Fletcher, whose lab accident tripled Colleen in size.

Fearful her transformation could be fatal, he looks out for and protects her; she comes to do likewise for him. The gentle giant's affection is put to the test when three of their rivals kidnap him, but she comes to the rescue of the man she affectionately calls "my little Keswick."

This is the second award for "Stand Tall!"; the first was at 2018's Die Laughing Film Festival, where Colleen was named best character in a screenplay, and I'm shown holding that award below. 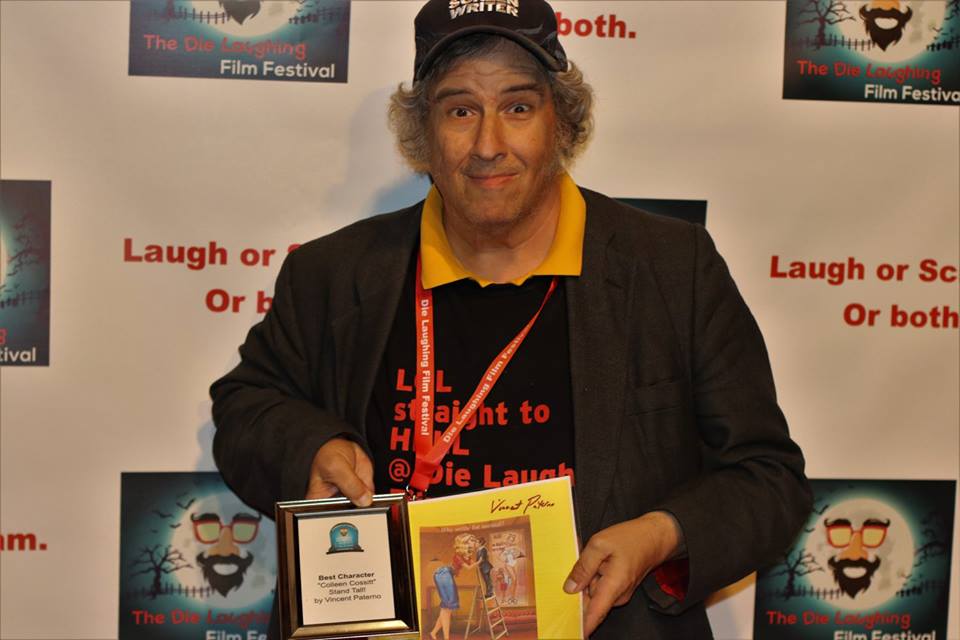 Photos of me with the new award were taken Friday, but they either didn't turn out correctly or they haven't yet been posted at the festival's Facebook page. In the meantime, read the script of this atypical love story (its tagline is "Why settle for normal?") at https://filmfreeway.com/projects/476988. And if you know some A-list talent or producers -- especially those specializing in romantic comedy -- spread the word about it.
Collapse