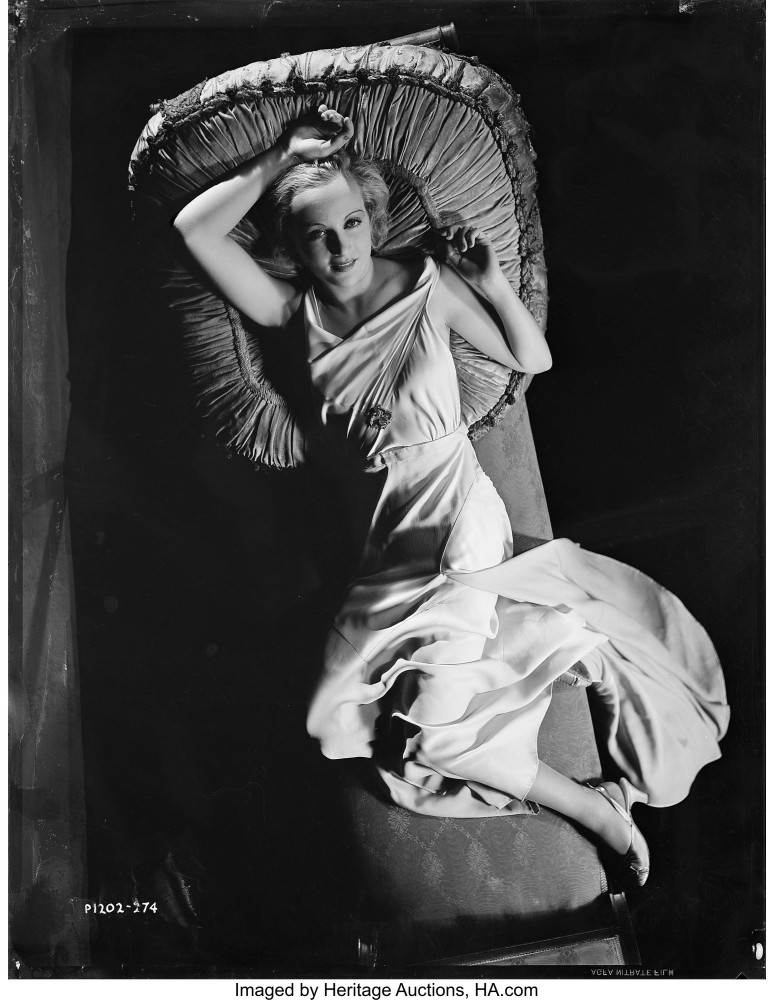 About 7 1/2 years ago, I played "casting director" with Carole Lombard, shown above in Paramount p1202-274. (And no, we're not referring to said "couch"; after Carole responded to that with her inventive invective, I'd be singed to a crisp.) Instead, I was participating in this... 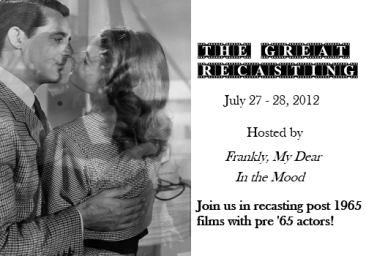 ..."The Great Recasting," a blogathon where participants placed Golden Age actors in more recent films. I did in fantasy what sadly never happened in real life -- Carole and Cary Grant as leads in a comedy. But here, they took the roles of Goldie Hawn and Steve Martin in 1992's "Housesitter" (https://carole-and-co.livejournal.com/530851.html). 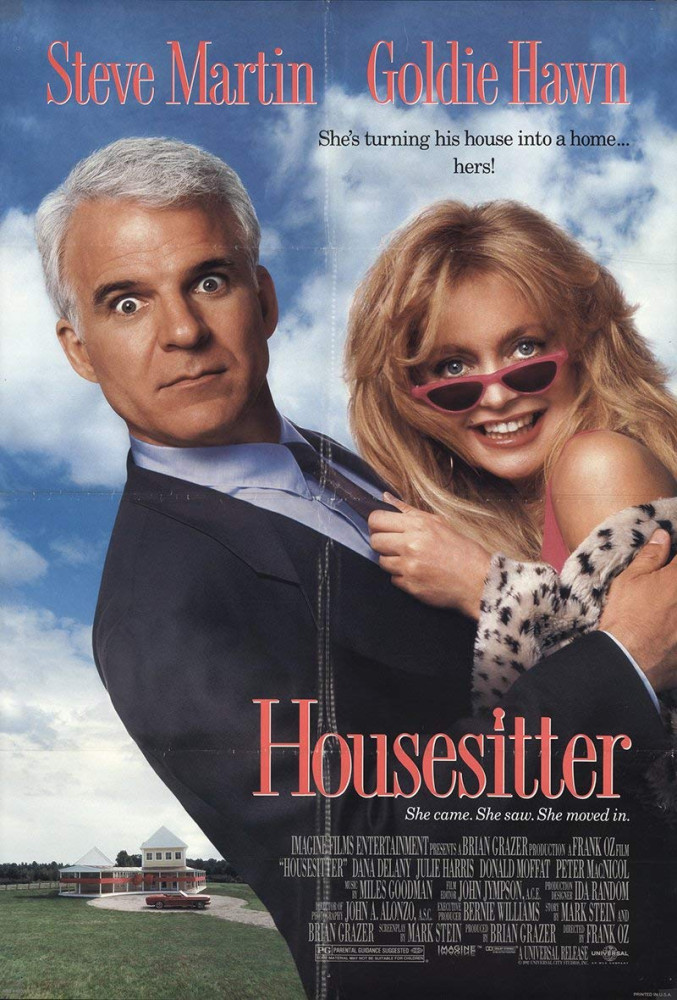 I didn't create a poster for it, but did for my next recasting blogathon, one I hosted. This time the premise was to put classic stars in silent movies: In this "Great Silent Recasting," I teamed Lombard and Myrna Loy -- again, a phantom real-life teaming -- for what a late 1928 version of the female buddy comedy "Outrageous Fortune" (1987, with Bette Midler and Shelley Long) might have been like (https://carole-and-co.livejournal.com/645254.html): In other words, the recasting game has been going on amongst bloggers for quite some time (though I haven't taken part in a blogathon of this sort for several years), but the other day at Twitter, look what I found: 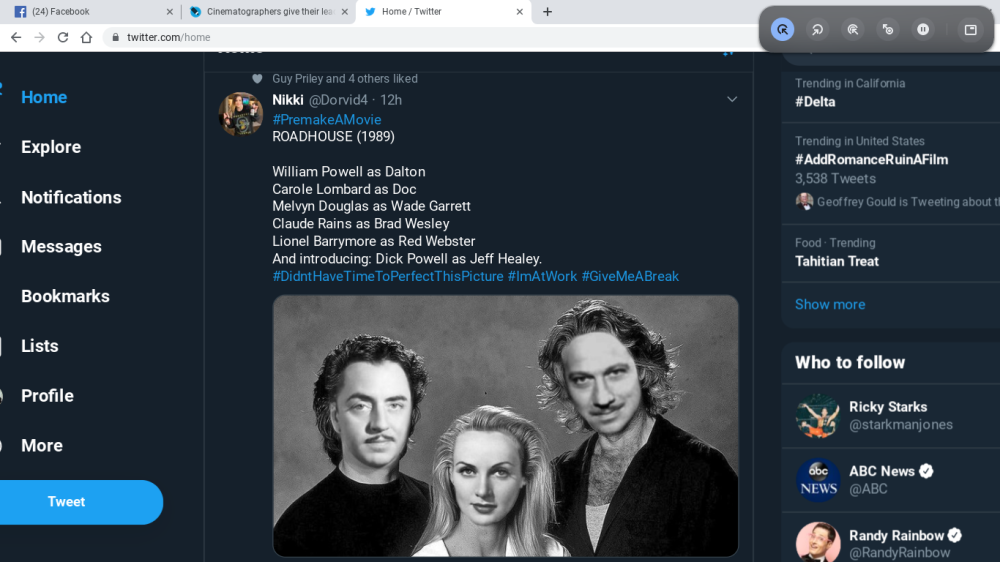 "Road House" is a 1989 Patrick Swayze movie that over the years has achieved quasi-cult status. Here's a list of the original cast, followed by some stills of the action: 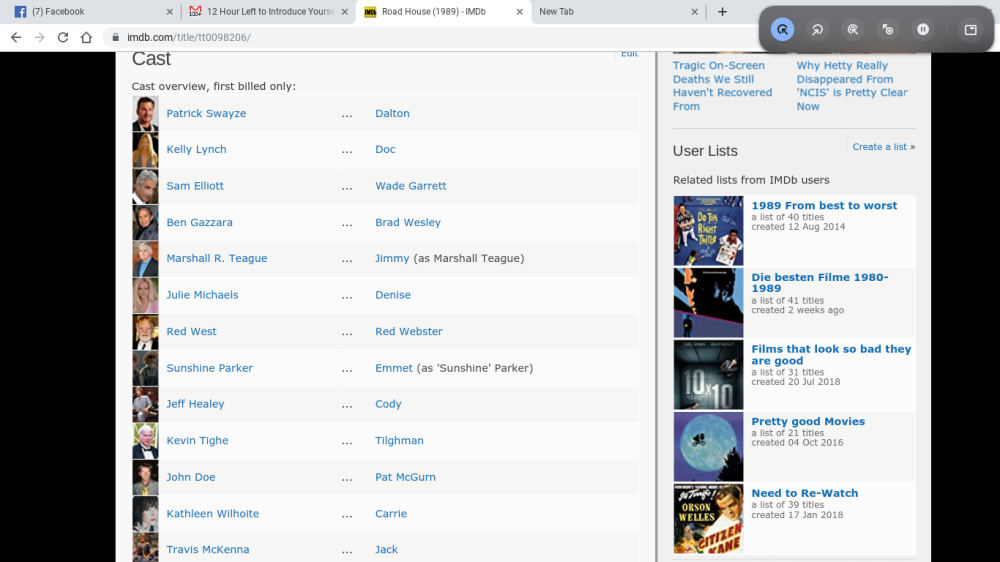 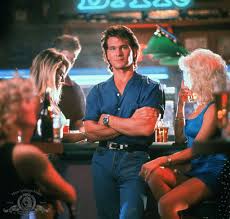 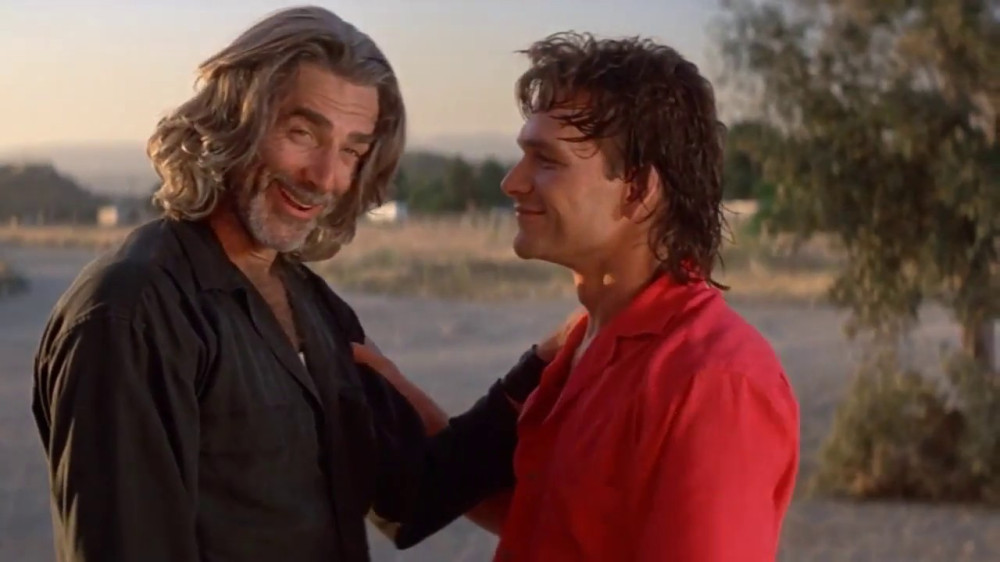 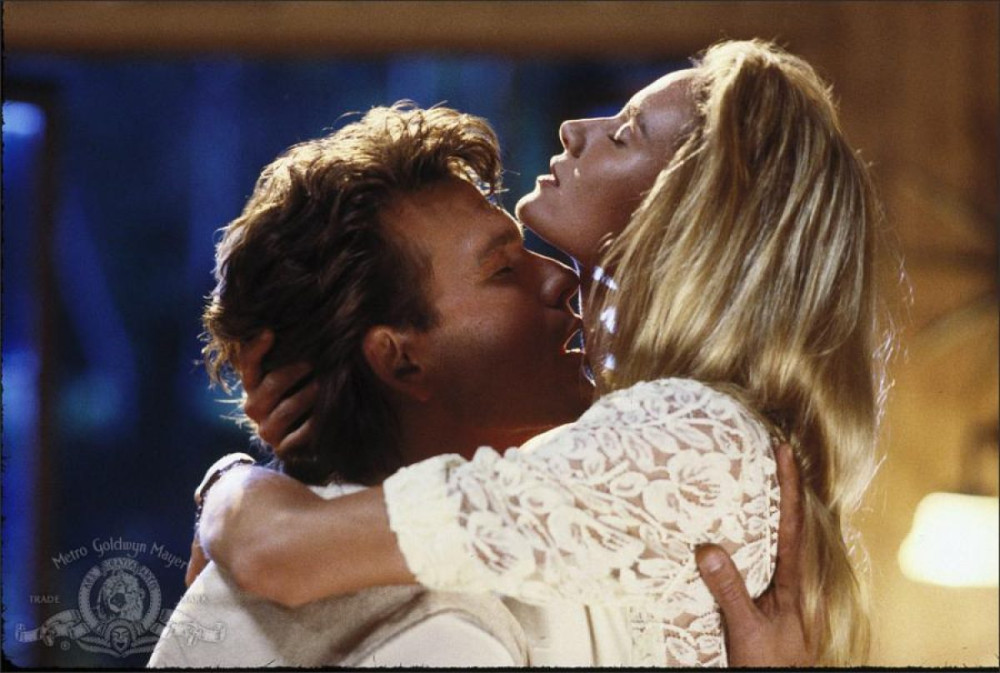 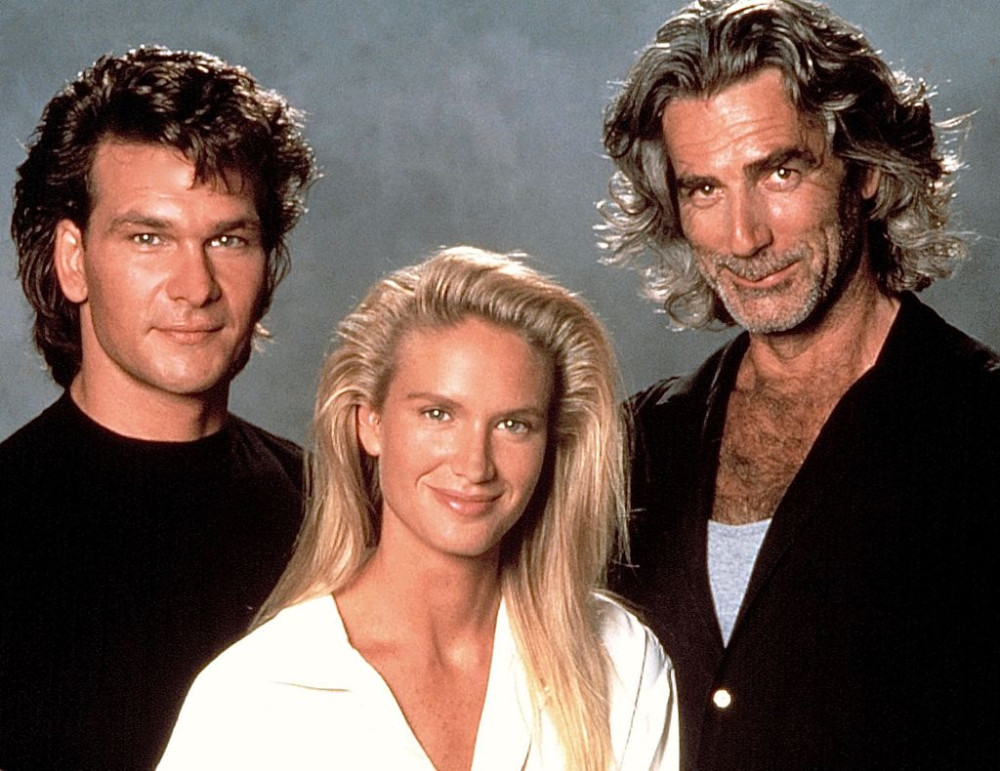 (Note the tweet photo has placed the faces of Powell, Lombard and Melvyn Douglas over Swayze, Kelly Lynch and Sam Elliott.)

I haven't seen the Swayze flick in some time, so I can't make an informed comment. (Casting the cerebral Powell as an action figure? Atypical for him, but he could use his fists on occasion.) However, a Twitter search revealed this has been a parlor game for some time: