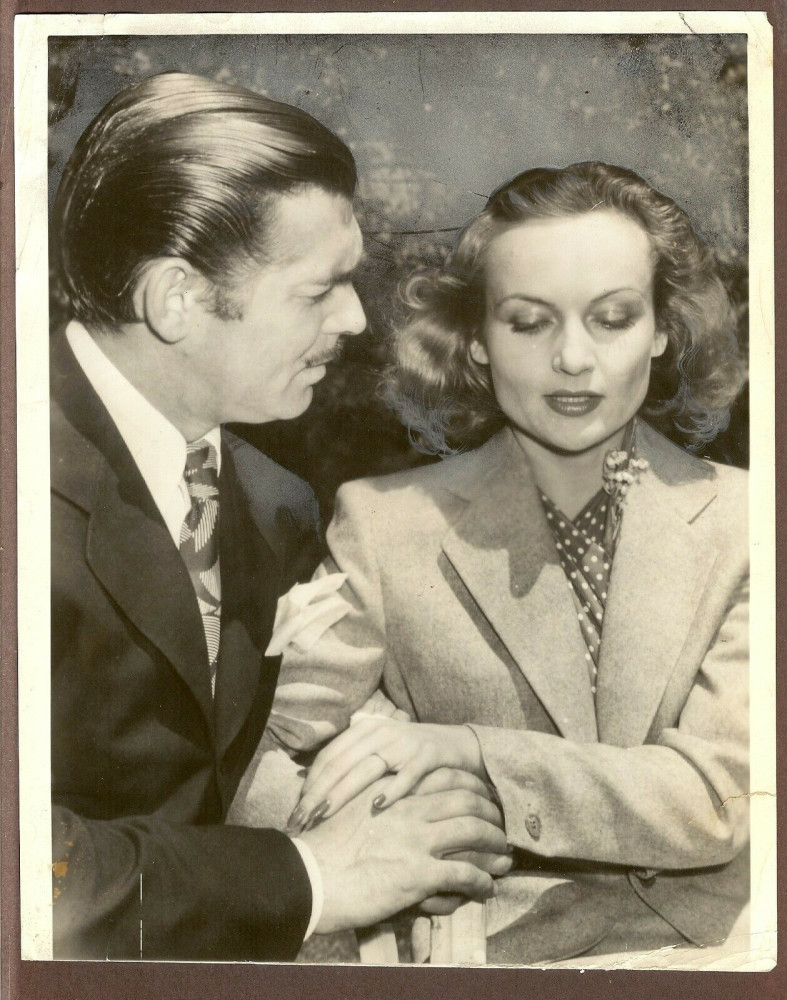 It's March 30, 1939, the day after Carole Lombard and Clark Gable put all the speculation to rest and finally married in neighboring Arizona, not long after they were given the legal ability to do just that. Now back in California, it was time to meet the Hollywood press...although many of them still were up the coast in San Francisco for the world premier of "The Story Of Alexander Graham Bell," starring Don Ameche, Henry Fonda and all four Young sisters (Loretta, Polly Ann, Georgiana and Sally Blane).

Lombard looks emotionally drained over the entire ordeal, for which you can't blame her...although Clark seeks to reassure her.

The above is an 8" x 10" original picture, said to be in "very good" condition; there is some surface and corner wear. The back doesn't have much: 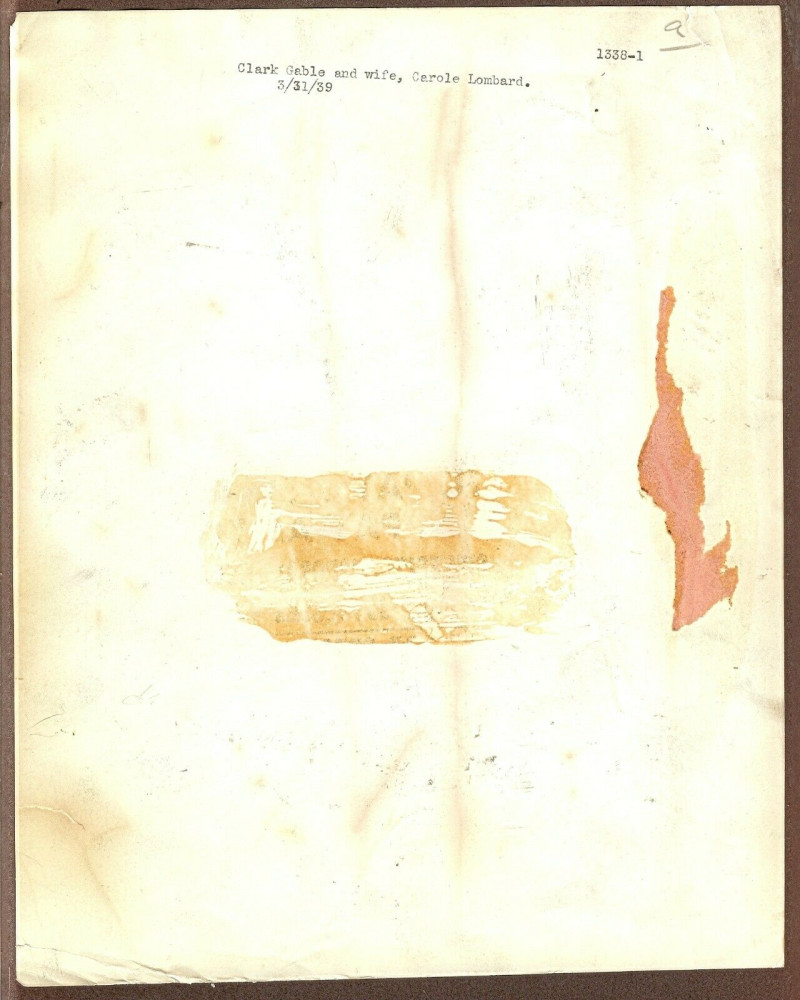 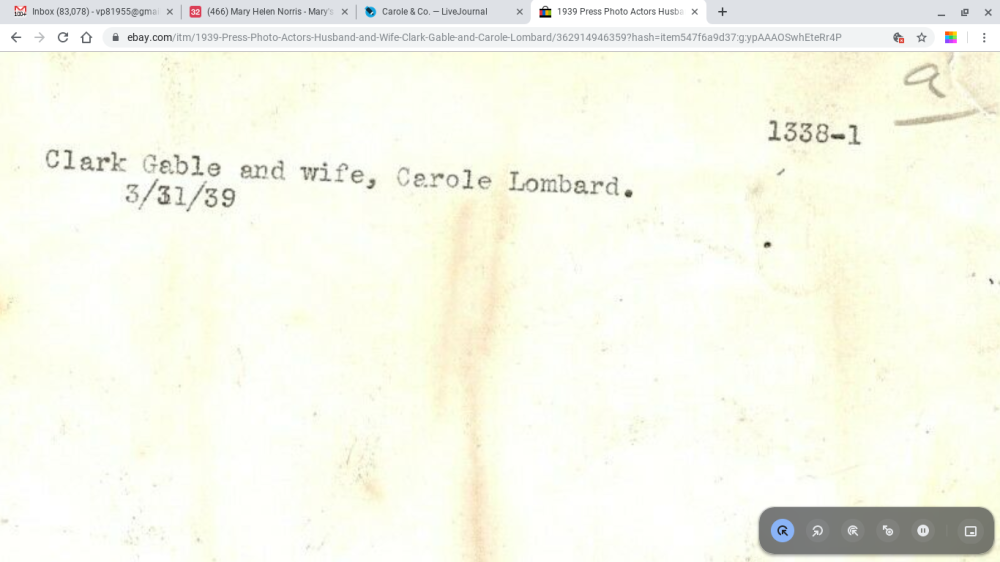 The March 31 date may refer to its day of publication.

The initial $9.99 bid is quite reasonable, though since this auction won't end for nearly a week, closing at 9:18 p.m. (Eastern) Saturday, bids may climb higher.

Try your luck at Clark and Carole wedding memorabilia by going to https://www.ebay.com/itm/1939-Press-Photo-Actors-Husband-and-Wife-Clark-Gable-and-Carole-Lombard/362914946359?hash=item547f6a9d37:g:ypAAAOSwhEteRr4P.
Collapse