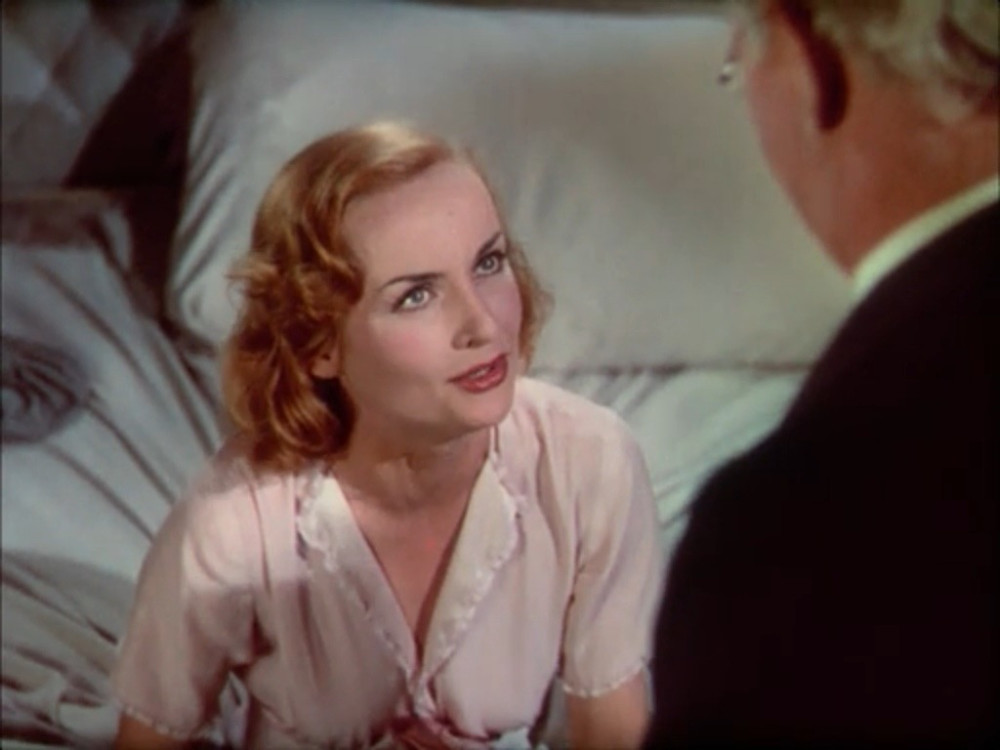 "Nothing Sacred" enabled Carole Lombard fans to see her for the first time in glorious three-strip Technicolor -- and in the screwball comedy genre she was so beloved in. Now we have proof her appeal transcended languages. 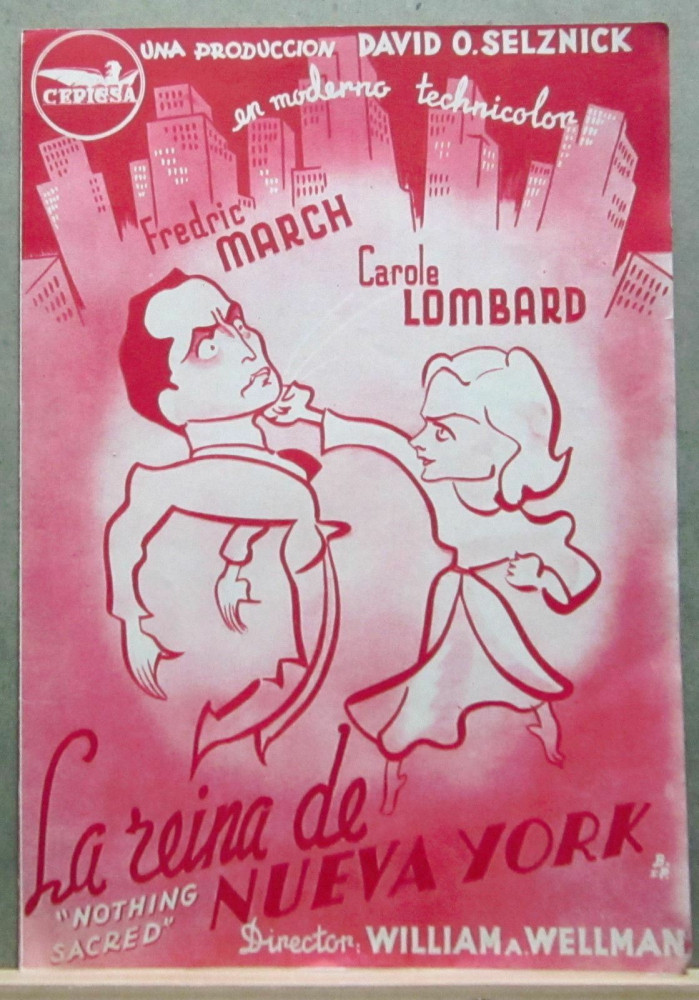 This is a Spanish-language pressbook for "Nothing Sacred." It apparently is comprised of four pages; here are the second and third: 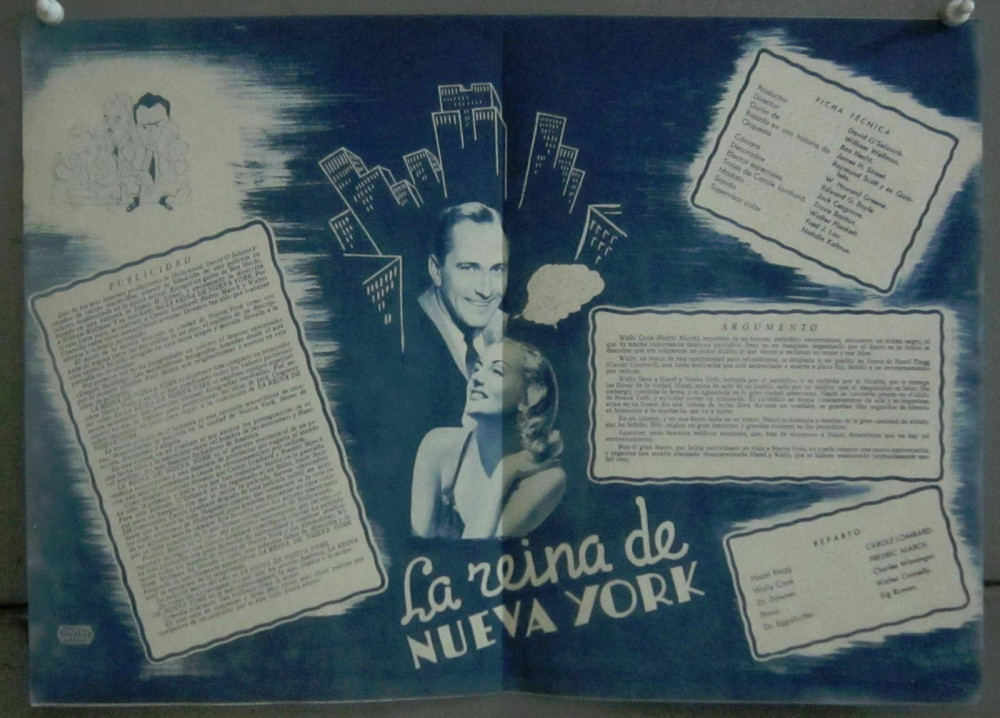 Doesn't seem like a lot -- but according to the seller, these measure 9" x 13", a bit bigger than a herald. I do not know whether this was for its release in Mexico or another Latin American country or for its release in Spain; it apparently didn't premiere in Spain until Nov. 25, 1946, nine years to the day after it opened in New York.

Whatever, you can buy this for $27.99. If interested, visit https://www.ebay.com/itm/G8589-NOTHING-SACRED-CAROLE-LOMBARD-FREDRIC-MARCH-original-SPANISH-PRESSBOOK/153827852355?hash=item23d0dac043:g:UAYAAOSwcDBeQUMM
Collapse