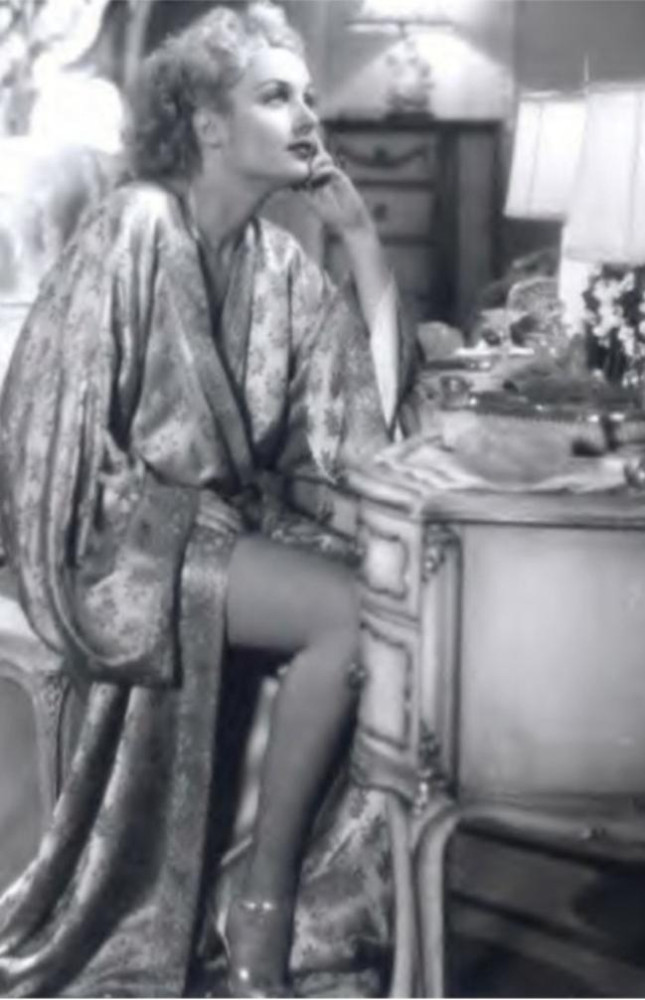 So when this pic came across Facebook, marked as "Carole Lombard"... 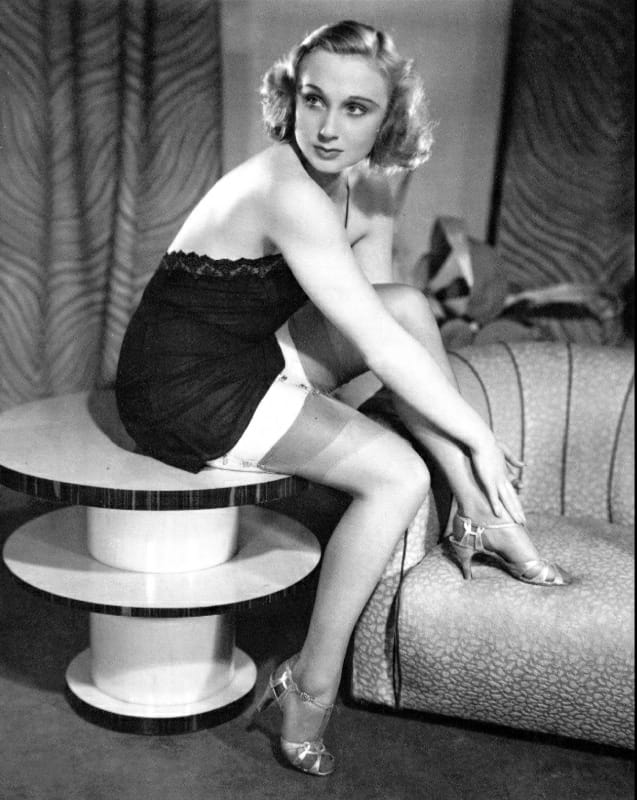 ...I at first glance accepted it -- the leg was shapely enough to be Lombard's. Then I closely examined the face, and began having my doubts. "Are you sure?" I responded. "The legs look like Lombard's, but I'm not sure of the face."

In the next hour, the person who put up the photo did a mea culpa (these things have happened to me too, BTW). "You are right, Vincent, it is not her," he replied. "I looked at the legs too!"

So who is our leggy mystery girl? Another respondent had the answer.

"I agree with Vincent, it is not Carole, but a very young and blonde Googie Withers in a publicity still for the British film 'Convict 99' (1938). Here is another still from that movie." 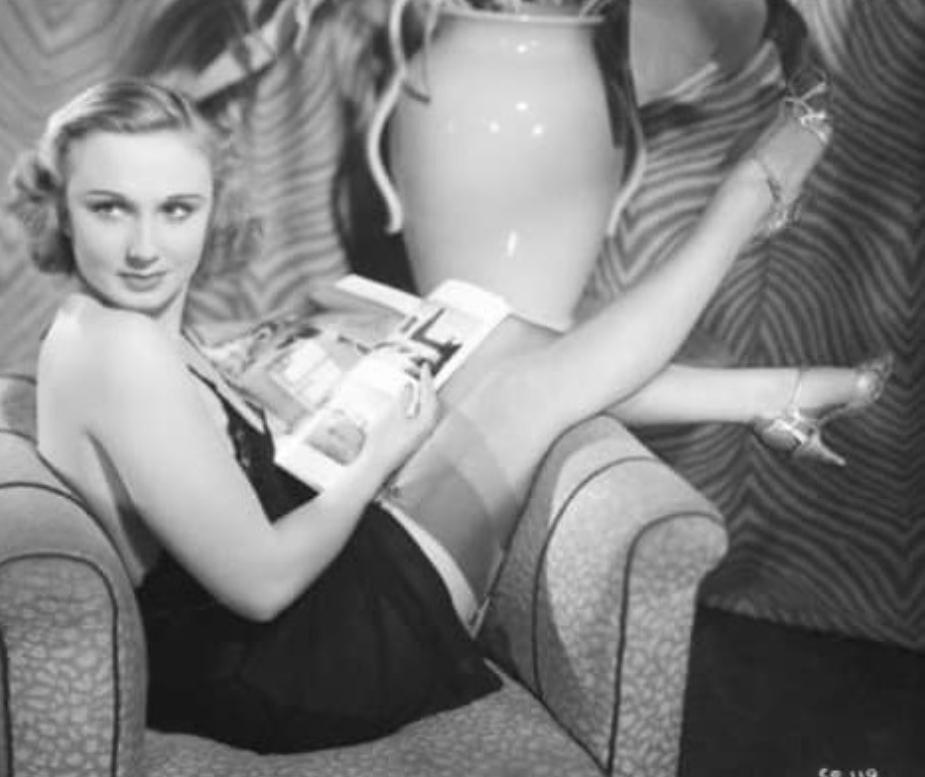 Not quite Carole, but close enough to cause confusion. (Although by 1938, the Production Code would've prevented Lombard or any other American actress from showing stocking tops and garters on screen or in authorized production stills.)

Perhaps it's the Angeleno I've become after nearly six years in town, but hearing the word "Googie" makes me instantly think of this, a futuristic architectural style born locally in the 1930s and popular through the mid-'60s. Examples include the LAX theme building and a Union 76 service station in Beverly Hills: 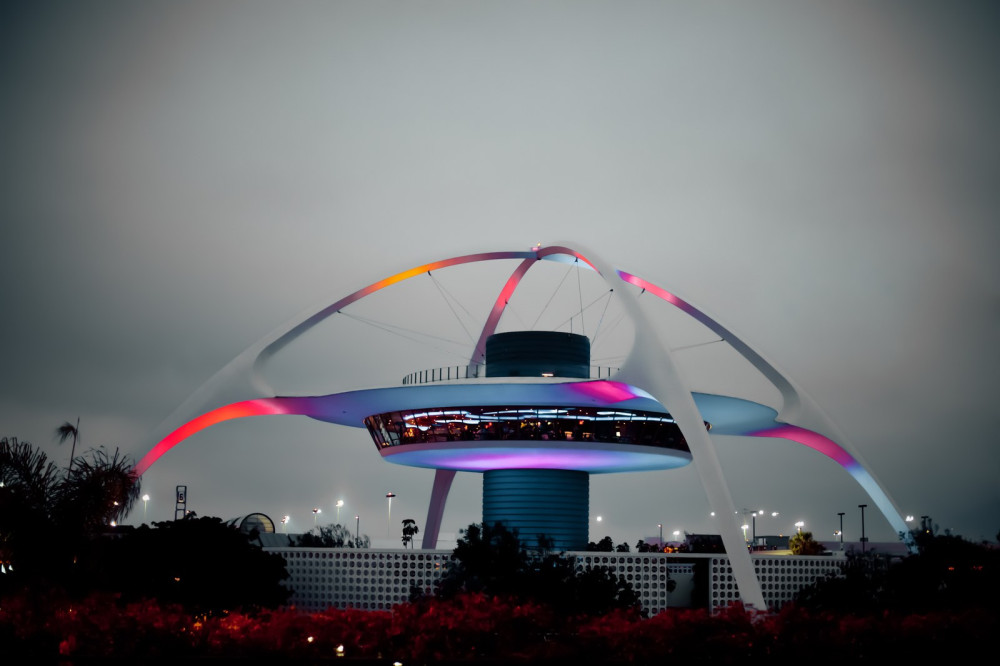 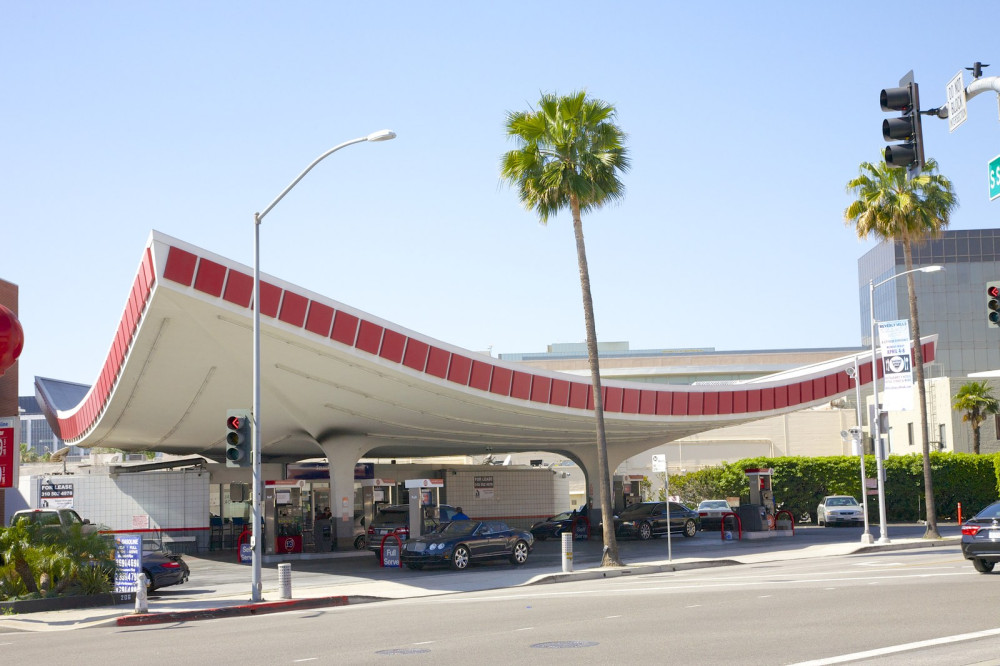 The human Googie, here with more clothes on: 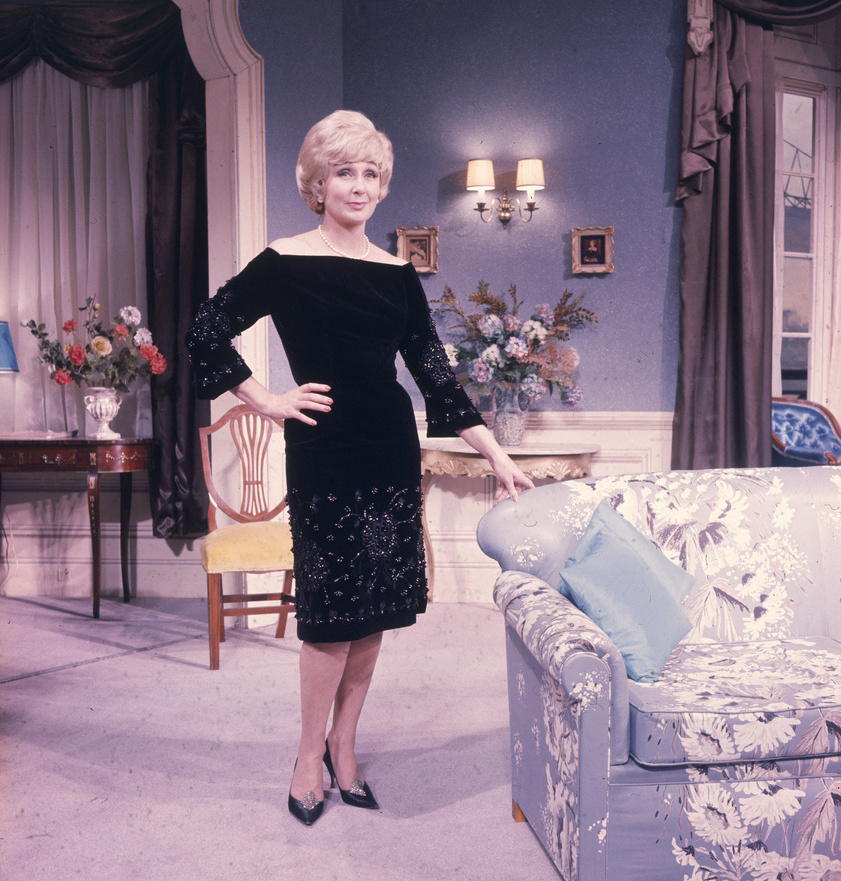 Born Georgette Lizette Withers in Karachi (then part of British India) in 1917, she was given the nickname "Googie" (Hindi for "little pigeon") by her Indian nanny. Withers began acting in British films in 1935 and played a supporting role in Alfred Hitchcock's 1938 hit "The Lady Vanishes."

Known mostly as a comedic actress, Googie branched out into drama in Powell and Pressburger's "One Of Our Aircraft Is Missing" (1942), playing a Dutch resistance fighter. In 1947, she worked with and then married actor John McCallum; they remained a couple until his death in 2010. They moved to Australia in 1959, where Googie became a leading stage player before turning to Aussie film and TV. She died in 2011.
Collapse