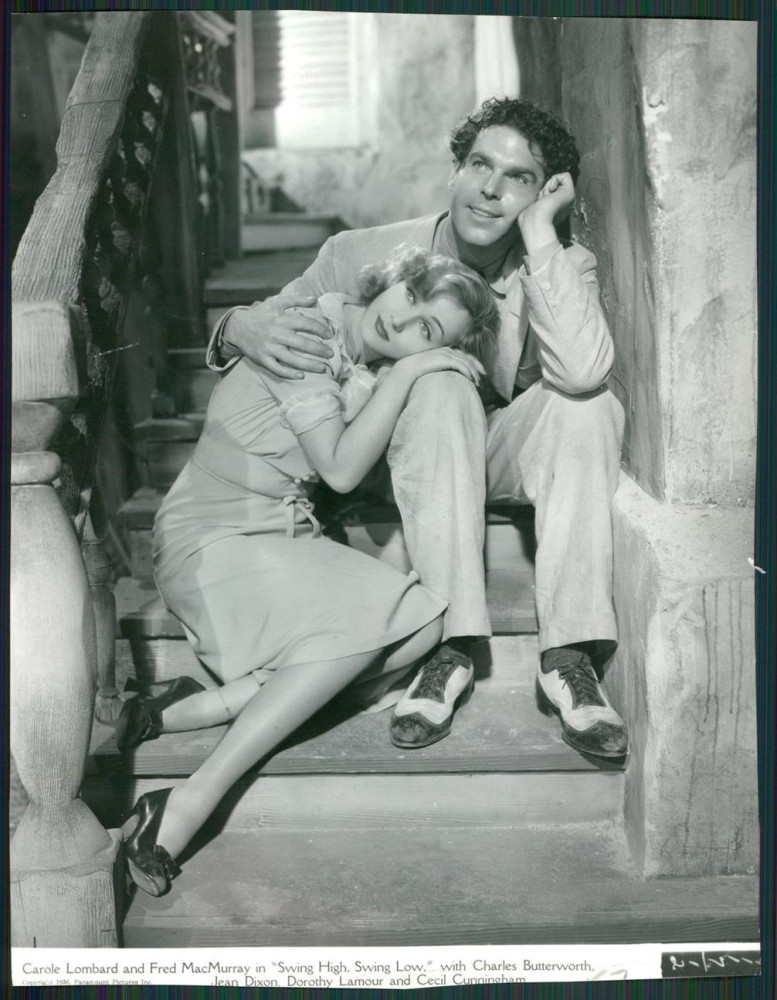 Is "Swing High, Swing Low" perhaps Carole Lombard's most overlooked hit? Released in early 1937, this musical drama with Fred MacMurray -- the only film where Lombard sings for herself, no dubbing done -- became an unorthodox smash (Paramount's biggest money-maker for the entire year). Alas, for several reasons, no complete 35mm print exists; it fell into public domain, and some of the footage was only available in a 16mm print belonging to director Mitchell Leisen.

But in the fall of '37, Paramount was preparing for the British debut of "Swing High," and worked with the UK movie magazine Picture Show to promote the release. Part of the campaign included the above image...but done in color for its Oct. 2 issue: 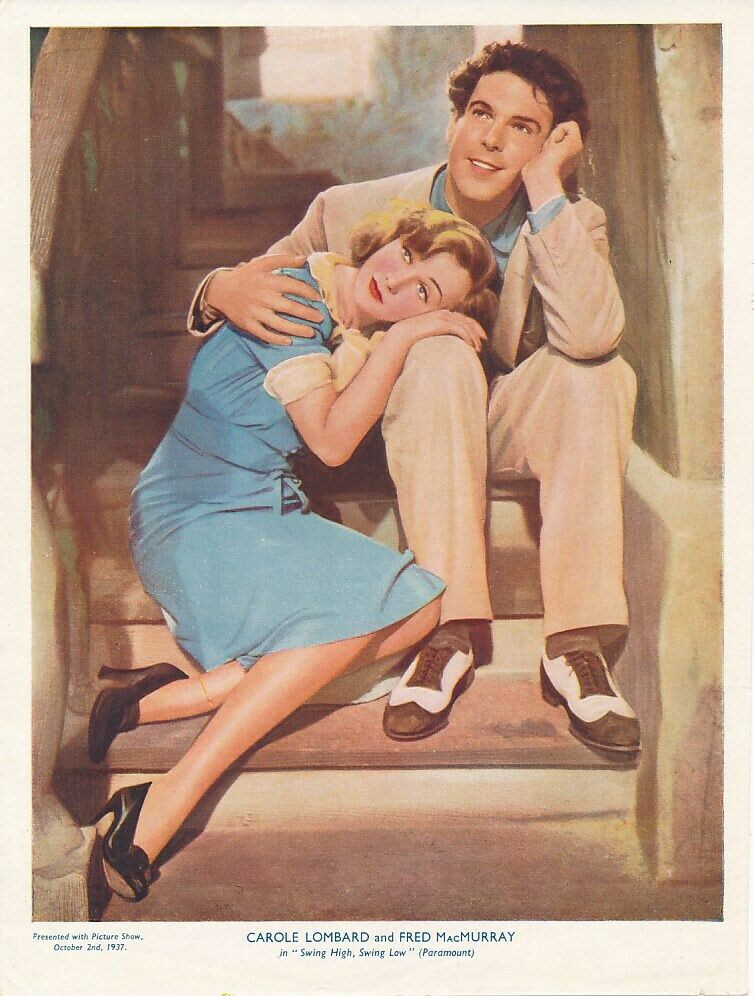 The color tinting is pretty effective; it's an 8" x 10" image printed on regular thickness paper, in excellent condition. It's from the Marvin Paige collection, and it can be yours.