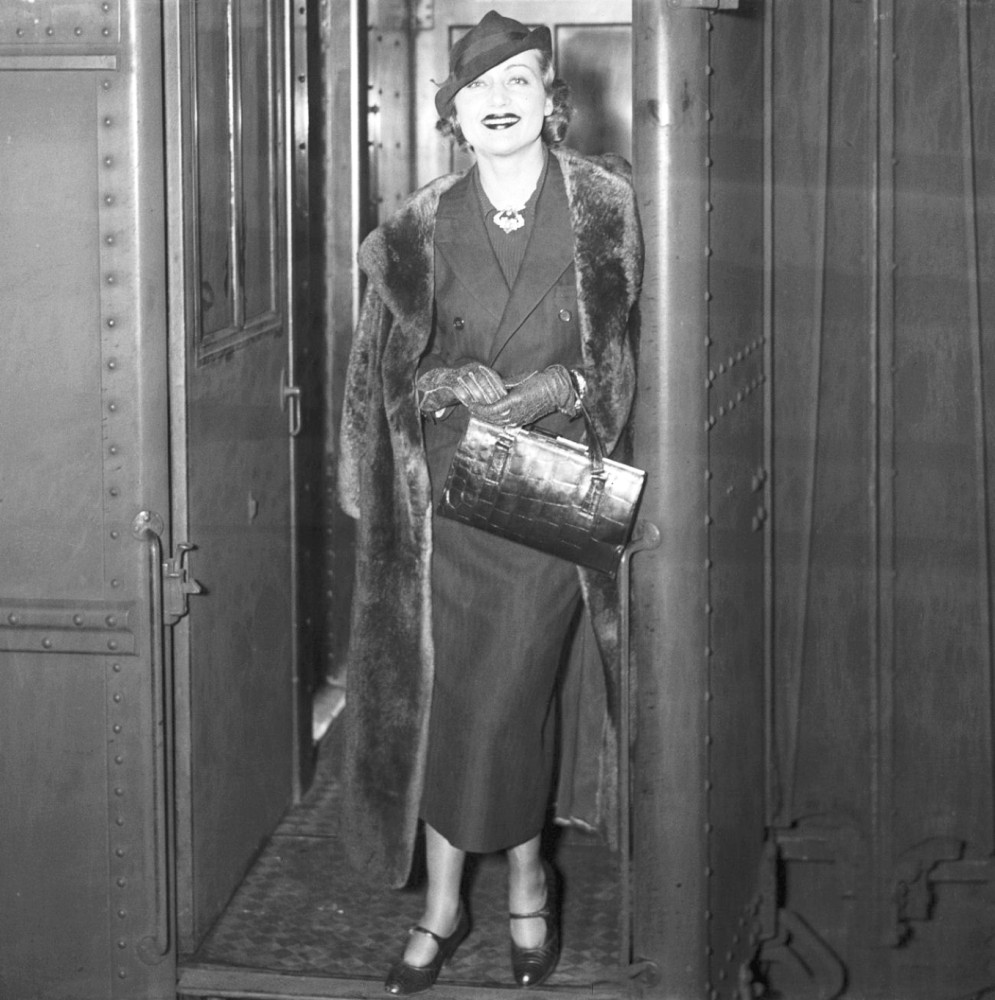 While we now think of Carole Lombard in terms of the plane crash that claimed her life in 1942, she also was experienced in train travel, as most Americans of her era were. (She's shown arriving at New York's Pennsylvania Station in January 1935.) We now can show you how Lombard rode the rails...with cars from her fateful final trip east in January of '42.

Carole traveled from Union Station in Los Angeles to Chicago aboard Union Pacific's "The City of Los Angeles." 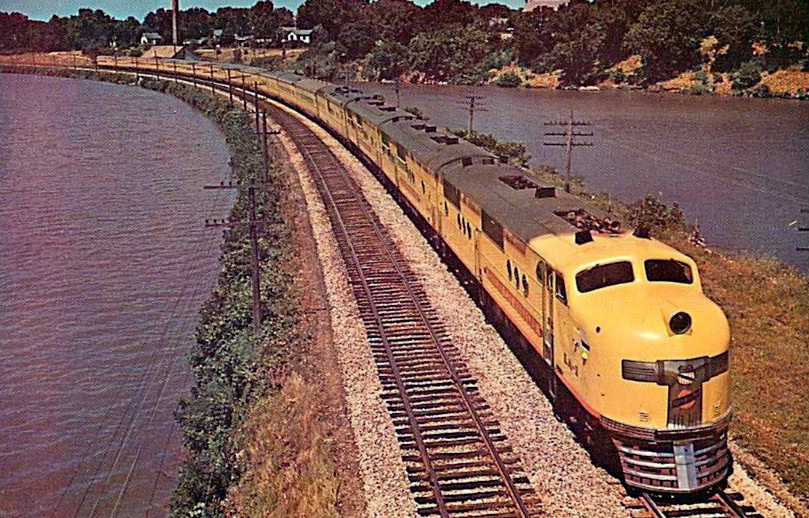 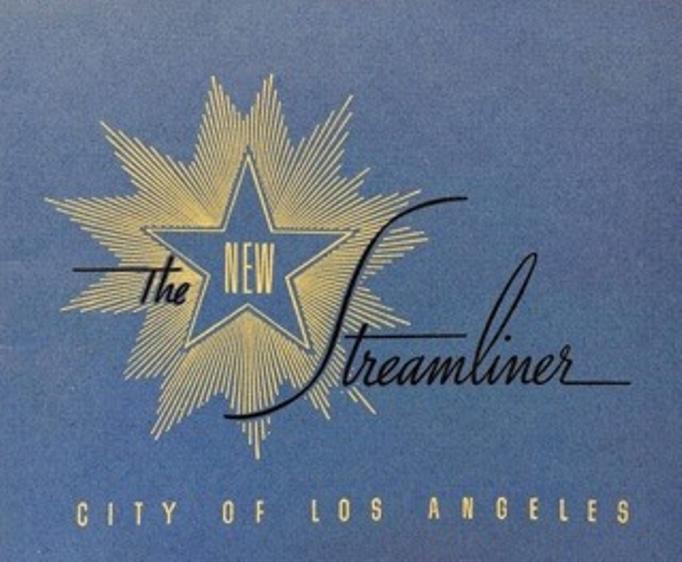 Carole and her associates -- her mother, Elizabeth Peters, and MGM publicist Otto Winkler -- spent two nights in the Rose Bowl sleeping car, which was comprised of 18 roomettes. A 1940 Union Pacific brochure, courtesy of Lombard researcher Brian Lee Anderson, shows what accommodations were like: 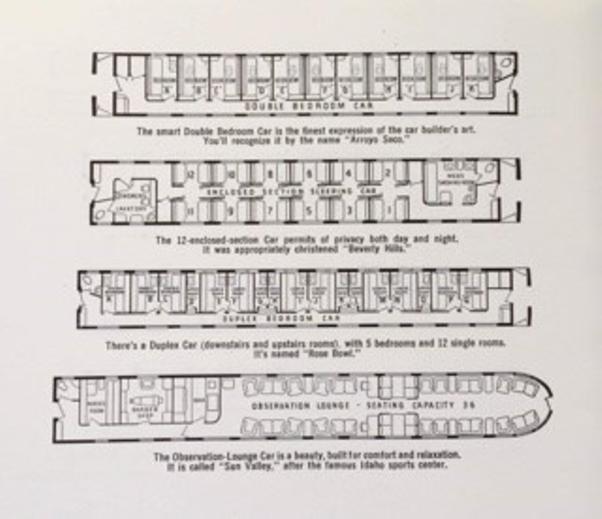 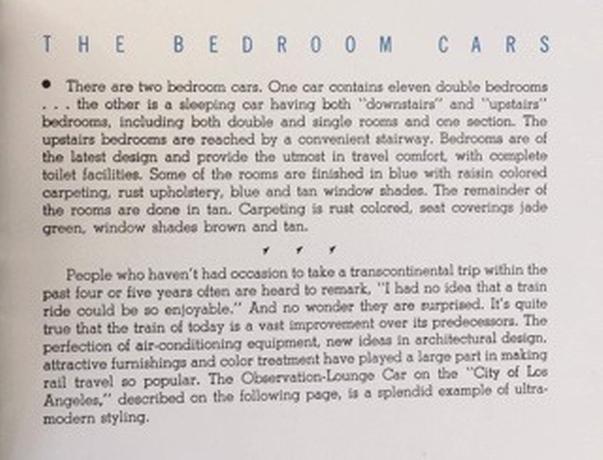 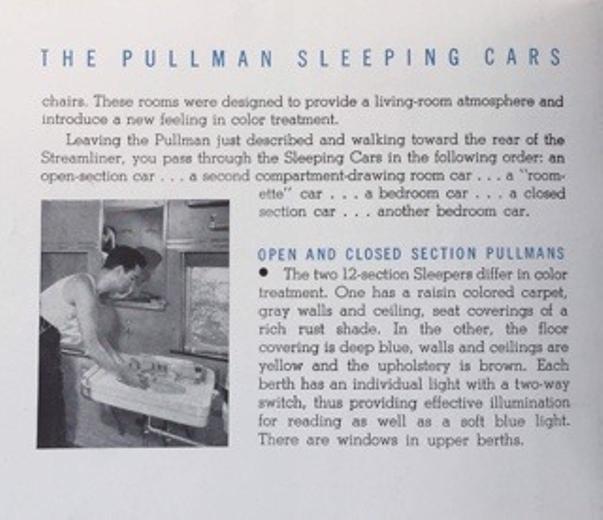 According to Anderson, Lombard's party used three roomettes: One for Carole and her mother, one for Winkler, and a third for their luggage. While we don't know the specific roomettes they used, we can show you what their accommodations looked like, as the Rose Bowl car is currently at the Travel Town Museum in Griffith Park, Los Angeles. 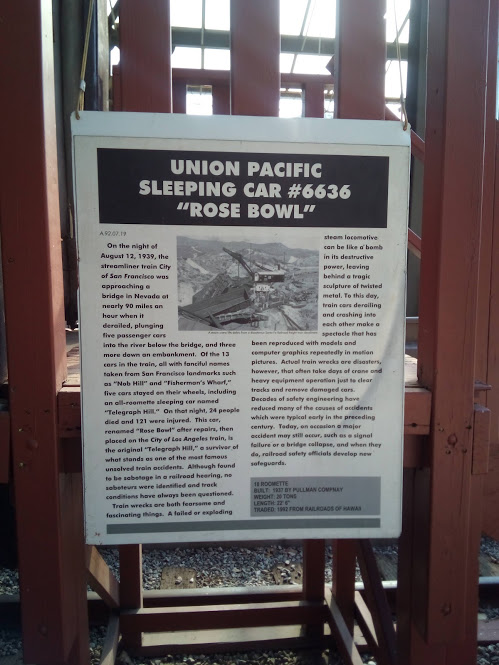 On Wednesday, I was allowed inside the sleeper, which is in the process of being restored. Here's what the car looked like: 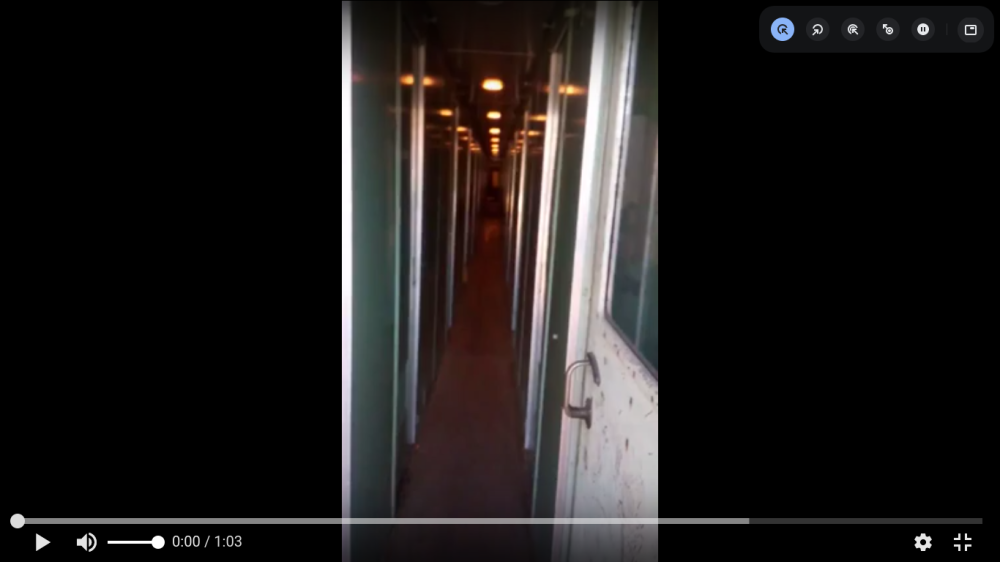 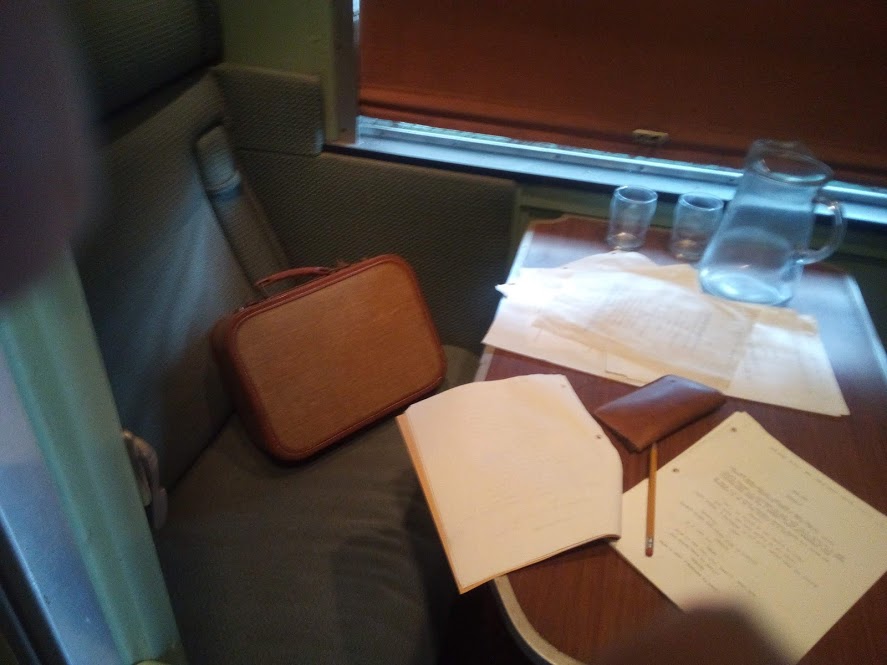 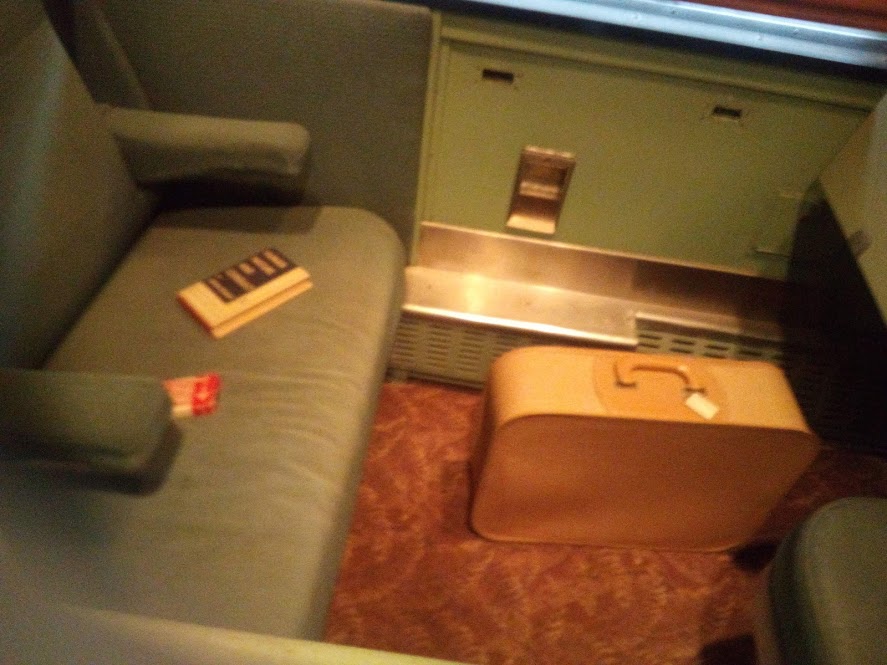 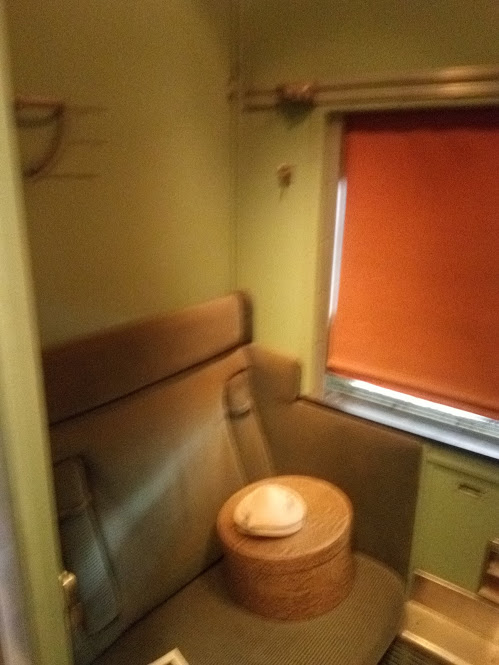 A stylish, comfortable way to travel 2,000 miles, doncha think? And when it came time to eat, they went next door, to the "Little Nugget" dining car (that's a cardboard cut-out of the car's manager): 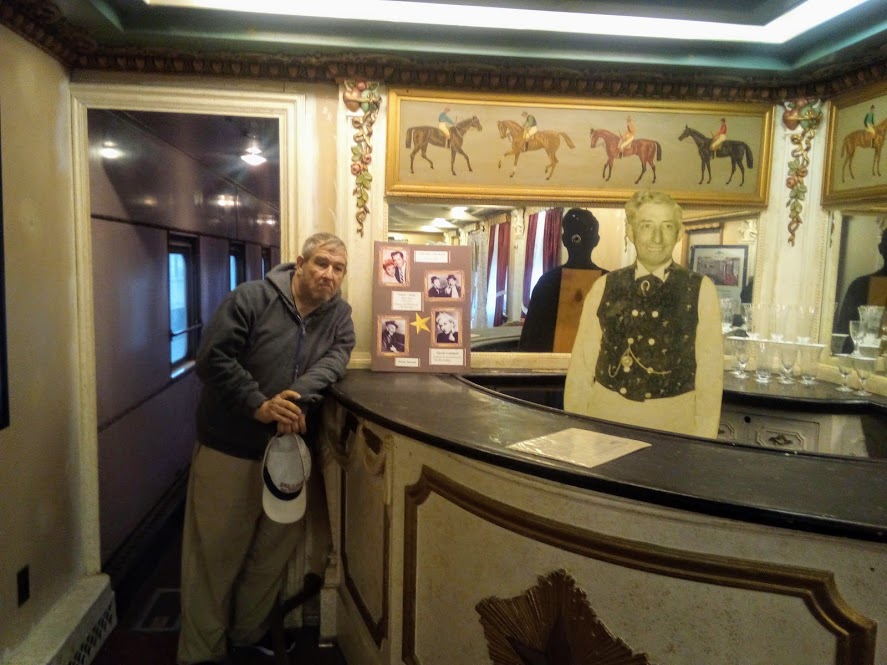 Lombard had ridden this route before, as records show she was among many members of the cinema crowd who had dined in this car before Pearl Harbor: 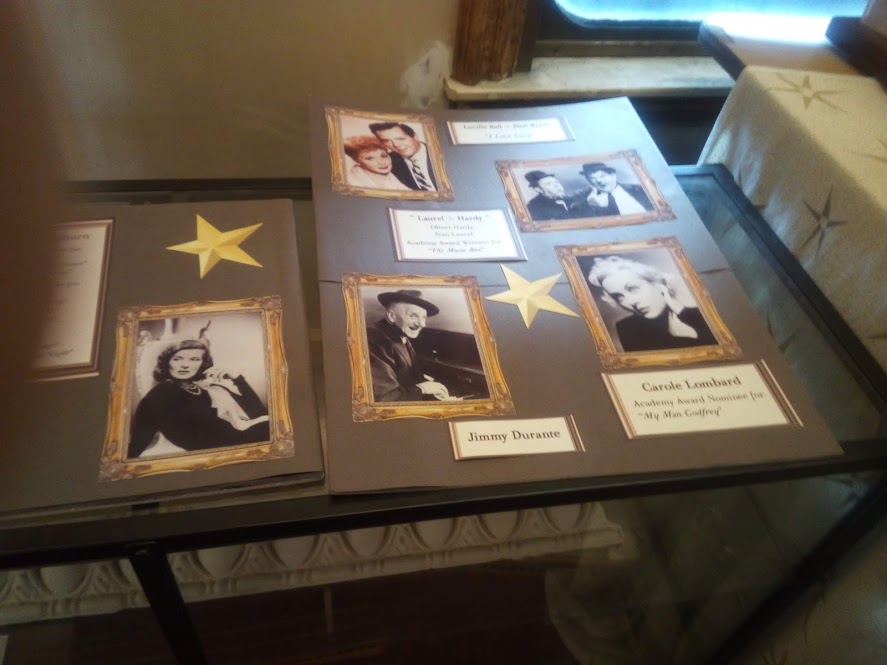 The Travel Town Museum is at the northern tip of Griffith Park and features an array of train cars from various eras and railroads. Admission is free. There are also exhibits on other modes of transportation throughout southern California history, as well as one on Fred Harvey, whose restaurants fed many a rail passenger visiting the West. His employees were immortalized in the 1946 Judy Garland screen musical "The Harvey Girls": 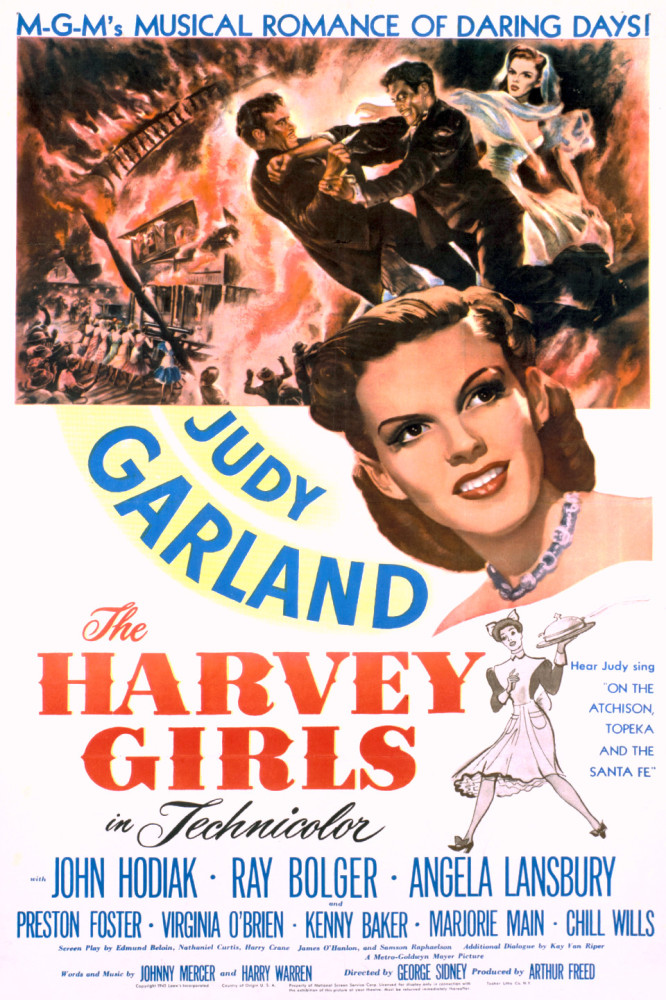 Griffith Park, which has all sorts of activities -- a zoo, a golf course, museums (including the Autry Museum of the American West), even pony rides for the kids -- can be reached without a car via Metro's 96 bus line between downtown and Burbank's Metrolink station. However, a word of warning: If you're headed to Travel Town, be prepared for a walk of more than half a mile from the closest bus stop. The good news is that on weekends, that is moot. 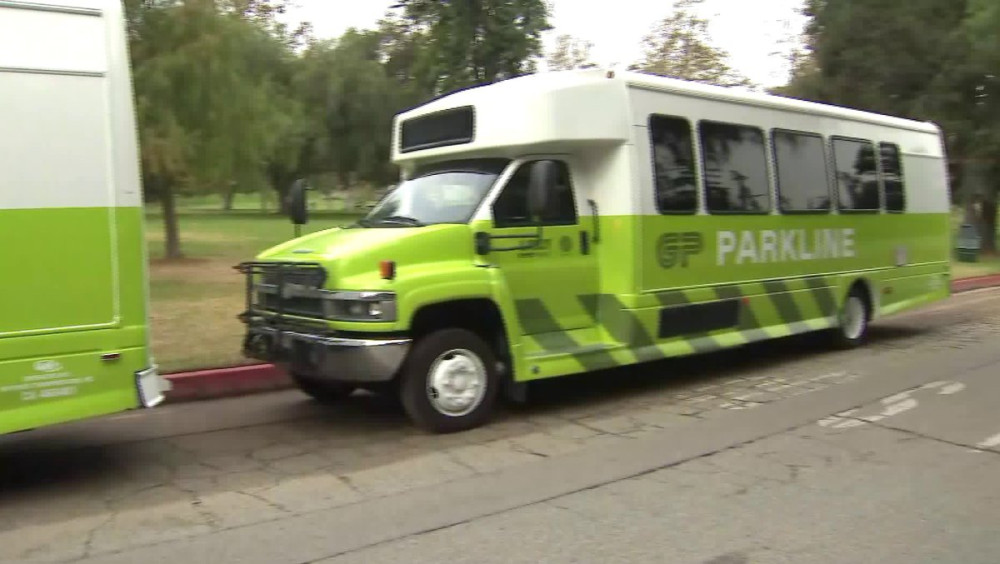 Last month, the Parkline shuttle was instituted, covering heretofore distant stretches of this fabulous park, including the famed observatory. 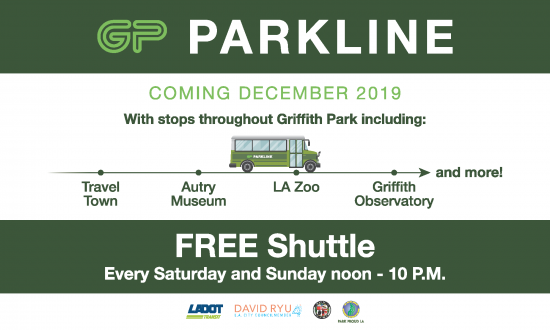 Find out more about Travel Town by visiting https://www.traveltown.org/. And if you'd like to help restore its array of vintage rail cars, volunteers are always welcome.
Collapse