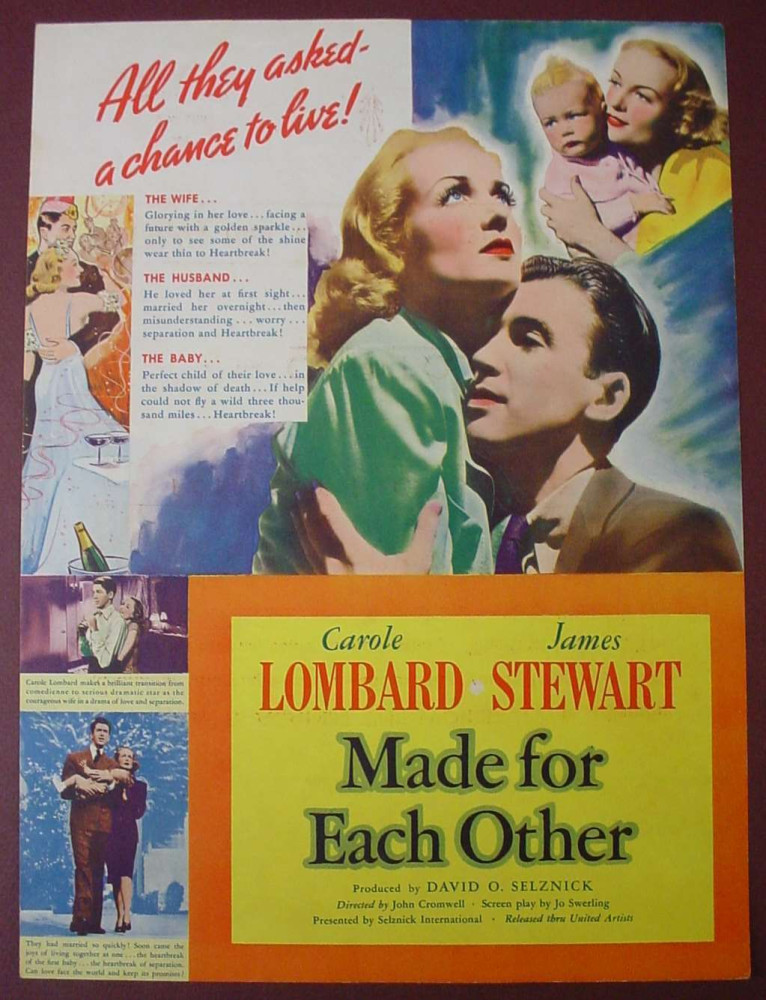 "Made For Each Other" signaled a significant shift in Carole Lombard's career, as she chose to set aside her status as an ace comedienne to show she could pull off dramatic roles.

Top-billed over up-and-coming James Stewart when this was released in January 1939 (that would change by year's end, as Stewart's '39 was nearly as good a calendar year as William Powell's 1936), it drew considerable if not universal praise (detractors decried its incredulous third act), but didn't overpower at the box office.

This clearly wasn't the Lombard many wanted to see, despite the failure of "Fools For Scandal" the previous year. Nevertheless, she has wonderful chemistry with Stewart, and while they teamed up several times on radio, this was their only screen collaboration. 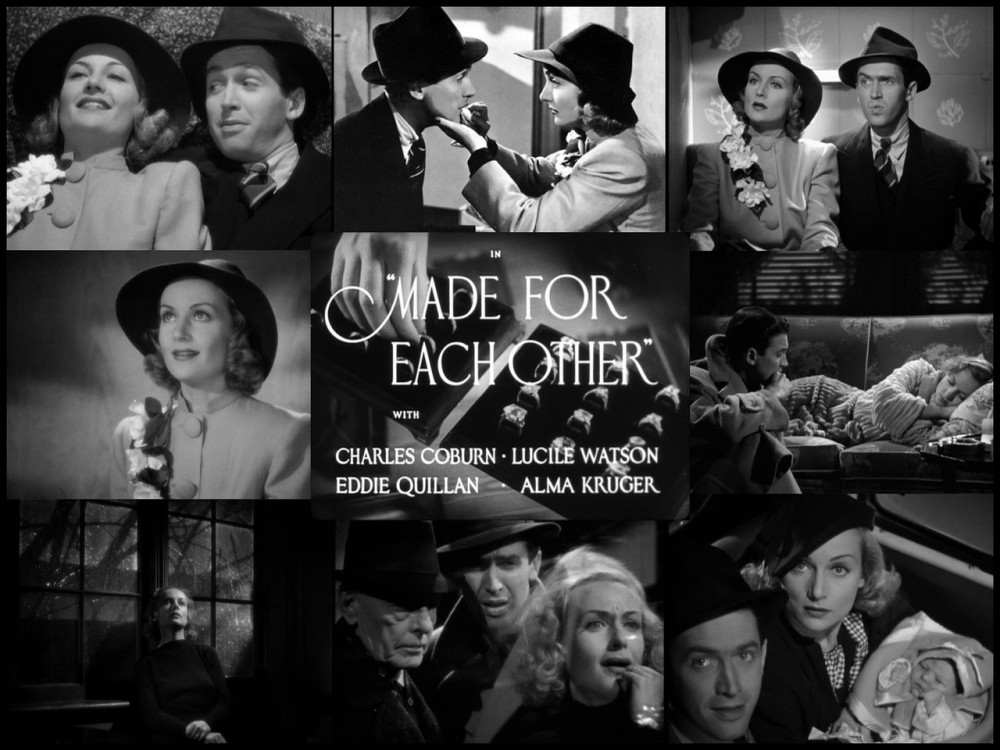 If you're in northern California, you'll have the opportunity to judge for yourself in several weeks. That's because the Town Square Library in Vacaville -- a city of 100,000, roughly halfway between San Francisco and Sacramento -- will show "Made For Each Other" at 6:30 p.m. Feb. 13, the night before Valentine's Day. Not only will it be free, but there will be complimentary refreshments and love-themed treats. Sounds fun.