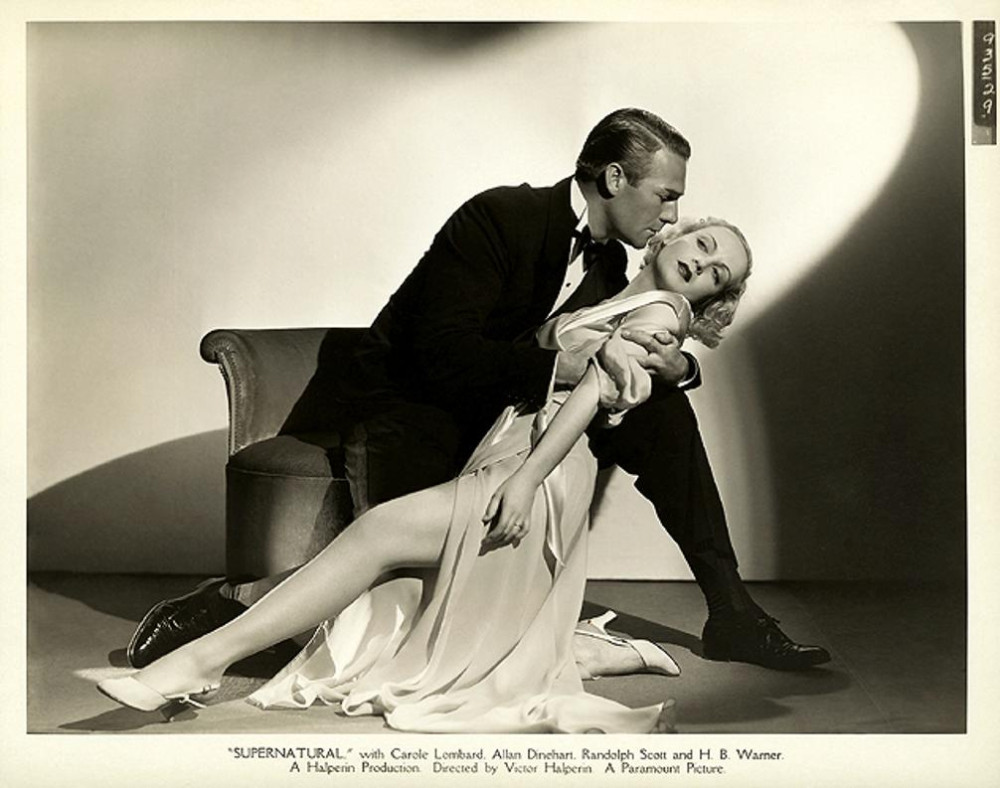 "Supernatural" is an anomaly in Carole Lombard's cinematic canon. Made in early 1933 when neither Paramount nor Lombard herself had yet defined herself on screen (she's shown above in a publicity still with co-star Randolph Scott), it was a drama with elements of horror and the occult, neither of them genres Lombard felt at ease in. Consequently, Carole frequently quarreled on the set with director Victor Halperin, leading to a largely apocryphal anecdote relating to the March 10, 1933 earthquake that rattled southern California (https://carole-and-co.livejournal.com/6116.html).

Nevertheless, the film has some fans, and here's an eBay item related to it: 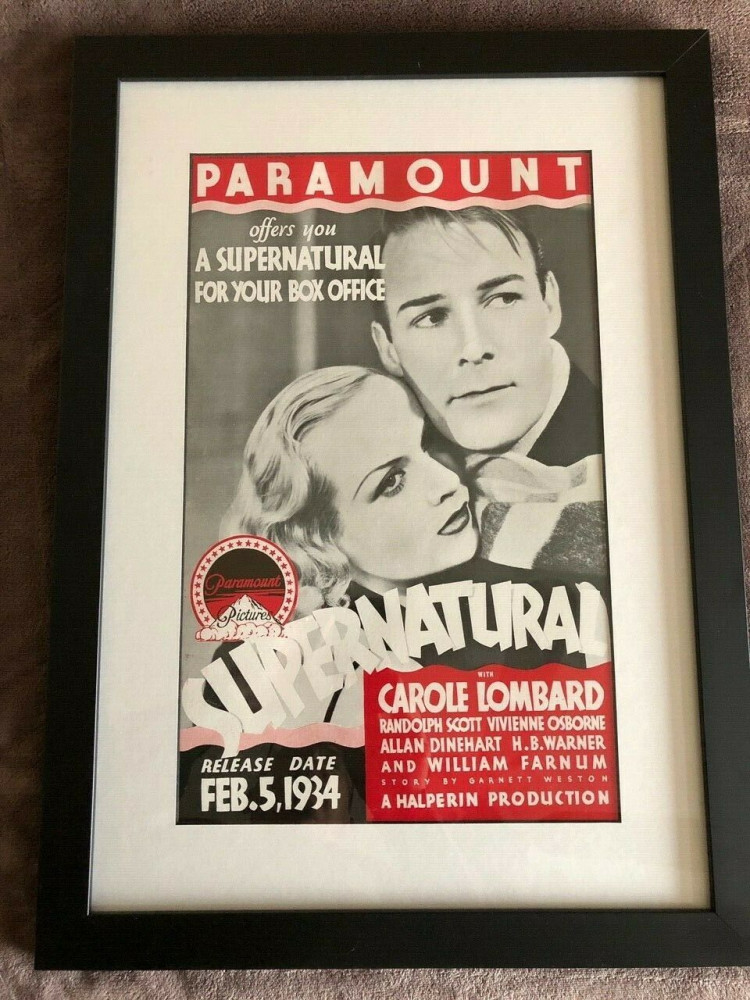 This is an ad from the Sept. 7, 1933 British trade paper Kinematograph Weekly, promoting that "Supernatural" would hit UK shores the following February. The magazine's title can be found in the upper left-hand corner: 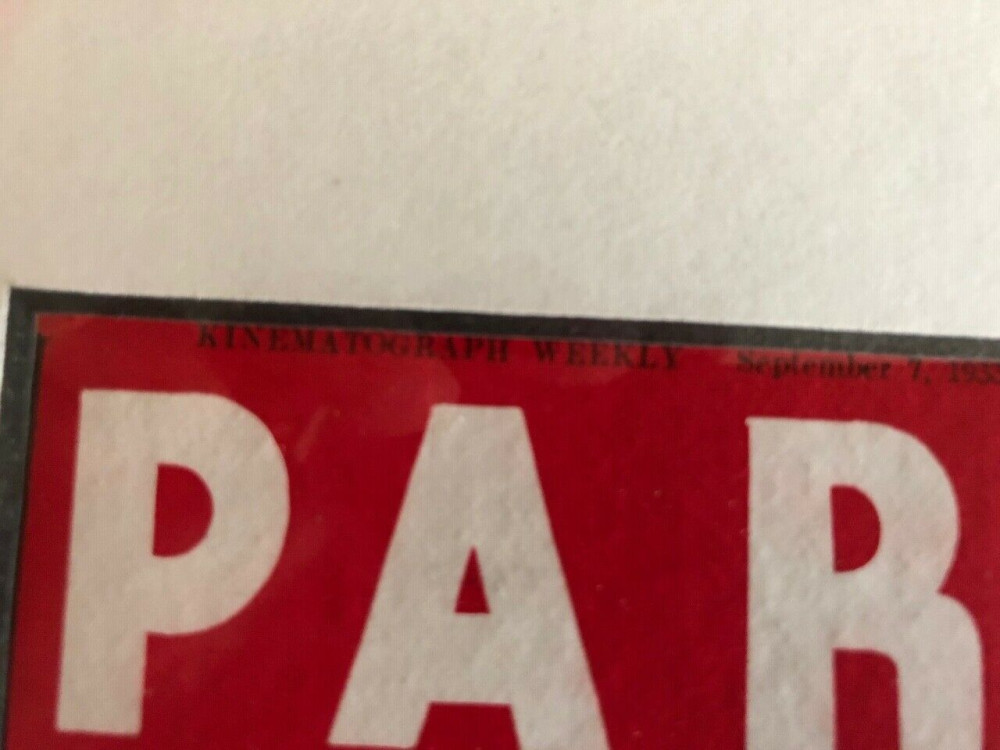 This certainly is a rarity, so the seller's minimum bid is a lofty $399. The auction is scheduled to close at 7:06 p.m. (Eastern) Tuesday.

And there is indeed more. Nearly a year ago, we learned "Supernatural" soon would find its way to a Blu-ray release (https://carole-and-co.livejournal.com/975256.html) and now we know the particulars. 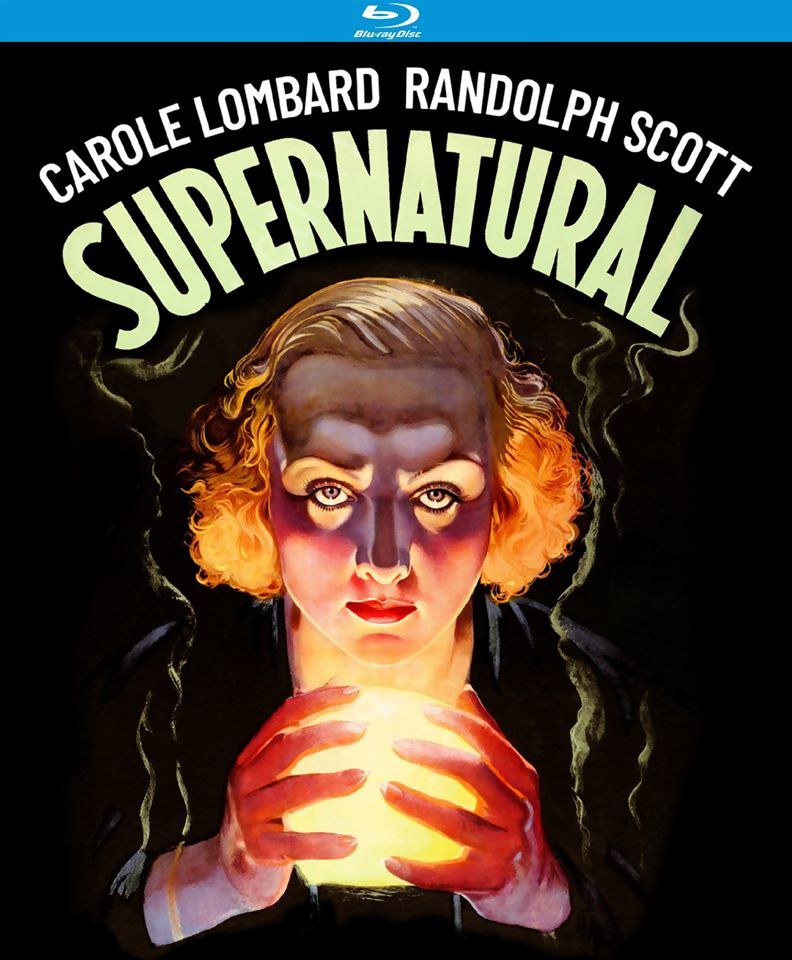 Kino Lorber, a reputable firm when it comes to restoration of classic titles (it's handled several previous Lombard Blu-ray adaptations), will do this one. Among the features:

* A new 2K master print.
* Audio commentary by pioneering video critic Tim Lukas, who has done more than 30 such commentaries (https://en.wikipedia.org/wiki/Tim_Lucas)
* A theatrical trailer (did you know one existed? I didn't)

The "Supernatural" Blu-ray is scheduled for an April 7 release, although its price or how to order has not been announced. But for Lombard fans, getting this, with extras, is something to celebrate.
Collapse