"Ladies' Man" is one of several movies Carole Lombard made in late 1930 and early 1931, an early teaming with future husband William Powell and her first film with Kay Francis (they'd reunite eight years later at Lombard's behest for "In Name Only"). It's a so-so melodrama where Powell returns to his silent villainous roots as a suave Lothario who gets his in the end.

A rare pic from the film has popped up on eBay, but I'm going to do something rather unusual and give you the back of the photo first: If the wording isn't legible at that scale, here's a close-up: A behind-the-scenes pic of Carole -- all well and good. (Note her status with Powell isn't mentioned, likely meaning it was taken early in production, before the couple became an item.) But now, the front of the photo: 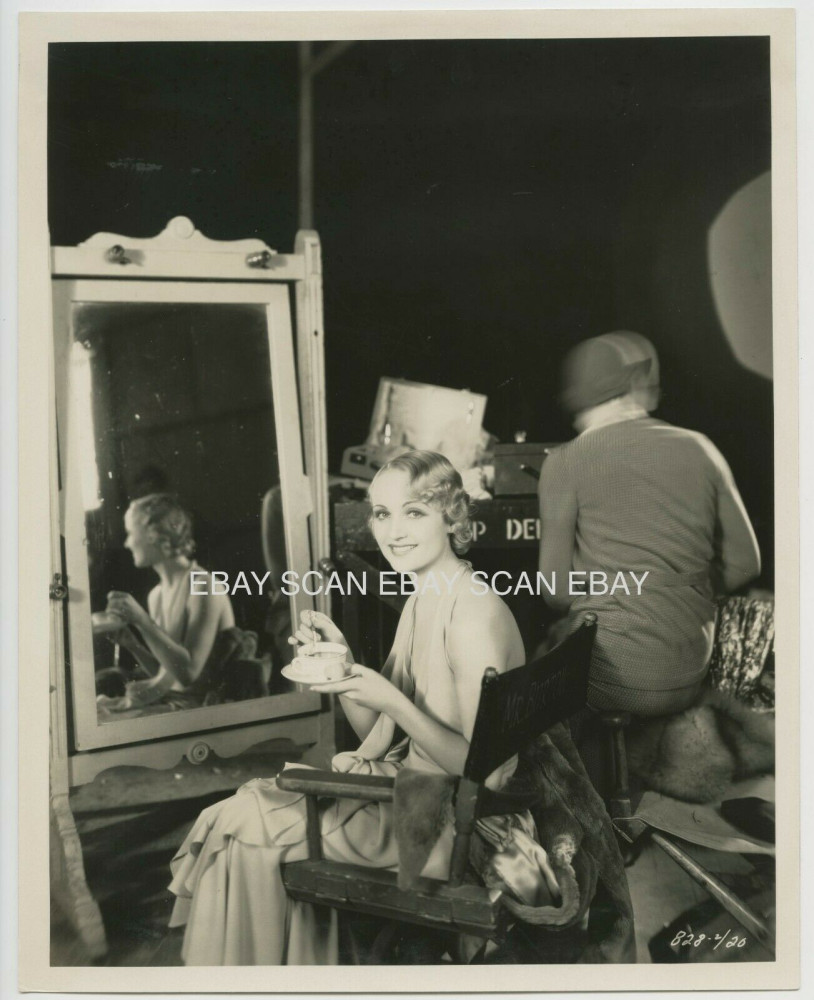 See why I'm upset? Watermarks are my bugaboo (and I understand why people use them), but this is such a rare photo (and Lombard's smile mesmerizes) that I wish I had it in its unwatermarked state.

Now excuse me while I go have my tea.

Update: Facebook friend Julia Carlisle was able to remove most of the watermark from the photo. Here's that version: 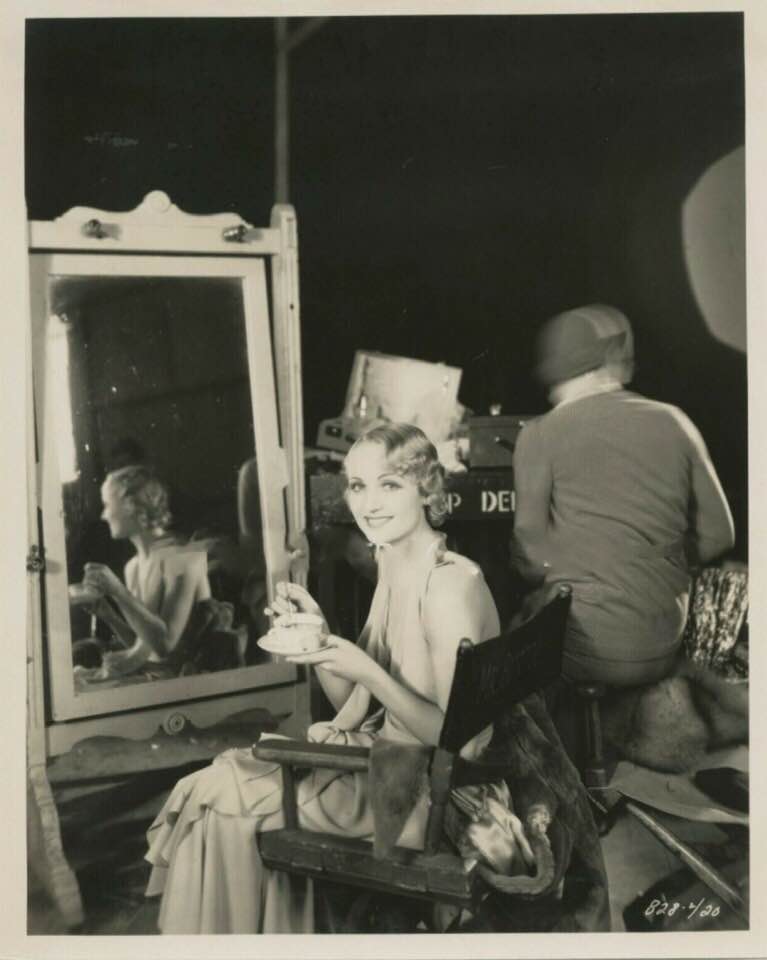