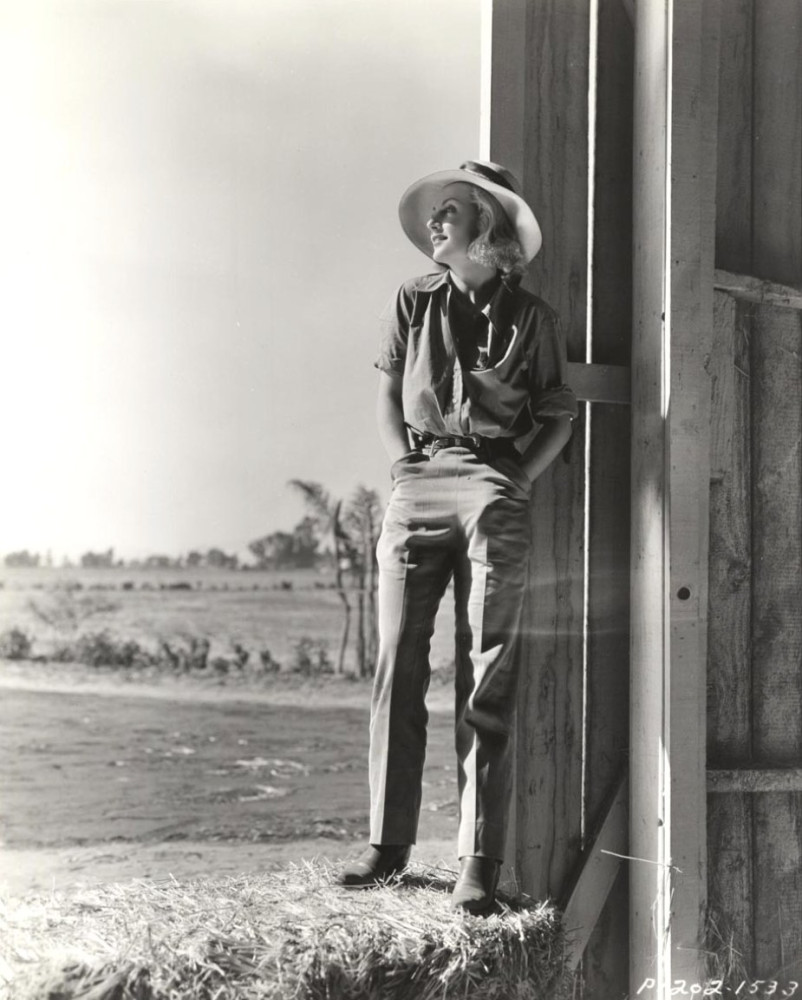 We've been "on the farm" with Carole Lombard in 1937 the past few days (the predecessor to the Encino ranch she and Clark Gable settled down in after their marriage a few years later), and here she is looking over the several-acre site, the Paramount still p1202-1533.

More than half a century later, that portrait was employed in an advertisement for the Gap clothing chain: 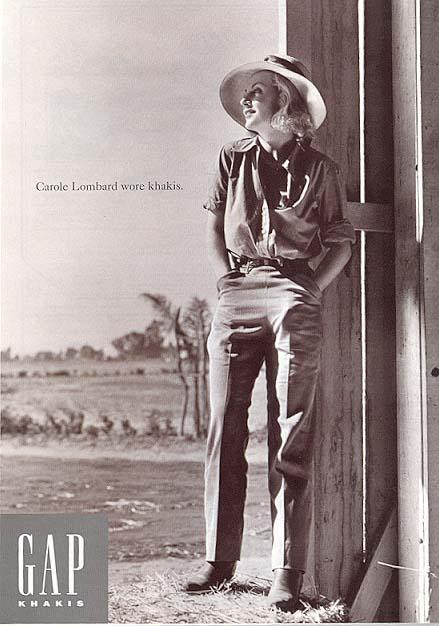 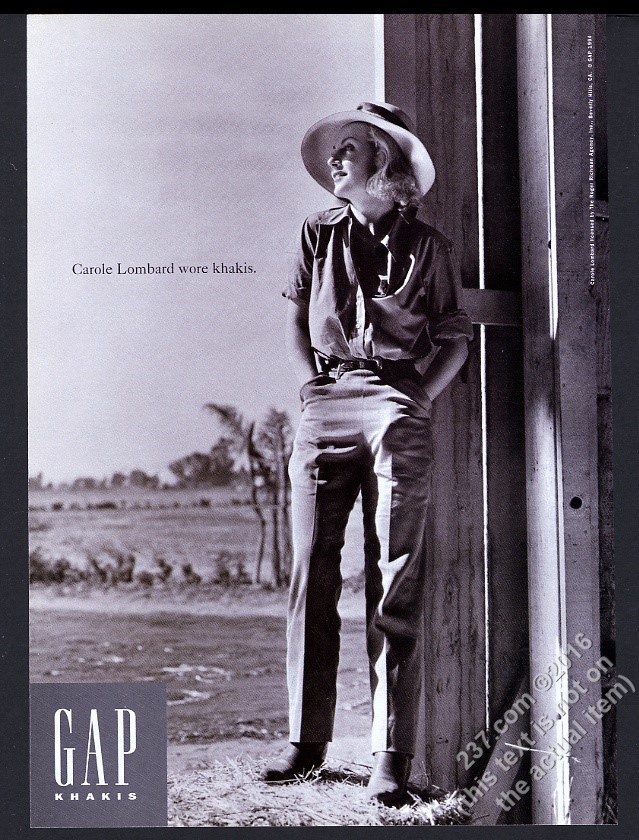 You can purchase this straight up for $37 or make an offer. All the details are at https://www.ebay.com/itm/1994-Carole-Lombard-photo-The-Gap-fashion-clothes-store-vintage-print-ad/312931391200?hash=item48dc2a16e0:g:KPkAAOSwGjtcygGf.

It's fascinating to think how Lombard remained part of the public consciousness in the 1990s, probably from generations who saw her films on over-the-air local TV long before cable, streaming and the proliferation of channels. What film star of the past would elicit that response today, and could be cited in a 2020 ad? Marilyn Monroe, certainly; she's been commodified for decades to the point where, like Mickey Mouse, she's known more as a symbol than for what she actually did on screen (which unfortunately has obscured Monroe's humanity). Beyond that, hardly anyone would qualify.

Some other things I learned while in research for this entry: Carole's image was flipped for some versions of the ad... 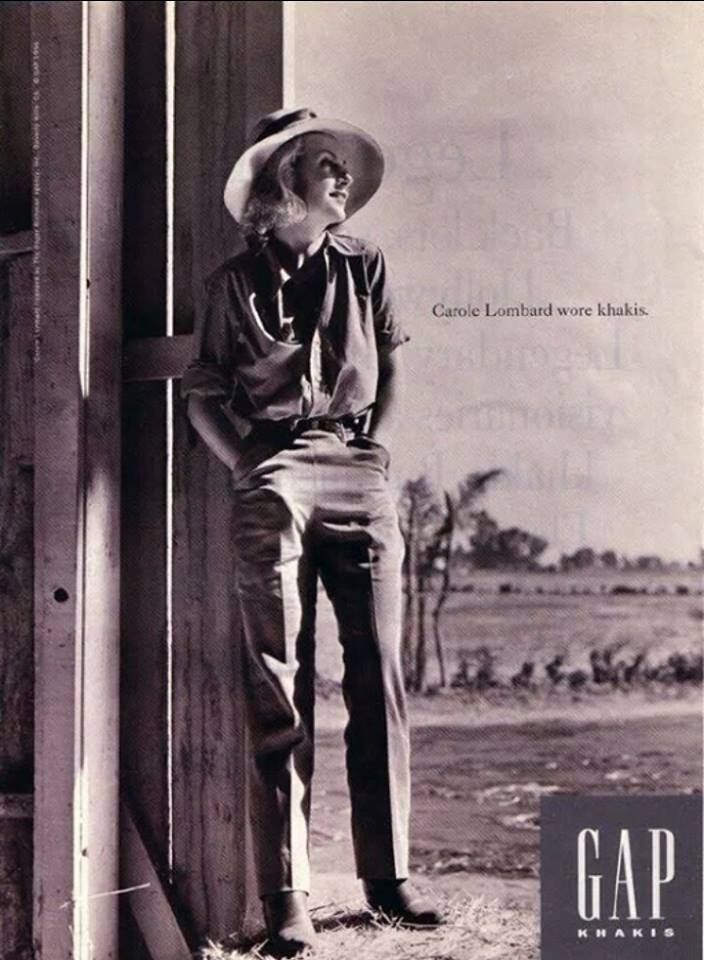 ...and at the 1937 photo session, another, slightly different pose was made: 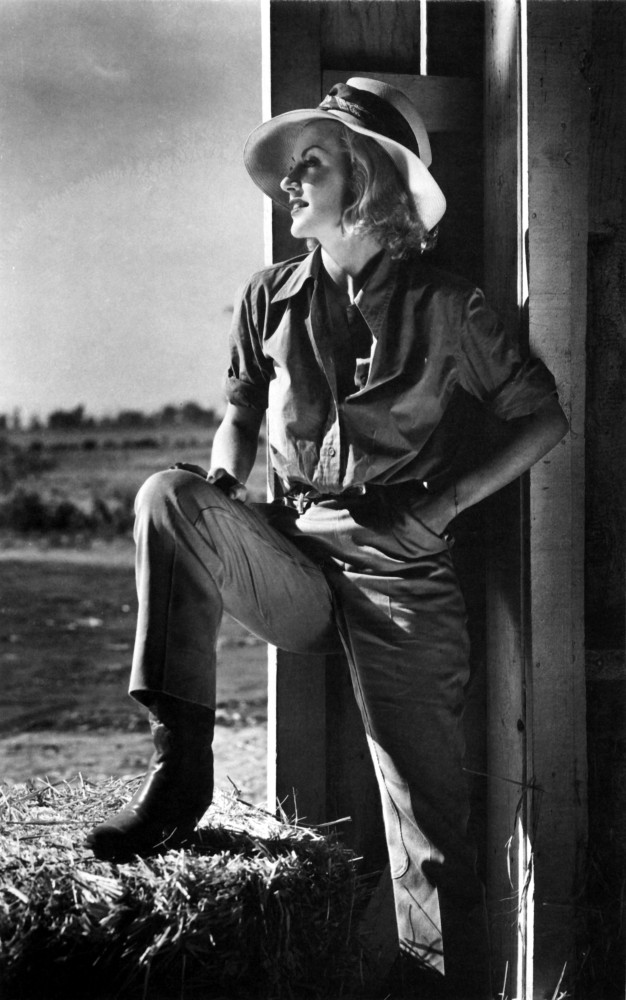 Finally, I couldn't recall what other notables the Gap had used in its khaki campaign. Then I came across this: 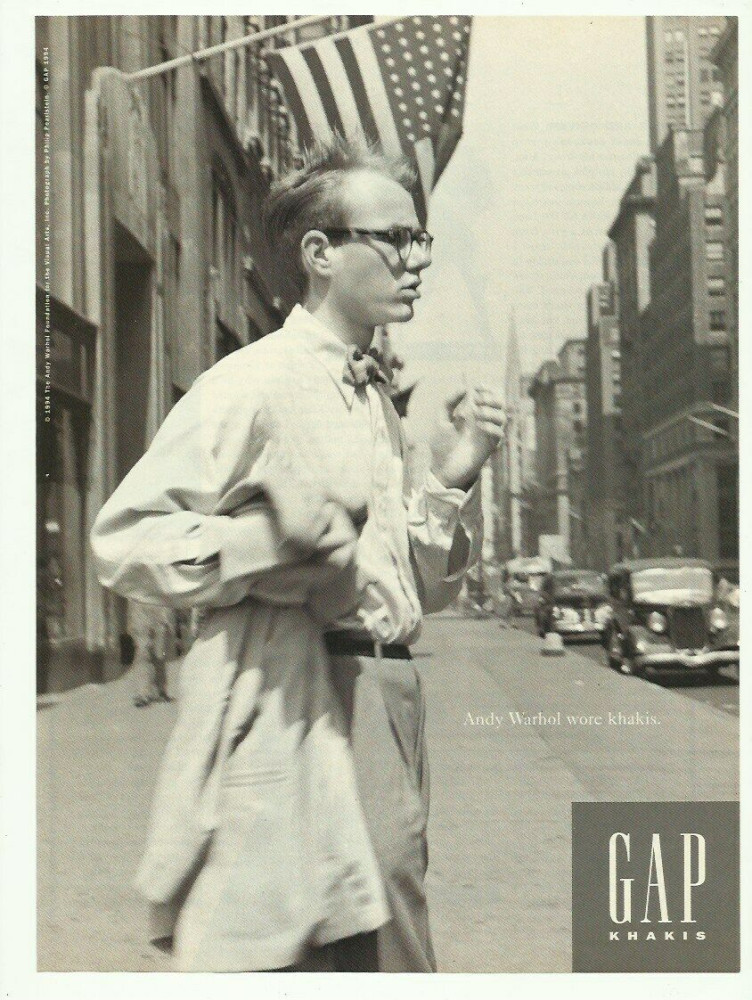 Andy Warhol and Carole Lombard now have something in common.
Collapse