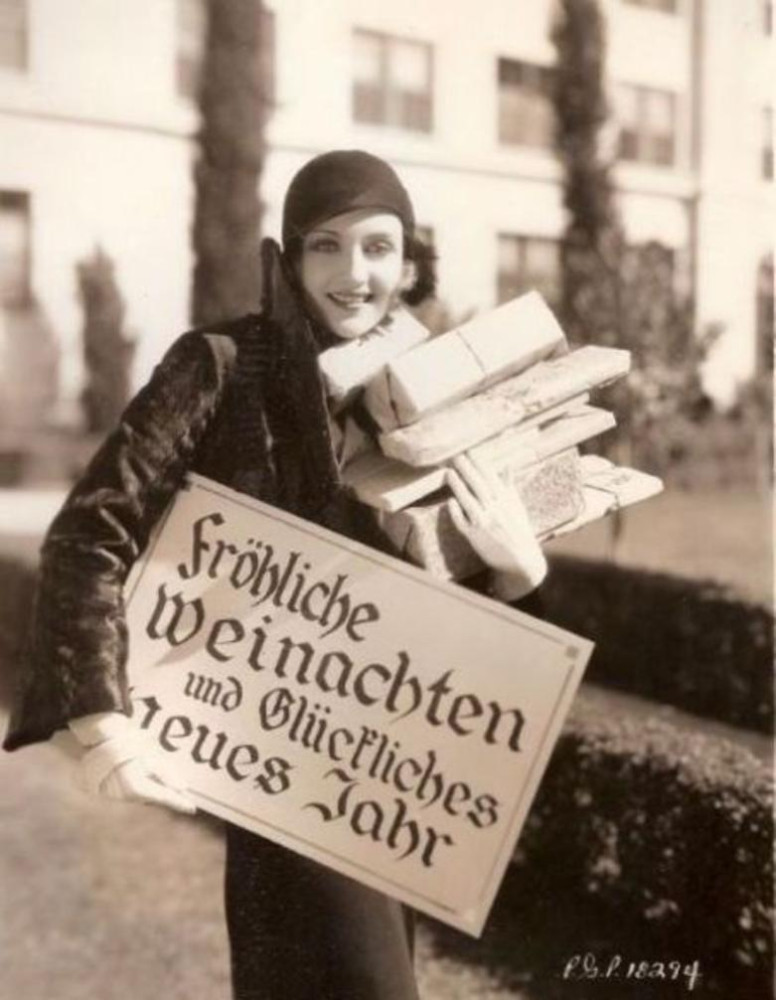 In the fall of 1930, Paramount sought to introduce its newly-signed Carole Lombard to international audiences by having her hold a large card with holiday greetings; this one was in German, another in Hungarian. But earlier that year, Lombard was given a publicity push in the Weimar Republic, and in fact made the cover of this Leipzig magazine: 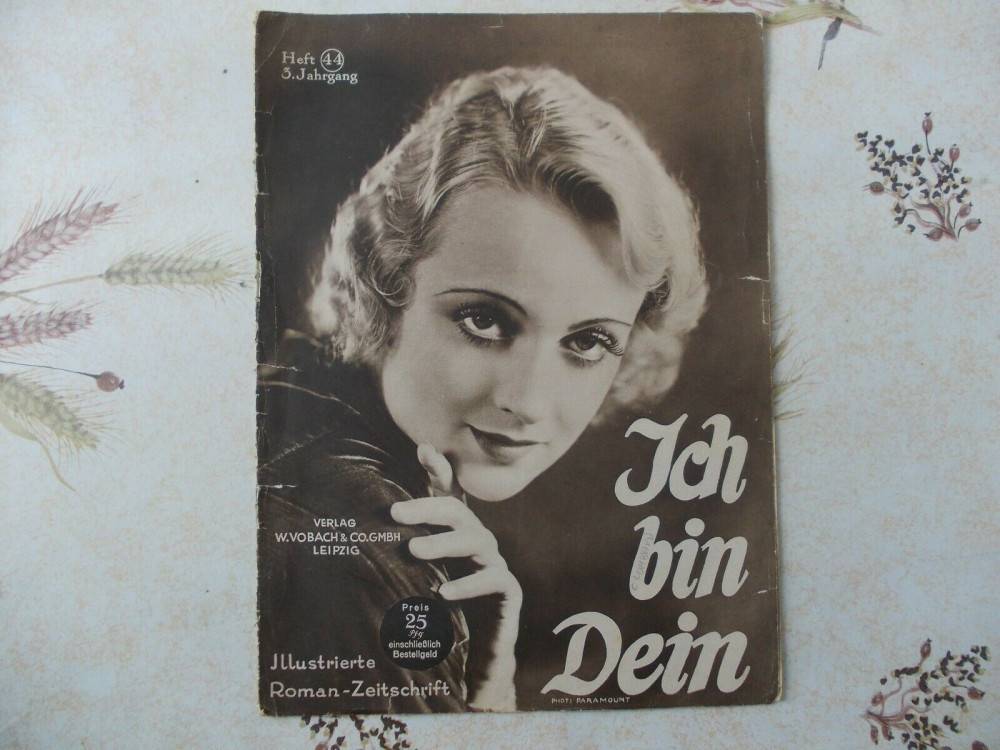 "Ich bin Dein" translates into "I am yours," and I can imagine many men (and a few women, too -- after all, this was during the "anything goes" Weimar era) fell under her spell when they saw that magazine cover.

Beyond that, all I know is that the magazine is from 1930 and measures 9" x 12". I don't know what's in the rest of the magazine or how many pages it is. The photo appears to be from Carole's initial Paramount photo session while under contract, taken in New York while she filmed "Fast And Loose."

Lombard would become a favorite in Germany during the decade, popularized through tobacco cards such as this: 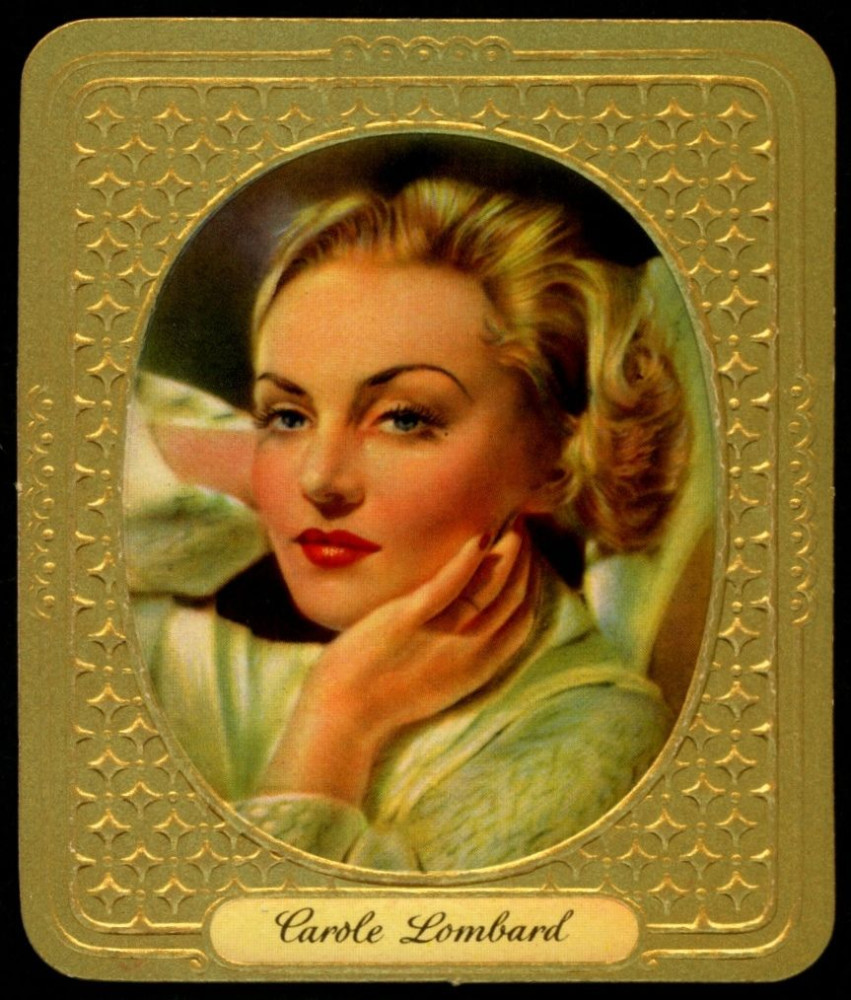