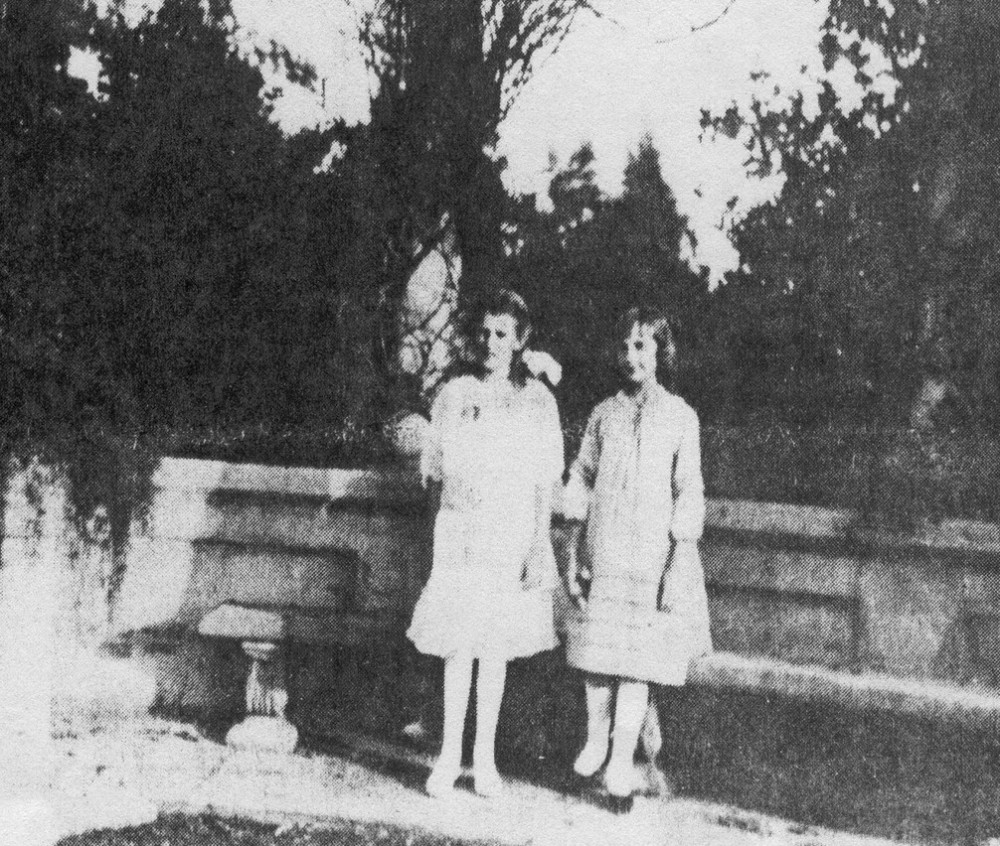 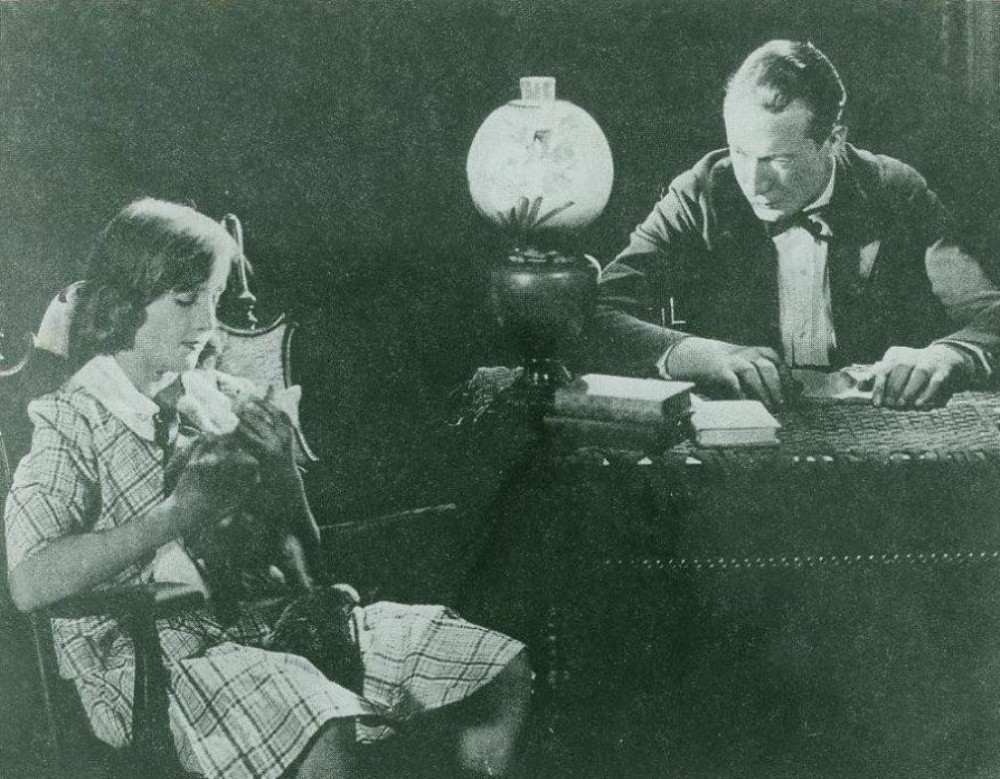 At top, Carole Lombard (then Jane Alice Peters), at right with a friend at Kimberly Crest in Redlands in 1919 (https://carole-and-co.livejournal.com/834477.html), Below, Carole (still Jane) gets her first taste of motion pictures, acting with Monte Blue in the lost 1921 film "A Perfect Crime."

I'm running both because I've never seen a pic of Carole/Jane that I know to be from 1920. So we'll do the next best thing and examine Los Angeles of 100 years ago, as the rapidly-growing city embarked on a new decade. When the Census was taken that April, LA's population was 576,673 -- nearly double the city's numbers of 319,198. (It would more than double by 1930, to more than 1.2 million.) But unlike eastern cities such as New York and Philadelphia, whose growth largely came from European immigrants, Los Angeles boomed thanks to Midwesterners (and to a lesser extent Easterners) who were seduced by southern California's temperate climate, access to beaches and mountains, and a booming economy.

Among the most avid local boosters was the Los Angeles Times, which for decades ran a massive edition, usually on New Year's Day, called the "Annual Midwinter Number." Here's how its front page looked like on Jan. 1, 1920: This issue had 252 pages in 10 sections, many of them designed to persuade the unconverted that LA was the place to be. Locals were encouraged to send copies to their friends back east: 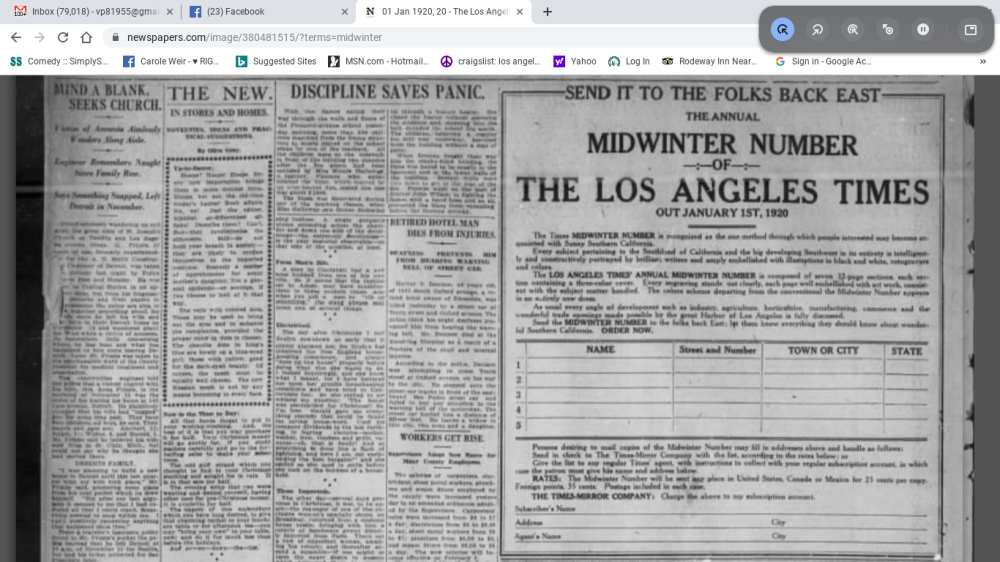 The editorial page that day featured a cartoon of Ramona, legendary symbol of southern California, doing her best to woo folks west: The Midwinter Number examined the many charms of Los Angeles that had enraptured many (including Elizabeth Peters and her three children half a decade earlier). And yes, one of those charms was the motion picture industry -- see the description of Hollywood in the third column. Of course, the Times wasn't the only paper in town, merely the most dominant. Another was the Los Angeles Express, founded in 1871 and which would be purchased by William Randolph Hearst in 1931. Newspapers.com has online access to its output in 1920, and here's its front page that New Year's Day: Just as it would be a century later, the University of Oregon was playing in the Rose Bowl. But instead of facing Wisconsin, the Ducks played another team in red -- Harvard. (Both games were decided by one point, Oregon losing 7-6 in 1920 and winning 28-27 in 2020.)

Let's look at the Express entertainment page and see what movies were playing: 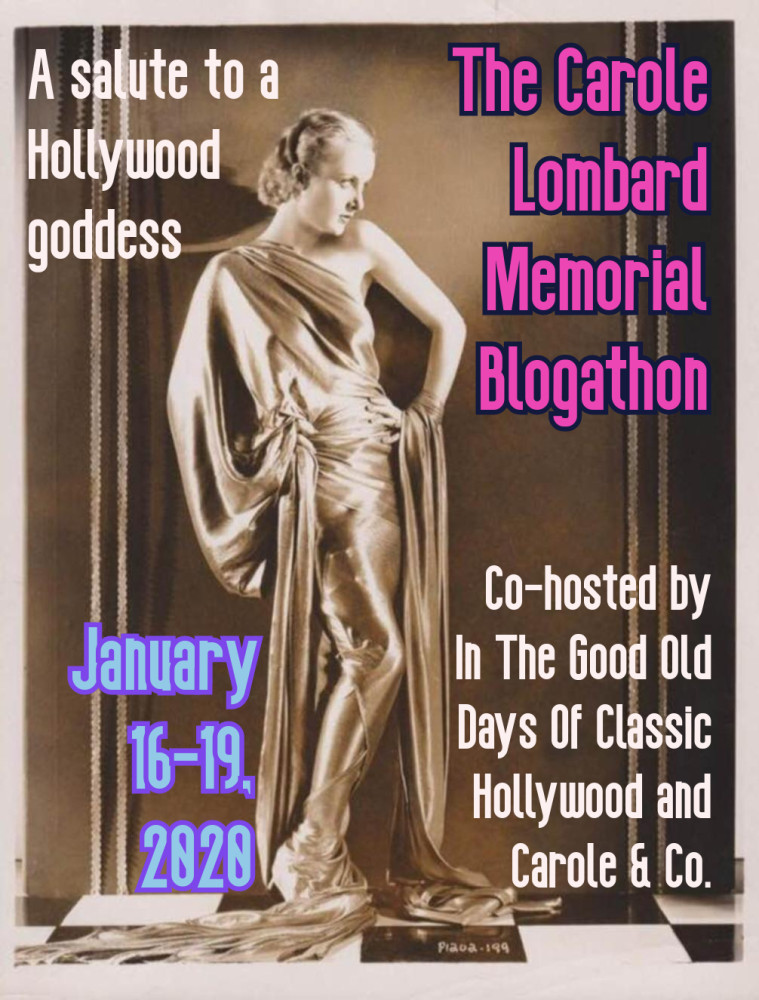 ...the Carole Lombard Memorial Blogathon begins two weeks from today (the 78th anniversary of her death). If you'd like to participate, you can still do so; go to https://crystalkalyana.wordpress.com/2019/09/25/announcing-the-carole-lombard-memorial-blogathon/ for all the information.
Collapse