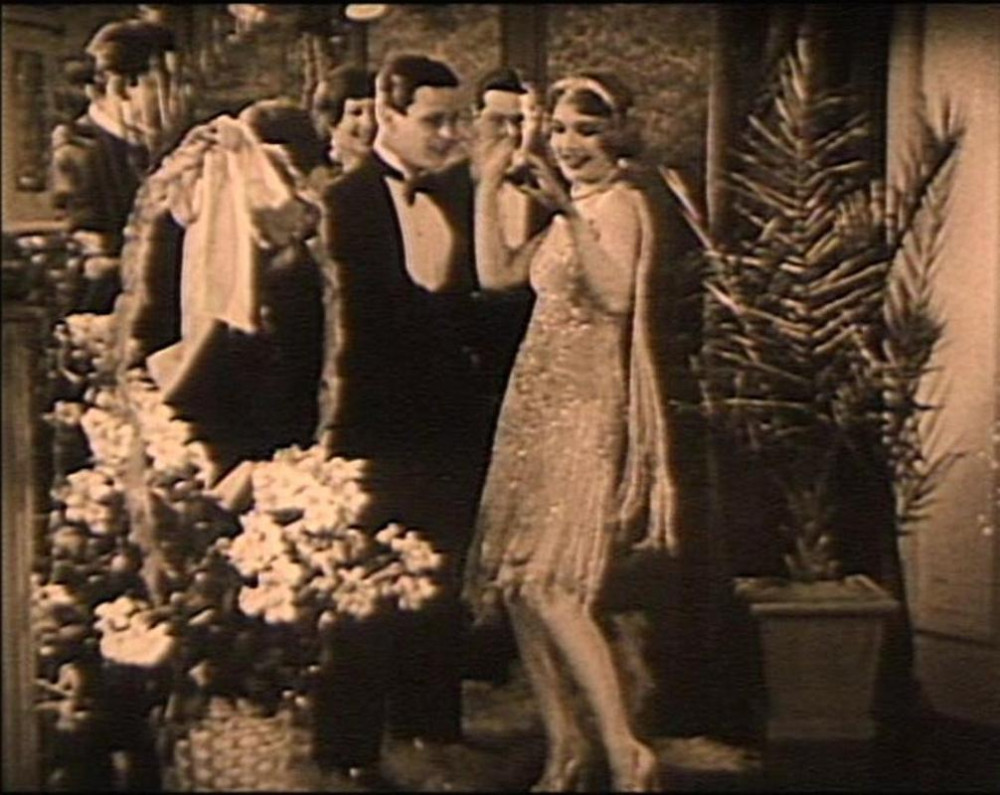 There are many Carole Lombard photographic "holy grails," and among them is visual proof of her carefree time in dance contests at the legendary Cocoanut Grove in 1925, while a starlet at Fox. She competed with, and occasionally beat, the likes of fellow flapper Joan Crawford until an auto accident sidelined Carole and put her film career in jeopardy.

So instead, we make do with this screen grab above from Lombard's 1928 two-reeler "The Campus Vamp," somewhat replicating her dance-hall days. And as we prepare to enter the 21st-century version of the '20s, we thought it time to look at what life was like for American women in that tumultuous decade. Yes, the 19th Amendment gave them the right to vote in all 48 states in the 1920 election, and many of them took their first job, but the battle had not yet been won. (Many would argue it still isn't today.)

This article, from the website Mental Floss, notes 11 things American women were largely unable to do that decade, either legally or through societal restrictions:

* Have their own name printed on a passport. It was difficult for a married woman to obtain a separate passport; most were issued jointly, in the husband's name.
* Wear whatever they wanted. While the flapper style dominated, many conservative regions sought to restrict what women could wear in the name of modesty. And heaven forbid a female who wanted to wear slacks to work! Speaking of work... 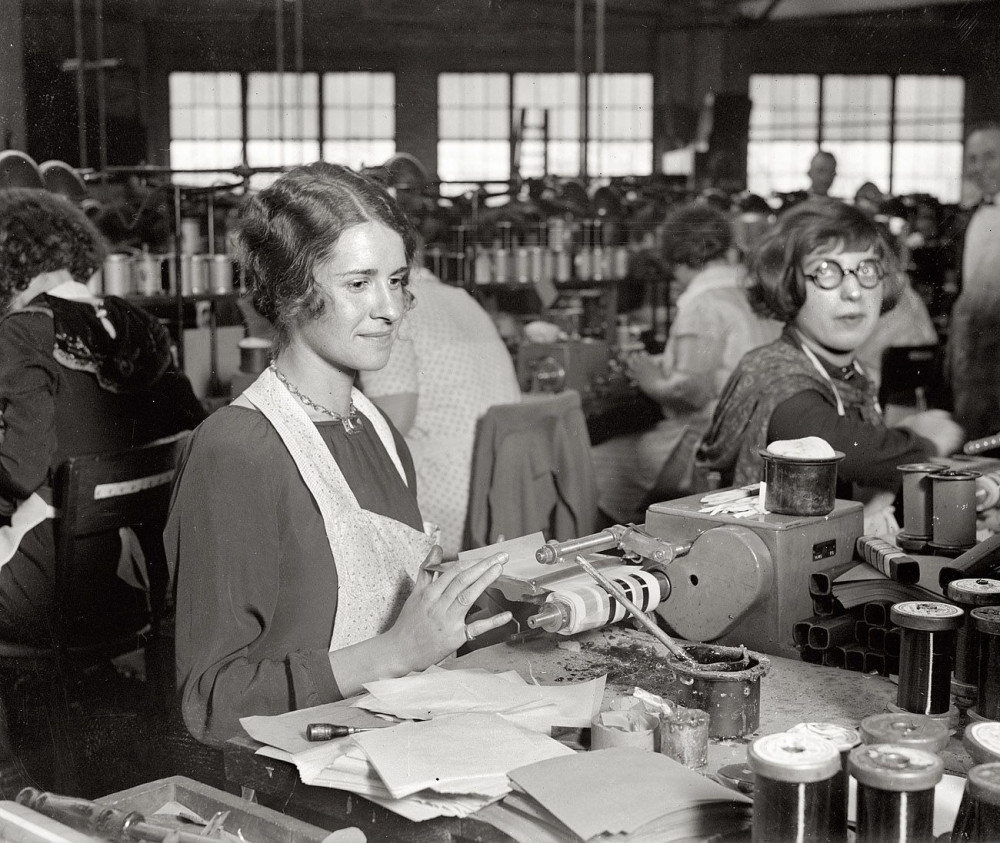 * Hold certain types of jobs. While these 1920s women worked at Atwater Kent's radio factory in Philadelphia, so-called "protective laws" attempted to guard women from being "dangerously influenced by men." In many places, women couldn't work at bowling alleys or pool halls.
* Keep their citizenship when marrying a non-citizen. Perhaps this conjures up the 1990 rom-com "Green Card," but from 1907 to 1922, U.S. women automatically lost their citizenship and had to register as aliens if they married a non-citizen. Congress finally rectified this by passing the Cable Act.
* Use their law degrees to the fullest. Decades before Sandra Day O'Connor and Ruth Bader Ginsburg, the comparatively few female attorneys had little opportunity to ply their trade. Few law firms hired women, and those that did often relegated them to office positions.
* Work the evening shift. A by-product of the aforementioned "protective laws" barred women such as waitresses from late-night employment.
* Take a quick bathroom break. Given the male-dominated workforce, few office buildings had women's restrooms. That led many women to be barred from jobs for that very reason. 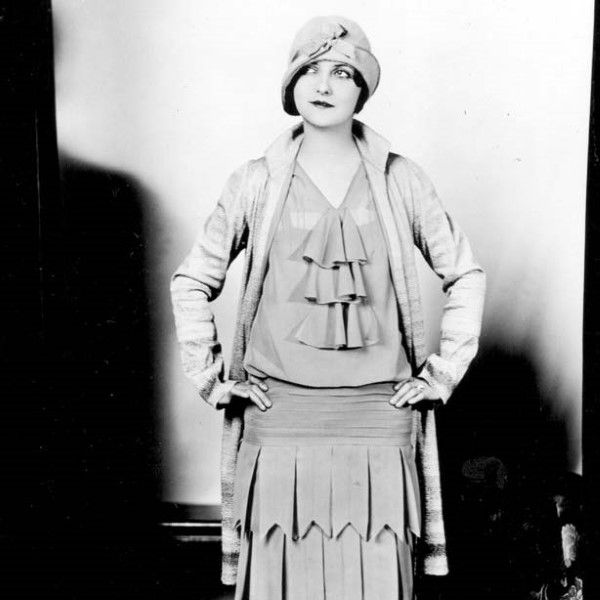 * Hold a job while pregnant. Even if you were an upright, married woman, it was difficult to find work during pregnancy. You could be fired, and many women thus hid their condition as best they could. Not until 1978 were pregnant women fully protected by law.
* Enlist or receive benefits for military work. The 1920s equivalent of Judy Benjamin couldn't become a private even if she'd wanted to. While women had aided the World War I effort, peacetime prohibitions prevented them from doing so; not until 1948 could women permanently serve in the armed forces and receive full benefits.
* Hate housework. OK, this wasn't a legal or even a gender restriction (who among us loves housework?). But it was a preferred societal role for women to embrace, and those who didn't were ostracized.
* Serve on a jury. The justice system was deemed a man's world, and not simply for attorneys. By the end of the '20s, half of the 48 states still barred women from serving on juries (jury pools in Mississippi were all-male up to 1968).

And remember -- if you weren't white or upper-class, you had things doubly tough.

The story is at https://www.mentalfloss.com/article/520324/11-things-women-couldnt-do-1920s?fbclid=IwAR00pq1L8h8jcCE_7A6aM_9FaHyK_VlWs84kvTpsA4i88BvcGp6iOCffhm8. An important reminder for anyone planning to "zap" themselves back to the Roaring '20s.

Let's leave this entry on a more optimistic note by giving you a crash course in '20s dances, perfect if your New Year's Eve party has that as a theme. Learn to do the foxtrot, the Charleston, even the forgotten Peabody. It's all at https://ilovedanceshoes.com/blogs/guides/a-little-party-never-hurt-nobody-dances-of-the-1920s?fbclid=IwAR2TkKvTuHi6Ajx6uOASUqdqsUT3HGNjQtUeEdKESYa5Z5VYb1JWWkoU6x0. And if you get good enough, you may end us like this: