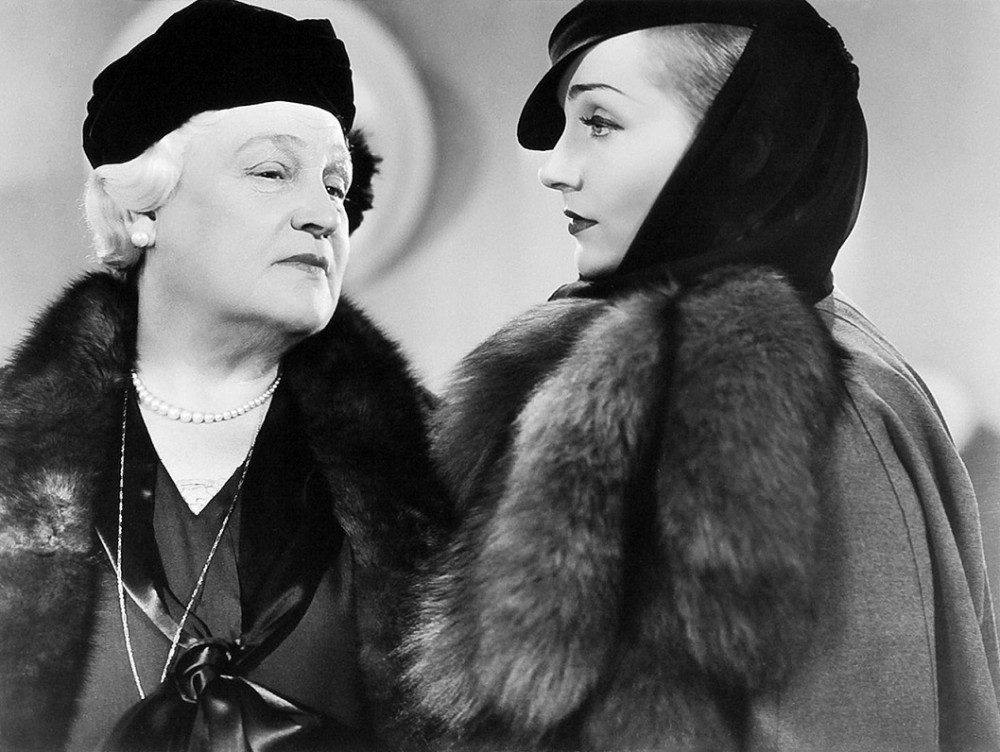 Ah, the beautiful Princess Olga, Swedish royalty, sailing across the Atlantic to America and eventually to Hollywood for a movie career. She's actually Brooklyn showgirl Wanda Nash, determined to put over her scam in "The Princess Comes Across," a 1936 Carole Lombard comedy. (That's accomplice Alison Skipworth alongside her.)

Playing Olga enabled Lombard to deliver a dead-on impersonation of real-life Swede Greta Garbo until her ruse is discovered (and she falls for bandleader and fellow passenger Fred MacMurray, with a murder mystery added to the mix). 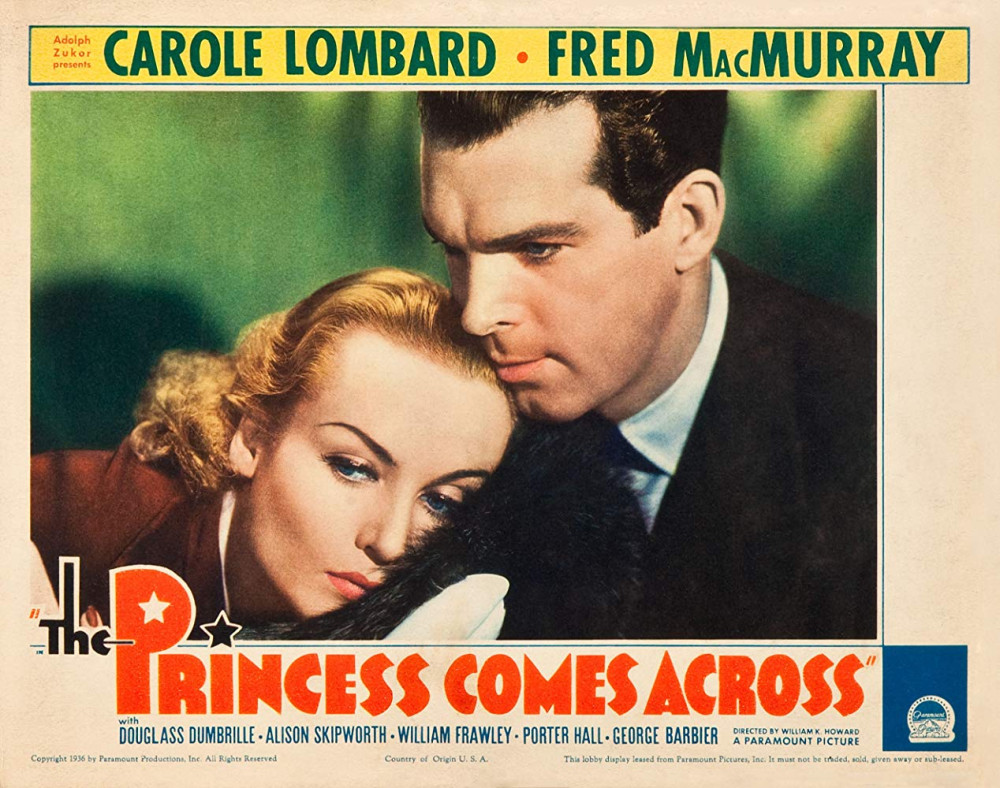 A fun story, to be sure...but did you know something similar happened in real life? I didn't until the other day, when I examined the September 1926 issue of Motion Picture magazine for additional information on the map of the Hollywood studios that comprised yesterday's entry. It turns out that earlier in '26, a commoner tried to pass herself off as a princess in the film capital. But this perpetrator hailed from San Francisco (via Manila), not Brooklyn, and her royal ethnicity was Spanish, not Swede: 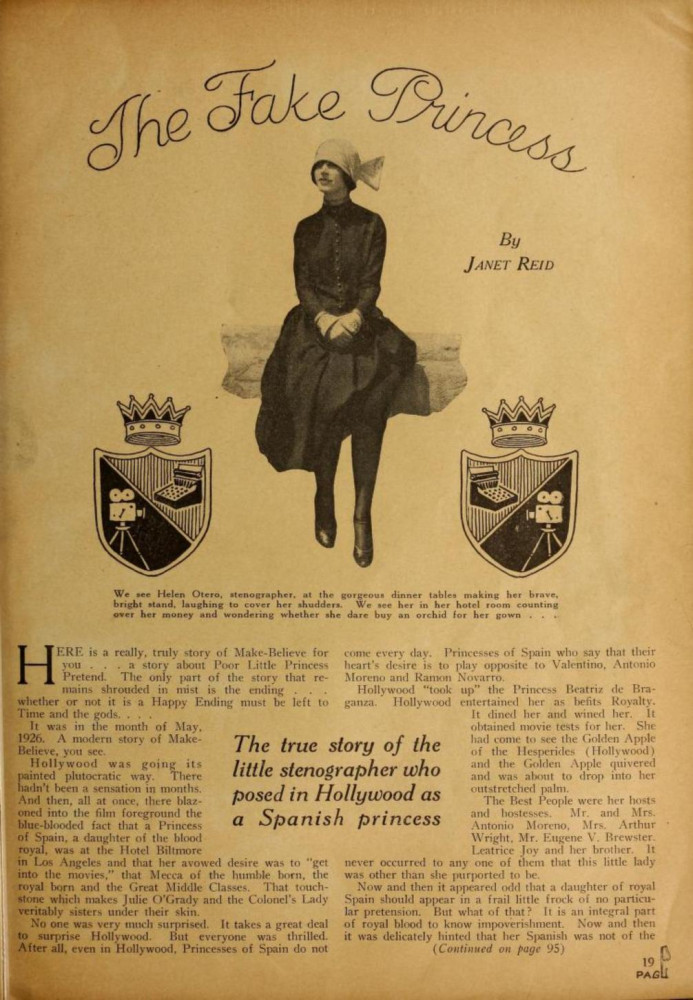 Let's jump ahead to learn more about Helen Otero's scheme. 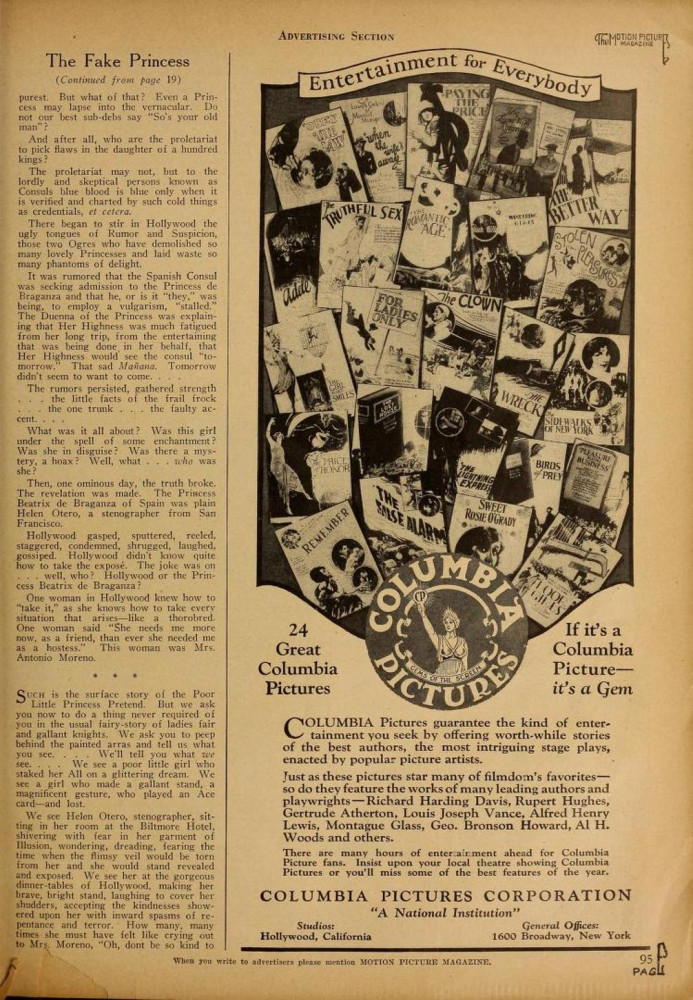 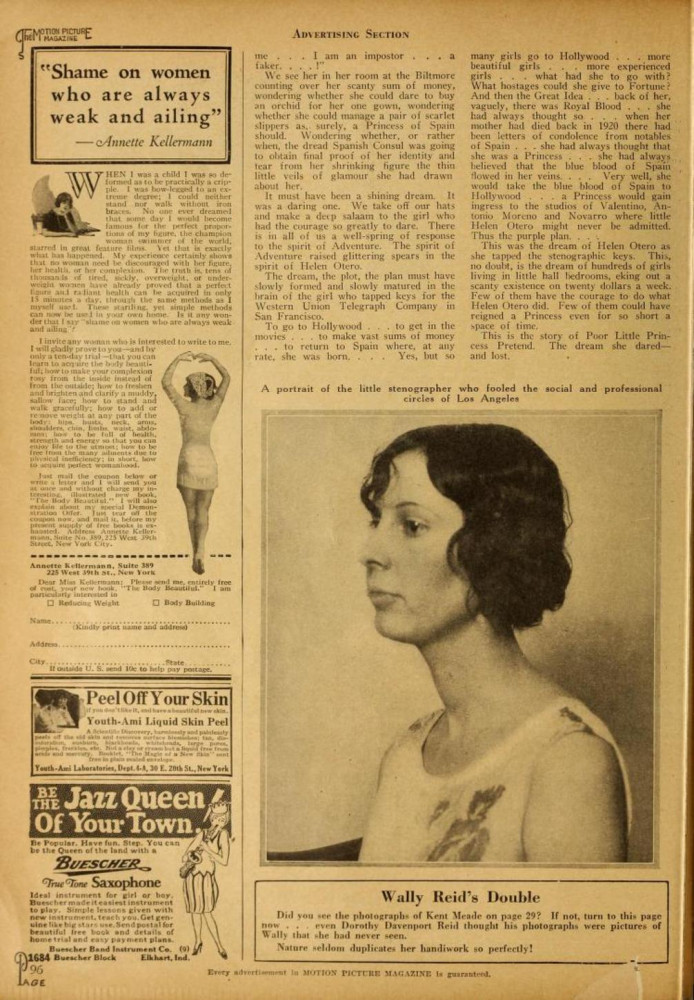 And while her story wasn't front-page stuff (all sorts of other weird happenings occurred in '26), it made the rounds of wire services and a few daily newspapers, such as the Salt Lake Telegram on May 15... I'm tempted to believe the magazine story embellished things from Hollywood's perspective; this certainly embarrassed some in the industry. The readers of this story -- many undoubtedly young women who entertained dreams of movie stardom as an escape from their humdrum, low-paying lives -- probably marveled at her gumption.

Would Otero have gotten away with it (and unlike in "Scooby-Doo," meddling kids had nothing to do with her undoing)? Probably not; her ruse would have been discovered. But it makes for a fun fairy tale. One wonders whether a decade later, Otero -- now back to living anonymously after the 1926 equivalent of her "15 minutes"-- saw "The Princess Comes Across" and thought to herself, "I've been there." 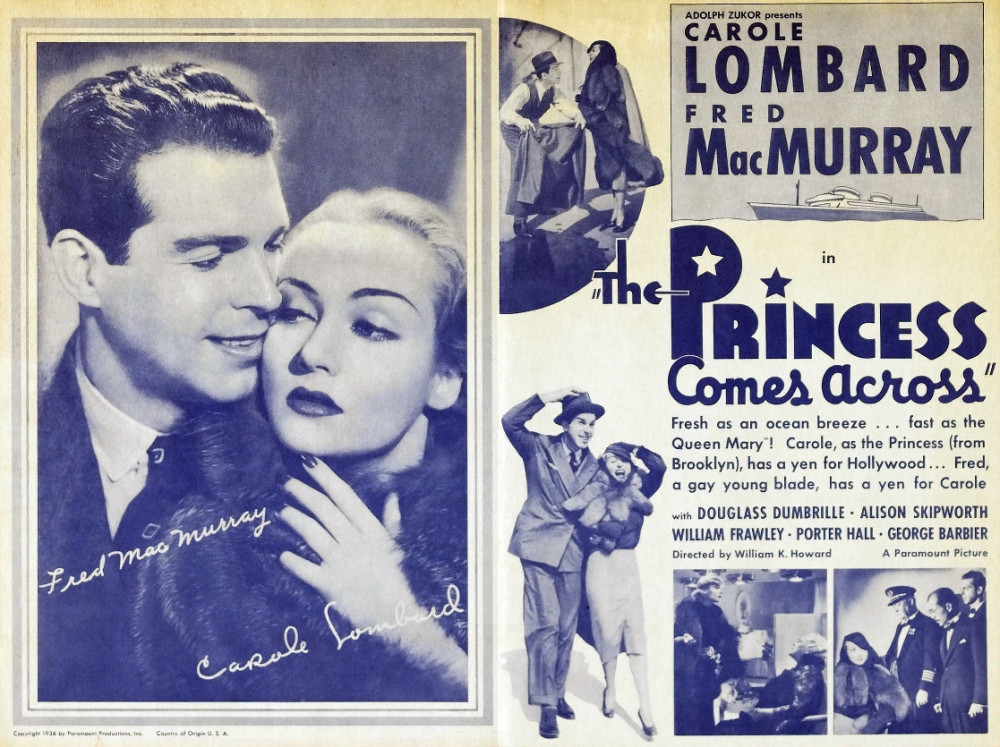