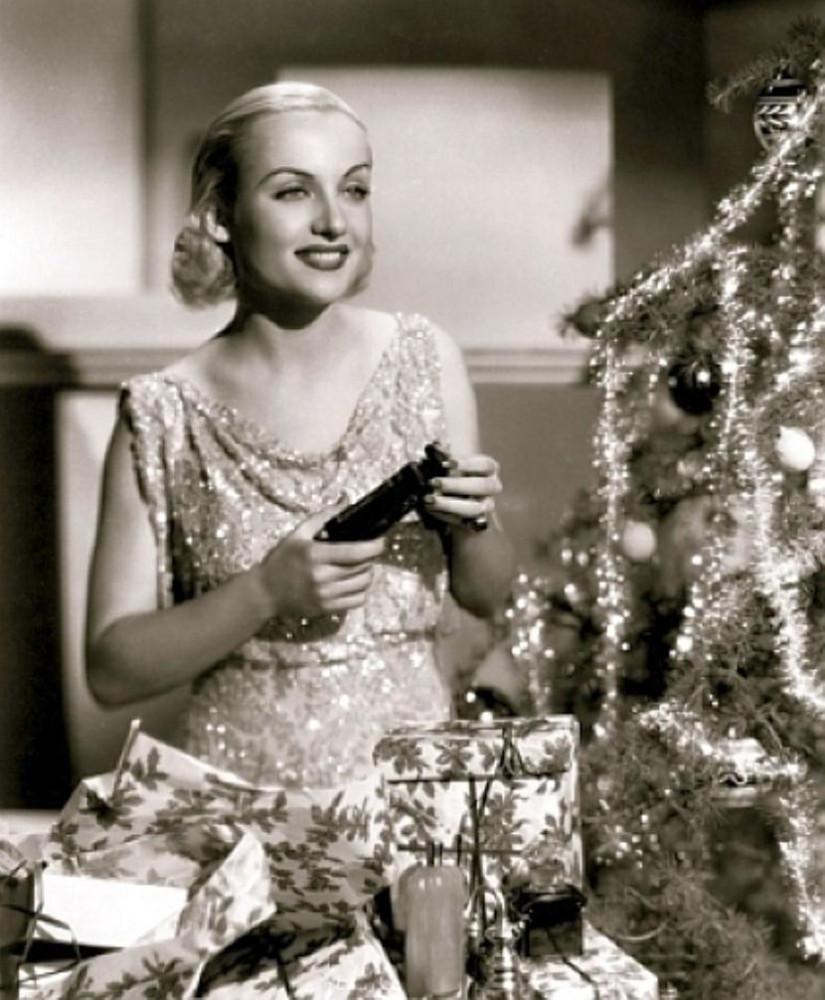 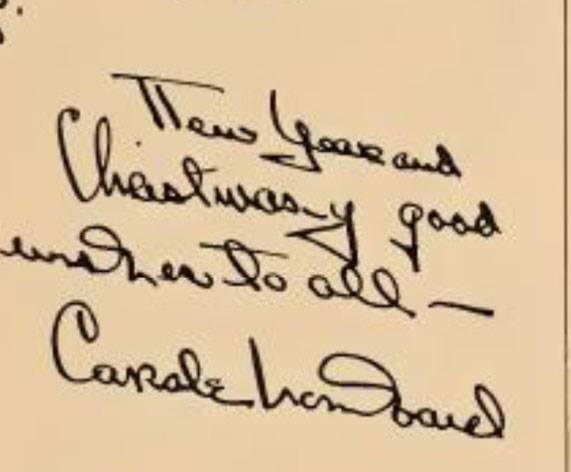 Carole Lombard wishes you cheer this holiday season, as do I. It's currently a clear Christmas Day in Los Angeles, but rain is more likely than not over the next few hours. (Much of the U.S. is without snow today, rather atypical for Dec. 25.)

With that in mind, let's escape 2019 and visit the '20s, something we'll all be doing in a week anyway. This journey, however, is to the 1920s, so dig out your raccoon coat, put on your cloche, roll up your silk stockings and join us.

Our mode of transport? Not the Red Line, but the Red Cars -- those fabled Pacific Electric interurbans that served a booming Los Angeles for decades before their demise (through conspiracy or otherwise). As we reverse time, our streetcar stops at Hollywood Boulevard on Dec. 25, 1953, where "The Robe," in that new-fangled CinemaScope, is playing at Grauman's Chinese... 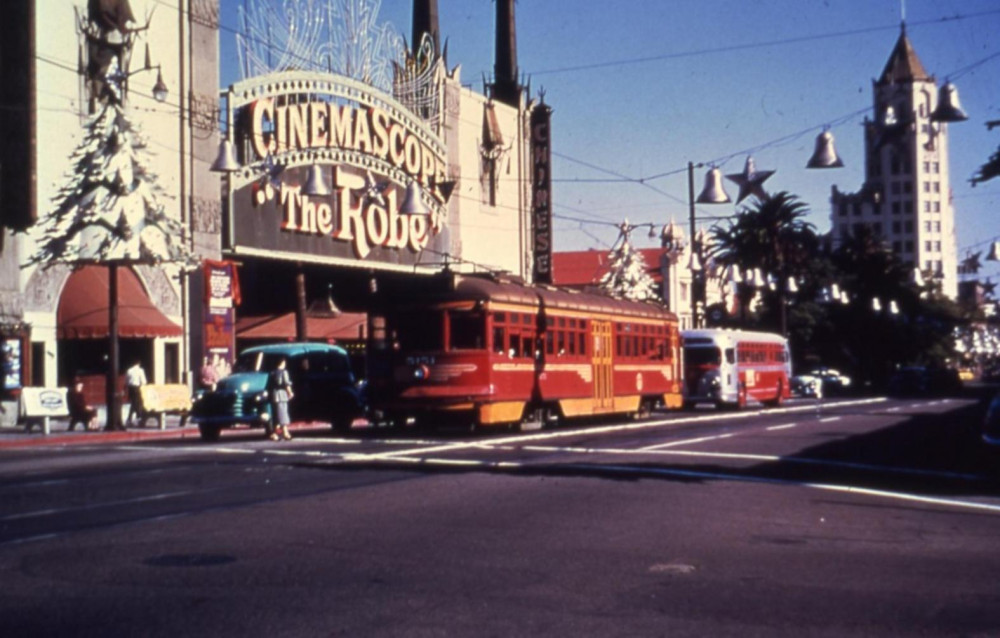 ...but our destination is to a time when "Grauman" on the Boulevard referred not to the Chinese, then under construction, but the Egyptian, a few blocks east on the other side of the street: We've arrived in mid-August 1926. Let's visit a nearby newsstand and pick up the just-issued September copy of Motion Picture magazine, the one with Rudolph Valentino on the cover: 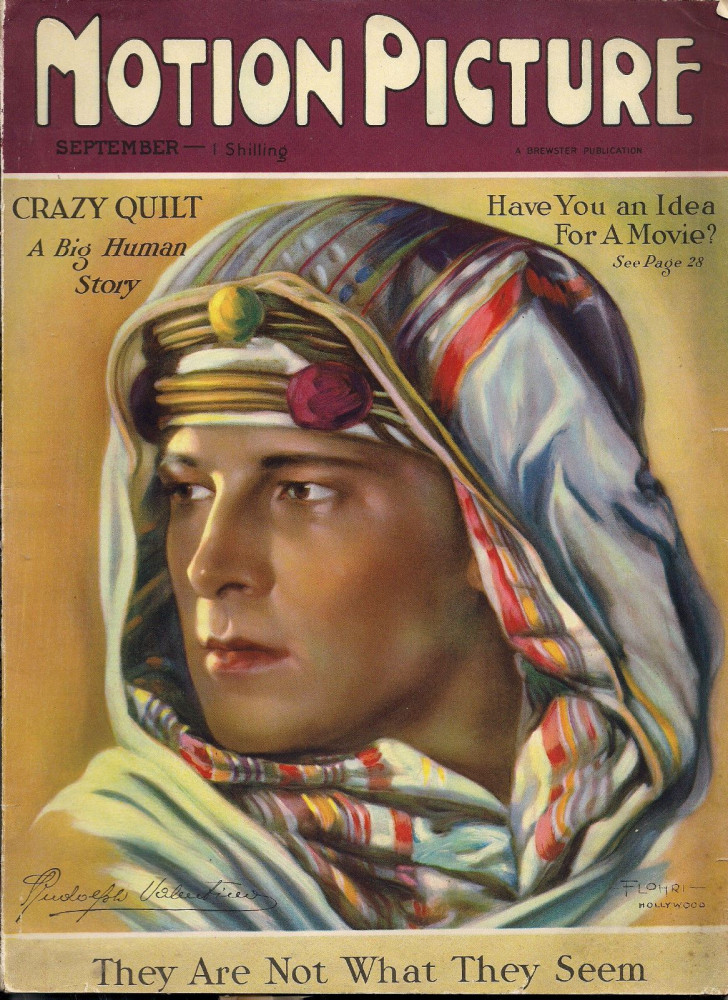 It's to promote his new film, "Son Of The Sheik"...but what we know and others don't is that within days, Valentino will be dead at age 31, resulting in a media frenzy. OK, let's turn to page 27, where we see this: 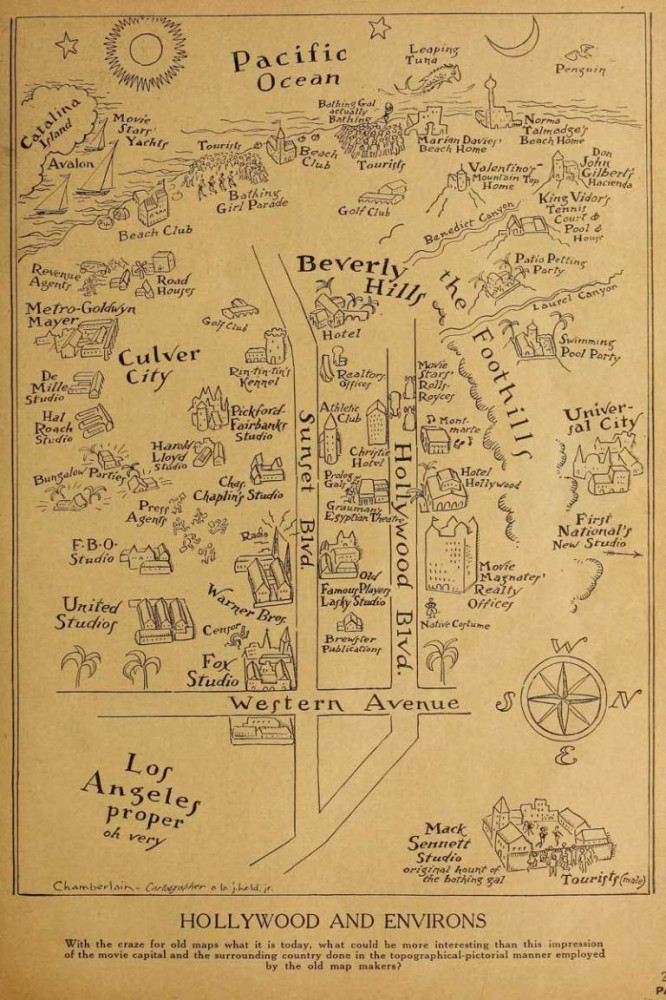 This is a map of the movie capital, which I discovered thanks to Fritzi Kramer's terrific site "Movies Silently." She shatters the many myths of the silent era and thoroughly examines this misunderstood medium. Here's a larger, clearer version of part of the map:

To be fair, it isn't the most accurate of maps; for example, the Charlie Chaplin studio was north of Sunset Boulevard, not south. Then again, it was designed to give people a flavor for exotic far-off Hollywood, not serve as cartography for tourists. See more about it at http://moviessilently.com/2019/03/08/hollywood-and-environs-circa-1926/.

It's fascinating to view this map through the mind's eye of Lombard, who in mid-1926 was 17, living on North Wilton Place with her mother and two older brothers, and was recuperating from the automobile accident of several months earlier that led Fox to cancel her contract. (It caused some minor facial damage -- OK, not minor for a young actress whose image was projected to many times its size in close-ups.)

Carole largely laid low during this period. Determined to continue in the film industry as best she could -- if not as an actress, then perhaps in some other capacity -- she studied the technical aspects of the business such as cinematography and lighting. She was no stranger to most of these studios, having made the rounds in 1924 when she first sought a career in movies.

But by early 1927, she wound up east to Edendale at Mack Sennett's studio, where a good figure and pleasing personality was all he needed for two-reelers. And over the next two years, Lombard honed her skills and boosted her confidence as an actress, though she also had to pose for holiday shots such as these: 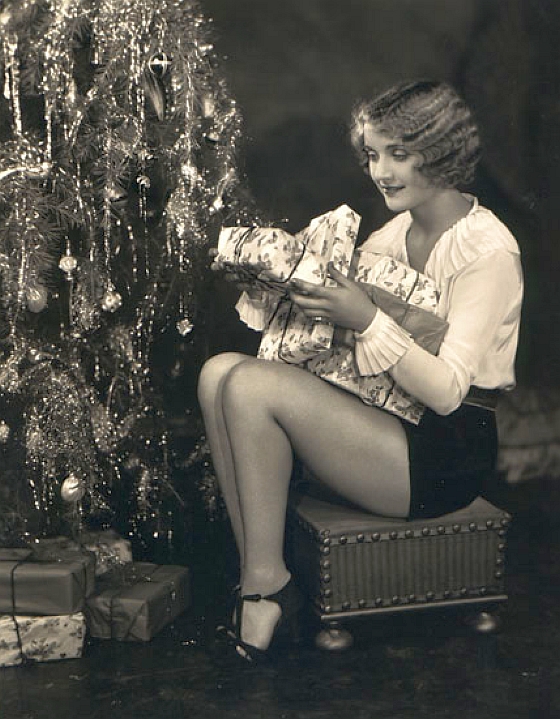 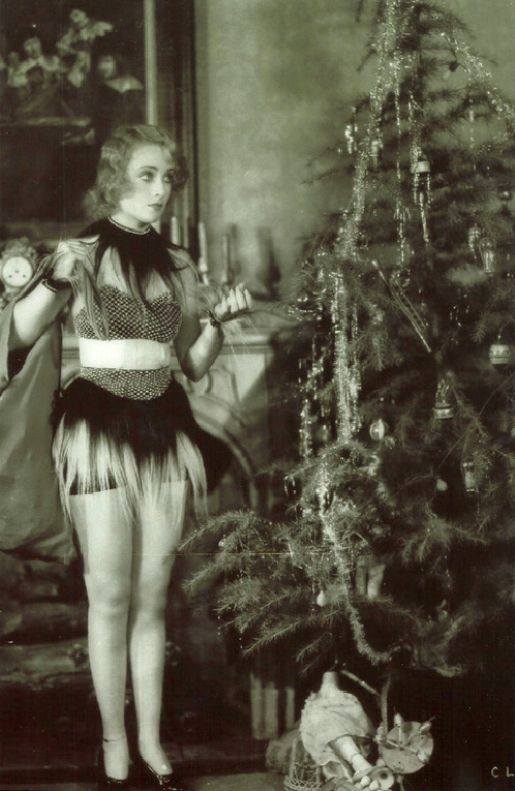 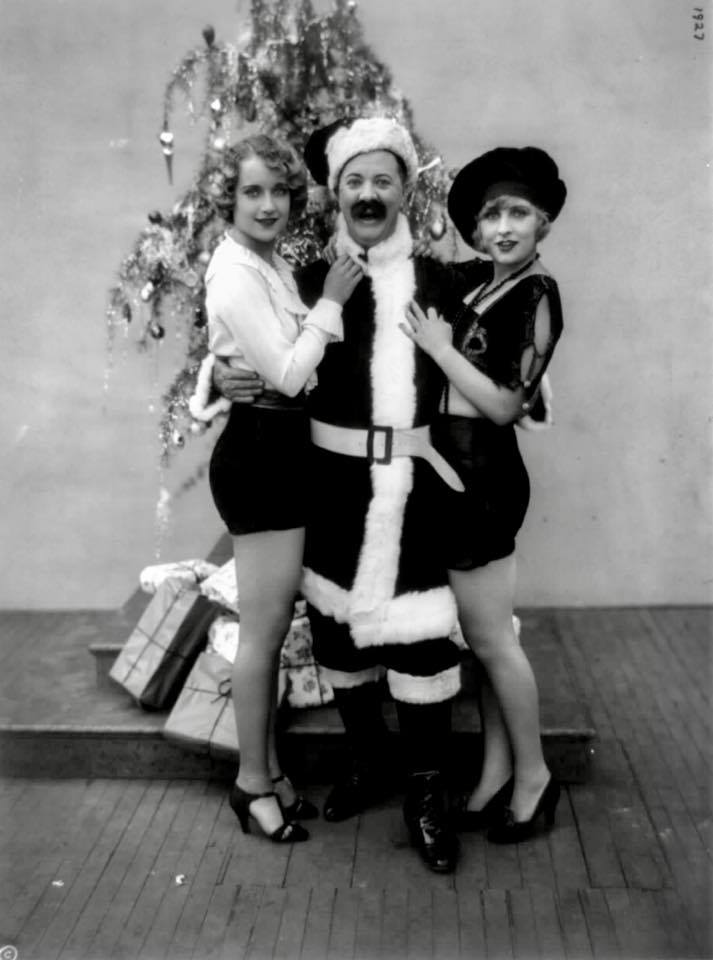 OK, let's take that Red Car home. By now, it's evening, and Hollywood Boulevard is aglow for the holidays: 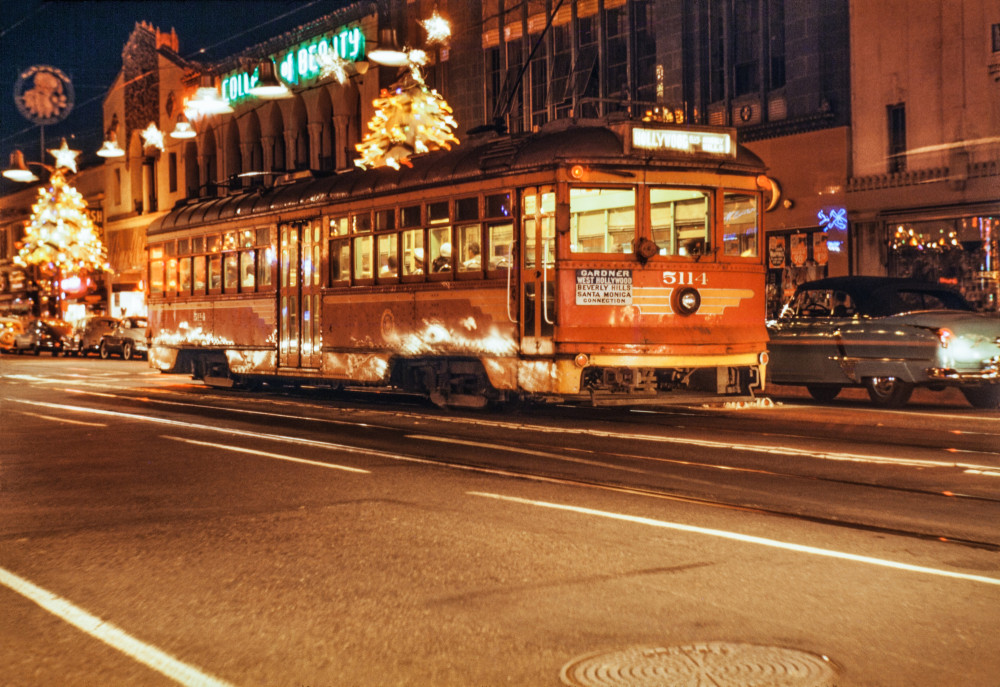